THW employees pelted with rubbish and abused them

In the flood areas, volunteers from the Technical Relief Organization have to deal with angry lateral thinkers and frustrated flood victims. Emergency services sometimes removed their name badges - for security reasons. 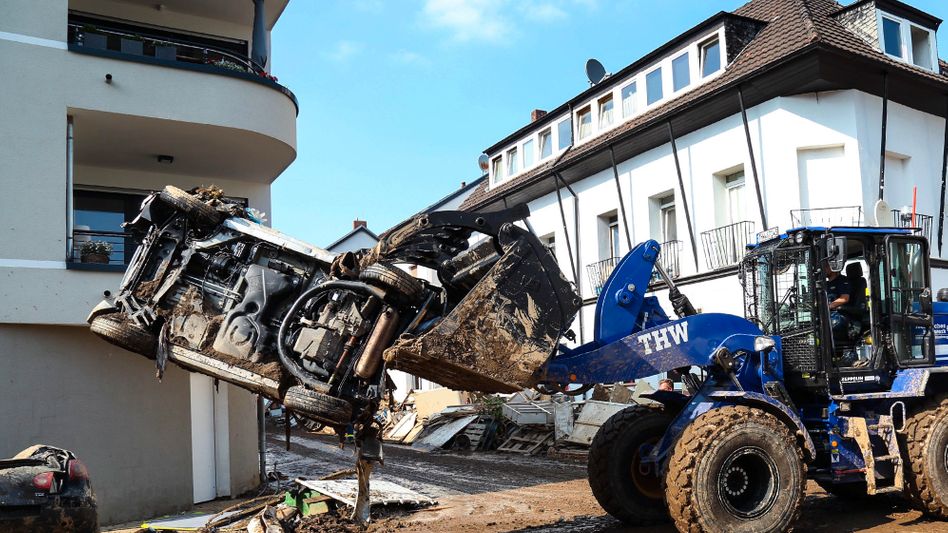 Emergency services from the Technical Relief Organization (THW) sometimes have to fight attacks and insults in the flood areas.

"If you are on the road with emergency vehicles, you are thrown with garbage," said THW Vice President Sabine Lackner in the "Frühstart" of RTL and ntv on Saturday.

“It goes so far that our helpers are insulted”.

At some locations, THW employees were filmed by people who did not identify themselves as the press.

Lamented Lackner, there were frustrated flood victims behind the attacks, but above all people from the lateral thinker and prepper scene who pretended to be affected and consciously created a mood.

Preppers are people who equip themselves with all sorts of supplies and equipment for any disaster.

"That is very, very regrettable and burdens our emergency services." However, no operation has yet been canceled because of the incidents.

Psychologically, however, the situation is very stressful for the many volunteers.

According to Lackner, around 30,000 people in the flood areas currently have no drinking water, no electricity or even have to do without both.

The THW is preparing for a longer mission.

"We are currently assuming that we will be there for a few more weeks." 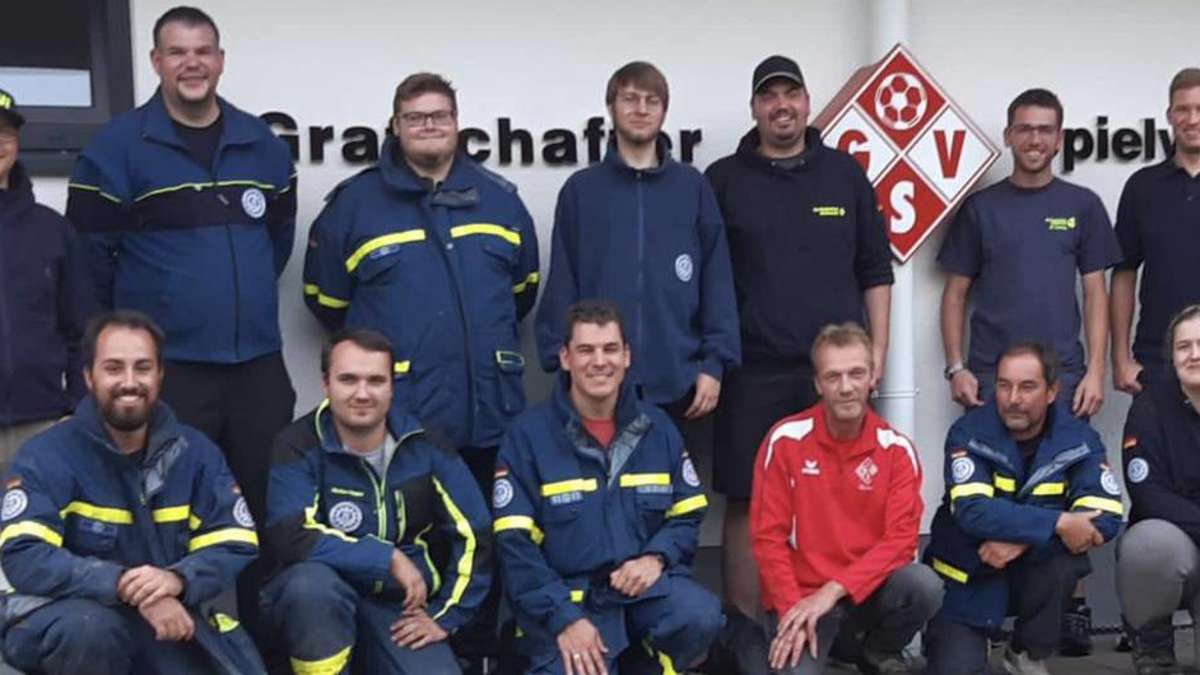 Biggest commitment in the history of the Dachau THW 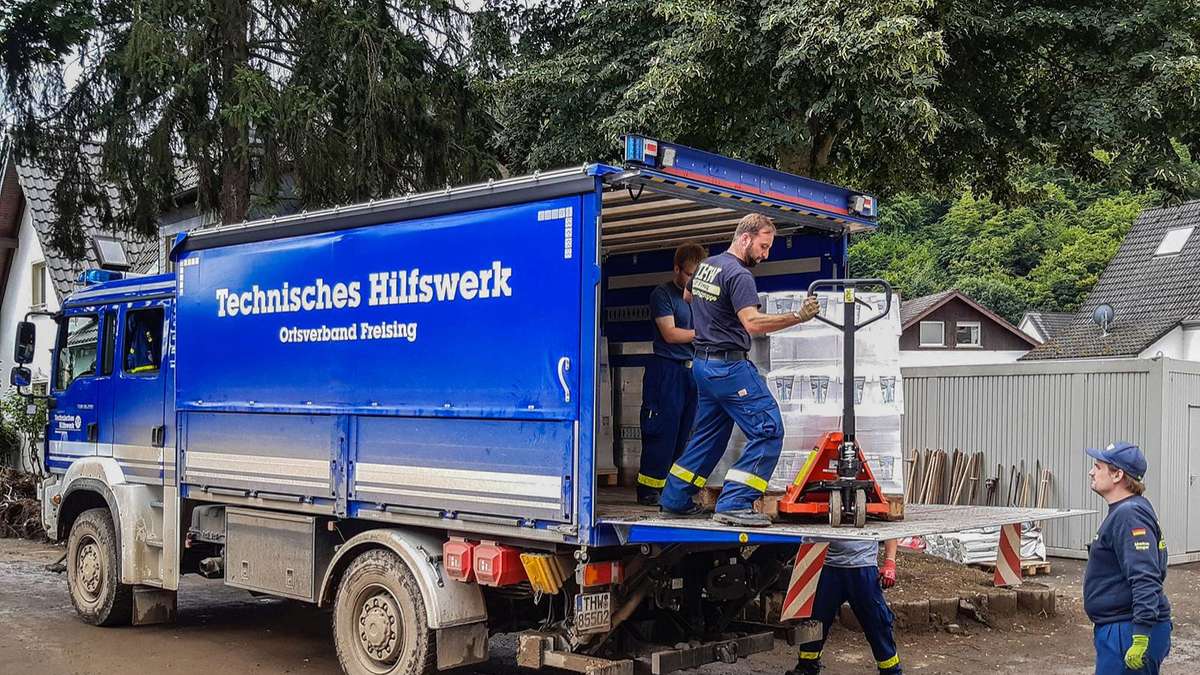 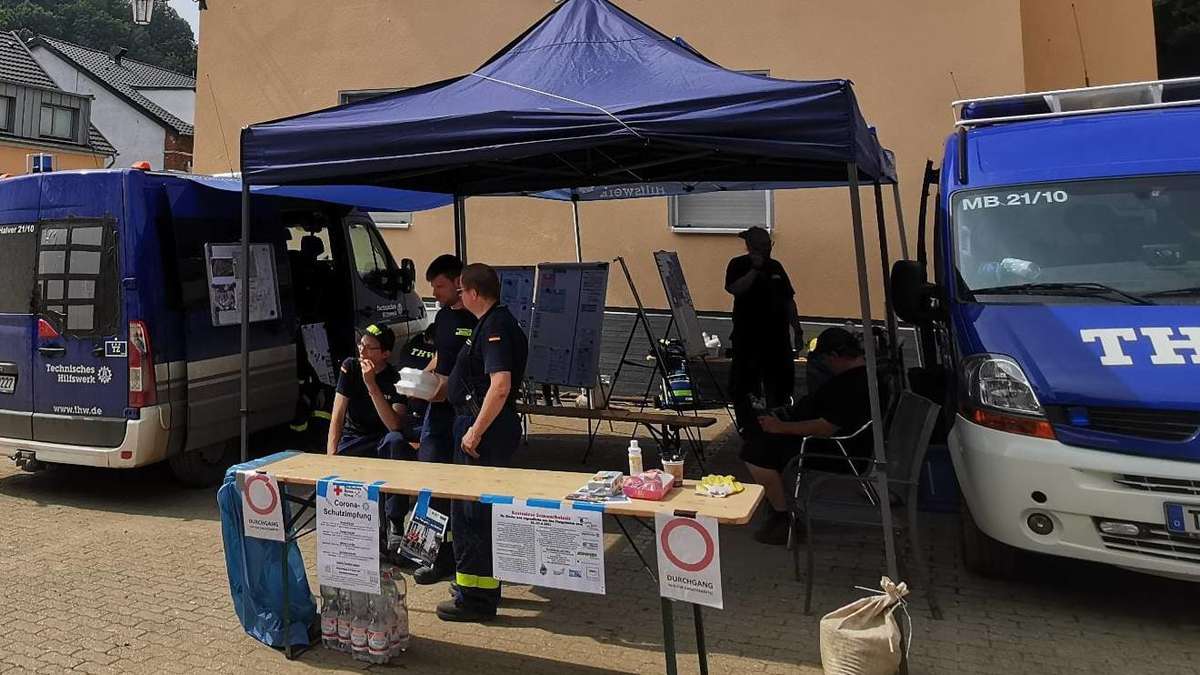 Two weeks in the disaster area: THW Miesbach reports on deployment in Rhineland-Palatinate

THW employees pelted with rubbish and abused them