After the fatal explosion in a waste incineration plant in Leverkusen, the search for several missing persons continues. The hope of finding her alive is fading.

Black smoke over the Chempark Leverkusen

At least two people died when a huge explosion occurred on Tuesday in the tank farm of the disposal center in Leverkusen.

According to the operator, more than 30 other people were injured in the incident in the Chempark.

(Read here what is known so far)

According to the Chempark manager Lars Friedrich on Tuesday evening, two people died, 31 were seriously injured, and one of them was in mortal danger.

The hope of finding the missing people still alive is diminishing, Friedrich said in the evening.

The huge explosion, which according to witness reports could be heard within a radius of many kilometers, occurred in the tank farm of the Bürrig disposal center.

The cause is still unclear.

The company anticipated that it could take some time before the first insights are available.

According to the North Rhine-Westphalian Interior Minister Herbert Reul (CDU), there was a risk of explosion in a second tank after the fire.

The fire brigade was able to avert the danger.

Around 300 firefighters were on duty.

North Rhine-Westphalia's Prime Minister Armin Laschet (CDU) thanked the rescue workers on Tuesday, "who had prevented worse things through their courageous efforts" and continued to search for missing people under high pressure, as the State Chancellery announced.

Over 70 companies are located at the three locations in Leverkusen, Dormagen and Krefeld-Uerdingen.

The explosion could be heard as far as Bergisch Gladbach.

A huge cloud of smoke rose that could be seen for miles.

The police temporarily closed several highways around the facility.

According to Chempark manager Friedrich, among other things, chlorinated solvents burned.

At first it was said that an exact analysis of the cloud was not yet available.

It cannot be ruled out that it also contains toxins.

The explosion occurred in the hazardous waste incineration plant of the disposal center.

According to Friedrich, three tanks containing solvents - production waste from Chempark customers - with a filling level of 200 to 300 cubic meters per tank were affected.

The fire could only be brought under control after hours.

"The extinguishing work had to wait until a power line was disconnected from the grid," the city explained.

Playgrounds closed, warning against consumption of fruit and vegetables

Residents were asked to go to closed rooms and to keep windows and doors closed.

In the afternoon, Leverkusen lifted the warning for most parts of the city - it only continued to apply in the particularly affected district of Bürrig.

According to the State Environment Agency (LANUV), it is not yet possible to assess whether »relevant substances« can be found in the precipitation after the fire. The city of Leverkusen temporarily closed playgrounds in the Bürrig and Opladen districts. Experts warned against eating fruits and vegetables from your own garden. Chempark manager Friedrich called on the population not to touch any precipitation, but to inform the fire brigade.

Marius Stelzmann from the Coordination Against Bayer Hazards Association (CBG) spoke of a near-meltdown: "Bayer / Currenta are playing with fire." The incident shows "once more the dangers posed by the production and disposal of chemical substances when they are used to maximize profit serve".

Bayer and Currenta must inform the public about what exploded and burned there and how such events are to be prevented in the future. 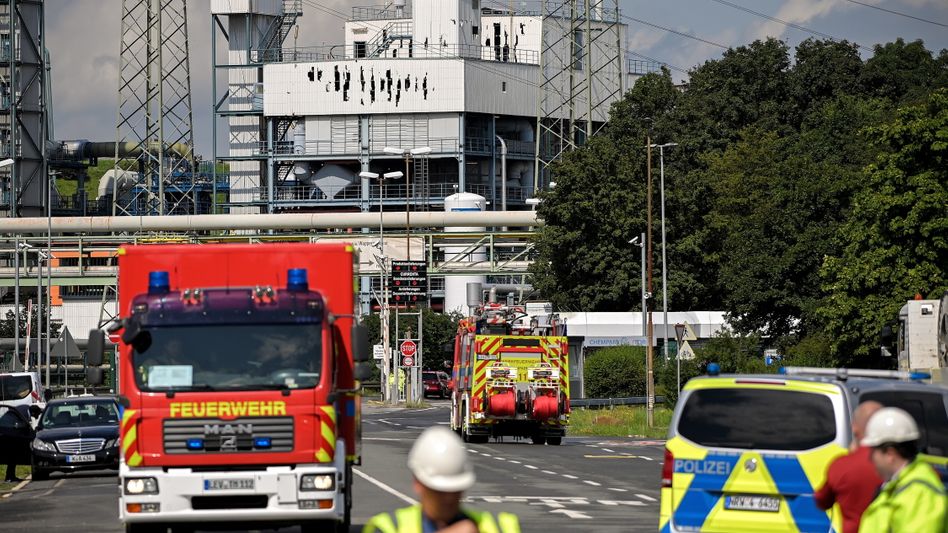 Leverkusen: After the explosion - the police are investigating the scene of the accident 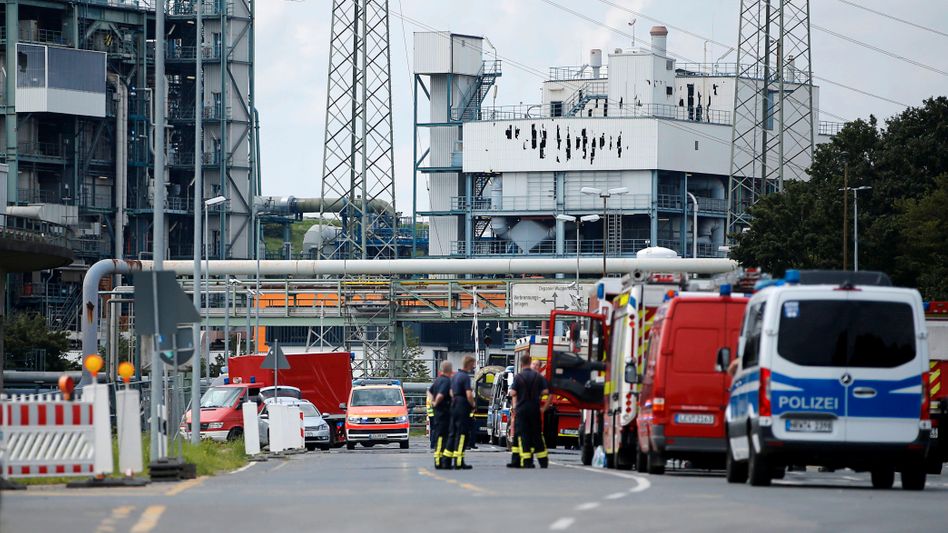