Billie Eilish is not so depressed anymore

The star releases her second album, 'Happier Than Ever', with two challenges: reconnecting with the concerns of generation Z and knowing how to manage the overwhelming fame

When she was 15, Billie Eilish hid razor blades in the corners of her room.

“I always had band-aids on my wrists.

I locked myself in the bathroom and made me bleed because I thought I deserved it, ”he reveals in the documentary

The World's a Little Blurry

premiered in 2021. For two hours and 20 minutes it is narrated how a Californian adolescent complexed with her body conquered the musical world from her bedroom while she drew monsters in her diary and wrote down things like: "I have an intense feeling of absolute end" , "It hurts even when it doesn't" or "no matter what happens, I'll always be broken." That girl who exposed adolescent terrors in her lyrics connected like no one with Generation Z (those born between the mid-nineties and 2010) with the 2019 album

When We All Fall Asleep, Where Do We Go?

She has changed her dark tint with green streaks for an optimistic platinum blonde, a sign that she has assumed the melancholy as a travel companion.

And he has titled the album

"I'd like people to think when they hear the record, 'Oh God, I didn't know I felt this way, but this is how I feel.' And maybe they will make a change in their life that will make them happier, "says the singer (Los Angeles, 19 years old) in the promotional video for the album. But in his most extensive interview to date, for the July cover of

, he worries that one idea will be clear: "Almost none of the songs on this album are upbeat."

Despite the title, Eilish persists in exposing emotional worries that are no longer just those of an ordinary young woman stunned by a tottering world that is far from understanding her. In one of the topics,

talks about a date with a boy whom he takes home and when he leaves he must sign a confidentiality document so as not to disclose the intimacy of the meeting. She is a megastar, in case the boy was clueless. One of the themes of the album that did not appear in the previous one is the incorporation into his life of the evil fame. Because many things have changed since, at the age of 14, he published his first song,

, on the SoundCloud platform

Today, Eilish has seven Grammy Awards, has starred at Coachella (the most media festival in the world), was number one in sales in 17 countries, has composed the title track of a James Bond film and adds more monthly listeners on Spotify (48.6 million) than Taylor Swift (41.3 million) or Beyoncé (32.2).

As in the previous album, he produces and advises his brother Finneas, 23 years old, the man next to the star: confidant and soothing to Eilish. Finneas throws this desperate reflection on the documentary: “I feel like I'm in a minefield because [the record company and the managers] have told me to compose a hit, but at the same time I can't tell Billie that we should compose it. Billie, in general, hates composing. He believes that the more popular he is, the more hatred he will generate on the internet ”. They form a complementary team: the older brother, cerebral and practical, making his talented sister see reason, too artistic and sensitive to "want to write a hit."

not disappoint seekers of gloomy omens. The demons are still there, crouching to present themselves at any moment. Emotional abuse, lack of confidence, self-affirming messages, stalkers on social networks (he quotes one in a letter as “Satan”)… “Try not to abuse your power. / I thought I was special. / But you made me feel like it was my fault. / You're the devil, you've lost your appeal, ”he moans in

, the story of a man who exploits a minor. Followers speculate that he refers to his relationship, now over, with rapper Brandon Quention Adams (known as 7: AMP).

The singer with her brother and producer, Finneas, in March 2021 at the Grammy ceremony in Los Angeles. (C) Kevin Mazur / Getty Images for The Recording A

Musically, the album is built from the electronic embers that Finneas produces, either in a soft tone, almost like a ballad, or in a pop key. And always with the voice as a fundamental element. Eilish expresses herself with a strange mix of passion and sensuality, leaving room for the listener to hear her breathing. Among the inspirations for the album, he has cited Frank Sinatra, Peggy Lee and especially Julie London, a Californian actress and singer with a sexy and whispery voice who had great success in the 1950s. Perhaps the young star also identifies with the personality of London (who died in 2000 at the age of 74), withdrawn and introverted and with an allergy to fame.

Eilish has become independent from the family home and it is foreseeable that her parents, Patrick and Maggie, will no longer travel with her on tour, as they stickily did with the previous album, when she was only a teenager. The year and a half of the pandemic has been a parenthesis for what awaits him. Katy Perry, who knows something about being in the eye of the hurricane, seems to hit the target at one point in the documentary. He approaches to greet her with his partner, the actor Orlando Bloom (whom Eilish, incidentally, did not know: things of generation Z), to the dressing room of Coachella and, between hugs and kisses, says: “Billie, you life is going to be crazy in the next 10 years, so if one day you need to talk, give me a call… ”. 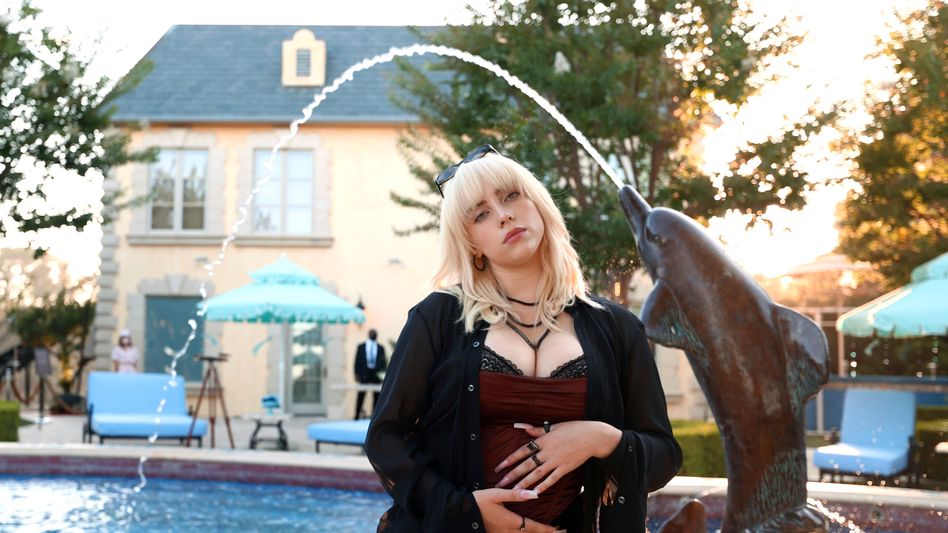 Go away! Then I'll let you get very close: This is what Billie Eilish's second album "Happier Than Ever" sounds like. 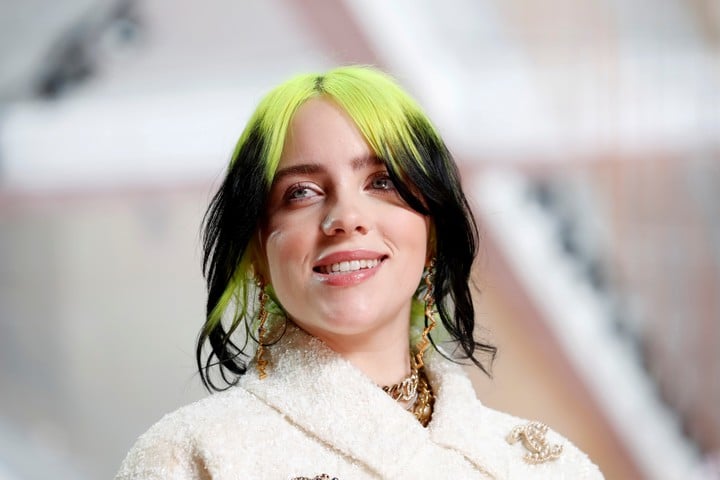 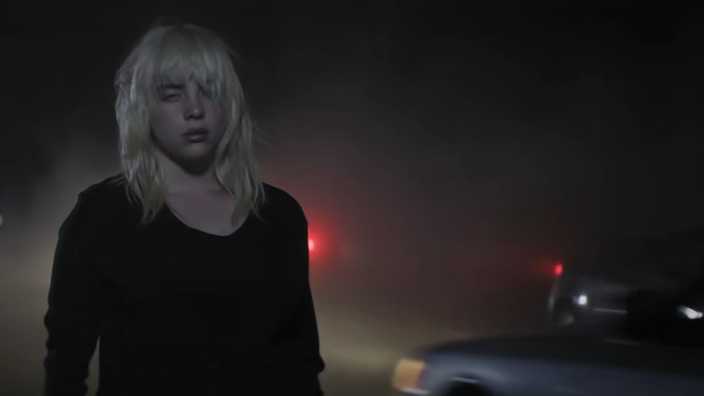 Billie Eilish says she is "happier than ever", but still looks so tortured in NDA 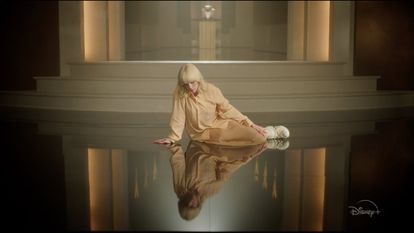 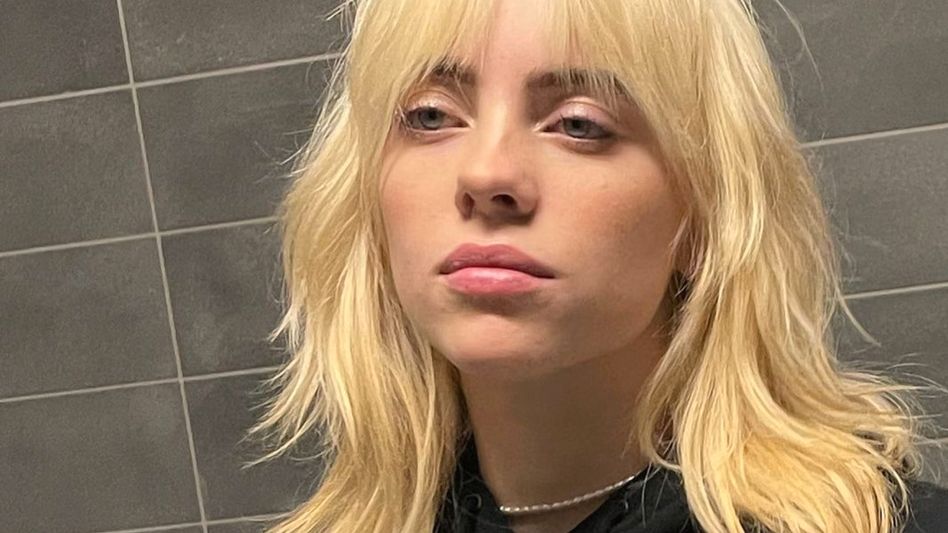 Billie Eilish with new photos and new hair color: her image, her rules 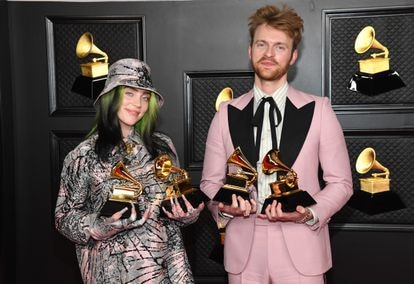 Billie Eilish is not so depressed anymore 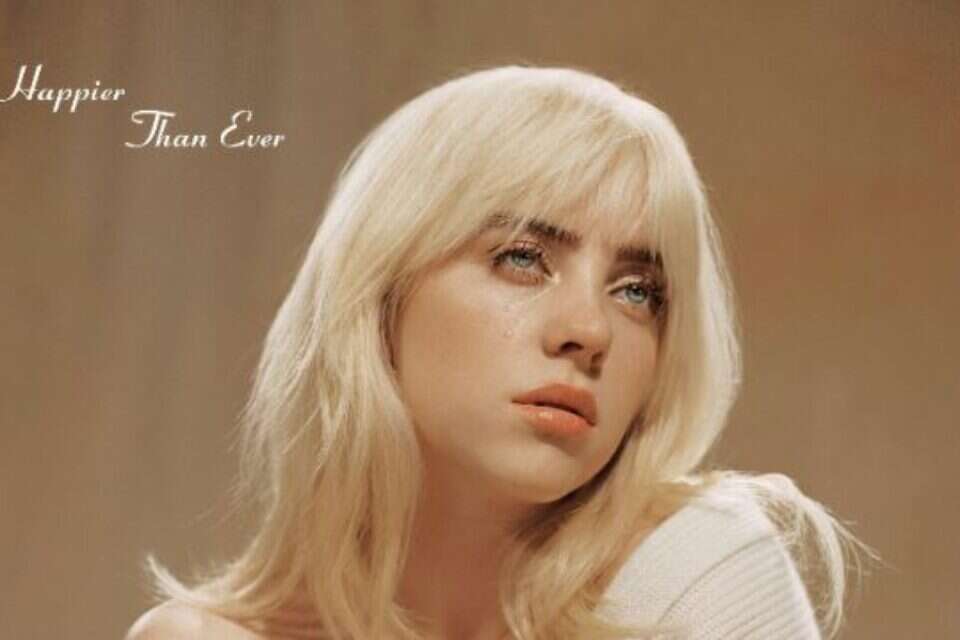 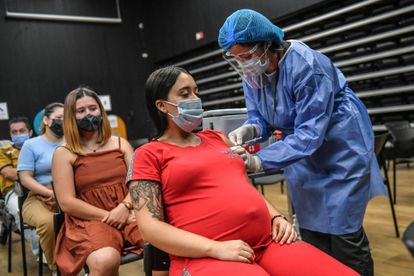