For decades, the recordings were disregarded in a cellar. With the concert film "Summer of Soul" the musician Questlove pays tribute to the "black" Woodstock from 1969. Emotional and electrifying. 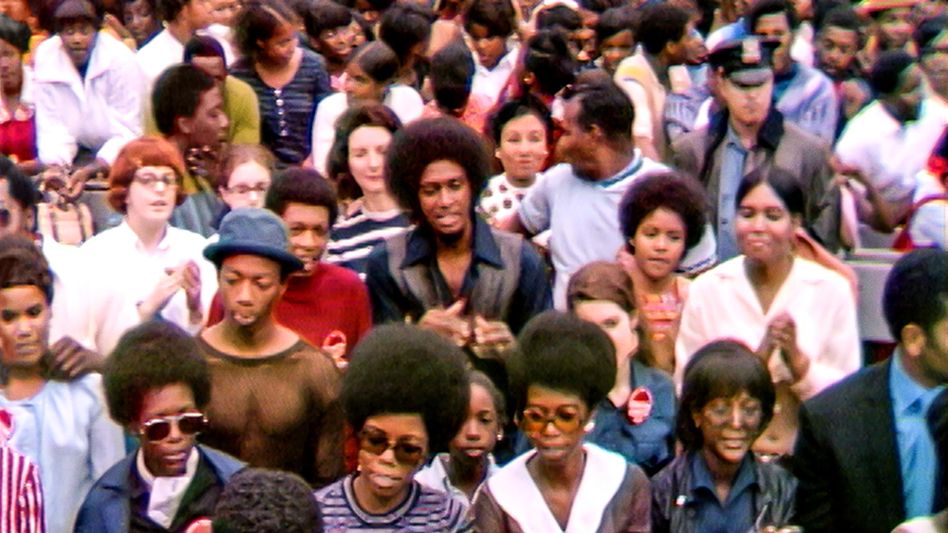 Black and proud: Audience at the Harlem Cultural Festival in the summer of 1969

The summer of 1969 was one of the historic events, especially for the USA: the world watched with spell when the astronaut Neil Armstrong became the first person to step on the moon on July 20.

A month later, the public marveled at a major pop culture event on a meadow in Bethel, New York, to which around 400,000 hippies made a pilgrimage and cheered the rock heroes of the counterculture era.

Mind you, the white counterculture.

For the African-American and Hispanic communities in America, the biggest historical event of this hot summer was a different one: the Harlem Cultural Festival, which was held over six weekends between June and August in the middle of the Afro-American district of Manhattan - curated by the black singer and entrepreneur Tony Lawrence , supported by the liberal white Mayor of New York City, John Lindsay, guarded by militias of the Black Panther party because the police refused to provide security in the hot spot.

The situation in the city was tense: in the metropolitan areas of the USA, African Americans were fighting against poverty and drugs, crime and crumbling infrastructure at the end of the 1960s, and at the political level there was sometimes a militant argument about institutional racism and civil rights. The demonstrations against the war in Vietnam also heated the mood. Rioting and violence were the order of the day.

Despite the explosive situation, the festival was a series of peaceful, family-friendly open-air concerts, at which soul and R&B superstars such as Stevie Wonder, the Temptations and Nina Simone performed in front of around 300,000 visitors - a respite: It was »like a huge barbecue festival ", as one of the visitors calls it, and at the same time a meaningful moment of awakening of a self-confident and proud

So how is it that everyone knows Woodstock, but hardly anyone has ever heard of the Harlem Cultural Festival, an event of at least as great importance in pop culture?

The live recordings of the festival, which the filmmaker Hal Tulchin made with a small crew on video material that was still unorthodox at the time, boxes full of tapes and cassettes, were stored in his basement for almost 50 years. Nobody was interested. While the festival was running, a local New York station showed summaries several times, but the recordings have not been used for films and documentaries since then, despite Tulchin's many unsuccessful efforts. Until now.

Shortly before his death in 2017, Tulchin gave his treasure to the hip-hop musician and pop intellectual Amir Thompson, who plays the drums under the name Questlove for the rap group The Roots and the studio band of Late Night Talker Jimmy Fallon directs.

Like a DJ, he curated a sensational and very disturbing concert film out of the jumble of material, the "black" counterpart to Michael Wadleigh's famous Woodstock documentary, so to speak.

He won the audience award and the jury's grand prix at this year's Sundance Festival.

Starting this Friday, "Summer of Soul" can be seen on the streaming service Disney +.

"It wasn't just about the music"

The stunning music performances alone are worth watching: Stevie Wonder, the young, blind Motown star, who discovered his own musical voice and identity at the time, opens the series of unprecedented performances with a furious drum solo. Soul singer Mavis Staples sings together with gospel icon Mahalia Jackson the favorite song of Martin Luther King, who was murdered the year before, "My Precious Lord". Nina Simone, the grande dame of R&B and jazz music, presents her touching ballad "To Be Young Gifted and Black" to the public for the first time, sings her ghostly "Backlash Blues" and recites an angry poem by David Nelson over driving bongo beats, Member of the radical soul group The Last Poets: "Are you ready to smash white things, to burn buildings, are you ready?"she shouts into the crowd five years after the infamous, violent Harlem Riots.

However, she prefers to celebrate peacefully. “Are you ready to build black things?” Is a more constructive message from Simone's sermon that is more popular. "We wanted progress," says R&B singer Gladys Knight in an interview clip. “Something important happened these days. It wasn't just about the music ”. 1969 was the decisive year in which the word "Negro" died and "Black" was born, according to the Reverend and civil rights activist Al Sharpton.

The audience celebrated this new self-image with colorful African dashiki robes, proud, unrestrained Afro hairstyles and gospel chants. The South African jazz star Hugh Masekela performed as well as the Cuban percussionist Mongo Santamaria. The festival in Harlem also symbolized the solidarity between the Afro-American and the Puerto Rican-Cuban population of New York, who felt themselves to be marginalized by the white majority society. "Forget the moon," says one of the festival-goers mockingly in the film about the Apollo mission in space, "they should rather bring some of the money here."

The world public took no notice of the events in Harlem, the cultural revolution was not televised nationwide, as New York musician Gil-Scott Heron summed up in one of his most famous songs a year after Harlem. "When the Revolution could not be televised" is also the subtitle that Questlove gave to his two-hour film.

The 50-year-old, an accomplished essayist and critic in the field of black pop culture history, is still stunned that even he knew nothing about the festival and its importance for a long time. "The fact that 40 hours of footage was withheld from the public is evidence that there is historical revisionism," Thompson said in the film's press release. He wanted to ensure "that the extermination of blacks" no longer took place during his lifetime.

He is already receiving a lot of messages from people who are also in possession of forgotten historical recordings about black culture. The story of the Harlem Cultural Festival is “not the only story out there,” said the debut director at a recent Zoom conference with journalists. More than ever, he is obsessed with the "correct presentation of history".

That may sound radical. But Questlove's film appears at a time when the struggle of Afro-Americans for social recognition is hardly less bitter than it was 50 years ago: Despite high-profile protests against racist police violence in the wake of the “Black Lives Matter” movement and the creation of the nationwide “Juneteenth” "Holidays, conservative US Republicans are currently trying to level out educational achievements like" Black History Month "in schools: It's best not to talk about centuries of slavery and oppression in class.

The only music act that appeared in both Harlem and Woodstock was the then revolutionary and successful soul band Sly and the Family Stone ("Higher"), which rarely had white members at the time . Jimi Hendrix, one of the few African American artists in Woodstock, would have liked to perform in Harlem, but was not allowed to. Why, even Questlove couldn't find out during his electrifying trip into the soul summer of '69. 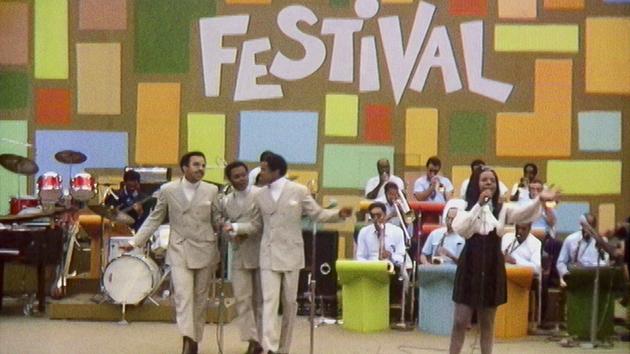 Where to watch the 15 Oscar-winning films 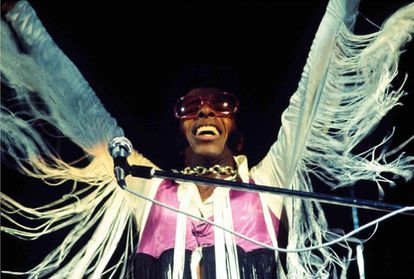 The story of Sly Stone, the kaleidoscopic genius who destroyed his glory 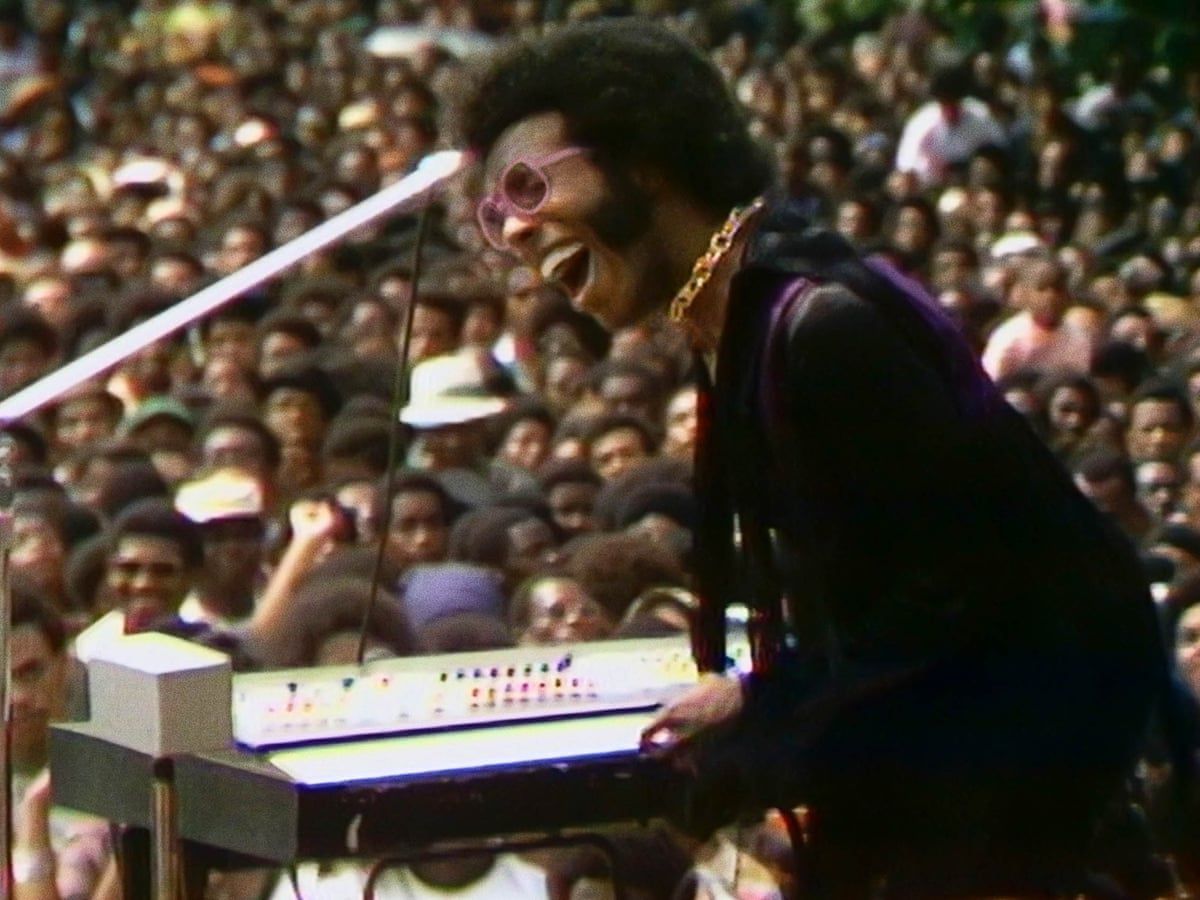 Oscar 2021: Soul director reveals the secrets of the winner of best animated film 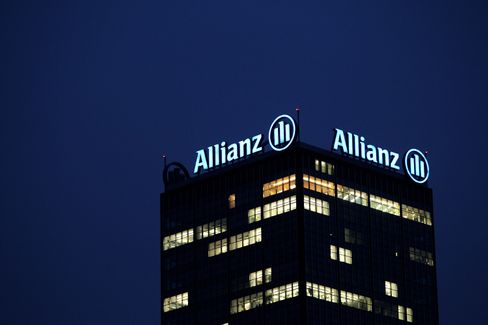 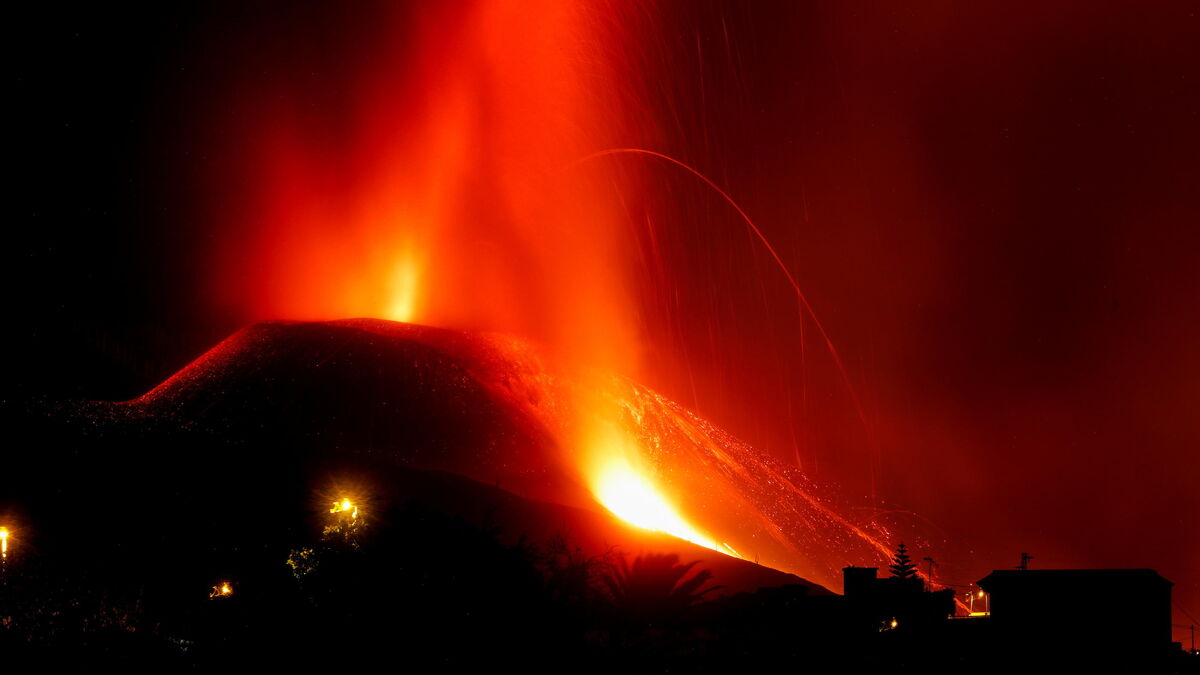 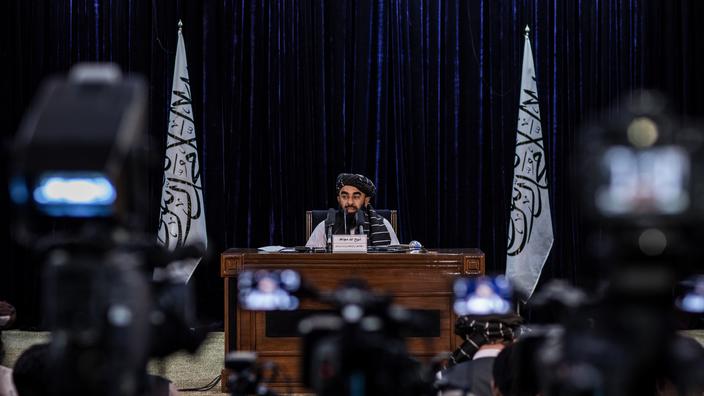 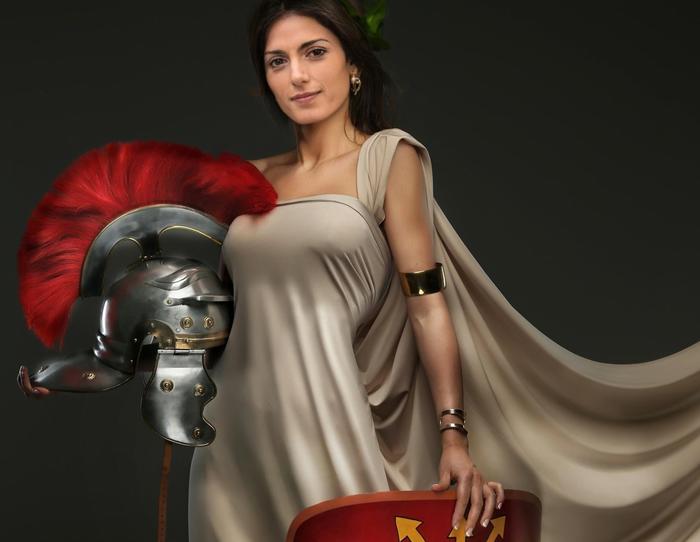 Grillo posted the photo of Rays gladiatrix: "Forward with courage" 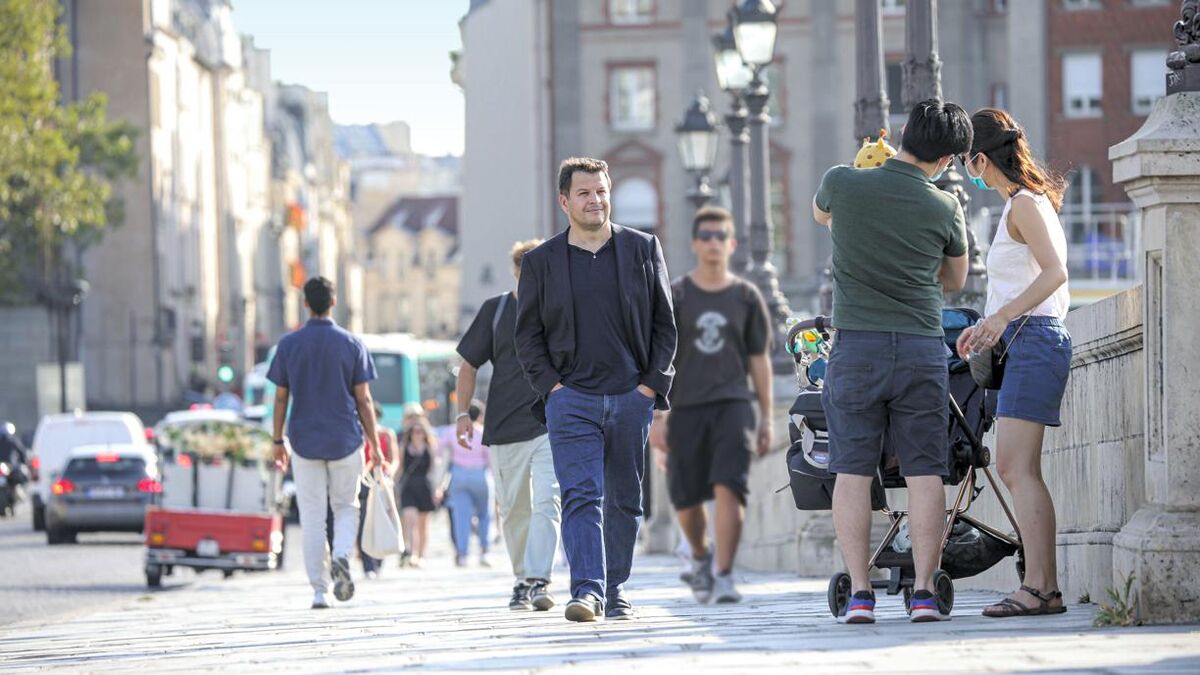 On a stroll in Paris with Guillaume Musso: "The Seine is the promise of a novel, of adventure" 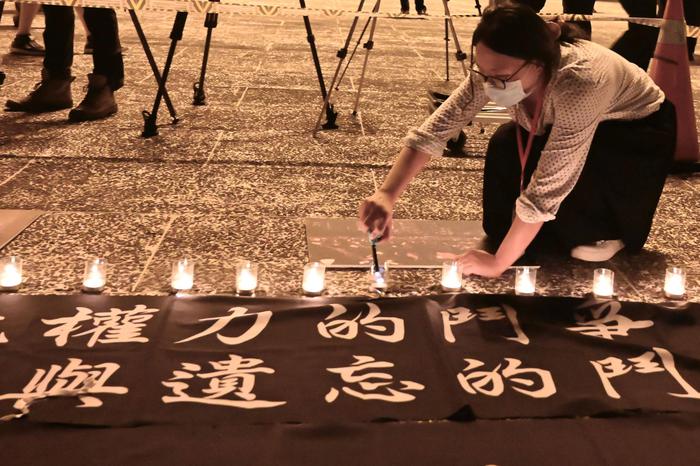