The US faces a social and political storm over the coronavirus

Faced with outbreaks of the Delta variant and the reluctance of a sector to be vaccinated, Biden announces that federal employees will have to choose between being immunized or being tested and wearing a mask 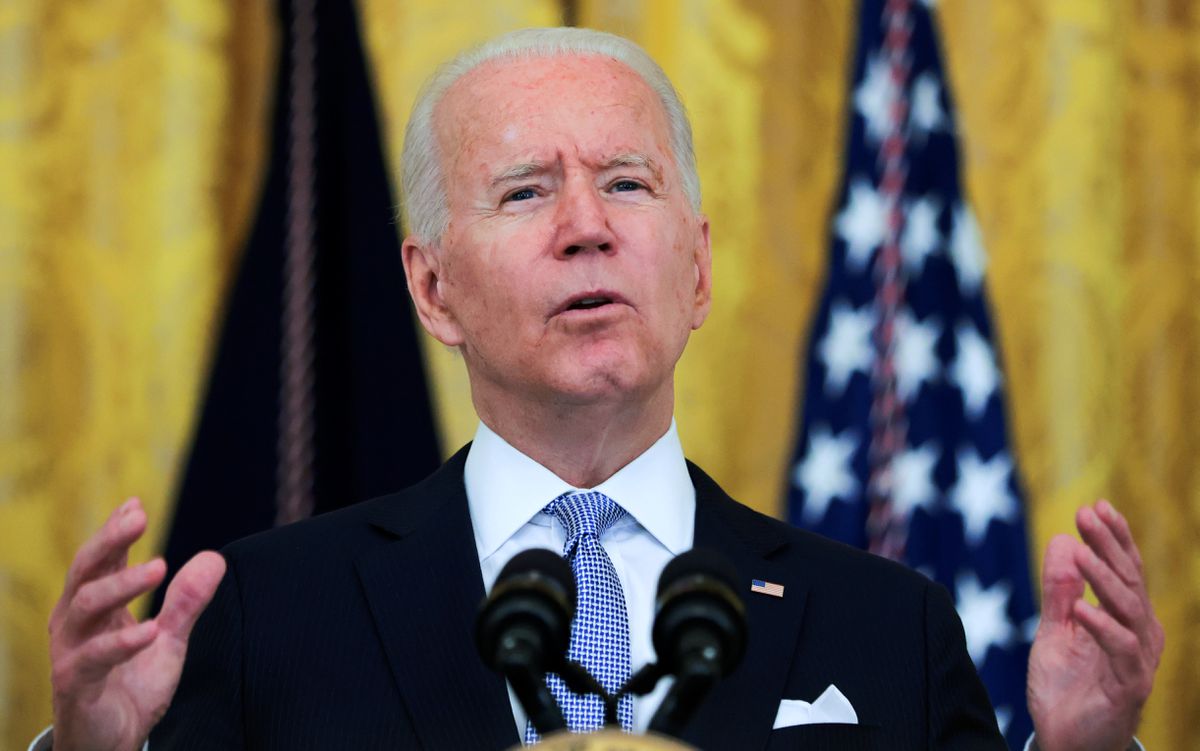 In the White House's penultimate attempt to stem the rebound in the coronavirus pandemic that affects more than two-thirds of the country, President Joe Biden announced Thursday that federal employees must be vaccinated or otherwise face evidence of covid-19 and wear a mask, regardless of the work they develop.

Never before has the president been seen so concerned, imploring his fellow citizens to come and get vaccinated, begging them for responsibility to end the nightmare.

The measure of the Democratic president aims to encourage vaccination in the United States, which has not yet reached the total of 50% of the population, amid growing outbreaks due to the Delta variant of the virus. "We are facing the pandemic of the unvaccinated," declared the president in a speech from the White House, recalling that 90 million inhabitants were still not vaccinated. Biden insisted on several occasions that neither vaccines nor masks should be a political issue. "This is not about red [Republican] states or blue [Democratic] states, it is about life or death," the president proclaimed. From the pulpit offered by the White House, he glossed the virtues of vaccines with the aim that people go to a place and get their inoculation, free of charge. “It's not just about protecting yourself,but to protect others ”.

The president spoke of "freedom", referring to those who wave this word as a right not to get vaccinated. Biden was very explicit in saying that freedom comes with “responsibility” and that being responsible means getting vaccinated. During his speech, the president narrated how people who are seriously hospitalized then request the vaccine. "No, I'm sorry, it's too late," Biden said, putting himself in the shoes of a doctor before an infected and unvaccinated patient.

Fear and misinformation were for Biden the two most important reasons why the US population was putting their family, friends, neighbors at risk. "Now, go now and get vaccinated," he encouraged. The only way to overcome the pandemic and leave the deadly virus behind is by listening to science and inoculating, the president said. The president ended his speech with a gesture that he usually makes every time he appears before the press to talk about coronavirus: he took from his jacket pocket a note in which every day he updates the number of deaths in the United States due to the pandemic. The figure for this Thursday morning was 609,441 deaths. “They are more dead than those caused [for Americans] by the First World War, the Second World War, the Vietnam War, the September 11 attacks,and the wars in Iraq and Afghanistan ”, concluded the president.

I know people talk about freedom, but with freedom comes responsibility.

Your decision to be unvaccinated impacts someone else.

For the people you love.

And for your country.

Biden does not force citizens to get vaccinated, but he is determined to serve as an example to the private sector, companies and institutions so that workers return to their workplaces.

The federal government is the largest employer in the United States, with more than two million civilian workers and nearly 570,000 salaried employees working in the North American postal service.

The president announced more incentives for people who get vaccinated, such as getting $ 100 in exchange for inoculation or paying for the hours of work that companies say they lose by going to get a puncture.

The politicization of the pandemic increases

With each passing day, the politicization of the pandemic is greater. Republicans in Congress are expressing their complaints these days after the health authorities announced the need to return to masks, even in the case of vaccinated people. As an example of the existing confrontation in the country is the case of the governor of Florida, Ron DeSantis, who last Wednesday took his son out of a summer camp in which he had to wear a mask. "Experts have made known their legitimate fears that masks harm more than protect, as they can have a negative impact on their learning, their speech and their emotional and physical health," declared the Republican on Thursday.

Faced with the social and political storm that is here to stay, there are many voices that are raised on both sides, whether they are in favor of the imposition of face masks or those who continue to defend their right not to be vaccinated. All this when more than 70% of the country lives in areas where there is a "high" or "important" risk of contagion. This Thursday, Washington, the nation's capital, announced the mandatory use of masks indoors, thus retracing what has been done since April.

In the political battle, the Speaker of the House of Representatives, Democrat Nancy Pelosi, called the minority leader in Congress an "idiot" last Wednesday, after Kevin McCarthy expressed that the new regulations recommended by the health authorities for vaccinated people to wear a mask again was "contrary to science." "Make no mistake," said the Republican, "the threat to return to masks is not a decision taken scientifically but a conspiracy by a left-wing government that wants us to live perpetually in a state of pandemic."

Since the beginning of the coronavirus crisis, Republican leaders have insisted that recommendations to protect against COVID-19, such as wearing a mask, infringe on individual freedom. "The Vaccine and Mask Orders: Harassment, Control, Unconstitutionality, Threats to Freedom!" Rep. Georgia Republican Jody Hice wrote on Twitter. That is the level of political polarization that is experienced every day in the United States regarding covid-19.

To date, New York and California have already warned that, starting next September 6 (holiday of Labor Day in the United States), they will require all public employees to be vaccinated or undergo weekly tests of coronavirus.

New York Governor Andrew Cuomo said he was working with unions to get the program up and running "quickly and fairly."

From this week, workers in hospitals managed by the state of New York (and who have contact with patients) will be required to be vaccinated, without the option of substitution with a test.

Other states such as California have already announced similar measures and, according to various media, the Government headed by Joe Biden is considering doing the same with employees of the federal Administration.

All states show an upturn in infections, but the Delta variant is wreaking havoc in Missouri, Arkansas, Louisiana and Florida. From this Wednesday, in Arkansas it is mandatory to wear a mask. In early July, Louisiana averaged fewer than 400 cases a day and now totals more than 2,400, the highest number since January. Jacksonville, Florida, averages more than 900 cases a day. Compared to the previous week, cases in the US have increased by 65% ​​and deaths from coronavirus by 22%.

About 97% of hospitalized patients with coronavirus have not been vaccinated, a figure that gives the measure of the need for vaccination.

The total number of cases in the US amounts to more than 34 million people and deaths exceed 610.00.

Much to President Biden's regret, less than half of US citizens (and 59% of adults) have the full immunization schedule.

Within the population segment from 65 years of age, 90% have at least one dose inoculated and 80% are fully vaccinated.

Vaccination figures drop as age decreases, only 60% of those over 18 years of age have the complete immunization schedule.

Just as some states prepare to open schools in two weeks, as is the case in Virginia, COVID-19 cases among children are on the rise. The American Academy of Pediatrics (AAP) reported more than 23,550 cases of covid-19 in minors last week between July 8 and 15, almost double what was reported at the end of June. Today about 39,000 children suffer from the disease and about 400 have died from it.

The director of the Centers for Disease Control and Prevention (CDC, acronym in English) has emphasized the need to take seriously the virus and the threat it poses to children.

"It is a mistake to say that only 400 of these 600,000 deaths from covid-19 have been in children," said Rochelle Walensky, at a hearing at the Senate Health, Education, Labor and Pensions Committee.

“Children are not supposed to die.

So far, no covid-19 vaccine has been given the green light for children under 12 years of age.

Pharmaceutical companies Pfizer and Moderna continue to conduct clinical trials, but it will likely take months for those children to be able to receive a vaccine.

Faced with a map increasingly covered in red and orange, due to the serious increase in cases, the Biden Administration has decided to keep existing restrictions in place for those who want to travel to the United States.

According to White House sources, cited by Reuters, "at least for the moment" it will continue to be prohibited to enter the US for those who are not US citizens and have spent the last 14 days in any of the 26 countries of the Union European countries that belong to the Schengen area, Ireland, the United Kingdom, China, India, South Africa, Iran or Brazil.

The White House mobilizes to stop "the pandemic of the unvaccinated" 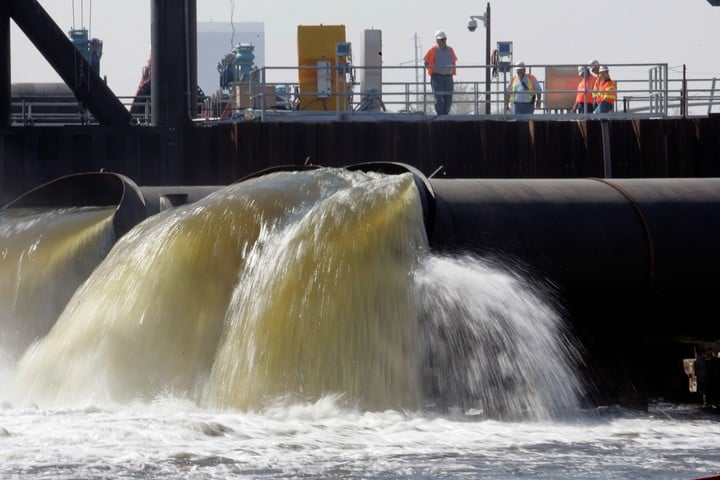 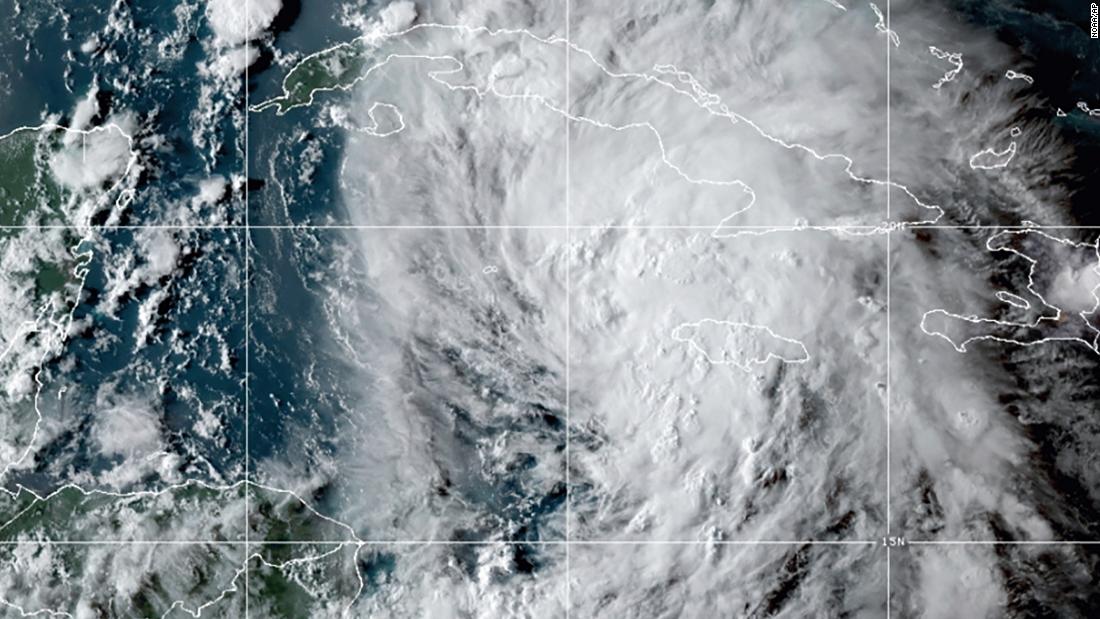 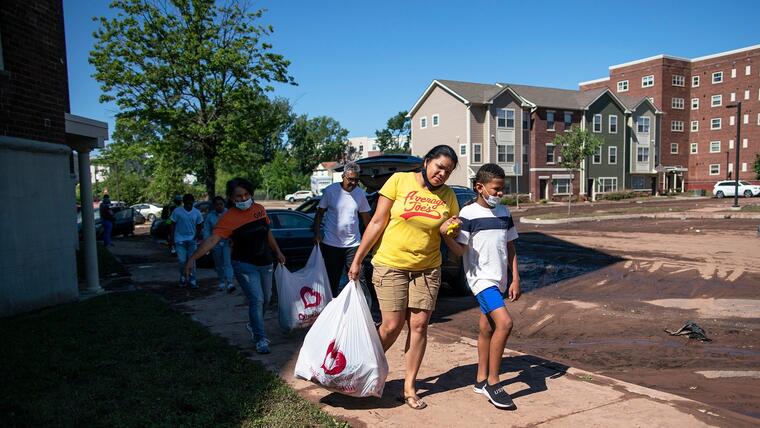 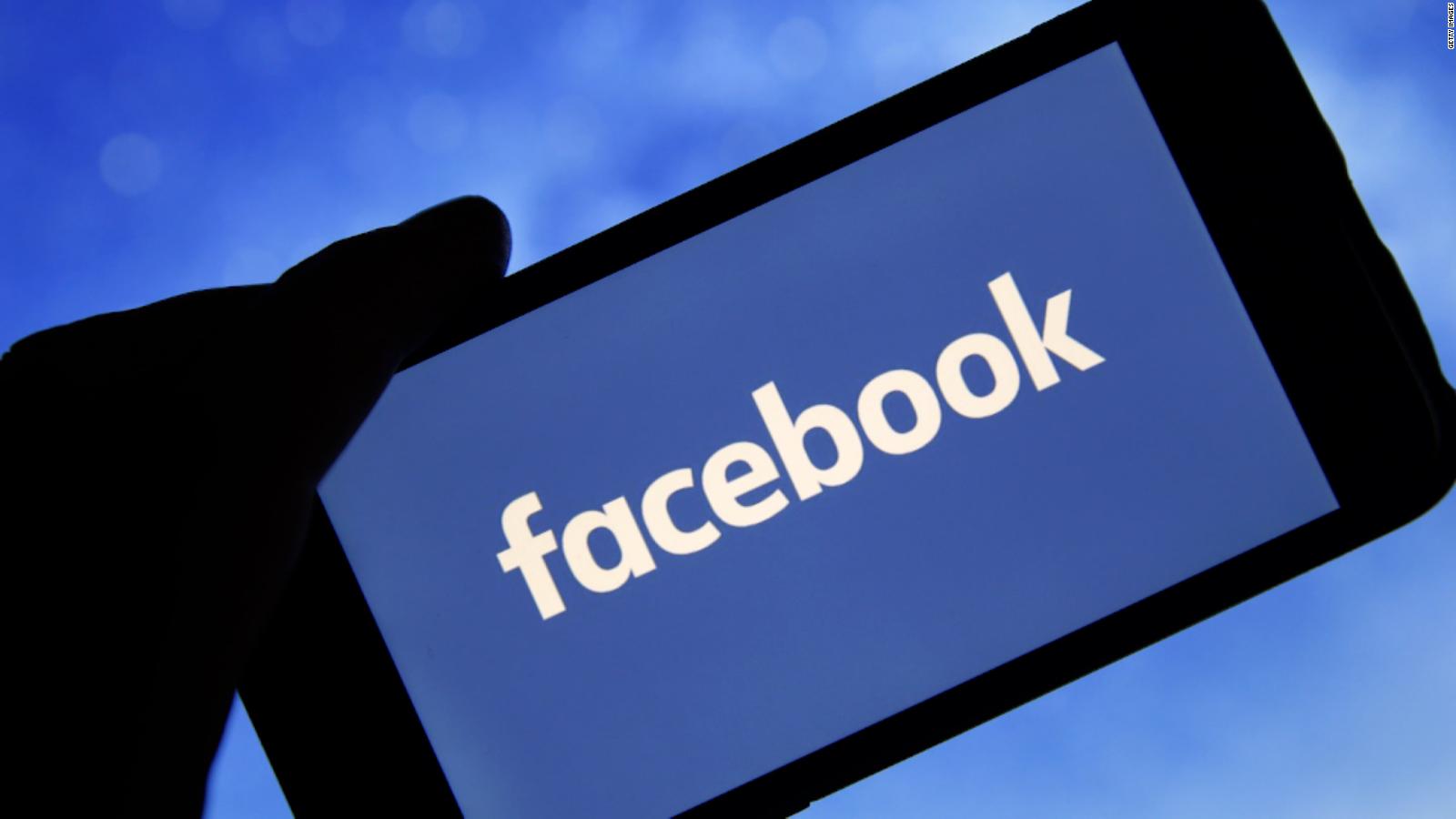 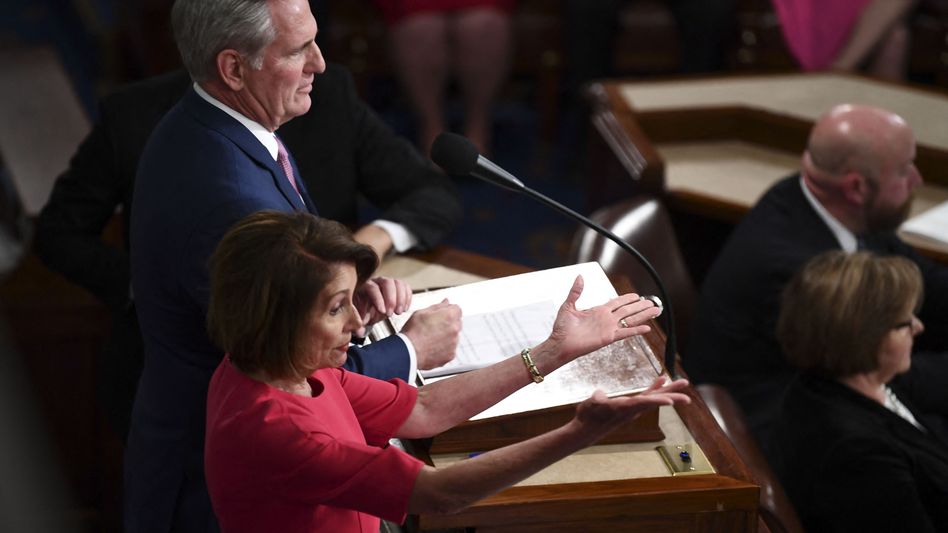 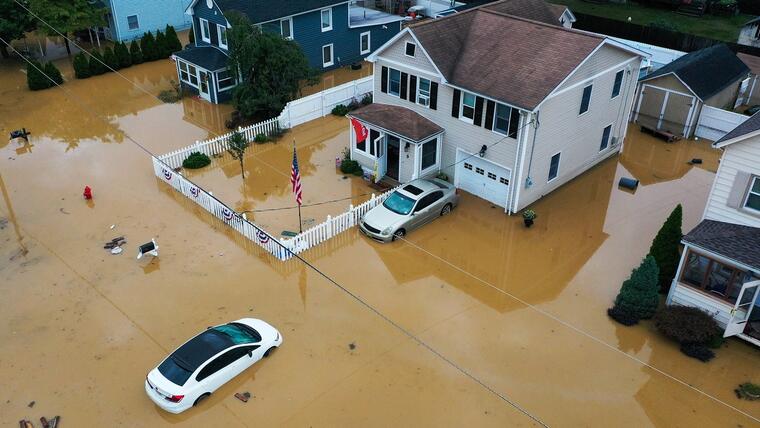 New Orleans orders evacuations before the arrival of Ida, a Category 4 hurricane more powerful than Katrina