It is the strongest in the last 80 years. Experts explain that the causes must be found in the production models. And they warn that the effects will follow. 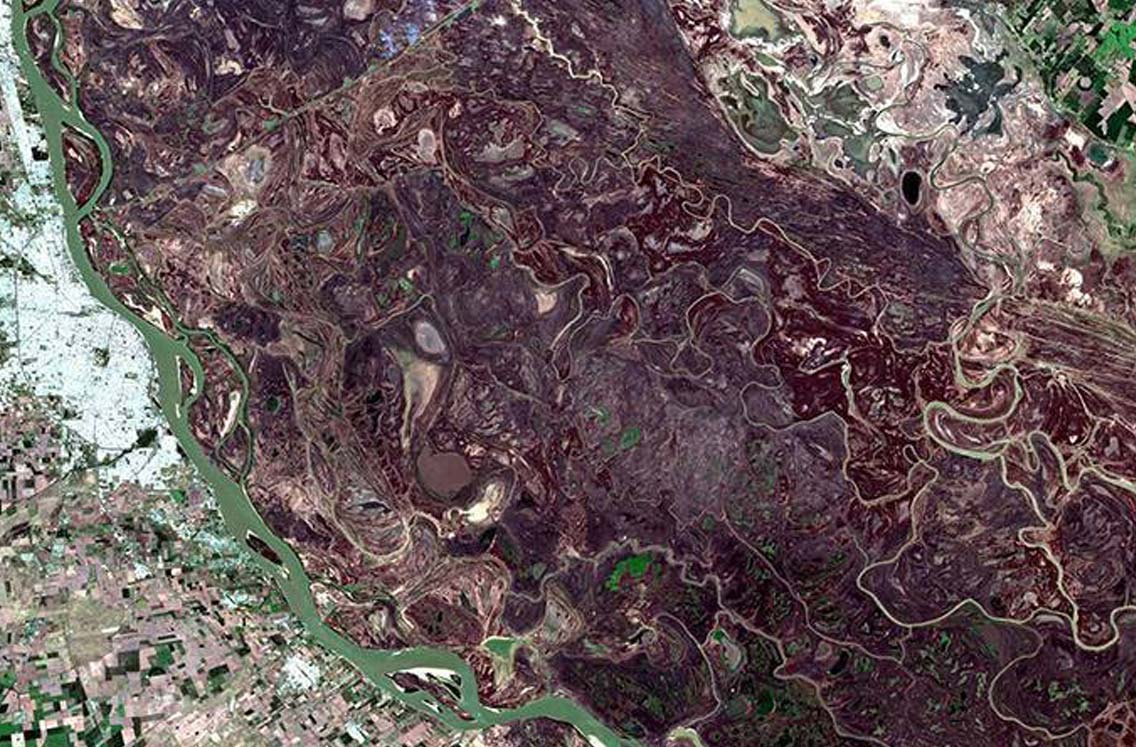 It is the strongest in the last 80 years.

Experts explain that the causes must be found in the production models.

The river used to eat up the land, it swallowed up the shoreline. It was said that the flood could reach houses. That was the historical logic of the Paraná, a branching course whose current dragged,

from Paraguay to the Delta

, not only tones, camalotes and animals, but also commerce and hope. But all that is in danger. The channel is dry in several of its sections as never since 1944. It is the strongest downspout in the

and is, according to the experts and the Government itself,

in the upper Amazon basin.

There would be nothing new in this: behind the drought, there would be the deforestation of the land that pursues the objective of extending the agricultural frontier.

the largest waterway in Argentina.

The islands in front of Rosario before and after the fires

In terms of foreign trade, there is talk of losses of 400 million dollars, thousands of ships that will not be able to load grain and leave for the world.

Those who do, cannot do it with their full load.

In addition, the supply of water for human consumption is at risk in some Argentine riverside towns and the chance of energy loss is also growing: several of

the more than 60 hydroelectric plants that the river has

along its course operate at 50%.

The meteorologist of the Rosario Stock Exchange, José Luis Aiello, predicts a water crisis at least until the end of the year and

The extraordinary descent of the Paraná River is also a record in the amount of time because the waters have remained low for 730 days and the forecast indicates that it will continue until December.

According to an INTA report, the Paraná crisis is not only serious because of the downspout, but also because of its prolongation over time;

and its impact extends to the depths of the territories bordering the river.

what are the ecosystems of Paraná that are at risk?

What are the species?

What cost will they have to pay?

They are not seeing an optimal state in

And they observe that the reproductive cycles

“It has to do with the prolonged downspout,” explains Vanina Villanueva, director

"This did not start this year, it comes from 2017. The flood cycles stopped occurring and we entered a phase of prolonged extreme scenarios," he adds.

Historic downspout of the Paraná river

“That is why there are reproduction problems in the case of migratory fish, which require the flow as a stimulus for this purpose.

When the river overflows and branches out, the eggs reach the lagoons and that is where the hatching occurs, the larvae develop and then as they grow, they return to the river to carry out these migrations and renew the reproductive cycle.

All this has not been happening for at least three summers.

Maybe it won't happen next year either ”, warns the expert.

His team is studying whether the biodiversity of the water has changed in areas affected by fires,

the other big problem.

Fire and downspout are related.

In the last two weeks, more than 400 fires were detected in the Delta.

Burning is a frequent, albeit illegal, practice in the territory.

In principle, the producers burn so that later there is the greening destined for the cattle.

The water operates as a firewall.

With a downspout, that natural wall does not exist.

And the ecosystem that loses to this is

the famous wetland, abundant on each side of the river.

“You don't have to talk about burning grasslands.

We have to talk about burning wetlands, ”says the Deputy Minister of the Environment, Sergio Federovisky.

It regrets that the claimed wetlands law does not exist, a norm that came to be partially sanctioned but

“It's been several winters that we have seen surfaces that are normally under water appear as a result of the downspout and become coveted.

The fire replaces the bulldozer,

sweeps the ground. Then they place an embankment to prevent the water from returning and transform a floodplain into a dry area. It is an unnatural logic to pampeanize wetlands for livestock. As there is no law, it seems that everything is possible ”.

Villanueva is precisely concerned about that: what comes with the downspout,

“The problem is that we are not respecting anything. If you cross the bridge from Rosario to Victoria, you will see that there are embankments that were not there before. Some people are taking advantage of the downspout to gain land from an area that should be floodable. If that is done indiscriminately we are in trouble ", he warns and lights another alert:

" There are people who go fishing where the fish are accumulated.

Or that they hunt where the poor animals are trying to take shelter ”.

It does not rain.

But that fact is a consequence of climate change ”, he adds.

“Droughts are the product of deforestation in the upper Amazon basin and in Paraguay, which is an example of colossal clearing, and the loss of wetlands.

The native forests and wetlands function as water reservoirs,

but they are disappearing ”, says the official.

He believes that after the current situation, it will be necessary to sit down to discuss a complete management of the basin.

“From the waterway - he thinks - to the provision of running water.

But also a management that mitigates the effects of these crises, which are less and less widely spaced ”.

Now, however, it is the urgency.

The water crisis does not give up.

There are riverside towns (such as Paraná, in Entre Ríos) that already have problems with capturing water for consumption.

Your authorities invite you to rationalize.

And there is also the issue of the appearance of cyanobacteria, closely associated with the downspout and the arrival of heat.

These are toxic organisms

that, without adequate water filtration, could become a problem for the health of the population.

One more certainty that the environmental crisis is not far from our most routine habits at all.

It is understood then the declaration of water emergency for 180 days in the provinces of Formosa (north), Chaco (north), Corrientes (northeast), Santa Fe (center-east), Entre Ríos (east), Misiones (northeast) and Buenos Aires (east).

Then what is coming does not seem to be better.

In the last two weeks, more than 400 sources of fires were detected in the islands of Paraná 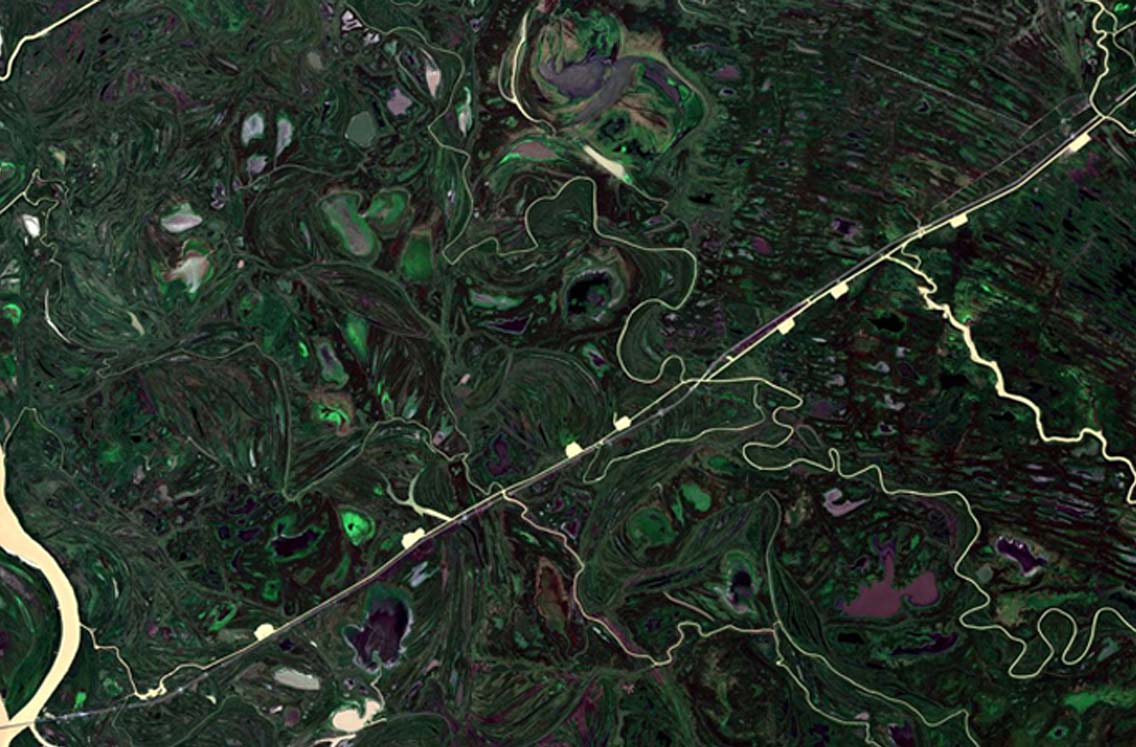 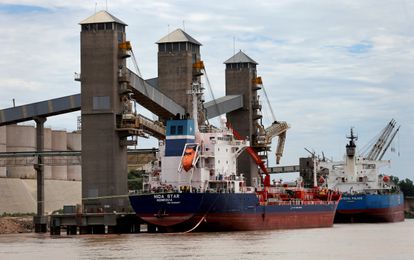 Argentina, in a water emergency due to the lowest flow of the Paraná in more than 70 years 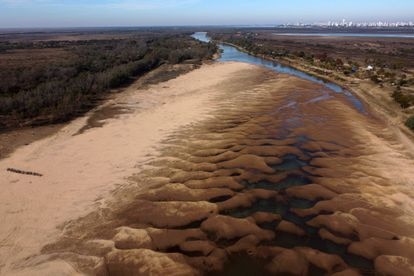 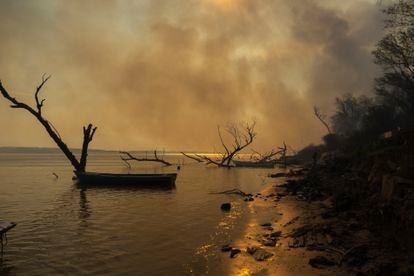 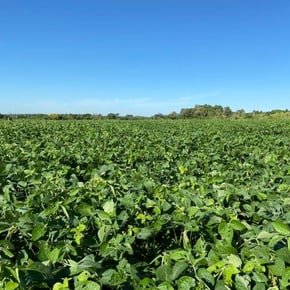 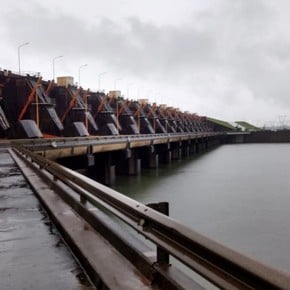 Historical downspout of the Paraná River: it affects agro-export vessels and there is an alert about the consumption of water in homes 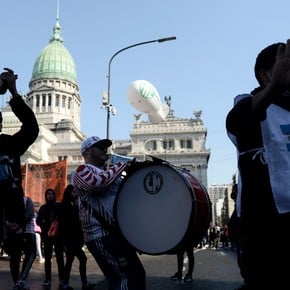