Flood protection in Grimma: "We don't need a federal office for anything else"

After the flood of the century in 2002, the Saxon town of Grimma also used the aid money for a protection system. The mayor believes that only local structures can help in an emergency - and military discipline. 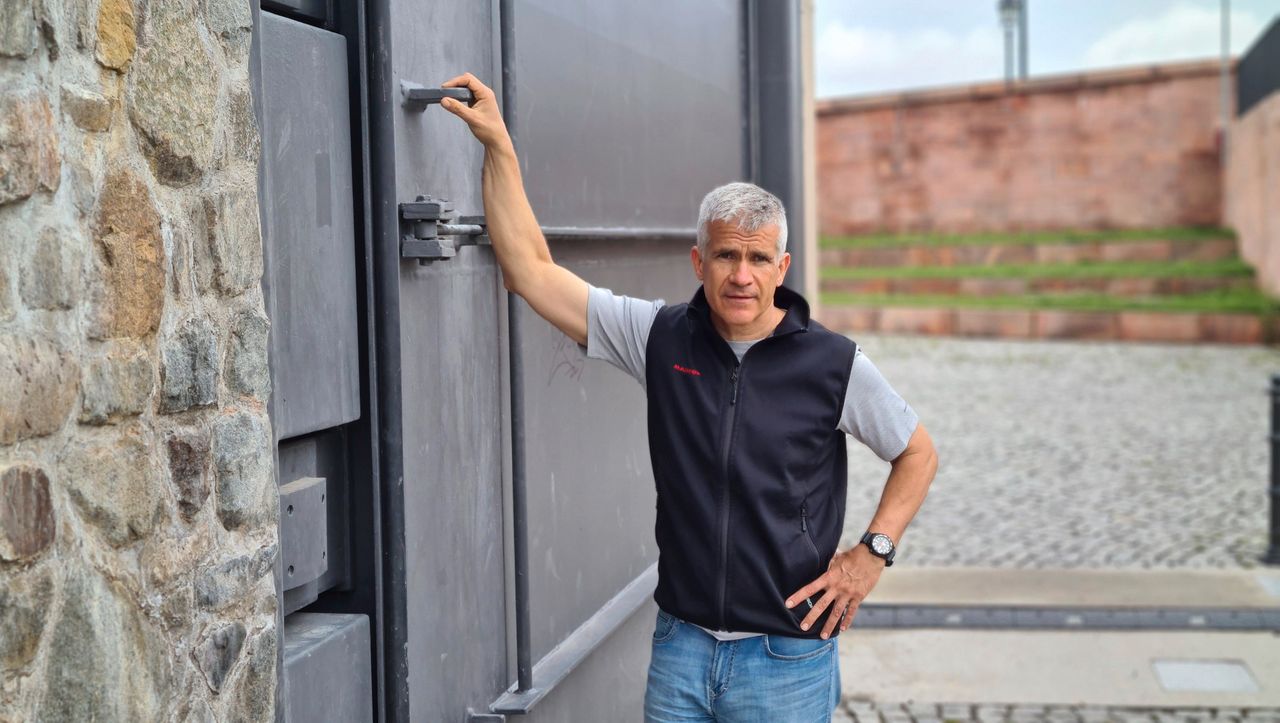 At 3 p.m. sharp on every third Wednesday of the month, what has long been abolished elsewhere is rehearsed here - an "old school" warning system.

“Attention, attention, this is the city administration.

»The siren is actually sensational.

So it's not a Cold War relic.

If the siren goes off here then people will all know there is danger here.

And then self-protection mechanisms begin, then people start to think along with them and say man here, did an airplane go down, something is burning here - or maybe there is a flood after all. "

Matthias Berger is a sought-after man these days.

His crisis expertise for the affected regions in the west is simple: the geographies may not be comparable - but one principle applies to every disaster:

“It is very, very important to convey the feeling to the people who are standing there without a sense of direction that someone is up ahead somewhere or someone who knows the direction. At that time, we divided the city center into sectors, and for three months we met twice a day to discuss the situation. There was for every topic, be it drinking water, food procurement, shuttle traffic for the helpers, clearing of rubble, there was one person or two responsible for each topic to work in shifts. And the information was compared in the briefing and then determinations were made. And such a basic structure that has to be a bit military, it's very, very important. "

Grimma was one of the most severely affected places by the floods in eastern Germany at the time.

There was also an election campaign in 2002.

The pictures of the crisis chancellor helped the SPD to win the federal elections.

And it arrived, financed by the flood reconstruction aid fund.

Anke Rüssels business was badly damaged at the time.

She is the fourth generation to run the family drugstore in the old town.

You can't even look at the pictures, just like the pictures on TV right now, because everything just shakes things up again."

When another “flood of the century” hit the city in 2013, the Dornig drugstore was already crisis-tested.

The most important lesson for them: that of lived solidarity.

»You can do it. You have a completely different adrenaline rush, if you know, ok, there is a flood, nobody would have thought that it would be as high as here in the extreme heights, but you have friends, they just help out and they clear up. ”

But a new beginning took a long breath.

No, just that the customers came back and everything was really nice again. So three or four years was the step in Grimma before it got back to normal. "

A modern protection system was built in Grimma - with around 60 million funding from the Free State of Saxony, the federal government and the EU - so that floods can never cause such damage again. A huge task. Just planning how the building could fit into the historic old town took years. Construction began in 2007 - it took 12 years to complete.

The wall protrudes up to 15 meters underground - above it is 4.5 meters high.

»Then we have 78 locking units that have to be locked here in the city.

And they are from very small flaps to such huge gates as you can see here.

The largest has twelve tons, which is our biggest gate.

If we work with several teams, water and fire brigades, then we need three hours to secure the entire system. "

But even the best protection system is not armed against stupidity.

Only recently, young people presumably damaged the system and bent a locking element.

The mayor doesn't just want to accept the vandalism.

“This is one of the deepest gates in our city.

Here the water would already run in at a so-called HQ15, i.e. a flood that takes place every 15 years.

And I won't risk it because of a couple of lunatics.

I have to say that clearly. "

The dangers of climatic extremes cannot be warded off with a wall around the city alone.

For some, relocation near the river was the only way out.

This is also the case for the Golzern company.

For centuries, a paper mill existed here directly on the Mulde.

After the floods in 2013, the damage was enormous.

The company, which had meanwhile switched to paper processing, was threatened with extinction, the damage was so great.

Today company boss Martin Röhrenbeck is going into a modern building on the green field in the industrial area in the east of the city of Grimma.

The relocation was an enormous feat for the company - but also an opportunity.

»It is very hard to give up an old plant, there are many memories attached to it, even among the older employees - and we were there in the wildly romantic Muldental.

From a purely economic and environmental point of view, the relocation was a blessing, because the construction on the green field enabled us to optimize all business processes in terms of economic efficiency but also in terms of our environmental awareness. "

The environmental requirements would no longer have to be complied with at the old location.

In the meantime, relocation from risk areas has become an obligation for industry - if, like the Golzern company, you want to survive in the market.

After two flood disasters, many things in the city of Grimma have been rebuilt twice within about ten years.

In 2013, the damage again totaled 170 million euros - these were also compensated with funds from the state and the federal government.

»There was a house here, it's gone, on the left, there were houses here, they're gone.

And here five houses have been completely rebuilt.

Alone here, that was the most extreme ensemble.

That was the most affected ensemble here. "

Matthias Berger was able to use the flood disaster in Grimma to redesign the city.

All that was needed was the backing of politics - Berger doesn't believe in transnational disaster control measures.

»I think the disaster now, at its early stage, has to be dealt with in a strictly coordinated manner by many local people with clear responsibilities, and then you have to see. I experience it with our SMS system, siren system, these are very simple, simple things. I don't need a federal office for anything else. And the sirens as well: Nobody had to come up with a concept for us, we didn't have to do a workshop. Let me say: Erich Kästner is a famous Saxon who said: There is nothing good unless you do it. And that also applies here: Just do it and don't always wait for the state. And our centralized, bureaucratic state is simply far too helpless. "

The people of Grimma rely on pragmatic disaster control.

In the event of a complete digital failure, the city's siren system can work independently of electricity for several days.

And now the test alarm is carried out. "

And so the siren continues to howl regularly in Grimma.

Even if there is no nationwide warning day.

Flood protection in Grimma: "We don't need a federal office for anything else" 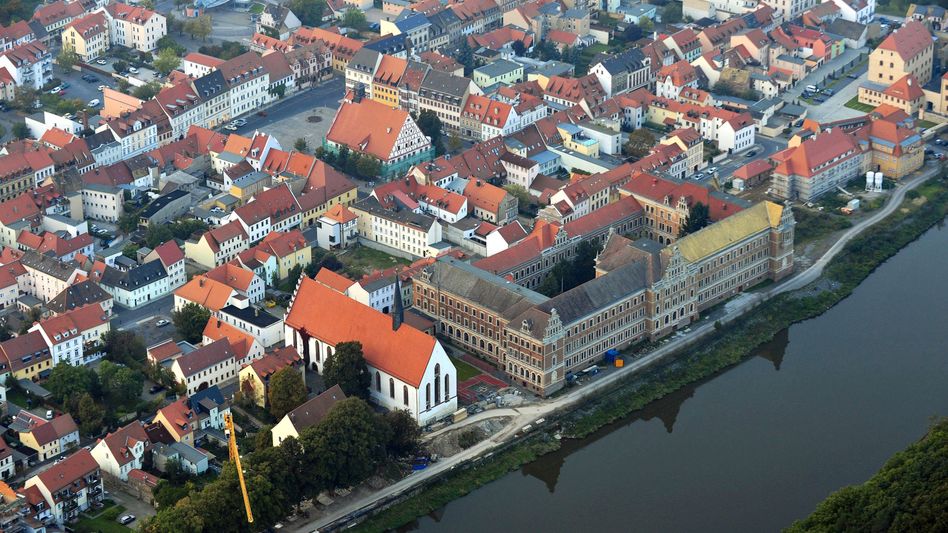 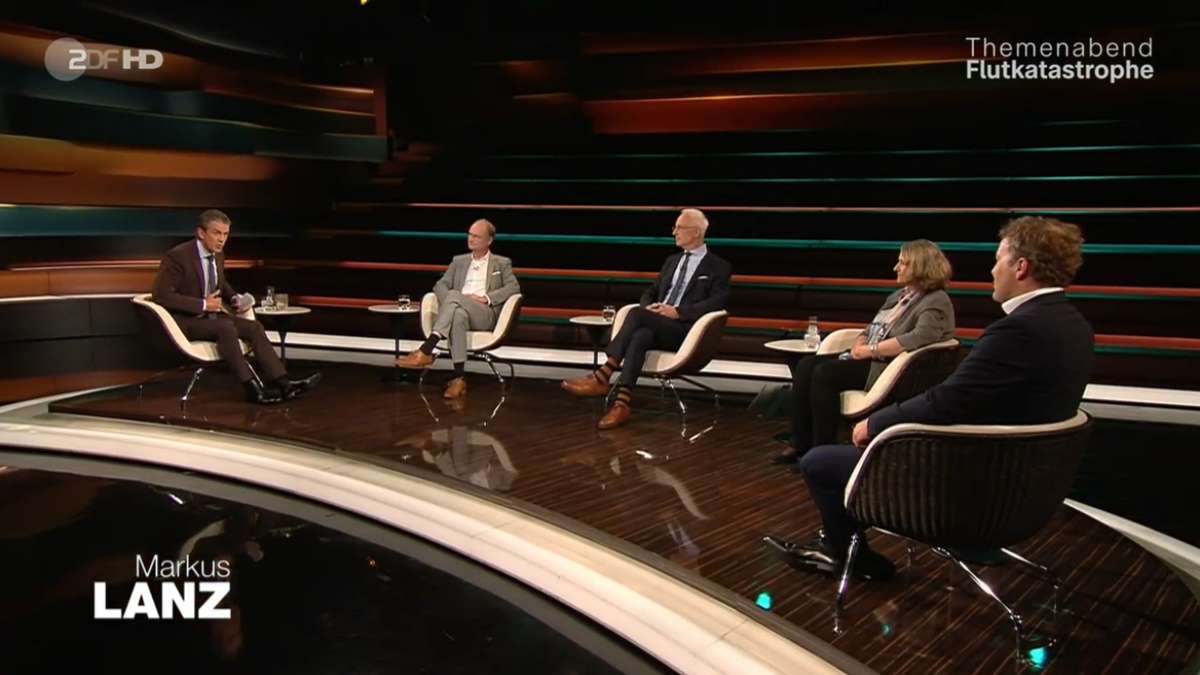 Lanz poses an explosive flood question to the ARD weather man - Plöger admits: "We are holding back" 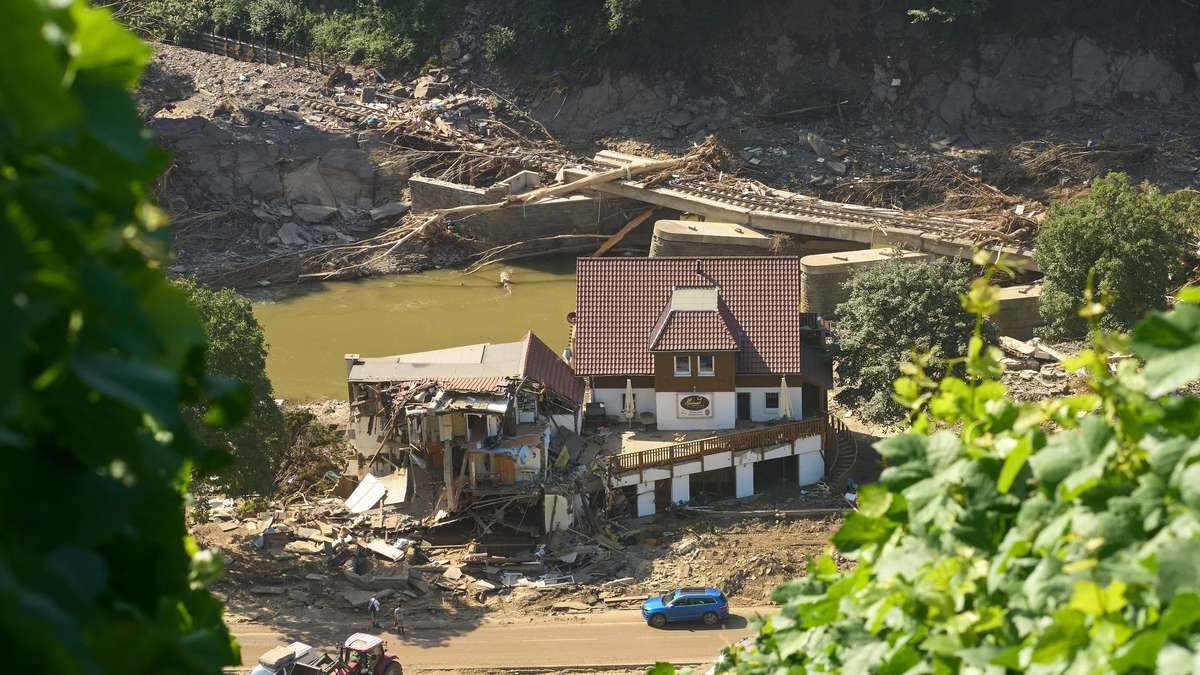 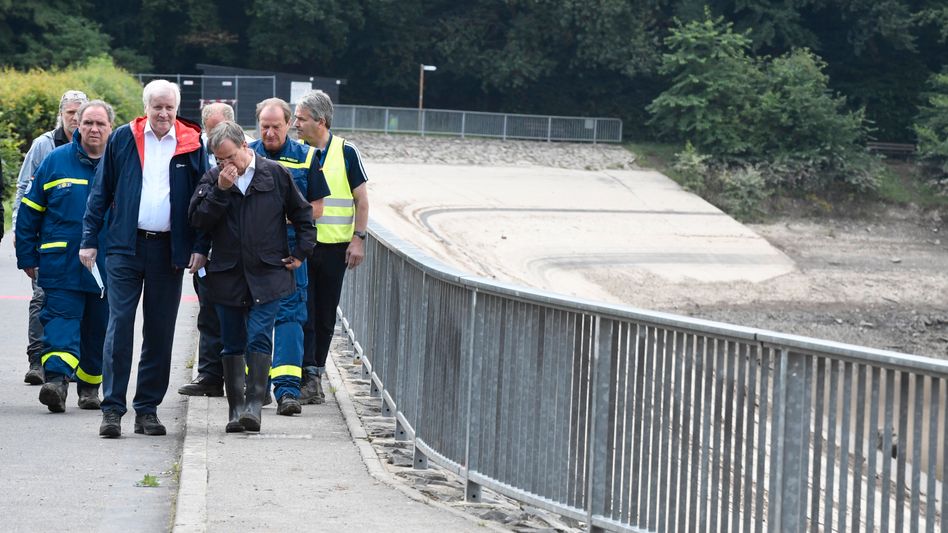 Horst Seehofer after a flood disaster: "Centralism does not improve anything here" "We don't feel any more tailwind" Flood protection, yes - but where?