The forest and bush fires in southern Europe are becoming increasingly violent. Houses go up in flames, villages are evacuated and a fire is moving towards a power plant in Turkey. 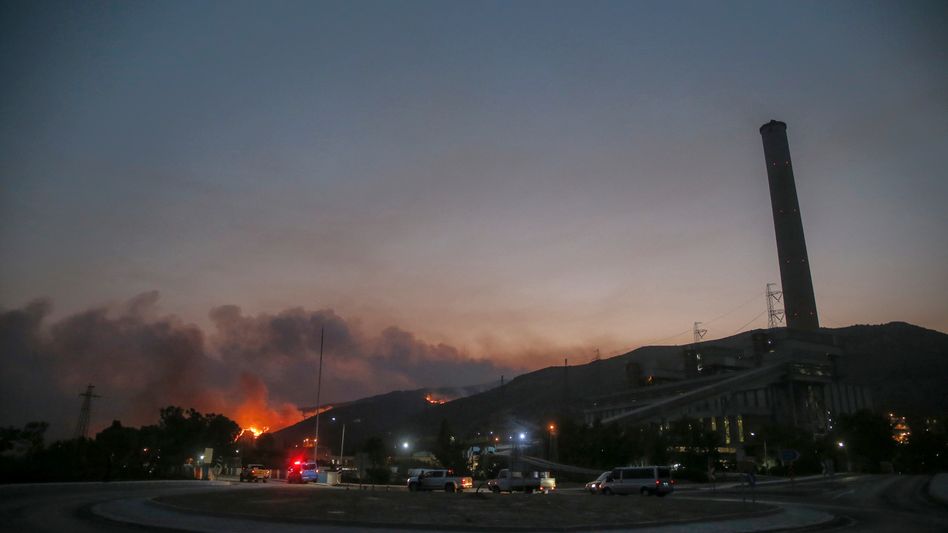 Fire at the Kemerkoy coal-fired power plant in southwest Turkey

In Greece and Turkey, the situation is worsening after several days of forest fires. In Greece, more than 500 firefighters tried to bring forest fires under control in the Parnes Mountains 30 kilometers northwest of Athens when the night began. In the worst heat wave in over 30 years, 81 individual forest fires were counted on Tuesday. Four large towns were evacuated. Thousands of people had to seek refuge in other parts of the Greek capital. The state offered these people hotel rooms for the coming nights.

At temperatures above 40 degrees Celsius, winds kept fueling the fires.

In some places, temperature records of over 46 degrees Celsius were measured.

Houses went up in flames, and the authorities often ordered evacuations.

In addition to the firefighters, 305 police officers, nine helicopters and seven aircraft were on duty in the densely overgrown area.

"We will continue the fight all night," announced the deputy civil protection minister Nikos Hardalias.

In Turkey, too, the situation became increasingly dangerous in places.

In the afternoon, the flames moved towards a coal-fired power station in the southwest of the country.

"The situation is very serious, the flames have come to the edge of the power station," tweeted the mayor of Milas, Muhammet Tokat.

The fires also ate their way into the vicinity of hotel complexes in the south.

Spain and Croatia each dispatched a fire-fighting aircraft after Turkey asked for European help.

Machines from Iran, Russia, Ukraine and Azerbaijan are already in use.

Again and again people die in the flames.

So far, eight people have been killed in Turkey, including a German-Turkish couple, as reported by the Turkish media.

The man and the woman were found lifeless on a path near their home in Manavgat in the Antalya region, wrote the government-affiliated Turkish news agency Demirören Haber Ajansi (DHA).

The Foreign Office did not confirm the reports on Tuesday.

156 fires broke out in the country last week, according to the Turkish communications directorate.

146 of them had been brought under control by Tuesday morning.

The fires are mainly raging on the Mediterranean coast, particularly in the regions of Antalya, Mugla and Adana.

Several regions were evacuated, many villages and areas were destroyed by the flames, and numerous animals could not be saved. 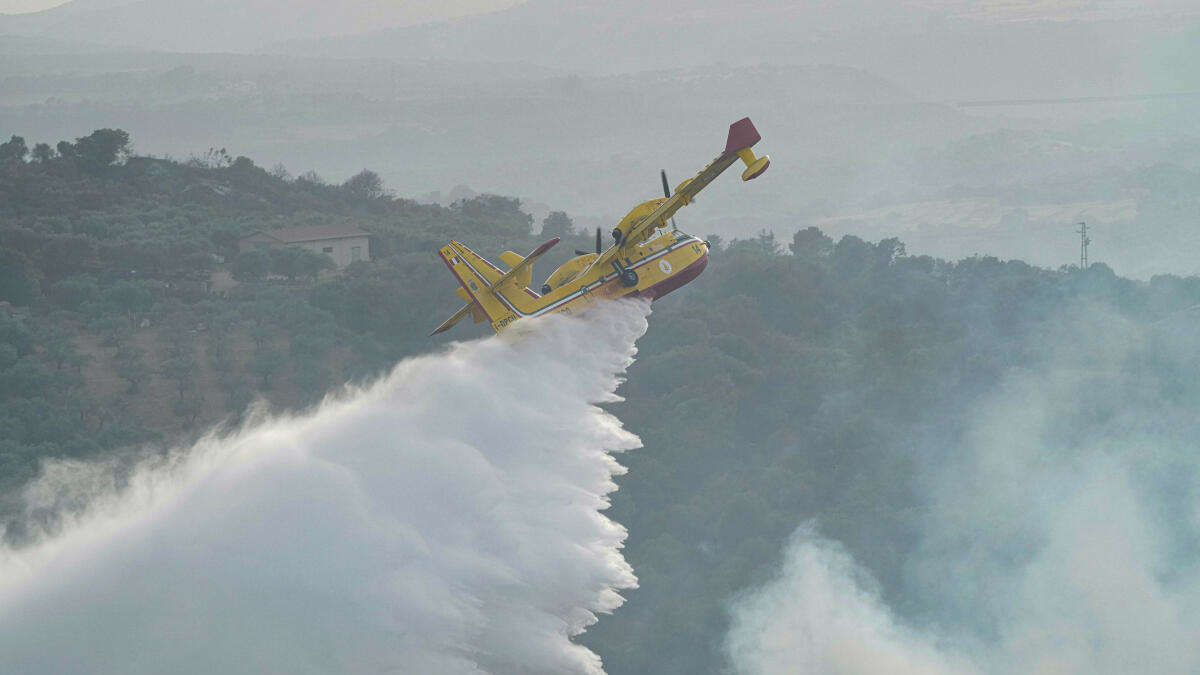 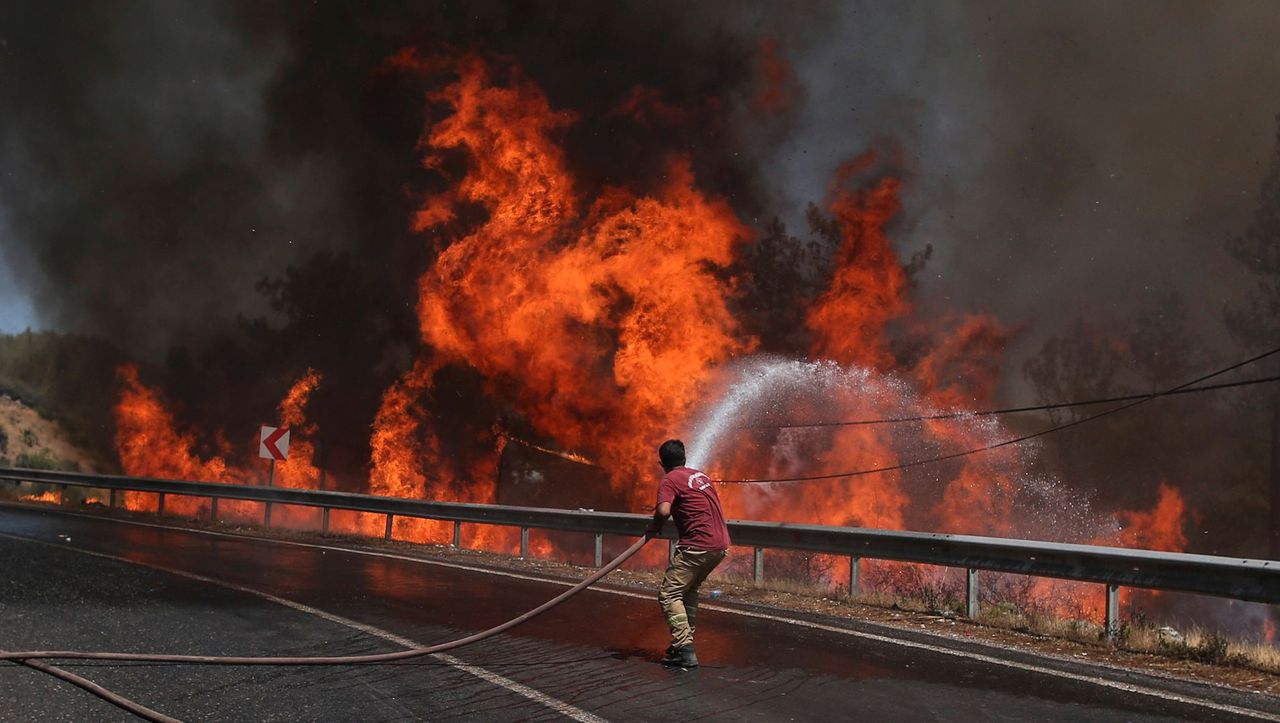 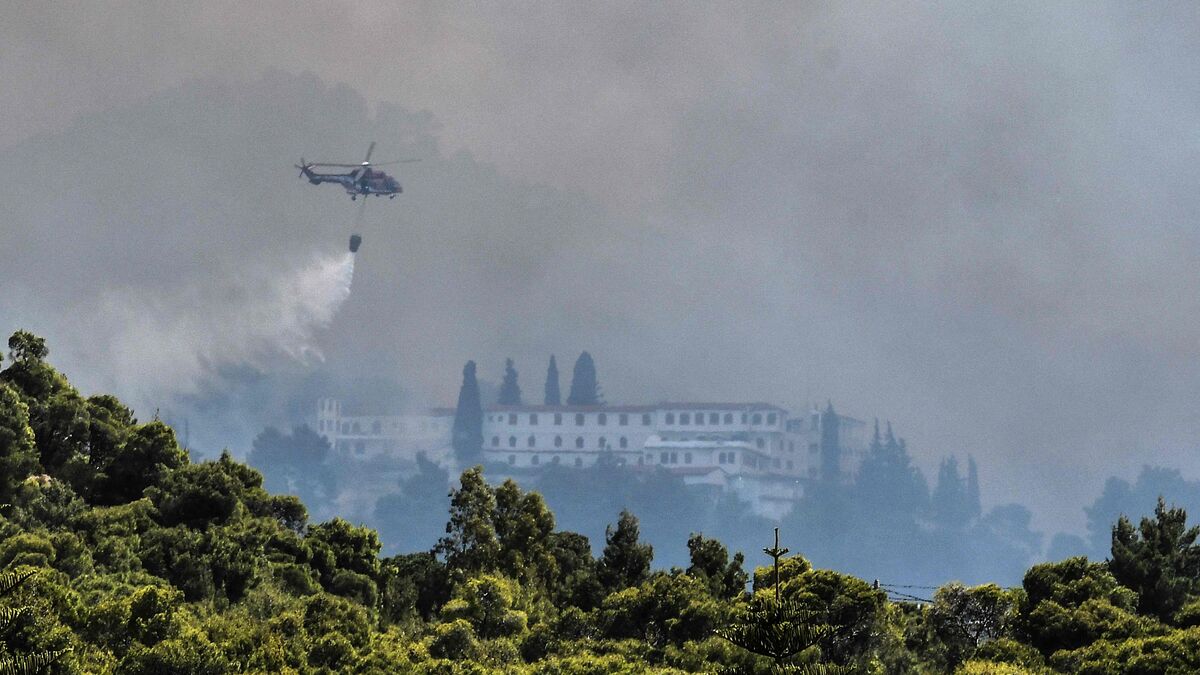 Fires: in Europe and Russia, wildlife is suffering