They attacked him at the exit of a clandestine party and they fractured his skull with a stone: his family asks for witnesses

A gang attacked Moises Pérez (30) when he tried to defend a woman. It is serious. 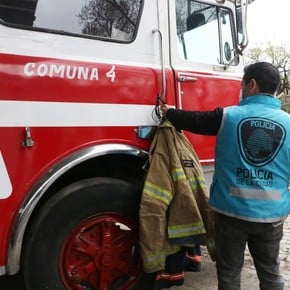 Moisés Agustín Pérez (30) participated in a clandestine party and was attacked by a gang.

He is admitted to intensive care, with a severe blow to the head.

His family asks witnesses to provide information about the attackers.

So far there are still no detainees for the attack that, according to Moisés' friends, occurred when the young man

tried to defend a woman

he was with, at the exit of the party.

So far it is known that those who beat him were around 8 men.

One of them threw

a stone at his head

which hit him square in the face.

Moisés' truck - in which he had taken his friends to the party - was also attacked when the young man's friends tried to take cover inside the vehicle.

The beating occurred at dawn on Monday, when Moisés and his friends went to a party, the same night as the PASO elections.

The clandestine celebration was organized in a property located on the Pan-American route, at the height of the Caracoles de Chacras de Coria, the area where the Luján de Cuyo clubs are located and where the young people of Greater Mendoza go.

However, none of these businesses can function as a bowling alley due to the pandemic.

Some were enabled as pubs and restaurants.

After 5.30 on Monday, a call to 911 alerted a young man lying on the asphalt, in front of an events room. When the police cell arrived, Moisés was unconscious, with a severe blow to the head. He was transferred to the Central Hospital in the city of Mendoza, where he was

hospitalized with a skull fracture

. It was necessary to intubate him to compensate. Yesterday, Monday, his family requested a transfer to the Cuyo Clinic, one of the main private hospitals in Mendoza.

This Tuesday, his family and friends began a request to search for witnesses through social networks.

They need those who know or have identified the aggressors to come forward to testify and provide data that will allow them to identify and find the aggressors.

“If someone was at the party or was an eyewitness who came to testify,

Marilda Silva, Moisés' mother, spoke with radio Nihuil, while waiting to enter intensive care to see the evolution of her son.

“This morning he opened his eyes.

We don't really know who hit him.

He is still wearing an oxygen mask, and cannot speak,

The family only knows the version that the friends who accompanied Moisés have given: "He tried to defend someone and was attacked," said Marilda.

And he said that the members of the gang tore off the license of the car in which they escaped so as not to be identified by the Police.

"We have asked that if there are witnesses, please call 911.

But there is a lot of fear,

Moisés is a merchant, sells vehicle parts, and is a federated handball player for the Maipú municipality team, in Greater Mendoza.

His mother told how she found out about the attack: "When I was lying on the road, a friend of his went to look for Moisés' brother, my other son, and that's when I found out. First I thought it was a car accident, but never that he could have been beaten, "he admitted.

In the place where the beating occurred, there are cameras.

The Police are after a series of clues to identify the aggressors.

The chief of District 5, Commissioner Sergio Quiroz, said that between 6 and 8 people attacked the young man and that, apparently, the attackers began to bother the people who were leaving the party because "they had not been allowed to enter." .

"We believe they knew the victim," explained the commissioner.

The investigation is in charge of the Homicide prosecutor Claudia Ríos.

Barracks: they condemn four trucho firefighters who had set up a false barracks on a usurped property 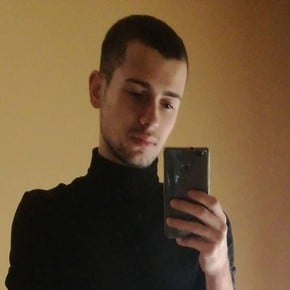 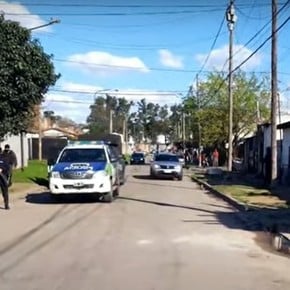 They attacked him at the exit of a clandestine party and they fractured his skull with a stone: his family asks for witnesses 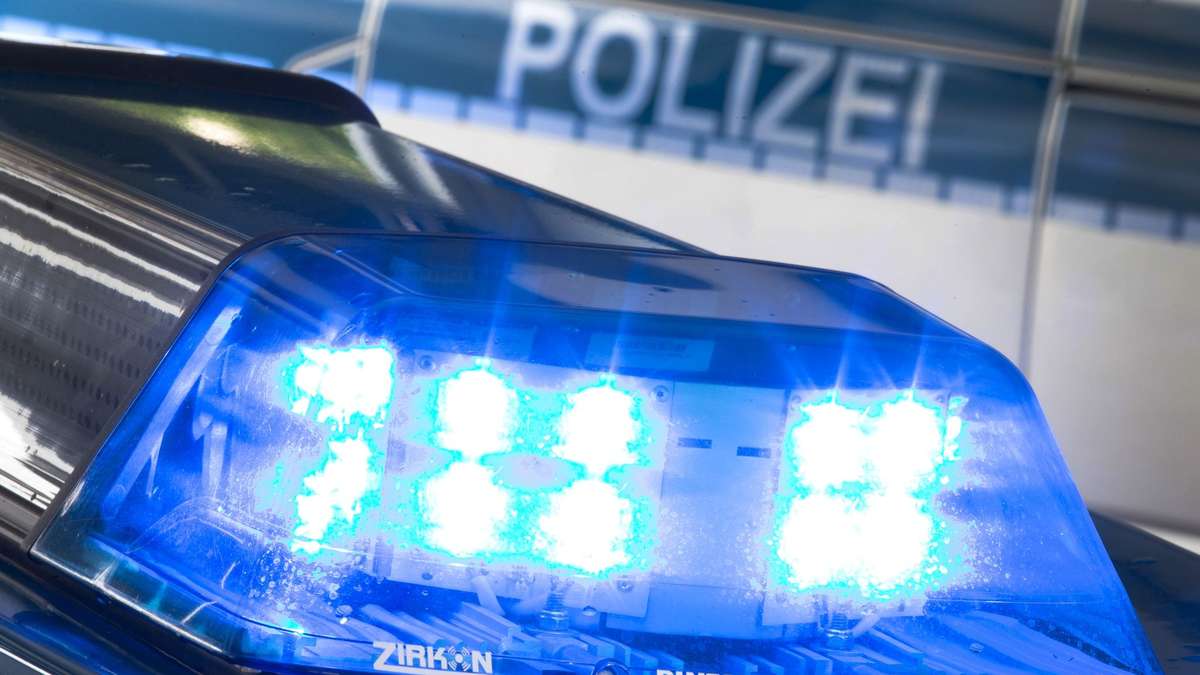 Kicks in the head: man is attacked by about ten men - police are looking for witnesses 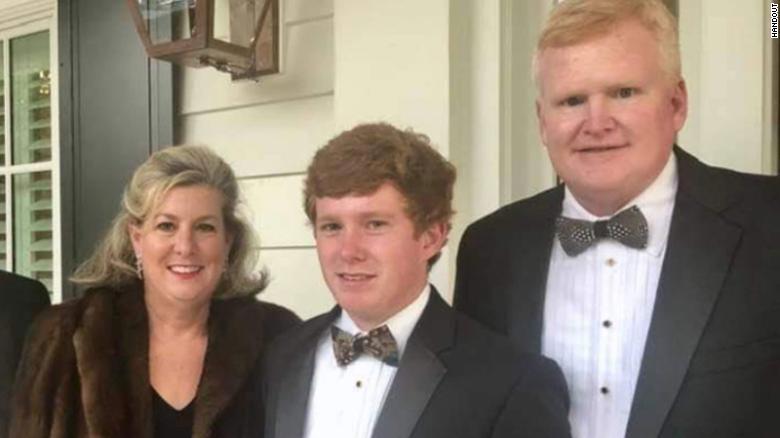 Crime and Mystery in South Carolina: The Murdaugh Family Murders Trial for attempted murder in Freising: 18-year-old was immediately in the sights of his environment 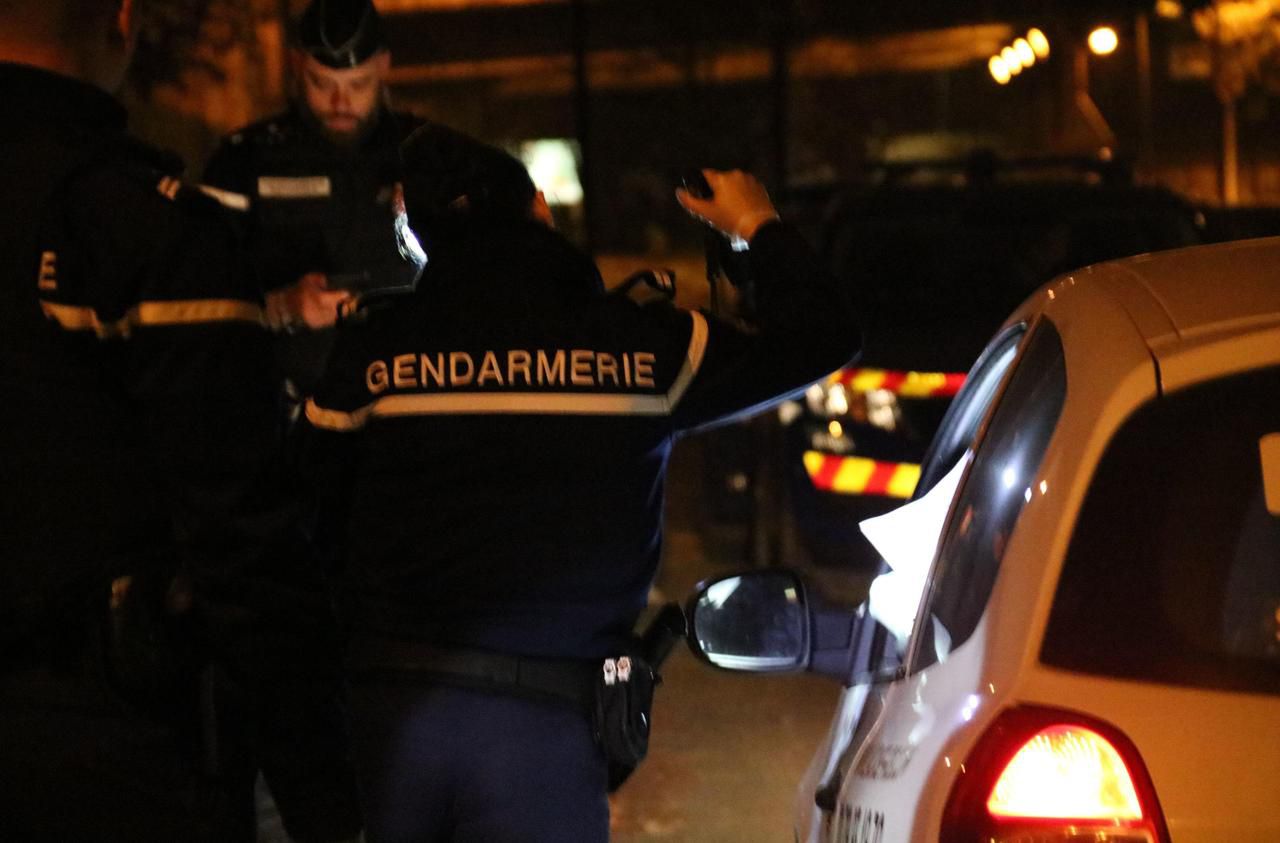 Sentenced in the Oise: "I did not know that a clandestine party was organized behind my back" 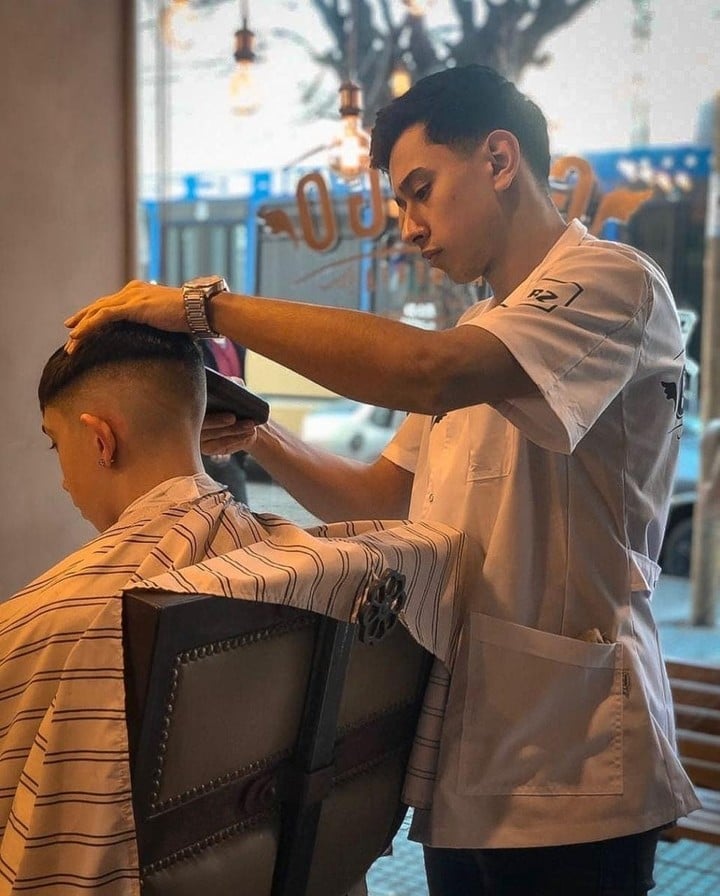 'Nacho', the young hairdresser who was run over by a patrol car that crossed in red 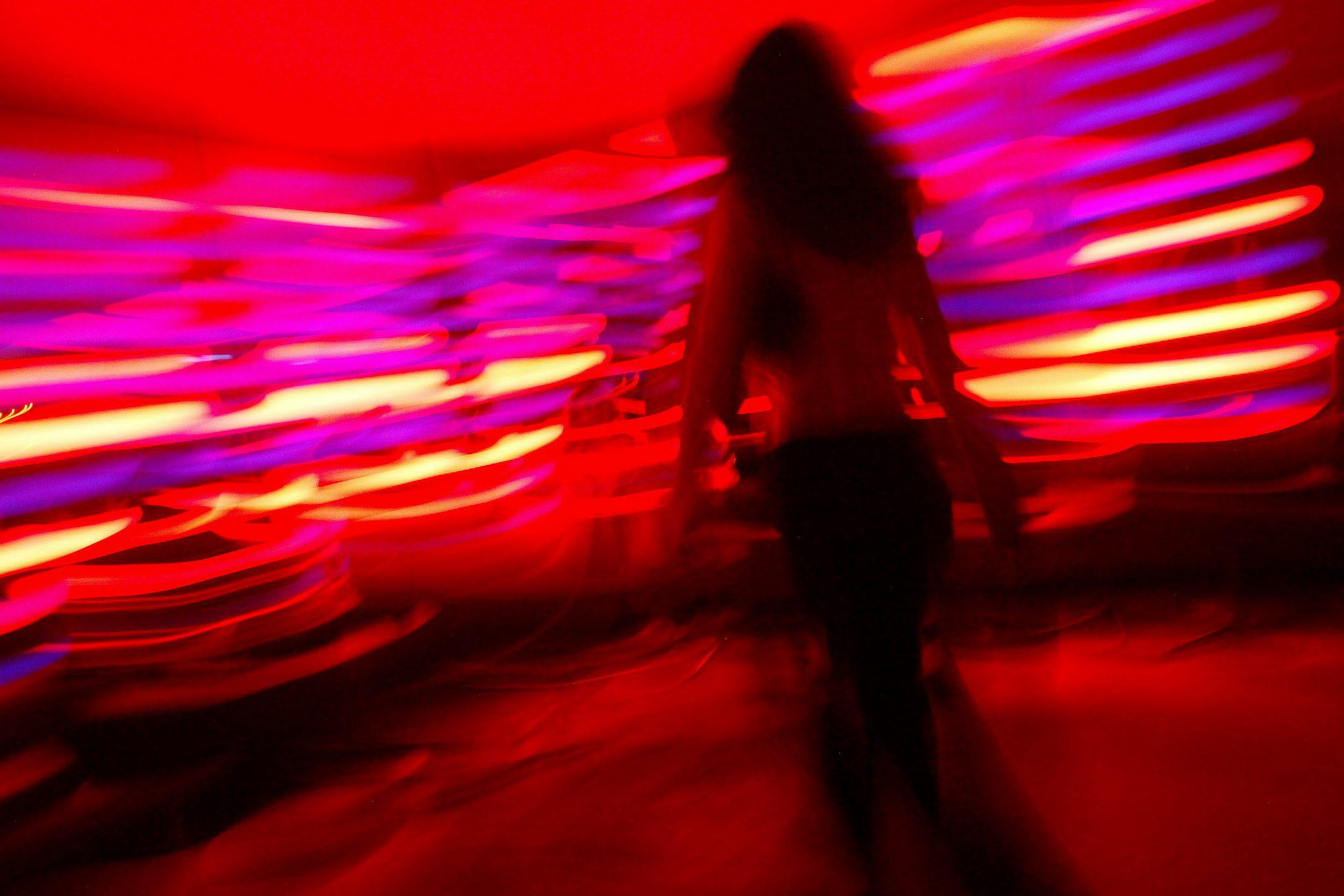 Containment: the gendarmes interrupt a clandestine party of more than 100 people near Bastia 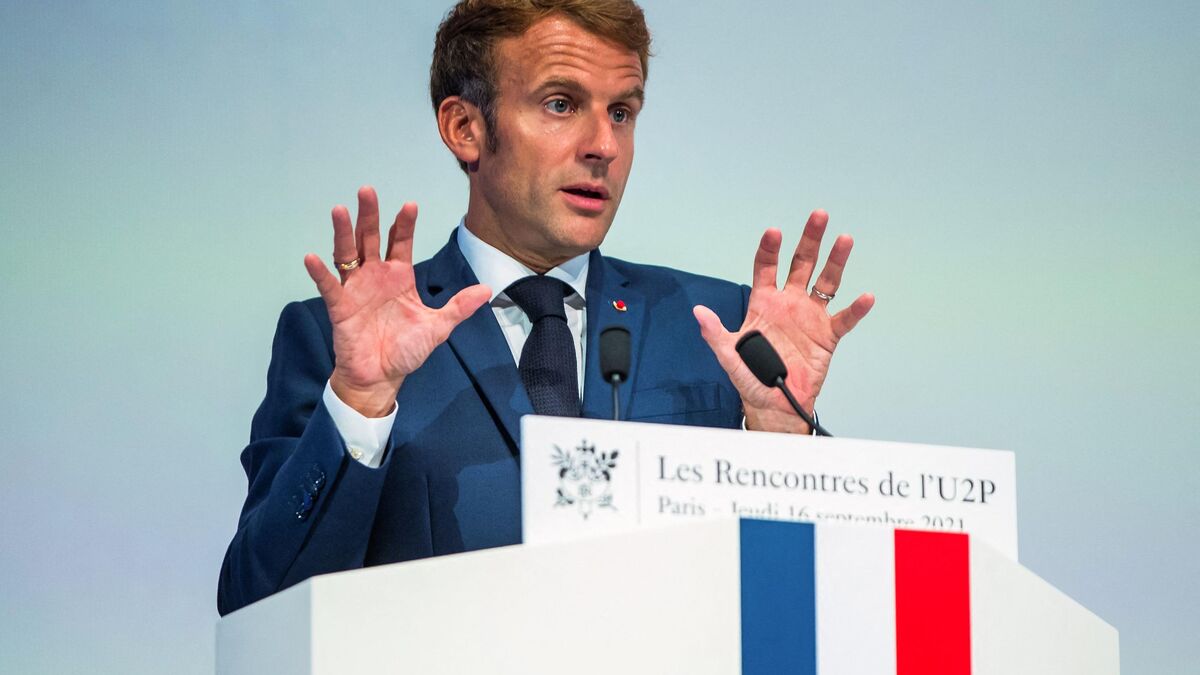