Fatima Daas: "I don't want to come out of the closet so as not to lose my mother"

The new revelation of French self-fiction is vindicated in her debut, 'The Little Daughter', as a practicing Muslim, but also as a feminist and lesbian She is called Fatima, after the daughter of Muhammad, mother of the Sherifs. “My name is that of a sacred personage of Islam. A name that I must honor. A name that I have made dirty, ”she writes in

, the story with which this 26-year-old author, a descendant of Algerian immigrants who grew up on the outskirts of Paris, became the great revelation of French letters last year. In the book, just published by Cabaret Voltaire in Spanish, Fatima Daas vindicates herself as a practicing Muslim, but also as a lesbian and feminist.

"I needed to say things that I had been silent for a long time about my relationship with faith, with Islam, with homosexuality," says the author, sitting on a bench in the Buttes-Chaumont park, the steepest in Paris, two steps from the studio where he lives with his partner. “Even so, it is not an intimate diary, because I wanted to authorize a part of fiction. I am not 29 years old and I am not two sisters, as is the case in the book. But I am the

, the little daughter ”. His real name is not even Fatima Daas, a

him to relate his interiority without exposing himself in excess. “Giving my life to the reader did not interest me because, for me, writing does not have that function. What is autobiographical is the feeling of not being in the right place ”.

His parents will not read the book: "My father is illiterate and my mother preferred to keep her distance"

Daas cites a pioneer of self-fiction like Annie Ernaux, but also rapper Kendrick Lamar, as references.

A bloody sincerity runs through its pages, praised by another fierce writing lover like Virginie Despentes, who comes to compare her with Proust and Barthes on the back cover.

But also because of the modesty of someone who knows for sure that his family does not approve of his way of living.

"If my mother read it, I would lose my mind," he admits.

But he knows that his parents will not.

"My father is illiterate and my mother preferred to keep her distance."

For a long time, Daas believed that he would end up in hell. Now no longer: “My relationship with God is not based on fear, but on love. Religion occupies a central place in my life, but it is not something that limits me. On the contrary, it builds me and makes me grow ”. The author prays five times a day "at the time of day", eats halal products - from animals slaughtered according to the rites of the Koran - and, although she does not wear the veil, she does not rule out doing so in the future. Despite everything, his view of religion is less orthodox than that of his family. “They instilled in me exemplary, but I'm not perfect. I have agreed to disappoint my parents and not be the daughter that they would have wanted, "he says.

Faith and homosexuality manifested at the same time.

They became "obvious" when he turned 17.

“It was a moment of questioning myself in which several things happened: I started to write, I understood that I was a lesbian and I began to formulate it using that word.

And, above all, I entered into communication with God.

One day it was as if he was sitting next to me.

Until then, he had only shown that he believed, ”he recalls.

“They made me choose between being a Muslim and being a lesbian.

I don't want to choose just one of my identities "

After the publication of the book, in September 2020, France made her a spokesperson for those invisible ones who do not always have the right to ask to speak. Does it still feel inaudible, now that you hear it so much? “It would be dishonest to say that, because I have talked a lot in the last few months. And, at the same time, every time they let me speak, I felt like they were setting me up ”. It refers to media fixation with Islam and the use of somewhat untimely statements that were taken out of context, in his opinion, with the sole intention of stigmatizing it. “They made me choose between being a Muslim and being a lesbian, and I don't want to choose just one of my identities. It is not necessary for liberating France to give lessons to this little Maghreb ”, he rebels.

The most controversial of these headlines was one in which he claimed that homosexuality was "a sin." "Nobody stayed with the second part of the sentence, in which I recognized myself as a sinner," she protests. “As a believer I cannot deny that it is, as lies or adultery are. But that does not mean that I am critical of my religion: being a sinner is already a criticism of sin itself. Muslim homosexuals had no problem with that statement, and neither did Catholics and Jews. They understood what he meant, ”argues Daas.

Another of his most controversial opinions is to reject coming out of the closet as a mandatory rite of passage for any young LGTBIQ.

"There is unbearable pressure for everyone to do it, when everyone is not taking the same risks," he says.

“I have never had the idea to come to my house and say that I am a lesbian.

I don't want to, because I would lose my mother.

You cannot throw that information at someone who is not ready to hear it. "

“As a believer I cannot deny that homosexuality is a sin, like lying or adultery.

But that does not prevent me from being a sinner "

A chapter in the book recalls another traumatic episode: his assault on a "pale, white, effeminate" classmate at recess. When she saw him disappear, she wanted to shoot herself. "I understood, for the first time, that I was attacking someone who symbolized what I wanted to be." Recently, she found him on Instagram. He has not yet dared to ask for forgiveness. "I have to find the courage to write to him and send him my book," adds Daas, who hopes to find peace with herself and with others.

The writer, who these days is trying to finish a second book that will be "less autobiographical", defines herself as an intersectional feminist: she advocates a common struggle between groups that are victims of different systems of oppression. "There is a great fear that those people who were silent will take up the floor and speak among themselves," says Daas, aware that these forces are powerful: even Emmanuel Macron went so far as to affirm that "intersectional logic fractures society."

She, who grew up in Clichy-sous-Bois, the suburb where the 2005 riots began, makes her laugh that ghettos only bother when they are made up of minorities. “Have you noticed that no one makes those reflections when walking through a downtown neighborhood where only bourgeois and heterosexual whites live? I guess they just want us to shut up again, but that's not going to happen. " Word of

Fatima Daas: "I don't want to come out of the closet so as not to lose my mother" 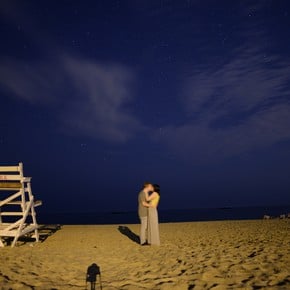 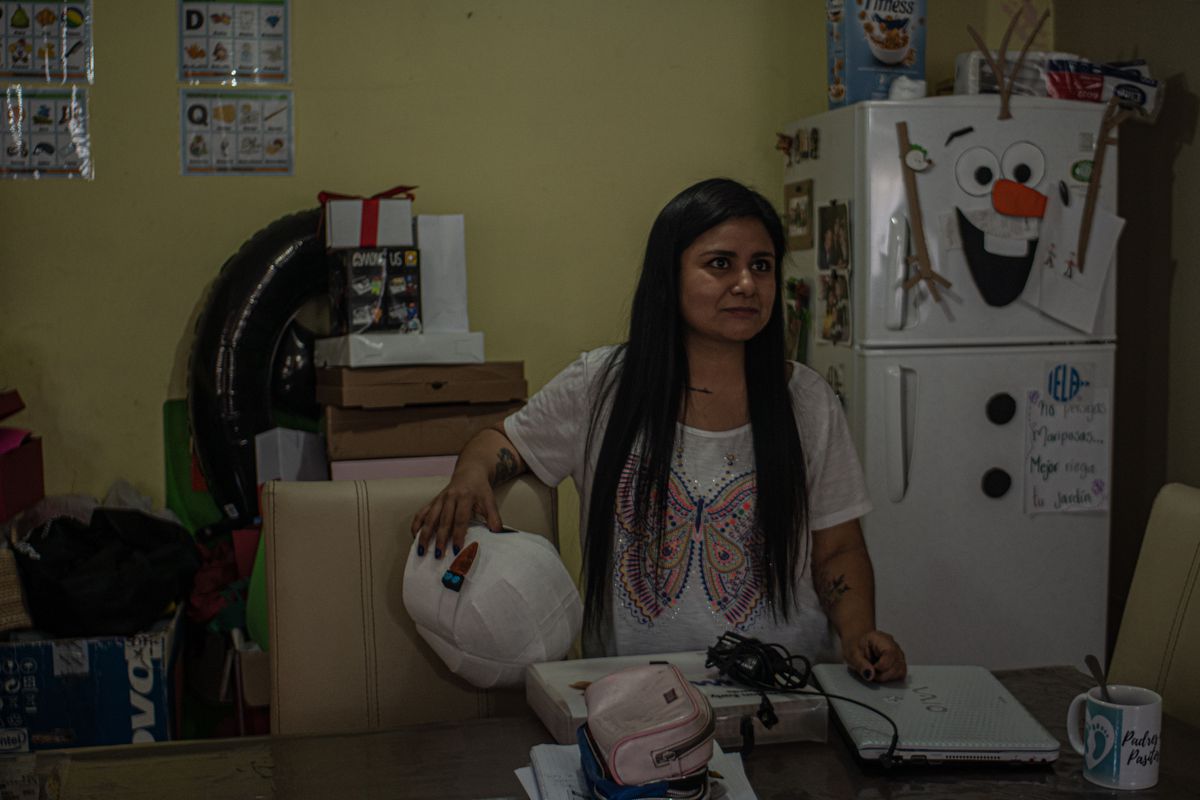 The impossible dilemma of unemployed mothers: "I do not work to be in class with my children" 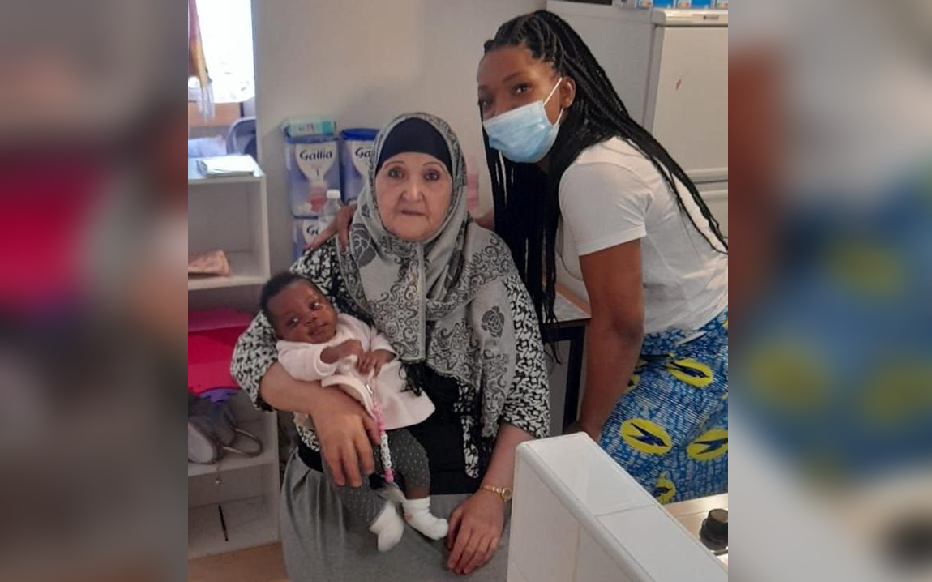 Les Mureaux: "Without this grandma, my baby would no longer be there"

First injections at the Stade de France: "My mother will be able to relive a little"