The labyrinth to diagnose rare diseases

A group of hospitals, companies and affected people promote a network to share knowledge and accelerate the detection of rare ailments. Minority pathology groups ask to take advantage of European funds to optimize treatments 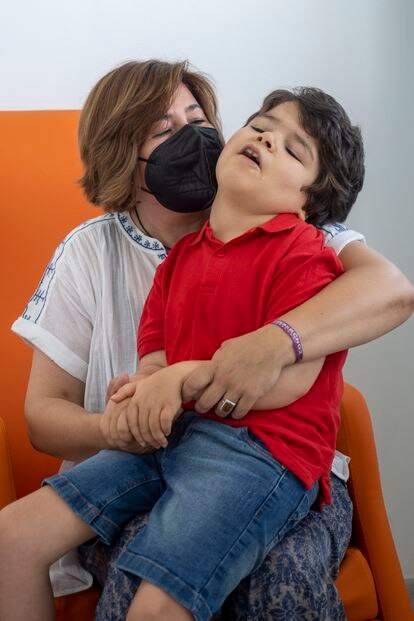 Alonso Chimeno Cienfuegos is eight years old and 100% disabled. The love of his mother, Covadonga Cienfuegos, floods the conversation about this minor affected by KCNQ2 epileptic encephalopathy, one of the 7,000 low prevalence diseases, known as rare. These rare conditions occur in fewer than five out of 10,000 people and their complexity makes them difficult to detect and treat. Alonso's environment - "the most handsome child in the world", according to his mother - has suffered from this uncertainty since the baby began to convulse as soon as he was born. Then he began a journey in Salamanca, where they lived, which led the family to settle in Oviedo in search of better care, with frequent visits to Madrid for medical reasons. Five years passed until, thanks to his trips to the Sant Joan de Déu hospital in Barcelona,specialized in these diseases, they managed to identify the boy's genetic mutation. Cienfuegos knows that its history is shared by thousands of families and that is why it sees with hope a project of the Catalan hospital and the Spanish Federation of Rare Diseases (Feder): a unique network that allows the sharing of knowledge and experiences between doctors and patients to improve care of these rare pathologies.

The plan aims to unify the criteria and information of hospitals that work with rare diseases and create a comprehensive model through precision diagnosis, advanced therapies, telemedicine, data intelligence and training of families and patients. Juan Carrión, who chairs Feder, disapproves that people with a case like this among their relatives have to make "a pilgrimage between consultations" to get the condition identified, with an average of four years until it is determined, and then continue with trips to hospitals to provide an answer. "There are designated centers, but not for all pathologies," says Carrión, who praises the social and research component of an initiative that has had partial experiences in France, the United Kingdom or the United States,but without the size of this network. According to it, the health management of each of the 17 communities means that professionals feel "that care is not always the same within the same country", hence a "joint work" that promotes coordination and well-being of patients .

The director of Sant Joan de Déu, Manel del Castillo, is one of the promoters of this idea, supported by the long journey of this health center specializing in children and rare "but not invisible" diseases. A third of the 20,000 minors admitted each year suffer from this kind of infrequent pathologies that together affect three million Spaniards. The initiative has the support of 25 national university hospitals that have adhered to the proposal, as well as 11 driving companies. Del Castillo highlights that the next step is public funding. For this, they need 200 million euros in five years, a sum that they hope to receive from the 140,000 million that Spain can get between 2021 and 2026 thanks to European recovery funds after the coronavirus."We also need a window to manage it", requests the manager of the Barcelona hospital, who demands that a ministry limit the intervention and send them that financial contribution. "Being a plan with a large perimeter, there are pieces for each ministry," he says, but trusts that Science will dedicate a game to this investment.

Del Castillo emphasizes that although it may seem like a lot of money, most of the resources are already available in the form of infrastructure or operational professionals. All that remains is to coordinate and improve them: "There is no mapping of which specialists are in which hospital." The therapy platform on that 95% of rare diseases without specific treatment, explains the expert, can be complemented with a telemedicine plan that avoids diagnoses from various doctors and a diversity of opinions. One of the purposes is to reduce the number of physicians who attend to those affected and integrate the actions through "case managers to organize the casuistry." Another purpose is to create specific means for palliative care, which are often applied in poorly equipped hospital areas, as they cannot always be done at home.

The idea has the support of people like Cienfuegos, who believe that there is "inequality of opportunities" according to each territory. The encephalopathy of the child, suffered by about 50 people in Spain and is the same that the scientist Stephen Hawking had, implies that they must go to Barcelona every six months for the check-ups. She admits that sometimes "maybe out of ignorance" people don't know the options available to them to help those with rare diseases. Her son is progressing thanks to a special education school, he is able to snack and does his homework. Communication, she says proudly, works through looks, tantrums or smiles. Now he has learned to exclaim "Wow!" when something pleases them, an improvement that Cienfuegos believes could be multiplied with a multifunctional network that speeds up consultations.

Optimism also reigns in Juan Carrión, who thinks that the single network model "will train and educate patients and families." Both he and the director of Sant Joan de Déu point to community funding as a "unique opportunity" to promote the system. One of the keys, they argue, is the development in territorial cohesion that would entail establishing this coordinated model, which would allow the environment of the patients not to have to move to areas with better centers. At the same time, they value the improvements in work-life balance, especially for women, who according to their experience are the ones who bear this responsibility the most and even leave their jobs to fully care for minors. Covid-19: a Frenchman rewarded for his sequencing technique 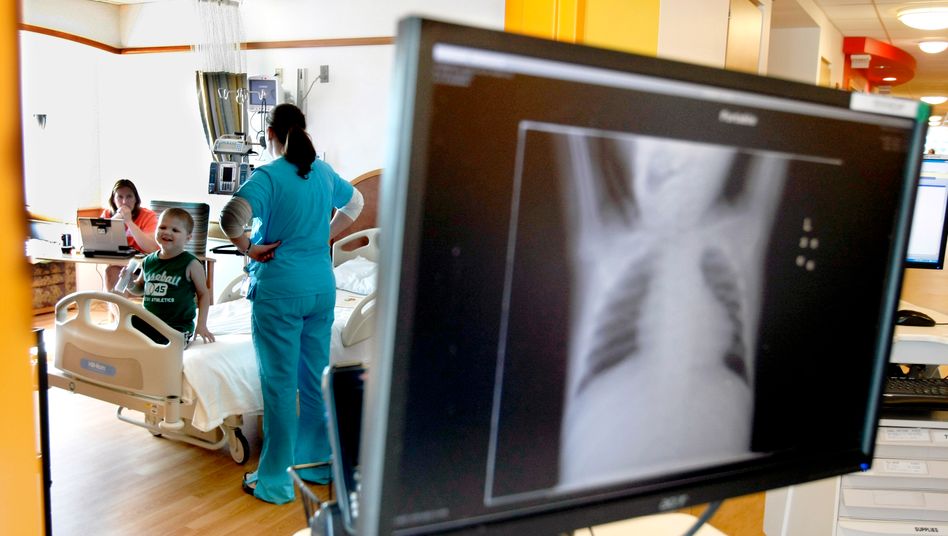 Shortness of breath on exertion? Instead of ignoring - go get tested - Walla! health

Say ahhh: All the health reasons to start opening your mouth - Walla! health 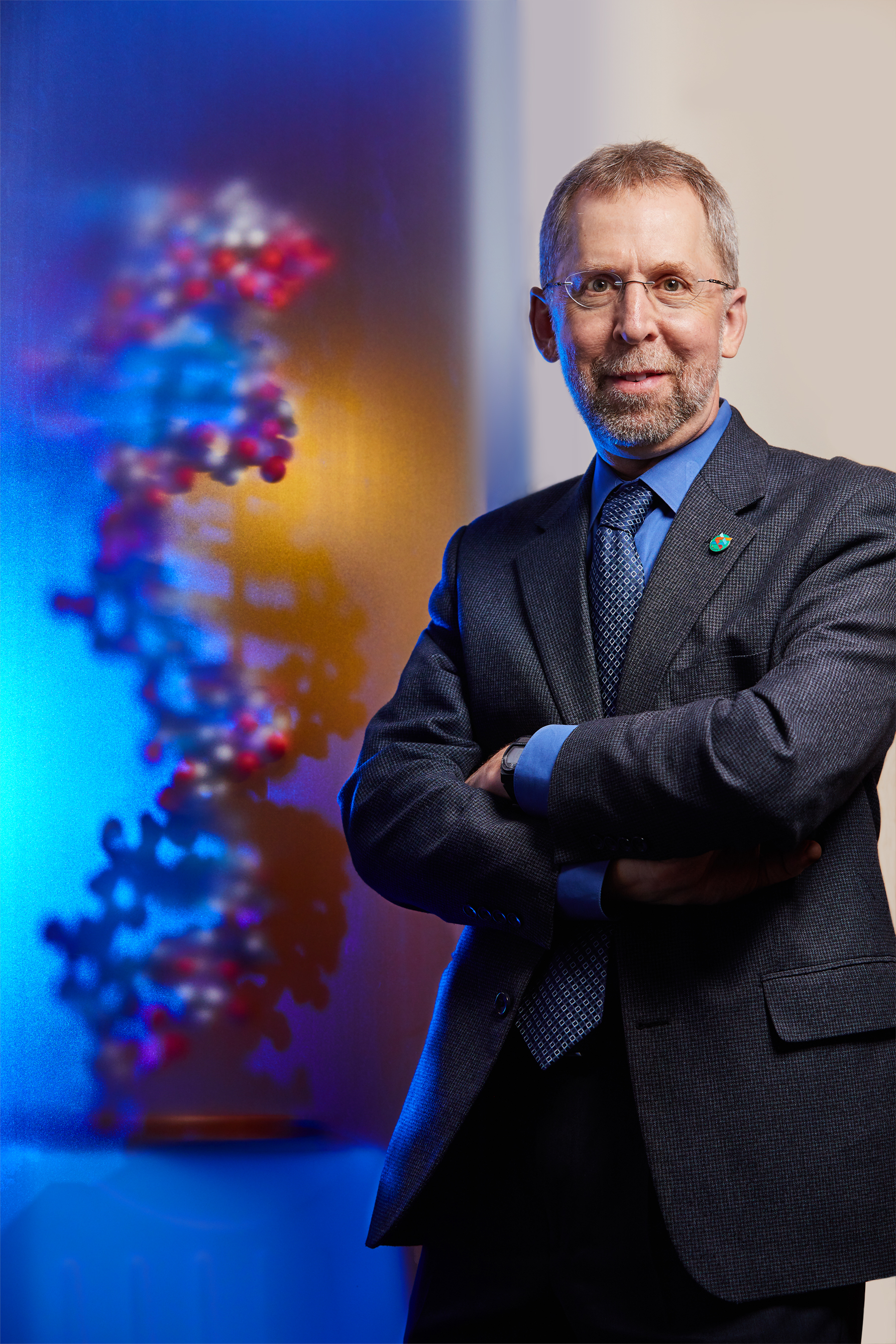 "We understand less than 5% of our genome" 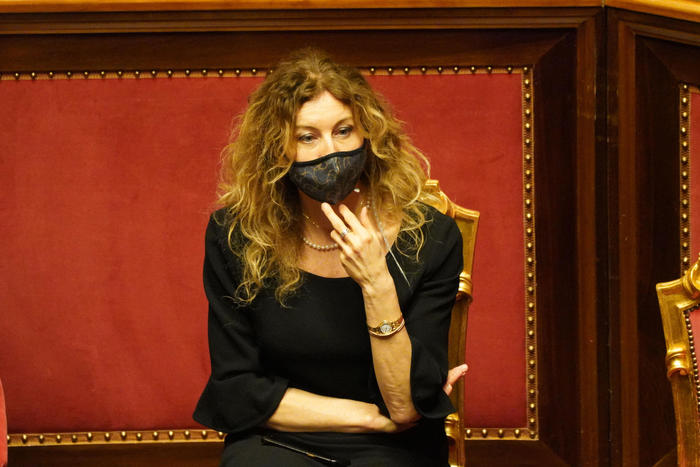