Green pass for everyone at work. Brunetta: "It concerns 23 million workers"

Unanimous green light to the new provision. Ok to 72 hours validity for molecular swabs. Draghi: "It is needed to continue to open up the country". Hope: for cinema and sport we will decide after the effects of the opening of schools (ANSA) 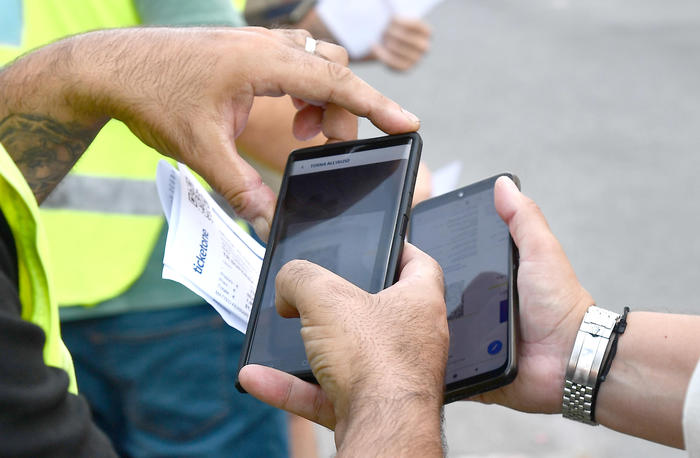 The Council of Ministers unanimously gave the green light to the new decree law for the extension of the Green pass to all workplaces.

"The novelty is that it is a universal strategy, we are going to touch the whole world of public and private work and for the dependent and self-employed private individual, a group of 23 million workers".

Thus the minister Renato Brunetta at the press conference.

HERE ARE ALL THE MEASUREMENTS

The obligation of a Green pass for entry into the workplace

is valid for all private workers, therefore self-employed and family collaborators are included

. The obligation will therefore apply, for example, to the

who carries out his work in the public and private sectors, but also to

. In fact, the law states that "anyone who works in the private sector is obliged, for the purposes of accessing the places where the aforementioned activity is carried out, to possess and exhibit green certification upon request".

The suspension from work is immediately triggered for private workers, while for public employees it is valid after five days.

The draft of the new dl on the Green pass foresees it.

If private workers "communicate that they are not in possession of the green certification or if they are deprived at the time of accessing the workplace, they are suspended from work, in order to protect the health and safety of workers, and, in in any case, without disciplinary consequences and with the right to keep the employment relationship. For the period of suspension no remuneration or other remuneration or emolument is due ".

The antigen tests will be free only for the exemptions provided for by the circular of the ministry of health.

Health Minister Roberto Speranza said this at a press conference.

Those recovered from Covid will no longer have to wait 15 days from the first dose of anticovid vaccine to get the green pass but will get it immediately after the first administration.

This is what is foreseen in the draft of the decree which extends certification to the workplace.

In fact, article 4 paragraph 3 modifies the current legislation by replacing the passage in which it was stated that the certification was valid "from the fifteenth day following the administration" with the words "from the same administration".

The extension of the Green pass will start,

for all public and private workers

The green pass issued on the basis of a negative rapid or molecular antigen test is valid for forty-eight hours from the execution of the "rapid antigen test and 72 hours from the execution of the molecular test". An amendment to the green pass bis approved by the Constitutional Affairs Committee in the Chamber provides for this.

, the suspension from work, and therefore from salary, after 5 days of access without a certificate. For pharmacies towards the obligation of controlled prices for tampons. The government is also asking to extend the Green pass obligation to Quirinale, Consulta and Parliament as well. Due to the principle of self-declaration, the rule cannot be automatically applied to constitutional bodies which, on the basis of the decree, will have to pronounce themselves by 15 October. The certificate obligation is

to those who work in voluntary associations.

"This provision has a broad consensus: it was widely shared in the control room, in the Conference of Regions led by various political forces and was voted unanimously in the CDM. There have been proposals for changes implemented. Prime Minister Draghi as it happens by months, he manages to summarize the different sensitivities; there is the consensus of all the majority parties ". The Minister for Regional Affairs Mariastella Gelmini said this at a press conference.

"There is full harmony in the government and with Minister Franceschini. The government has made the basic choice to focus all its energy on the reopening of schools. Today there are other measures in force and there is a capacity issue in cinemas and theaters. The orientation is: we carefully monitor the curve after the opening of the schools, if the curve should hold up we will work to enlarge the meshes as regards the capacity ". Thus the minister Roberto Speranza. "We understand requests from the world of cinema and sport but we need a few weeks to evaluate the curve after the opening of the schools".

It will be expressly provided for the

CGIL, CISL and UIL and some ministers had asked to make the swabs free for everyone, but the government's line remains the opposite, because the risk would have been to discourage vaccines.

The Northern League's stomach ache had reverberated in the parliamentary votes on the previous Green Pass decrees.

But the League, which continues to ask for free tampons, is unlikely to clear away.

Giancarlo Giorgetti, who with Renato Brunetta, Roberto Speranza and Andrea Orlando supports Draghi at the table with the unions, has already publicly expressed his support for the measure, which also pleases the governors of the North.

Furthermore, we would be close to "social immunity": speeding up now on the Pass in the workplace, serves to approach a "safety point" in 3 or 4 weeks, by mid-October to reach the complete vaccination of 44 million people , 81.7% of the audience.

At Palazzo Chigi the secretaries of Cgil and Uil Maurizio Landini and Angelo Colombini of the CISL had reiterated the request for mandatory vaccination, but it is a path that the government for now chooses not to take.

"Only by immunizing the vast majority of the population can we contain the infections", says

At the end of the meeting in the control room

observes: "Using the green pass to guarantee reopening and work is fine. Imposing it, however, and on this we have presented an amendment, to mothers who go to take their children to the nursery or to the nursery school and if they do not have it they cannot go and fetch their two-year-old son, it really seems to me something absolutely absurd. You need balance and common sense ". "The parliamentarians of the League are fighting because the right to work and health, as well as the right to school, are fundamental".

"Draghi? On the Green Pass I agree with Merkel. He agrees with Macron, I with the rest of Europe and the world". This was stated by the President of FdI,Giorgia

"The Green pass is a useful tool now to complete the vaccination campaign and secure the country. But we must absolutely guarantee the right to work which is of equal constitutional importance", says the leader of the M5s,

, speaking with journalists in Assisi.

"Now we will see the legislative proposal that will be brought - said Conte - but we believe that on the one hand, the use of the Green Pas should be widespread to make jobs safe and on the other, however, we must ensure that there is the right to job preservation ".

Green pass for everyone at work. Brunetta: "It concerns 23 million workers" Work only with vaccination or corona test: Italy tightened rules for employees 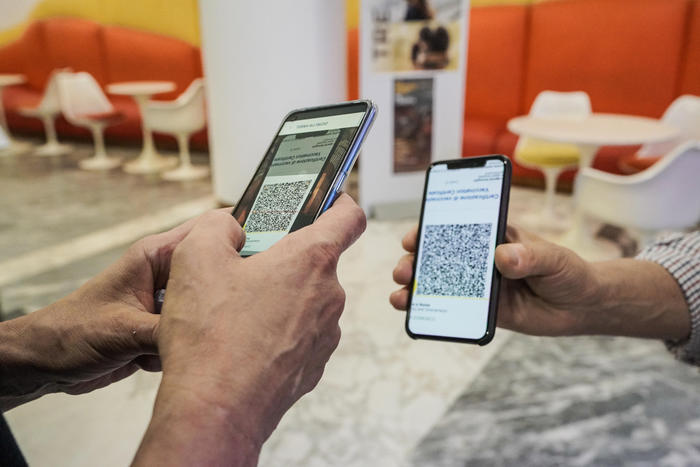 In companies with fewer than 15 employees, those without a green pass can be replaced 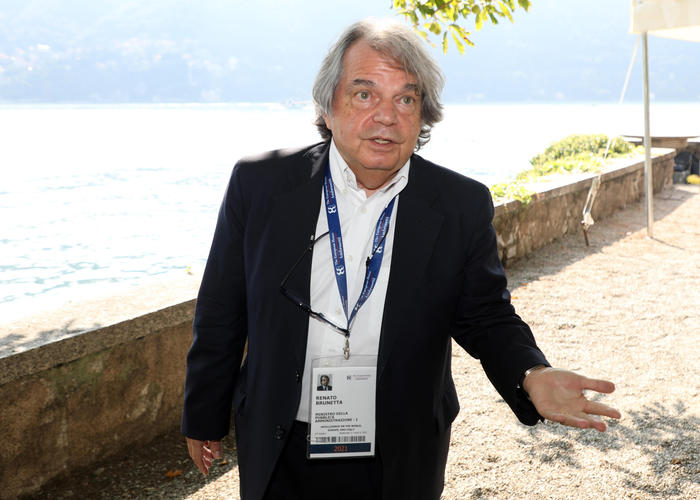 Brunetta, in the future green pass for all workers 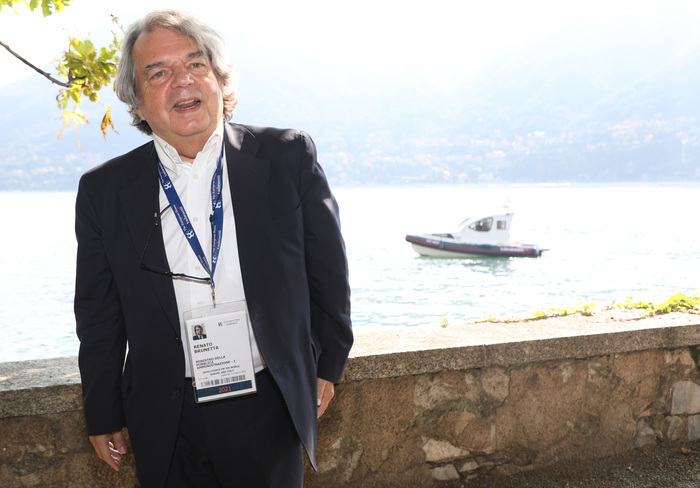 Brunetta, in the future the green pass for all workers 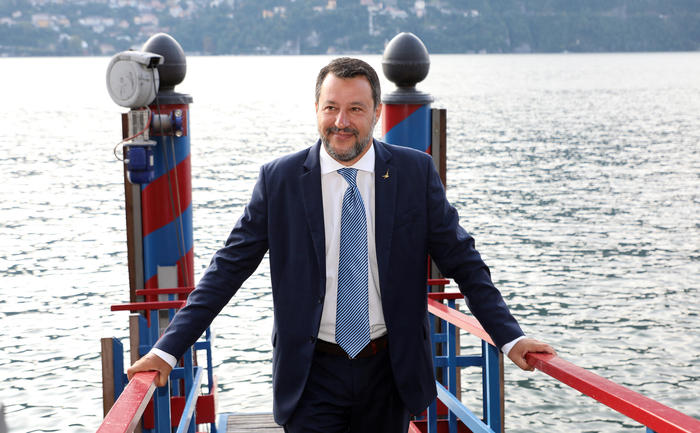 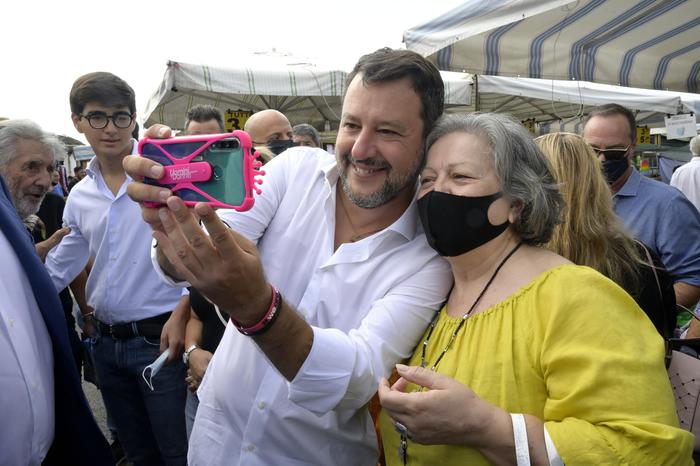 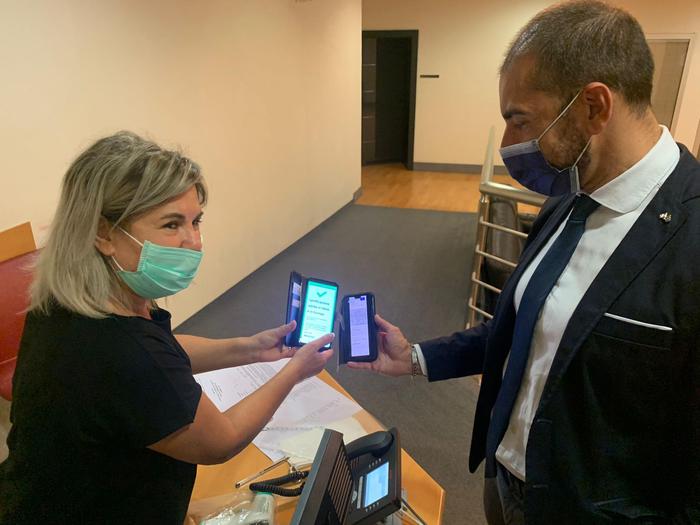 Brunetta, with the return to work in presence in the public administration GDP 2021 at 6.2-6.3%