Mélanie Laurent, the actress and director who does not believe in rivalry

The French premieres 'El baile de las locas', a drama about nonconformist women locked up in psychiatric hospitals in the 19th century 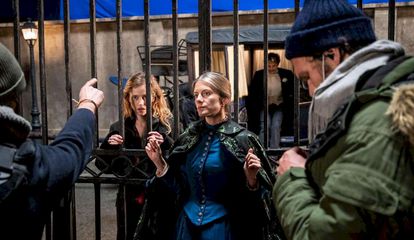 Even in a country eminently focused on culture like France, Mélanie Laurent (Paris, 38 years old) has a difficult fit. At the age of 15, she began her acting career and has acted in all kinds of films from her beginnings in auteur cinema, until, thanks to her English, she played the role of the owner of the movie theater

Tarantino. She also participated in

by Claudia Llosa, and in recent times she has become a science fiction and action heroine on platforms with

In addition, as a director, she also plays ductility: with fictions such as

documentaries on climate change such as

or the adaptation of the novel by Nic Pizzolatto

"He is very intelligent, and above all, he maintains contact," recalls Claudia Llosa from the Colombian jungle, where she is filming a series.

“She is a great friend.

Not only does she not enter into the rivalry of actresses, she believes in sisterhood, ”says María Valverde.

When Llosa thought of Valverde for her new film,

called Laurent, who enthusiastically recommended it: the Frenchwoman had directed the Madrilenian in

"There are too many rivalries in the world for me to make them grow," he says.

And that is one of the themes of his film

It is an adaptation of the Victoria Mas novel that Laurent has directed, co-written with Mas, and played a supporting character.

The dance of the crazy

describes an all too common situation: at the end of the 19th century and the beginning of the 20th, any woman who strayed from the path marked by patriarchy (behaving, marrying, becoming a mother and a housewife) ran the risk of ending up being admitted by her family in a psychiatric. They were described as hysterical and they were locked up in places like the one recreated in the film, the Parisian sanatorium Pitié-Salpêtrière. “That is the first reason why I decided to adapt this novel. I was looking for a book whose narrative engine was powerful female characters, and when I read it I admired its complexity wrapped in a glove of linguistic simplicity; I was fascinated by the work of Mas to tell things without you feeling that he was passing a message to you ”, remembers Laurent. “It was very easy to intern a woman at that time, and inside they recognized each other.They were the independents, the insubordinate, they ended up uniting ”.

But Laurent points out: “I did not care about the gender of the author, that the book was written by a woman, but the quality of the narration and the female protagonists.

Now, is the book better because it was written by a woman who may have felt what counts?

The disk of bitterness

It's unclear if she's talking about the characters, current examples, or even herself.

"Well, not everything has been easy," he begins to count.

And when the journalist shows him his only album,

When Laurent released the album, "people didn't get it."

And he explains: “Neither the public nor many media allowed me to get my head out of the audiovisual.

I remember that, curiously, I got lyrics, I wrote songs one after another.

I haven't heard it since.

Three years ago I tried to write more songs, and not a single one came out. "

Will it repeat itself?

However, María Valverde points out: “It will repeat, because music lives in it.

The same is not an album, but another musical project, but something will do ”.

Mélanie Laurent, on the set of 'El baile de las locas', characterized by her character.

Laurent confesses himself "apostle of sisterhood", follower as director of Claudia Llosa, and admits that he was impressed by meeting Jodie Foster at the last Cannes festival, whom he remembers in his characterization in

[Foster received the Palm of Honor Gold, Laurent was part of the official jury that Spike Lee presided]: “Thank you, I appropriate the comparison”.

The dance of the crazy women

has been a long project, the shooting of which received the blow of the pandemic. “I grow in each project. In my early days I was very involved in making sure everyone on the set was happy. In

since I was both in front of and behind the cameras, I focused much more on work. Let's say that, in my shootings, I resort to at least is more. And even though I didn't want to act, it was a suggestion from the producer. I did feel that being on set, on stage, with my actresses in front of the camera, helped me a lot. It focused me and made me forget that we were in the second wave of the coronavirus. And after a pause, he underlines: "I feel legitimized as a filmmaker."

The covid also took over her next project as a director,

with the Fanning sisters, which got to start filming. "The confinement ended everything, it was a great project ... Both Dakota and Elle have very tight schedules, and I think we will never return to it."

Mélanie Laurent, the actress and director who does not believe in rivalry 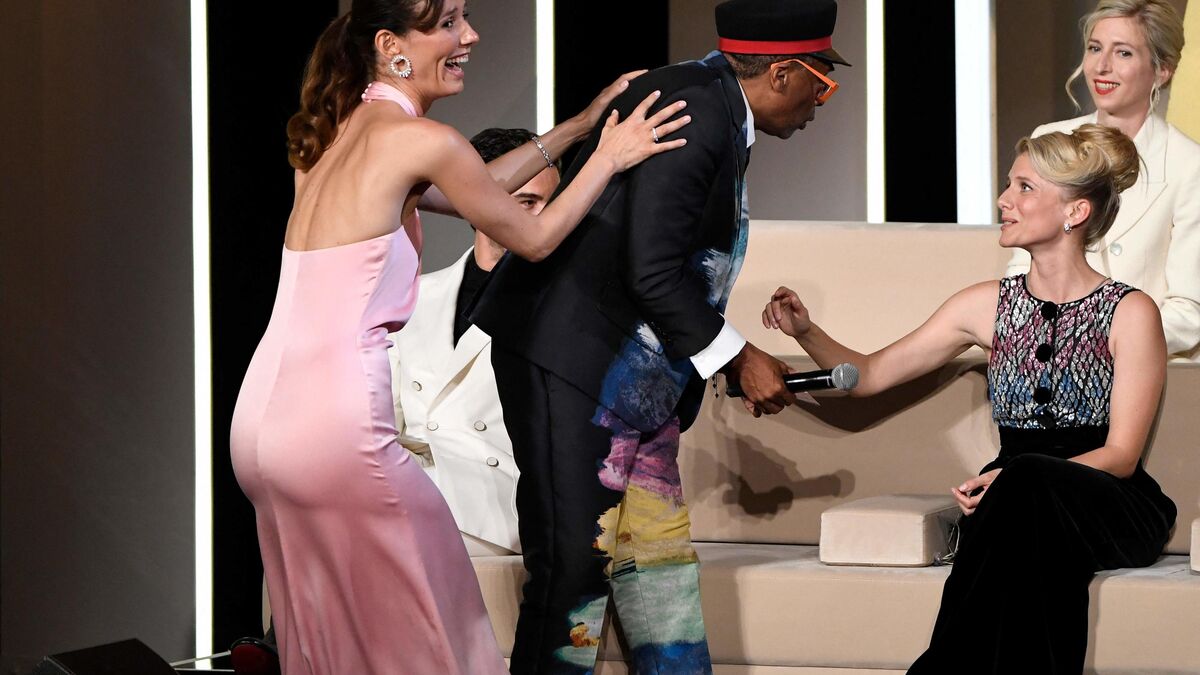 Cannes Film Festival: huge blunder by Spike Lee, who unveils the Palme d'Or ahead of time 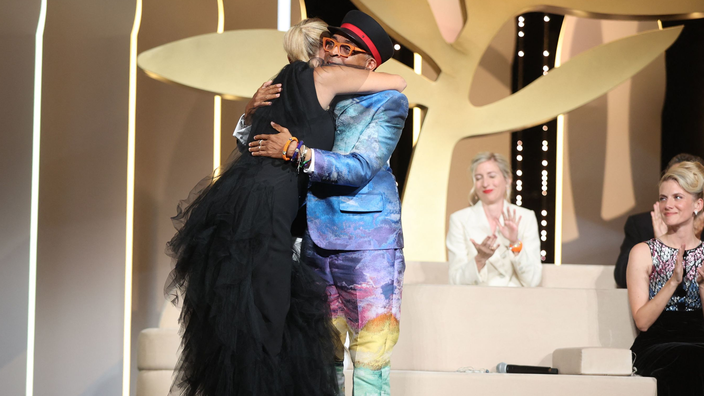 Cannes 2021: a shocking Palme d'Or for a lead ceremony 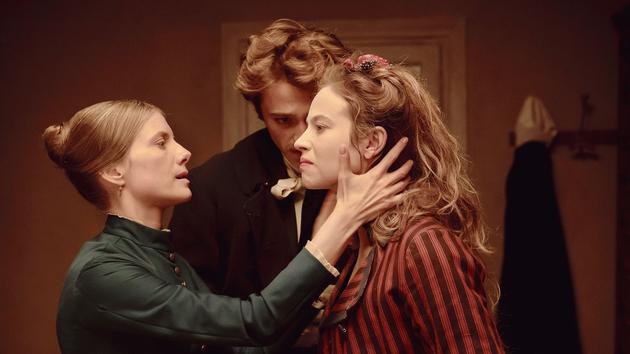 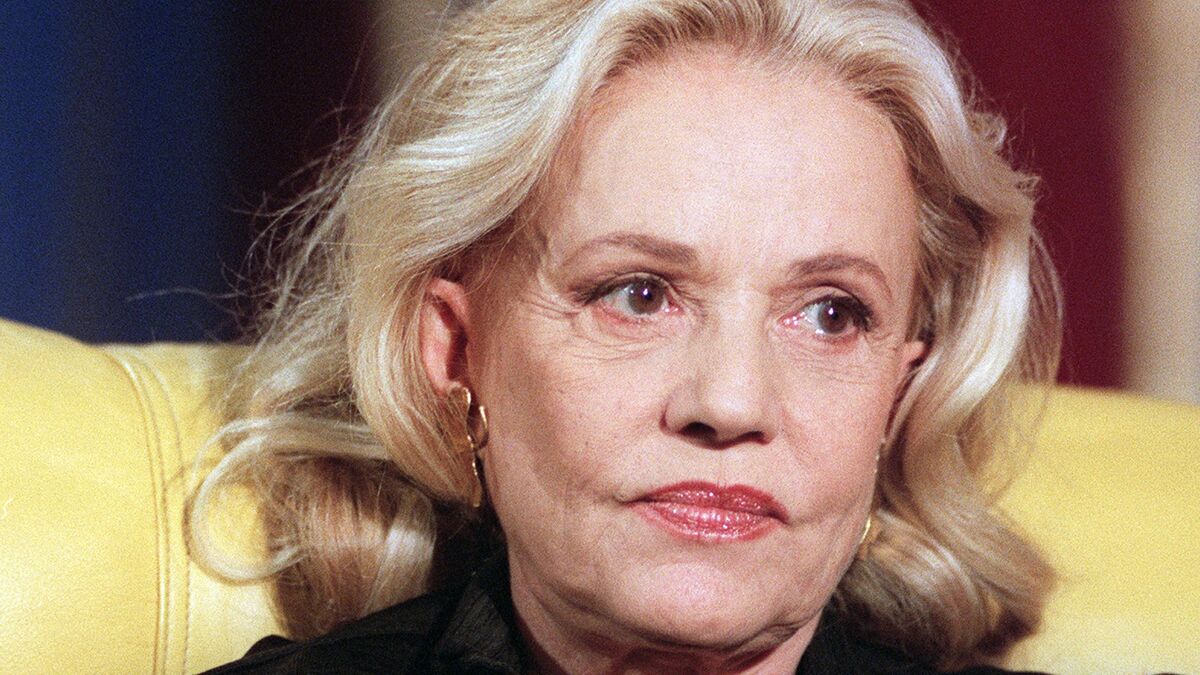 Regret of being a mother: Jeanne Moreau, Anémone ... these personalities who dared to talk about it 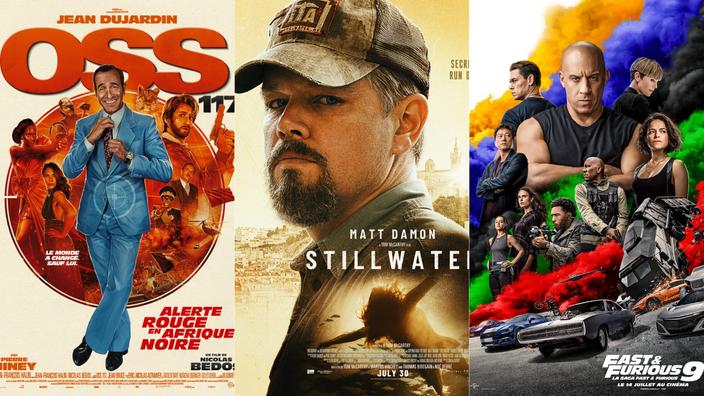 Cannes Film Festival 2021: the twelve films to watch, out of official competition 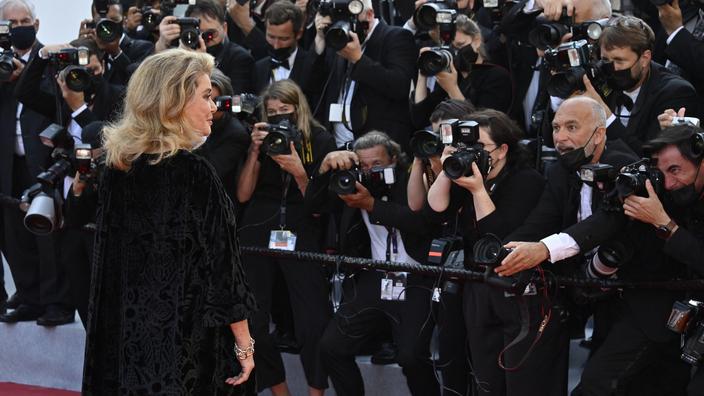 Embarkation for Cannes: the return of Catherine Deneuve, the hateful JoeyStarr and the green cinema