Bishops' Conference: Bätzing calls for concrete reforms in the church

The Bishops' Conference meets in Fulda - also on dealing with cases of abuse, sexual morality and the role of women. Victims' initiatives complain that they feel "mocked and insulted" by the church. 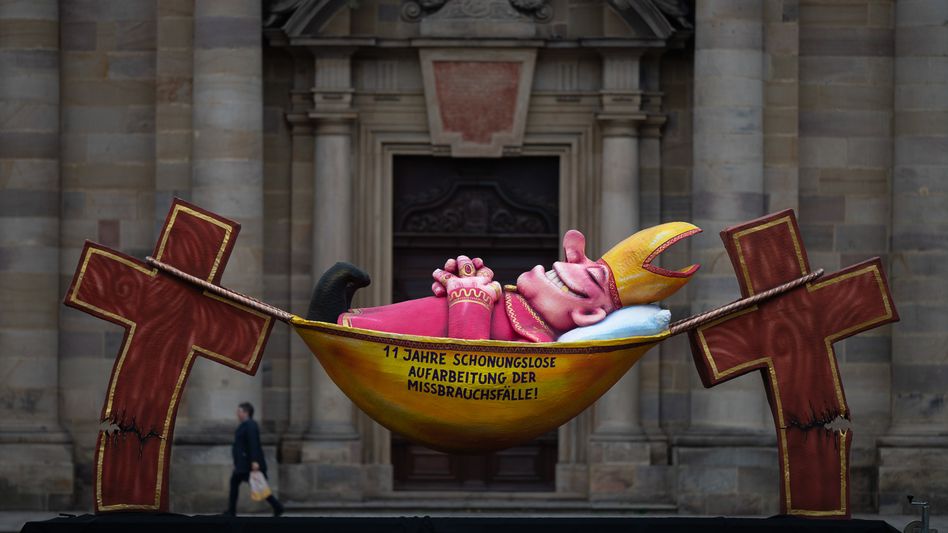 Protest sculpture by Jacques Tilly in front of the Fulda Cathedral: long processing time "something difficult to endure"

In Jacques Tilly's large sculpture "The Hammock Bishop", the crosses between which a bishop tries to shake off the investigation of the abuse scandal are quite strained. At the start of the autumn plenary meeting of the German Bishops 'Conference (DBK) in Fulda, at which victims' organizations are showing the work of art, the bishops may have recognized that the topic is actually an existential question for the Catholic Church in Germany - and they comment on it and other sensitive issues within the Church.

The DBK wants to deal with the design and work of the recognition system for victims of abuse in the church.

"We have received feedback that issues here have to be examined carefully and touched up again as soon as possible," said the chairman, Limburg Bishop Georg Bätzing.

This includes the processing time.

"This is something difficult to bear, I am aware of that." The question of transparency is also asked again and again.

It is also particularly difficult that the procedures sometimes lead to retraumatisation.

"That is something that we have to look closely at, that cannot be the purpose of this program that we have put on."

To begin with, several victim initiatives accused the Catholic Church of “unspeakable treatment of those affected by sexual abuse in church institutions”. The payment framework for the recognition payments of up to 50,000 euros given by the bishops is already "ridiculously low," said representatives of the Alliance of Affected Initiatives and the Giordano Bruno Foundation. But the specific decisions of the Independent Commission for Recognition Services "far exceed our worst fears."

Even in cases of serious, hundredfold and years-long abuse, the commission does not even exhaust the framework available to it, criticized the initiatives.

The payments by the Commission also lacked transparency and systematics.

“As a result, the process is more like a wheel of fortune than a fair process.

We victims feel mocked and insulted. "And further:" As long as the recognition services do not at least partially reflect the suffering of those affected, the crimes are again trivialized. "

Bätzing understands irritation about the decision to Hesse

The organizers also criticized the decisions of Pope Francis not to accept the resignation offers of the Archbishop of Munich and Freising, Cardinal Reinhard Marx, and Hamburg's Archbishop Stefan Heße. "The inconsistent behavior from Rome towards those responsible makes any further abuse study superfluous - in the eyes of the Pope and the Church, those affected are worth nothing anyway," says Jens Windel, member of the DBK's Advisory Board and founder of the Hildesheim Affected Initiative.

Bätzing also expressed understanding for the irritation that Heße was now taking part in the general assembly.

"I can understand that really well," he said.

For the Pope, however, the decisive factor was that he had found no evidence of an "active, deliberate cover-up" by Hesse.

But it is not the case that the Pope always holds his protective hand over the bishops.

Bätzing said he hoped for an early decision by the Vatican in the case of the Cologne Cardinal Rainer Maria Woelki.

I'm waiting too. «The largest German diocese has been in a permanent crisis for a year because Woelki initially withheld an opinion on how to deal with allegations of abuse due to legal concerns.

The assessment of the visitors sent to Cologne by Pope Francis is not yet available.

The aim is "to change the actions of the church in a very concrete way," said Bätzing.

It is not about a "minor paint job", but about "major changes".

DBK wants to discuss opening the offices for women

In concrete terms, this means for Bätzing: "According to my concept, the role of women is, as I have said often enough, the decisive question for the future, and an opening into the services and offices must be discussed." there signs.

Signs also with regard to partnerships that are not decided in a sacramental marriage, whether they are same-sex or multiple-sex.

Bätzing made this assurance in the face of ever more pressing and impatient demands for reforms. Andrea Keber from the reform movement “Maria 2.0” had previously stated that the bishops were also expected to “take a clear position vis-à-vis Rome”. It doesn't help to just show understanding for reform efforts and to give assurances - and then give in when a decision comes from Rome, said Keber, and also with a view to the massive resignations from the church declared: "It's about the future of this church."

Conservative bishops like Woelki criticize the fact that Bätzing and other reformers are fueling expectations that they will not be able to meet in the end because the Vatican will not participate.

This could then only lead to great frustration among German Catholics.

The Regensburg Bishop Rudolf Voderholzer recently even published alternative texts on his own website.

Bätzing said that this was a “moment of surprise”, but that the initiative did not endanger the Synodal Way.

Bishops' Conference: Bätzing calls for concrete reforms in the church

North German dioceses call on those affected to participate 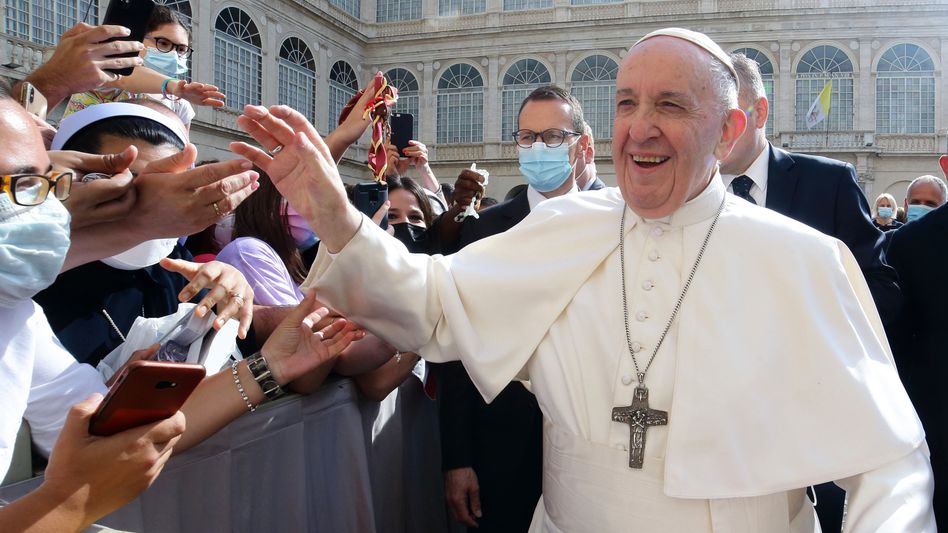 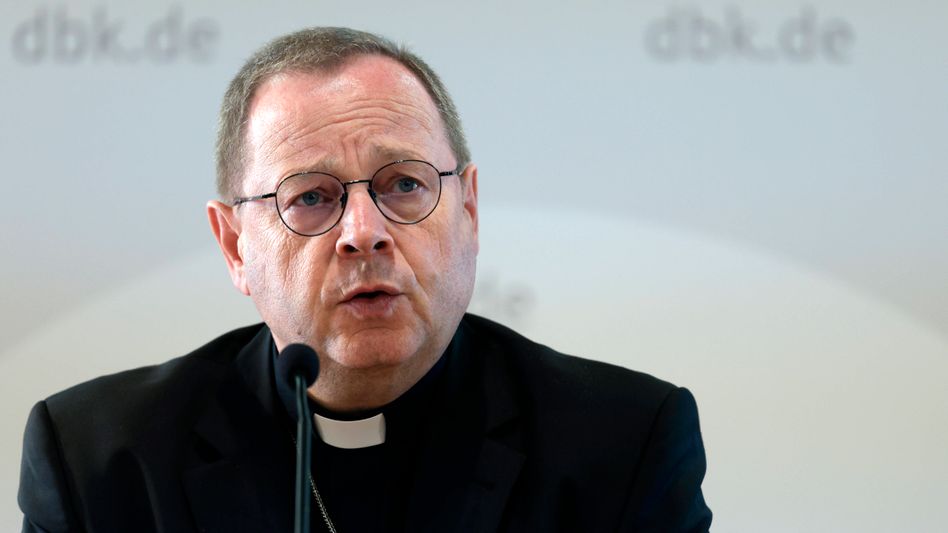 German Bishops' Conference: Bishops against higher compensation for pain and suffering for victims of abuse