The corona vaccinations approved in the EU are considered to be well tolerated. But many are concerned with the question of whether the vaccination could have health consequences years later. The corona vaccinations approved in the EU are considered to be well tolerated.

But many are concerned with the question of whether the vaccination could have health consequences years later.

Concerns about a new type of vaccination are good - if people would not question anything and blindly believe every information and follow every instruction, the consequences can be fatal. The subject of vaccinations has always been a heated debate. They do exist, the neutral citizens. But most of them are either for or against vaccination.

With new immunizations such as the corona vaccination, opinions often drift apart - and there is a lot of uncertainty, also with regard to possible long-term consequences.

In the clinical tests, which all vaccines approved to date in the EU have successfully passed, researchers have demonstrated a good effectiveness of up to 96 percent in the case of the Moderna preparation. The corona vaccines previously inoculated should also be compatible.

, they occur temporarily and leave no damage, quoted the Tagesschau Brigitte Keller-Stanislawski from the Paul Ehrlich Institute (Federal Institute for Vaccines and biomedical drugs). So far there has also been no statistically increased risk of allergic reactions, said Keller-Stanislawski. But what about long-term effects long after the vaccination?

Long-term side effects after corona vaccination?

Susanne Stöcker, press spokeswoman for the Paul Ehrlich Institute, gave the all-clear in an interview with ZDF:

“Long-term side effects that only occur after years are generally not known with vaccines”.

Most vaccination side effects would occur within a few hours or days.

"In rare cases even after weeks," says Stöcker.

It is these side effects that can lead to complications known as long-term effects.

Petra Falb, expert in the approval of vaccines at the Austrian Federal Office for Safety in Health Care, gives the following example in her blog: “Let's look at an“ old ”vaccination, the smallpox vaccination. Vaccination was compulsory for them; at the end of the 1970s, smallpox could be declared eradicated; So the global vaccination campaign was a resounding success.

The smallpox vaccination was, however, significantly more reactive than our modern vaccinations, and in rare cases there was vaccination damage due to vaccination-related encephalitis (inflammation of the brain). This vaccination could therefore cause long-term damage

- simply because EVERY encephalitis can leave permanent damage, no matter what causes it ”. The word "long-term damage" would often be used incorrectly, namely as a designation for the fact that damage from a vaccination * only becomes noticeable after a long time. “The occurrence of this encephalitis happened on average within a week after the vaccination. That means that this damage occurred promptly, not after years, even if the effects persisted for years! ”, Says Falb.

The same principle applies to mRNA vaccines: Here, too, no late-occurring damage is to be expected from the vaccination itself, as Susanne Stöcker told ZDF.

The components of the vaccines developed with the new technology would break down quickly in the body after vaccination.

According to Stöcker, it should take around 50 hours until the ribonucleic acid mRNA can no longer be detected in the body.

Survey on the subject of corona vaccination Three or six weeks? The interval between corona vaccinations can be as short as this 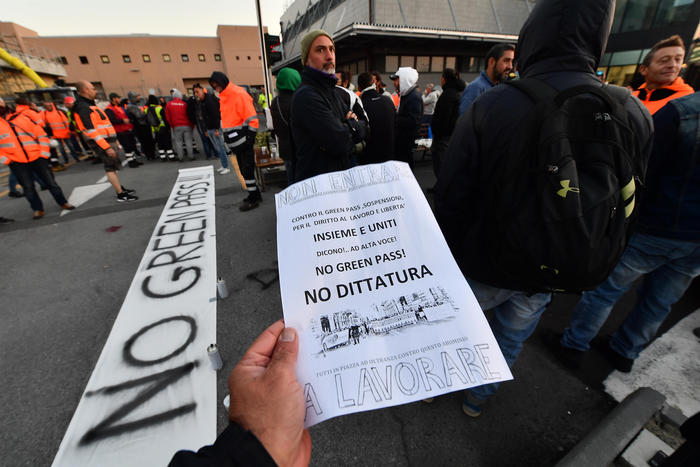