Gus Van Sant pays off his debt to Warhol

The filmmaker premieres in Lisbon 'Andy', his first play, dedicated to the visionary pop-art artist Actor Diogo Fernandes in Gus Van Sant's musical 'Andy', which premieres at the Lisbon Biennial of Contemporary Art. / Filipe Ferreira Gus Van Sant owed Andy Warhol a debt. In the early 1990s, he wrote a script for a film about the artist who conquered the seemingly impossible: he turned popular symbols of consumerism into cultural fetishes for millionaires while revolutionizing art history. Despi 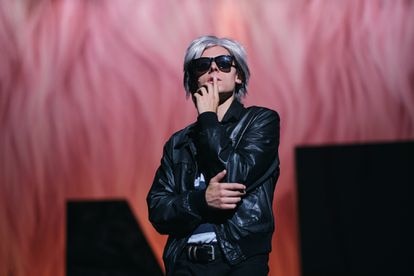 In the early 1990s, he wrote a script for a film about the artist who conquered the seemingly impossible: he turned popular symbols of consumerism into cultural fetishes for millionaires while revolutionizing art history.

, the project did not catch on.

So when John Romão, the director of the Biennial of Contemporary Arts of Portugal (BoCA), invited him to direct a play for this year's edition, the filmmaker decided to pay off his debt three decades later.

, which opens today at the Dona Maria II National Theater in Lisbon, is Gus van Sant's first foray into the scene, fond of exploring other forms of artistic expression other than cinema.

This versatility has been recorded in two music albums, the novel

(1997), a long collection of paintings (some could be seen at La Casa Encendida, in Madrid, three years ago) and the book of photographs,

, a succession of natural black and white portraits taken between 1988 and 1992 of actors and friends such as River Phoenix, Matt Dillon, Annie Leibovitz, Faye Dunaway and David Bowie.

If for the screen, Van Sant had thought of River Phoenix as Warhol (the actor dyed his hair white to study his transformation not long before his death, which occurred in 1993), for the musical he has opted for a Portuguese cast with Diogo Fernandes in the role of the artist. Although it initially considered the hiring of American actors, the limited budget of the BoCA and the restrictions of the pandemic have favored the selection of young local actors, who speak and sing in English (the play is offered with subtitles in Portuguese). Both the text, the music and the lyrics are the work of Gus Van Sant himself, who has counted on the musical direction with the rocker Paulo Furtado, The Legendary Tigerman, who sought ambience in the songs that inspired Warhol.

In an interview with the weekly

, the filmmaker explained that he discarded the script from the nineties to write a text that incorporated aspects that have come to light in later biographies and documentaries about Warhol, whom he never met. The closest she got to him was during a chance meeting on Madison Avenue in New York. “He passed me, it was easy to recognize him on the street. He was talking to someone, he didn't even look at me ”, remembered Van Sant. Those were the days when

was knocking on the door: “There was a collecting spirit that became fashionable, people began to keep strange objects at home and they began to treat both ancient and bulky carousel horses as art. traffic signals".

The cultural atmosphere that accompanied Warhol's career is an essential part of the musical, which begins with the atmosphere of resistance to the push of some creators who would change the paradigm of art, personified in the influential critic Clement Greenberg, a great defender of expressionists like Jackson Pollock and fierce opponent of

"One of the most relevant aspects of the work is the clash between what was the art world in the fifties, brainy and cerebral, dominated by abstract expressionism, and the instinctive explosion of

which begins to raise flight, ”Van Sant pointed out in that interview.

Rehearsal of the play 'Andy', by the filmmaker Gus Van Sant for the Biennial of Contemporary Arts, in Lisbon.

Van Sant's musical is not a linear story or devoid of humor, as can be seen in Warhol's prayer scenes to the Virgin Mary or in the chance that the artist's makeover fosters. The portrait is constructed from a discontinuous narrative, which jumps through the biography of the father of pop-art to recreate some of the most significant episodes, from the days when he sought the friendship of Truman Capote and was ignored as a nobody until the years of fame that excused any extravagance such as his appearance on the television program

in 1965 in which he whispered his answers to actress Edie Sedgwick for her to respond to the interviewer.

Warhol was more than the ideologue of fifteen minutes of fame. He elevated vulgar objects (the soup can) to the restricted sky of icons and claimed the effect of mass production. It helped democratize art by enhancing elements of popular culture, but it also built an elitist ecosystem around it. He himself ended up being a sophisticated product of his factory, although for Gus Van Sant he never stopped being “an

”. In June 1968 at The Factory he received several shots from Valerie Solanas, who had felt belittled by the Warholian circle and the artist himself, to whom he had given a manuscript of a play to get his opinion. This is one of the moments where

and that is essential for the final touch of the work, which will be performed at the Dona Maria II National Theater until Sunday the 3rd before starting an international tour of Italy, the Netherlands and France. In Spain, performances are scheduled at the Calderón Theater, in Valladolid, on February 12 and 13, 2022.

, the Portuguese Cinematheque has screened a retrospective of Gus Van Sant's filmography, from his independent works such as

to Oscar-winning films such as

My name is Harvey Milk

The director also requested the screening of

, the film that Andy Warhol filmed in 1964 as a tribute to his comic book superheroes and which has barely seen the light of day.

DC Comics, which had not authorized the filming, demanded that the copies be destroyed and only a few in private hands have survived. 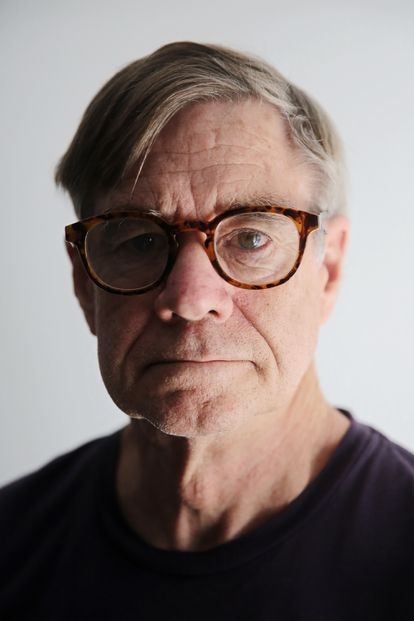 Gus Van Sant pays off his debt to Warhol 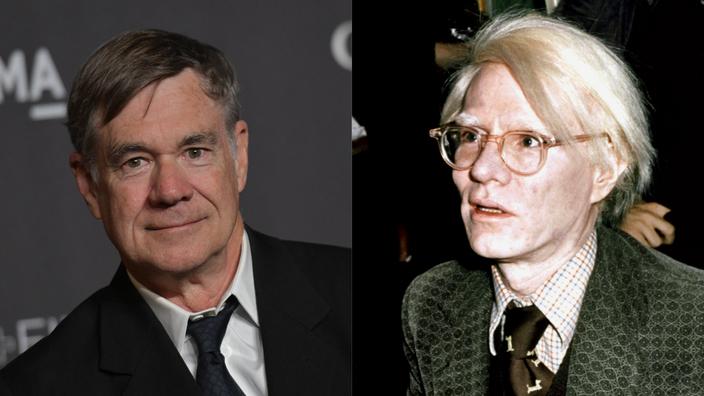 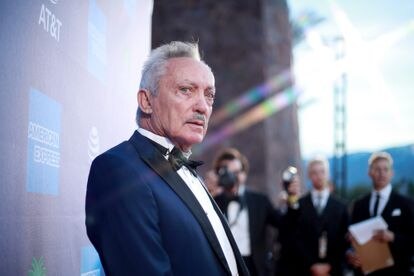 Udo Kier: “From now on, I will only do leading roles. No vampires " 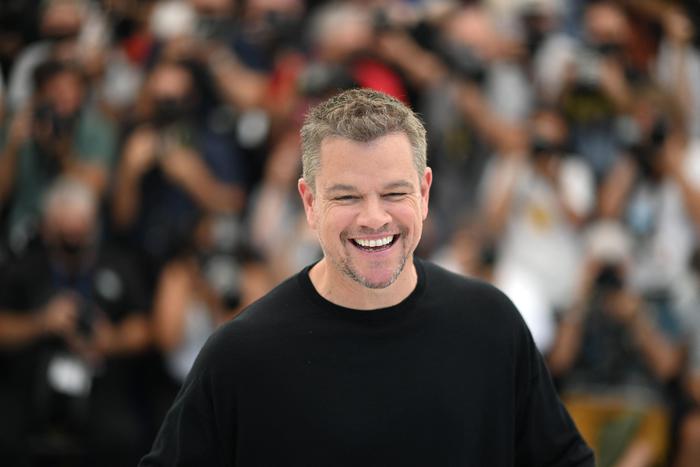 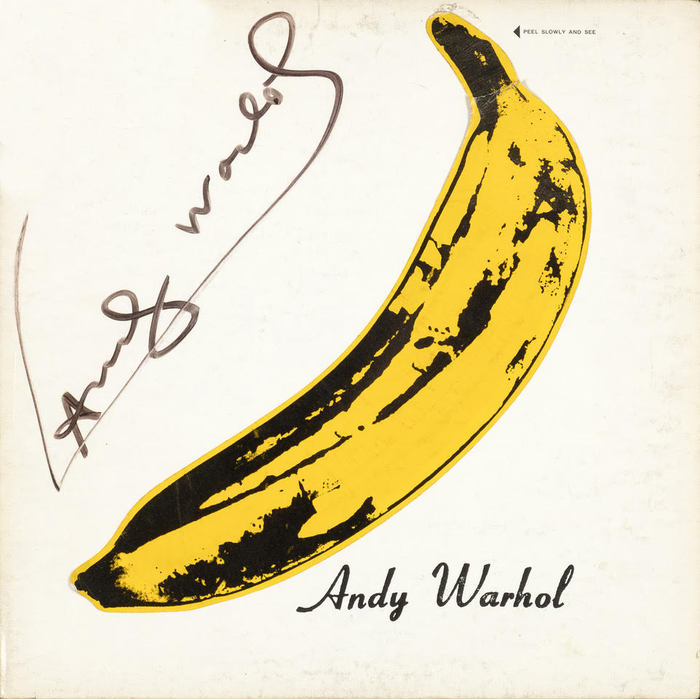 Andy Warhol and the Velvet Underground, the story of the 'banana album' - Lifestyle

Actor Michael Konstantin ("My Greek Wedding") passed away at the age of 94 - Walla! culture