Aldi has a special eye-catcher: Elaine Victoria from Hamburg causes a sensation with TikTok videos. Your clips are clicked millions of times.&nbsp;

Aldi has a special eye-catcher: Elaine Victoria from Hamburg causes a sensation with TikTok videos.

Your clips are clicked millions of times.

Hamburg - It was only twelve seconds - and yet they turned the life of the pretty blonde completely upside down: An Aldi cashier became a viral hit.

Over 12 million people clicked on a video that the young woman shared on the TikTok platform.

The short clip made the blonde an Internet star overnight and caused strange reactions.

The young woman filmed herself at the supermarket checkout.

In the short clip she dances to Jessie J's hit "Wild" in an Aldi outfit.

The woman from Hamburg sings along while she prances to herself.

With her blue polo shirt, it quickly becomes clear that the woman is really a supermarket cashier at the discounter.

Hamburger celebrated as the "hottest" Aldi employee - is now the career at GNTM?

Some users suggest other career plans for the young woman: As a model, some of the TikTok commentators think that she has a good chance of success: “You should join GNTM,” writes one.

Some men suddenly discover their preference for an extensive bargain hunt in the Aldi around the corner.

“If I saw you at the Aldi checkout, I would buy 100 kilos of potatoes.

And potato for potato, ”says one of them, for example.

Elaine Victoria is the "hottest Aldi employee" in the world.

TikTok phenomenon: Elaine only became an Internet hit with her Aldi outfit

Elaine Victoria has been active on the controversial video platform for a long time.

It relies fully on its optical advantages.

Short videos of how she lolls on her bed or dances in tight outfits have long been the main part of her account.

Then - as she explains in a later clip - she uploaded the video of the dance at the Aldi checkout "drunk at two o'clock in the morning" and became a viral hit.

Since then, she has often posted videos of herself in the blue Aldi Polo.

In one she dances in the storage room, in others she gives a glimpse into the staff toilets.

They are the most clicked videos on your account.

Most of the time, the young blonde gives a lot of fun in her work.

It is different with most discount store employees: The industry is considered brutal.

But among the many admiring comments, there are also some critics of the beautiful blonde. “What does your boss say about the cell phone at work?” Someone wants to know. Another user jokingly wrote: “I've been here for two and a half hours, will my turn soon?” The discounter doesn't seem to mind the internet celebrity of his employee: The official appearance of Aldi Süd commented Elaine's dance with fire emojis.

TikTok has been on the rise for years.

In the meantime, it's not just celebrities who are discovering the platform for themselves: In the election campaign leading up to the federal election, many politicians created an official account.

Another video from an Aldi store recently caused a sensation on the platform.

A customer filmed a cashier - but she was not dancing in as good a mood as Elaine Victoria, but broke out into a rather hectic rush. 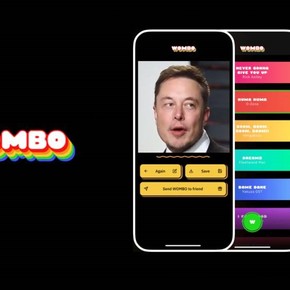 Aldi: Ten things that will piss off every employee

Aldi: Ten things that will piss off every employee