IN IMAGES - The German Chancellor, who came to power on November 22, 2005, has gone through crises and challenges. The election of his successor on Sunday marks the end of an era. 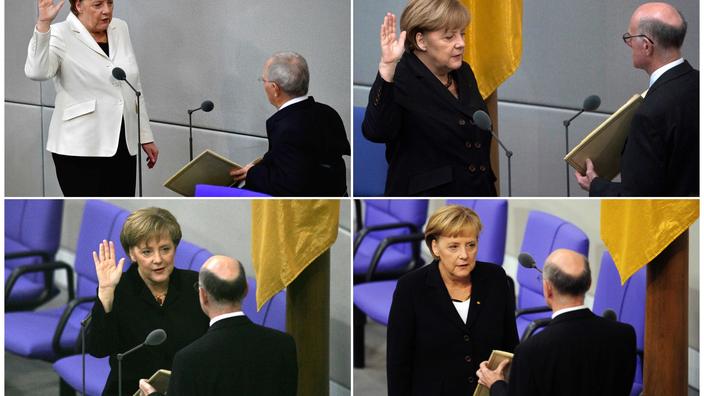 When she was invested as Chancellor on November 22, 2005, Angela Merkel was not yet "the most powerful woman in the world" (a distinction awarded to her by

on multiple occasions), but she quickly established her mark in Germany and in Europe.

The one that her supporters nicknamed "Angie" becomes "Mutti", a maternal and reassuring figure.

As the new heads of state and government march through Europe over the years, Angela Merkel resists the erosion of power.

And imposes its style.

In the aftermath of Angela Merkel's accession to power, the Berlin restaurant Kanzlereck (“Chancellor's Corner”) continues its tradition.

The new Chancellor reserves her first official visit to France on November 23, 2005. She is received at the Élysée by Jacques Chirac.

On August 31, 2006, the Chancellor visited a German Navy submarine in the port of Warnemünde, near Rostock.

November 9, 2007, with US President George W. Bush welcoming him to his ranch in Crawford, Texas.

On May 5, 2009, Angela Merkel, who grew up and lived in East Germany before reunification, gets up after laying a wreath in front of the former Stasi prison, the political police of the GDR, in Berlin.

The Chancellor has a frequent habit of joining hands in a position that has since taken her name, the “Merkel-raute” (Merkel diamond).

On July 14, 2014, Angela Merkel witnessed the victory of the German national team in the final of the FIFA World Cup, in Rio de Janeiro, against Argentina.

At his side, the German President, Joachim Gauck.

With Barack Obama during the G7 summit organized by Germany, near Garmisch-Partenkirchen, on June 8, 2015. REUTERS / Michael Kappeler / Pool

Angela Merkel leans on François Hollande's shoulder, before the Republican march in tribute to the victims of the January 2015 terrorist attacks. Vincent Boisot / Le Figaro

("We will get there.") When she said these words on August 31, 2015, the Chancellor announced that Germany would adopt a policy of welcoming refugees flocking to Europe, rather than partially or completely closing them off to them. borders.

This speech, particularly important in the European management of the migration crisis, marks the beginning of strong political turmoil for Angela Merkel.

A young migrant holds up a portrait of Angela Merkel as she arrives at Budapest train station, before setting out on foot for the Austrian border.

On March 8, 2017, Angela Merkel was called to testify before the parliamentary committee of inquiry into the “Dieselgate”.

She assures that she was not aware of Volkswagen's program to deceive the anti-pollution measures.

On September 22, 2017, the Chancellor participated in the final meeting of the electoral campaign, which should lead her to a 4th term.

After a difficult electoral victory, she announced thirteen months later at a press conference that she would not seek her succession at the head of the CDU and would leave the chancellery at the end of her fourth and last term, in 2021. . REUTERS / Michaela Rehle

As she enters her 16th and final year in power, Angela Merkel has regained very high levels of popularity.

On August 19, 2021, the German Chancellor visits the production facility for Covid-19 vaccines at the German BioNTech laboratory in the company of the CEO and co-founder of the company, Ugur Sahin.

The biotechnology company has developed, in partnership with the American Pfizer, the very first vaccine in the world against the disease.

In one year, this start-up, almost unknown before the pandemic, has become a major player in the sector. 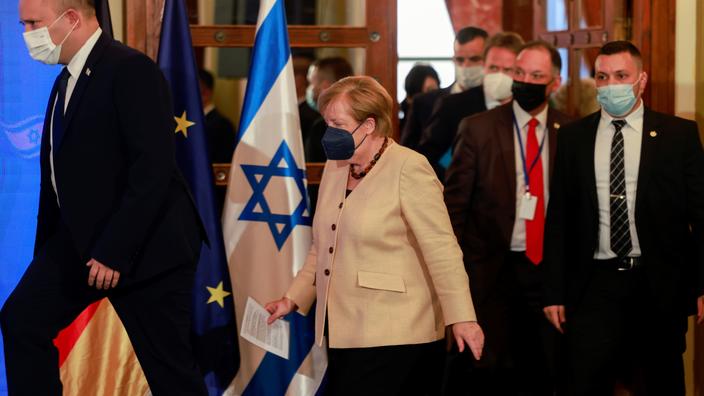 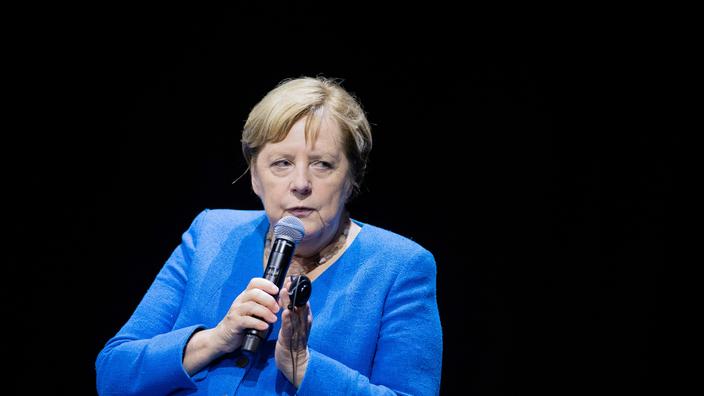 "I am a feminist", proclaims Angela Merkel Gabriel sees "high price" for Merkel years: "Like a mother ..." 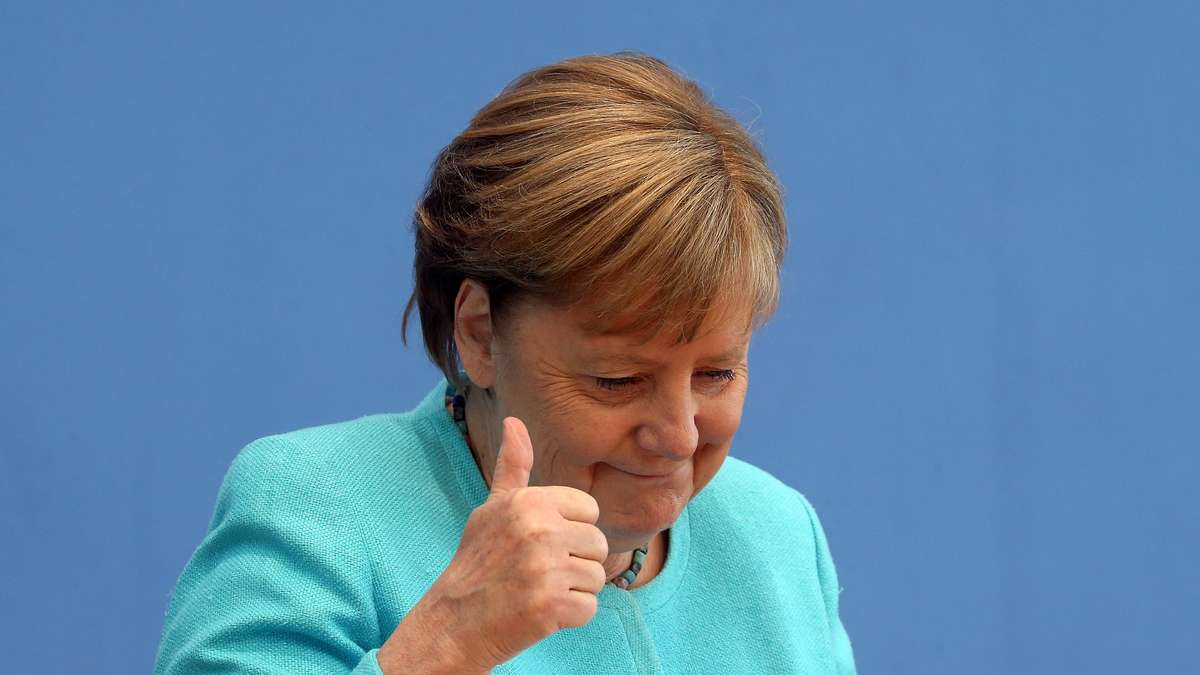 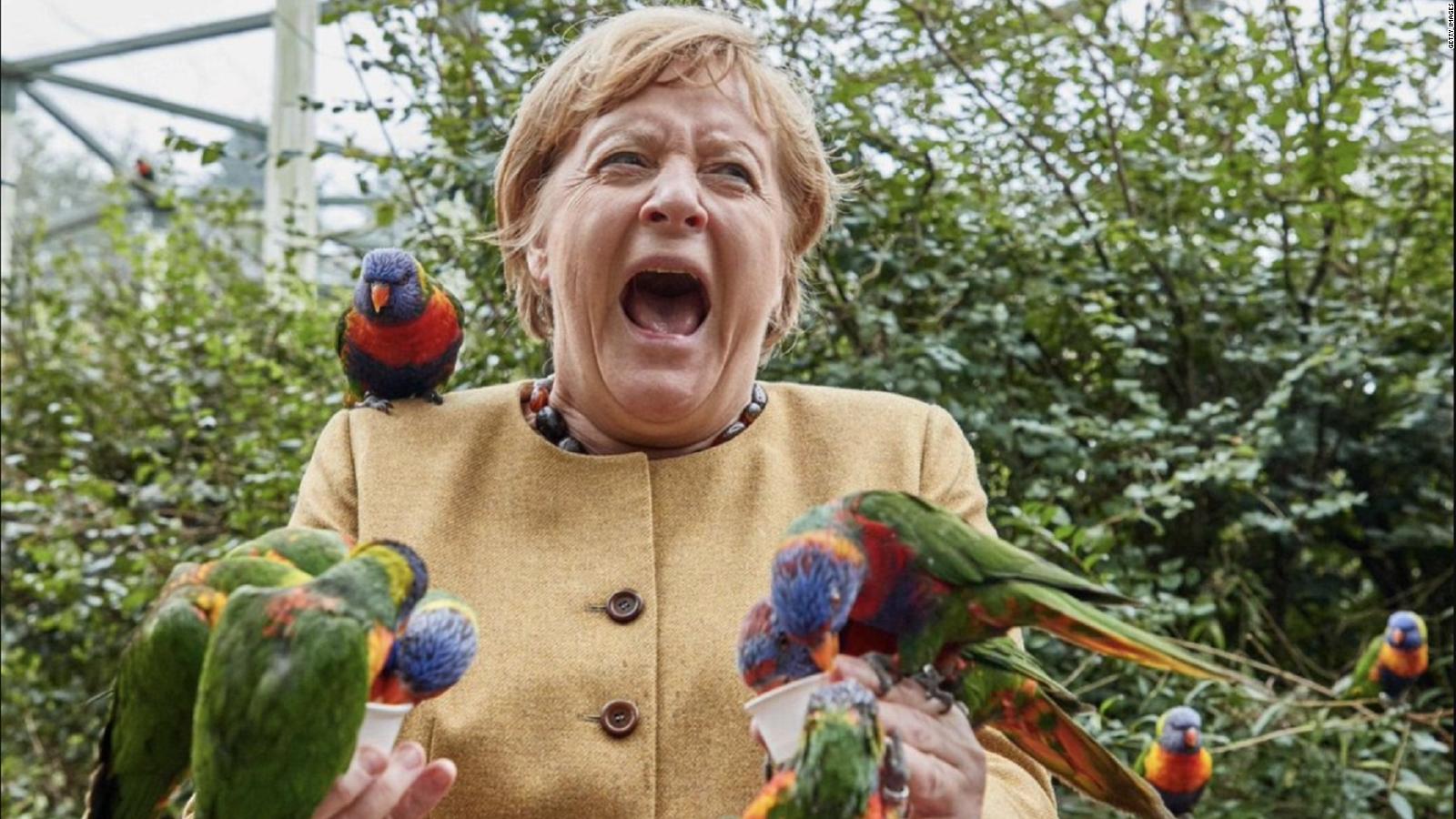 Video | What are the two candidates who aspire to succeed Merkel like?