A posterior transparency test is one of the first and most important tests in pregnancy, and not for nothing. Director of the Obstetric Ultrasound Unit at Hillel Yaffe Medical Center with the complete guide

This is one of the first and most important tests during pregnancy, and it helps diagnose the risk of malformations or various chromosomal disorders, such as Down syndrome.

One of the first and most important tests in pregnancy is the posterior transparency test.

This is an ultrasound test performed in the first trimester of pregnancy, in order to diagnose the risk of malformations or various chromosomal disorders, such as Down syndrome.

Prof. Alon Sharim, director of the obstetric ultrasound unit at Hillel Yaffe Medical Center, explains why it is important to perform the test and what other tests are available for the diagnosis of Down syndrome.

The posterior transparency test is an ultrasound test performed between 11 + 0 and 13 + 6 weeks of pregnancy, and has several purposes.

Exact gestational age is of great importance in managing pregnancy.

All ultrasound measurements performed during pregnancy are based on verifying the exact gestational age.

The best way to verify the gestational age is by measuring in the first trimester of pregnancy - usually when checking the posterior transparency.

The length of the fetus is measured from the head to the buttocks and thus exactly the correct gestational age is calculated.

We call this "dating" (of gestational age).

In cases where there is a suspicion of a slowdown in fetal growth, this measurement from the beginning of pregnancy is of great importance for the purpose of managing the pregnancy.

2. Measure the thickness of the fluid column that accumulates under the nape of the fetus.

This measurement is also correlated with the presence of Down syndrome (or other chromosomal disorder) in the fetus and with the development of malformations, especially heart defects.

At this early stage quite a few organs of the fetus can already be seen by ultrasound.

In an abdominal approach, organs such as the fetus' bladder, limbs, etc. can be seen, and if they are examined for a vaginal approach, it is possible in some cases to perform an almost complete review of many of the fetal body organs.

4. In twin pregnancies - helps determine the type of twins.

The test is used, among other things, to determine the type of twins (identical or non-identical, and which type of twins are identical).

Determining the identity of the twins is of great significance later in pregnancy.

Why is the test important?

One of the major risk factors for Down syndrome is the age of the mother. In Israel there is a recommendation to consider performing amniocentesis after the age of 35 (funded by the Ministry of Health) but this guideline is not enough to detect all cases of Down syndrome, as most women in Western societies give birth at a younger age, and most babies with Down syndrome are born to mothers under this age. . In order not to rely solely on age, screening tests, such as dorsal transparency, have been developed to detect women who are at increased risk for Down syndrome.

These tests do not examine the genetic structure of the fetus, but evaluate other indices that may indicate the disease. Among the screening tests currently offered - the posterior transparency test is an excellent test for diagnosing embryos with Down syndrome. In this test, an excess accumulation of fluid in the back of the fetus may indicate an increased risk of chromosomal diseases, such as Down syndrome and other disorders. This test can detect about 80 percent of fetuses with Down syndrome.

Excellent test for diagnosing embryos with Down syndrome.

Ultrasound of a fetus in utero (Photo: Giphy)

How are the test results decoded?

The result delivered to the patient will include some important data: The

first figure is the size of the fetus.

The second statistic that will appear is the risk of Down syndrome.

Once the risk appears according to the age of the mother (older age = high risk, young age = low risk).

This is the risk that would have been accepted if the midwife had not performed the posterior transparency test.

Immediately afterwards the risk will appear as thought after and following the posterior transparency test.

If the posterior transparency test is normal, the risk of Down syndrome that will now appear will be lower than the risk by age only.

Can Down Syndrome Diagnosis Be Improved?

This test, the Integrated Test, raises the level of early diagnosis of Down syndrome in the fetus to about 95 percent.

Additional ultrasound tests in the first trimester of pregnancy can also help diagnose the syndrome, for example the absence or poor development of the nasal bone, abnormal blood flow across the fetal heart valves and more, are suspected of the disorder.

Additional ultrasound tests, such as systems reviews, can also indicate findings ("soft markers") that increase the statistical risk for Down syndrome, and which should be weighed in calculating the risk.

According to data from the Ministry of Health, in 2002, about 60 percent of fetuses with Down syndrome were diagnosed during pregnancy in the Jewish population.

Forty percent of newborns with Down syndrome were not diagnosed in their mother's womb - most of them in families who chose not to have the screening tests.

What is the difference between posterior transparency and maternal blood test for Down Syndrome (NIPT)?

The NIPT (full name: Non Invasive Prenatal Testing) tests the DNA of the fetus in the mother's blood. The fetal DNA is secreted into the mother's bloodstream from the placenta, so that using a simple blood test, a laboratory analysis of DNA can be performed. perform the test starting this week 10-11 of pregnancy (a similar date of nuchal translucency), and is directed primarily to examine three common chromosomal disorders, including Down syndrome. In addition, patients also sex chromosomes of the fetus.

test NIPT screening is currently defined as nuchal translucency , And not as a diagnostic test like amniotic fluid.Its accuracy level is higher than that of occipital transparency.It can detect suspicion of Down syndrome in over 99 percent of cases.

Is a NIPT test better than a posterior view?

Many women ask if there is room for a posterior transparency test, when there is a blood test that can detect a suspicion of Down syndrome with a higher accuracy than transparency.

The answer is yes!

And for a number of reasons:

1. The posterior transparency test is in the health basket and therefore it is provided free of charge at the health funds and hospitals.

The NIPT test is a private test and costs thousands of shekels.

2. As noted, in the posterior transparency test one can see very important details, which cannot be checked by NIPT.

Therefore today, the recommendation is to perform a posterior transparency test.

But in any case, it is advisable to do it one way or another.

Should "fetal protein" also be tested in parallel with transparency?

The survey test that was until a few years ago the most common in Israel is the triple test (known as "fetal protein"), which is usually performed between 16-20 weeks of pregnancy and is included in the health basket.

This is a blood test, which checks the level of proteins and hormones formed in the fetus and placenta.

About 5 percent of women who pass the test will be found to be more likely to have their fetus with Down Syndrome, and will be advised to undergo amniocentesis.

The triangular examination alone (weighted with the age of the mother) will detect 60-70 percent of fetuses with Down syndrome.

However, if the test is performed by weighting the occipital transparency test and the biochemical screening test attached to it, it can detect suspicion of Down syndrome in about 95 percent of cases.

Quite a high rate.

For women who choose not to have amniocentesis, there is no doubt that the combination of occipital transparency combined with maternal blood tests (in the first and second trimesters - the "integrative test") offers a high ability to detect Down syndrome.

The NIPT test reveals suspicion of Down syndrome at even higher rates, but it has drawbacks as we detailed above so it is not recommended that you replace the posterior transparency test.

Can these tests replace amniocentesis?

The posterior transparency test (as well as the accompanying biochemical tests, as well as the NIPT test) are called screening tests.

This means that they can only raise suspicion of a particular syndrome (such as Down syndrome) but can not certainly confirm that the chromosomal disorder does exist (because they do not directly examine the embryonic chromosomes).

In mothers in whom the screening test raises suspicion of Down syndrome (or other syndromes) they will have to undergo amniocentesis for the purpose of verifying the suspicion.

In addition, amniocentesis, tests all 46 of the fetus' chromosomes (and not just chromosome # 21 associated with Down syndrome) and therefore amniocentesis is both more accurate and tests for many more syndromes.

Horowitz: "Closure is not a fate, I am not ready to decide on it now" - Walla! news 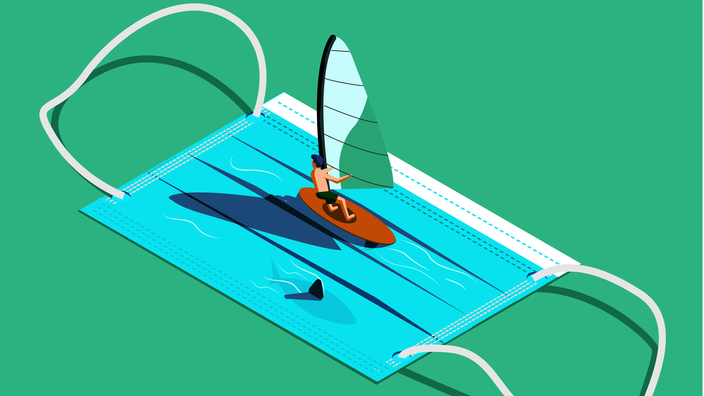 Your questions about summer holidays: "Is the health pass compulsory to go to Corsica?"

Where will the green sign be enforced and should the flight be canceled? What you need to know about the new restrictions - Walla! news 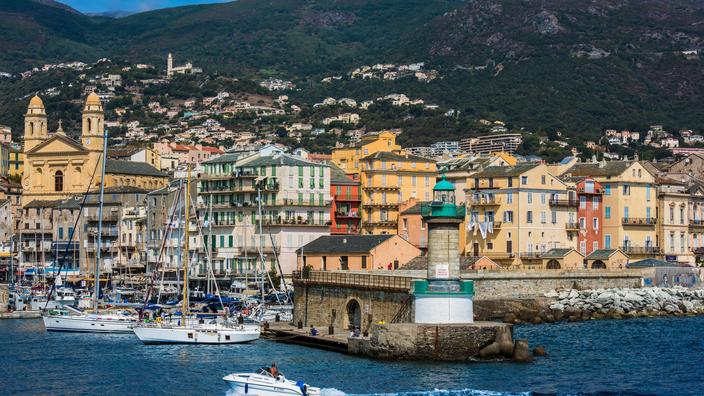 Covid-19: under what conditions can we travel to Corsica and overseas?