"The volcano is in a new explosive phase": Apparently another vent has opened on La Palma. 1000 people have to leave their homes. Spain wants to declare the island a disaster area. 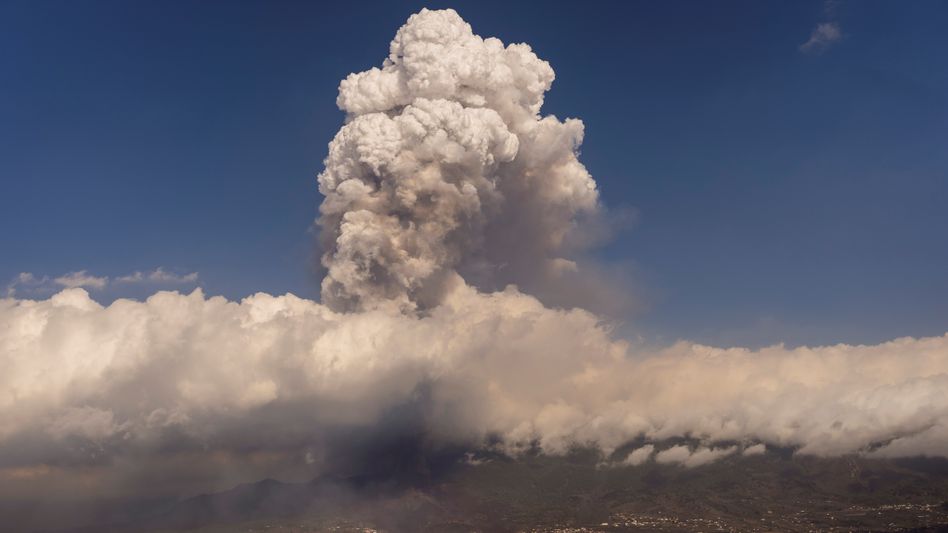 Volcanic eruption on La Palma: Thousands of people have had to leave their homes so far

Loud bangs can be heard, lava flies up and apparently a new chimney has opened up: The volcanic eruption on the Spanish island of La Palma has become more violent again.

Because of the increased activity, other places have now been evacuated, according to the Spanish TV station RTVE, around 1000 people had to leave their homes.

The authorities have ordered the evacuation of Tajuya, Tacande de Abajo and the part of Tacande de Arriba that has not yet been evacuated, the emergency services said.

Initially, residents were told to stay in their homes.

Because of the increased volcanic activity, they should eventually leave their homes.

The fire brigade withdrew from the clean-up work in the city of Todoque because a new volcanic vent, as it was said, had opened.

"The volcano is in a new explosive phase," tweeted the fire brigade on Tenerife, which is helping on La Palma.

As the volcano also emitted more ash, a number of flights to the island were canceled. The airport will remain open for the time being. On television it could be seen that people near the volcano, such as firefighters, volunteers and journalists, wore goggles and mouth and nose masks to protect themselves from the ashes.

The volcano in the south of the island erupted last Sunday for the first time in 50 years and also spat out ash, smoke and lava on the sixth day.

The gases rose to a height of almost 5000 meters.

Since the eruption, the lava from Montaña Rajada has flowed down the western slopes of the volcanic ridge and has already destroyed almost 400 buildings as well as large agricultural areas and infrastructure.

The approximately 180 hectares of land buried by lava so far will not be able to be rebuilt or used for agriculture for decades, experts said.

However, a small house in the middle of the lava desert has been miraculously spared.

As can be seen in the pictures and videos, the lava flow flowed around the small building in the village of »El Paraíso« (German: Paradise).

Many of them have lost all their belongings.

They should be helped with an emergency program for securing a livelihood.

In addition, the regional government announced the purchase and construction of new apartments.

There were still no injuries.

Spain wants to declare La Palma a disaster area and work out an extensive reconstruction plan.

Prime Minister Pedro Sánchez announced this on the island.

The cabinet in Madrid will take the relevant decisions on the disaster area next Tuesday.

They should include expanded support options and a reconstruction plan.

"The situation on the island calls for extraordinary measures," says Sánchez. 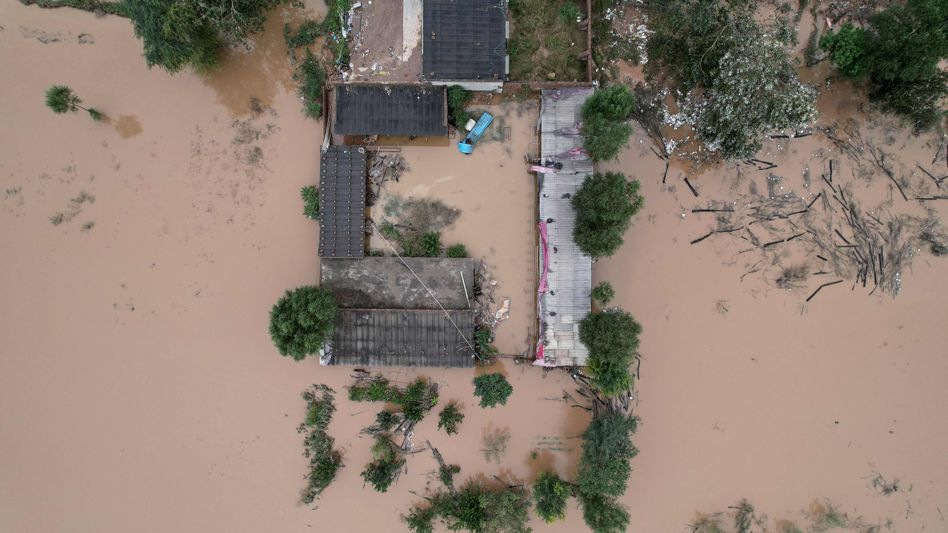 How can Hispanic parents help their children combat the educational backwardness after the pandemic?
2021-10-12T15:33:14.911Z