Brazil's First Lady got vaccinated against the corona virus in New York. Critics therefore accuse her of a lack of patriotism. Her husband, a declared opponent of vaccinations, was reluctant.

Michelle and Jair Bolsonaro in New York: »Boos« or applause?

Brazil's President Jair Bolsonaro is known for saying that he will be the "last" Brazilian to be vaccinated against corona.

His wife, Michelle Bolsonaro, on the other hand, had the injection given for immunization this week - and is now under criticism.

Because the Brazilian first lady was vaccinated against the corona virus in the USA instead of Brazil.

The epidemiologist Pedro Hallal spoke in the online medium G1 of a "contempt" for the public health system in Brazil.

He pointed out that the vaccine inoculated in the US was "the same" as the one in Brazil.

"So she could have had herself vaccinated here." In doing so, she would have given the Brazilians "a good example."

The vaccination came this week on the sidelines of the UN General Assembly in New York.

Before returning to Brazil, Michelle Bolsonaro did a PCR test, the government said.

On this occasion, a doctor asked her if she would like to get vaccinated right away.

Senator Aziz criticized the first lady for the decision not to have picked up the syringe in her own country.

But he also said that the President's wife deserved applause because she had decided to have the vaccination.

Regarding the vaccination of his wife, he said it was a "personal choice".

He ruled out vaccination again for himself.

According to Brazilian media reports, Brazil's president is currently in isolation for five days in the government palace in the capital Brasília after returning from the USA.

Then he wants to do a new test.

The health surveillance authority Anvisa, which also allows corona vaccines in Brazil, had recommended Bolsonaro and members of the Brazilian delegation, who had contact with Health Minister Marcelo Queiroga, a 14-day quarantine.

New York Mayor to Bolsonaro: "If you don't want to be vaccinated, you don't have to come"

Queiroga announced on Tuesday that it had tested positive for the coronavirus and was being quarantined in New York. He had participated with Bolsonaro in the general debate of the United Nations and was also at the UN headquarters on the East River. Another member of the delegation had previously tested positive. Jair Bolsonaro questioned the quarantine imposed on him on Thursday.

The right-wing populist Bolsonaro played down the corona virus from the start and repeatedly speaks out against the use of masks and other containment measures.

New York Mayor Bill de Blasio had let Bolsonaro know before the UN General Assembly what he thought of his refusal to vaccinate: "If you don't want to be vaccinated, you don't need to come."

Bolsonaro then had to eat pizza on the street because unvaccinated people in New York have no access to restaurants. 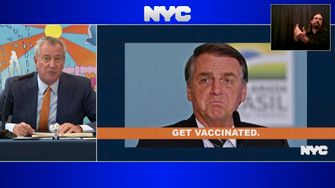 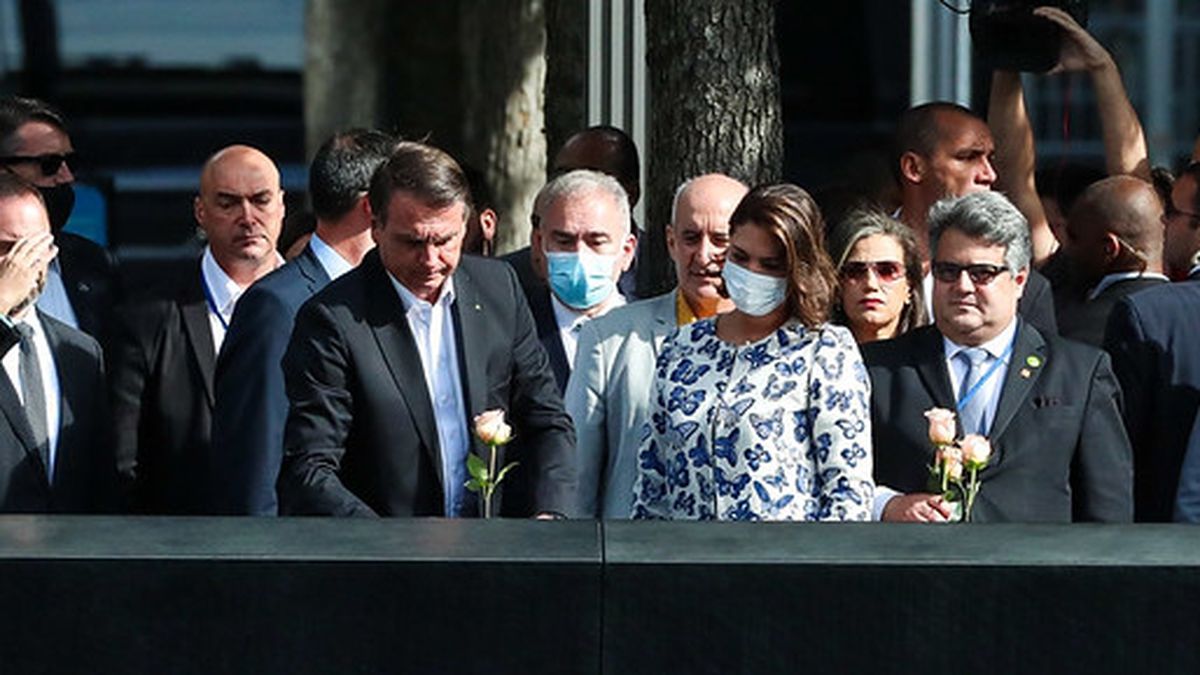 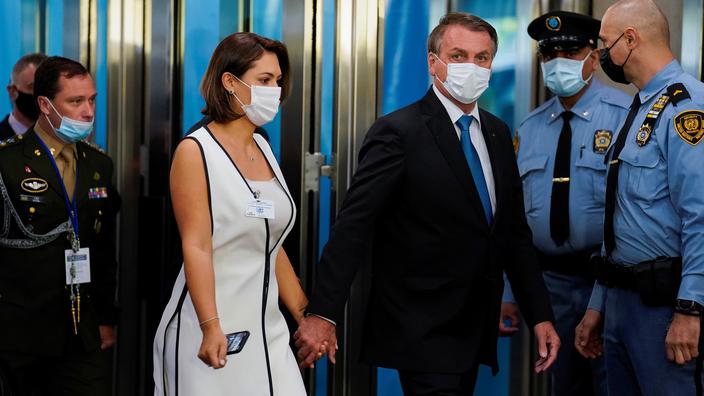 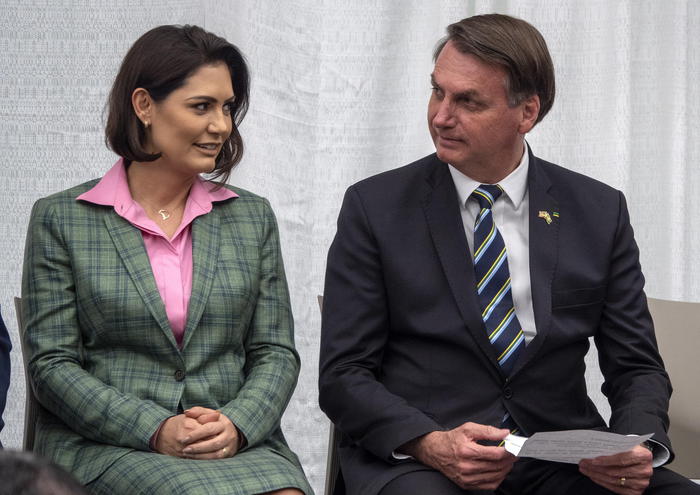 Covid: Bolsonaro, my wife got vaccinated in New York 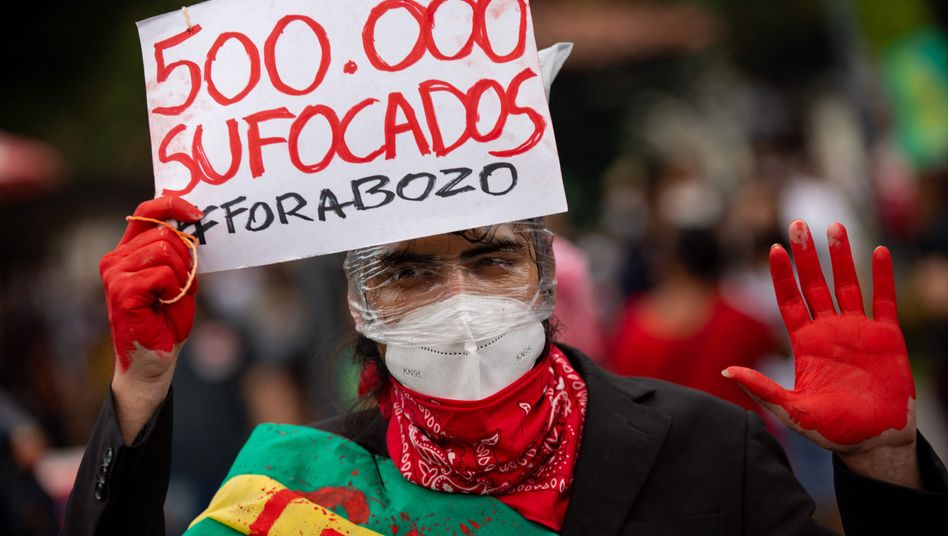 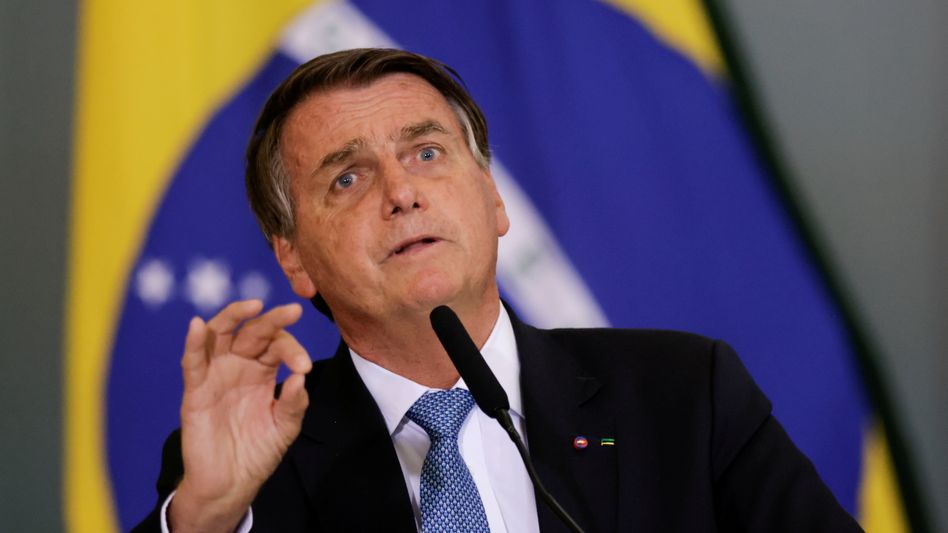 Brazil: Jair Bolsonaro is not allowed to play football due to a lack of vaccination against Corona 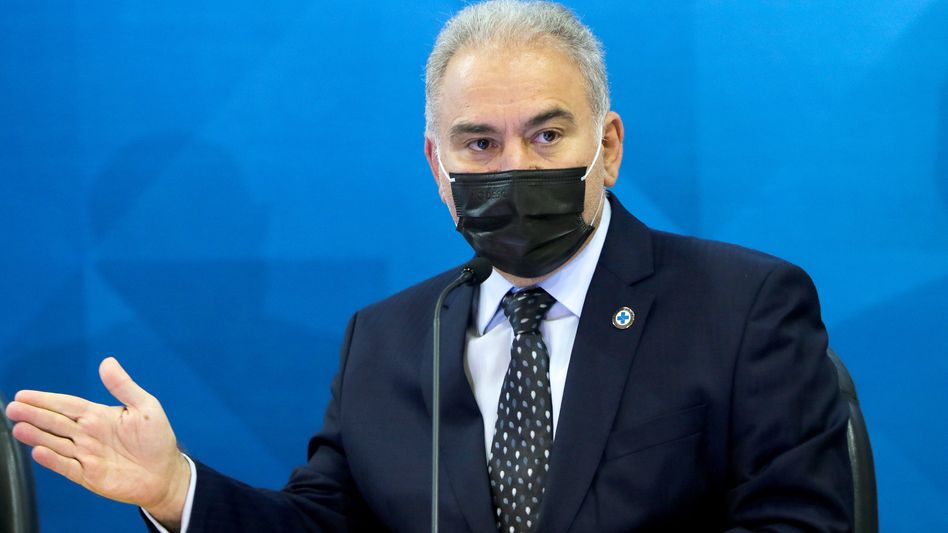 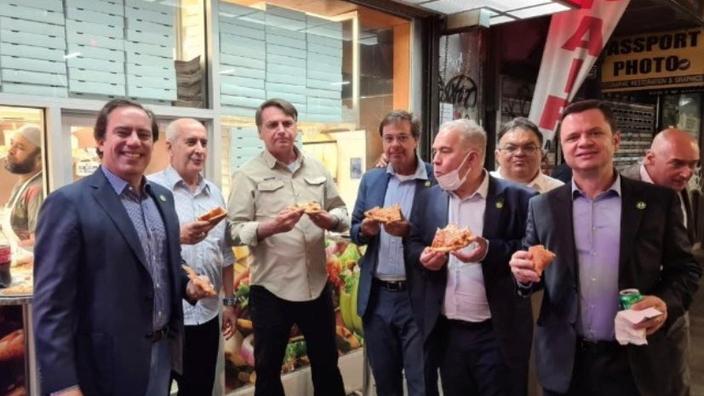