Plombières: the spa hopes to return to its baths as soon as possible

Due to urgent sanitary work, Plombières-les-Bains did not welcome any curists in 2021 in its thermal establishment Second empi 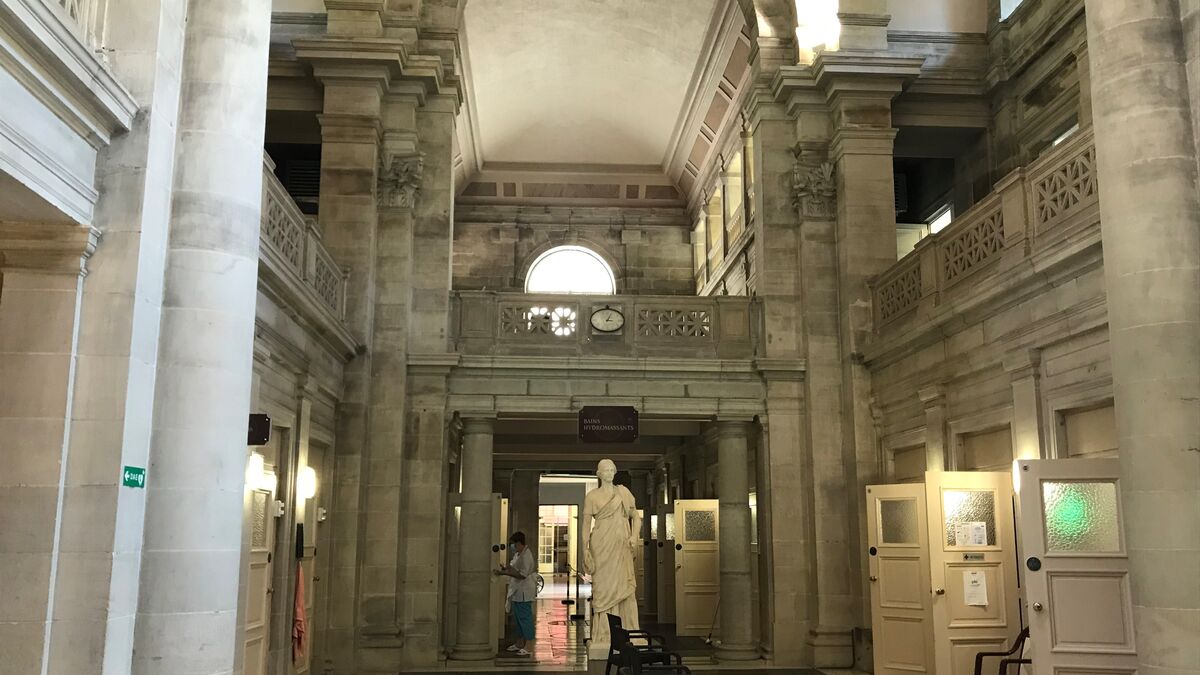 Will Plombières return to its baths in 2022?

A haze of uncertainty hangs over the Augronne valley at the start of autumn.

If pledges were given at the beginning of September, the spleen of the Plombinois after a year 2021 without thermal baths has not entirely dissipated.

The suspicion still floats in the city of the southern Vosges, whose development has been linked since the Romans to its beneficial waters, the hottest in Europe.

From the municipality to patients, including hoteliers and traders, all eyes are on the Avec group, formerly Doctegestio, specialized in France in medico-social and health care.

In addition to its hotel portfolio, the group led by Bernard Bensaïd has owned the Napoleon thermal baths for medical purposes and the Calodae balneo-Roman complex dedicated to well-being for the past ten years.

Each year before the Covid-19 turns everything upside down in 2020, 4,000 curists spent three weeks in Plombières, not counting the 27,000 annual admissions to Calodae.

Read alsoChronicle of a spa in a period of deadly epidemic

The coronavirus is no longer the cause of closed doors.

The Ministry of Health gave its approval on May 3, 2021 so that thermal treatments can resume on May 19 under conditions.

A number of establishments have gradually reopened after some work: Vittel, la Vosgienne on June 7, Châtel-Guyon (Puy-de-Dôme) specializing as Plombières in the treatment of chronic inflammatory bowel diseases (mici), the July the 5th.

But on May 12 in Plombières, the Compagnie des thermes confirmed the rumor on Facebook: no cure will take place in 2021. The news spread like wildfire in the city of 1,700 inhabitants.

Even those who had little hope felt a dull explosion.

At the end of October 2020, the prefecture of the Vosges, on the advice of the Regional Health Agency, informed the thermal baths of Plumbing that a reopening was necessary for their reopening, including the total repair of the water network, the installation of an air handling unit for the treatment rooms in the basement and some roofing work, in particular at the thermal refreshment bar.

A date which more or less coincided with the second national confinement applied from October 29, 2020. "Work in factories, on farms, in construction and public works can continue," the government had specified.

What if the thermal baths don't reopen?

What does he not take advantage of the health crisis to advance the work? At the end of May, the date put forward by the Compagnie des thermes in the press release posted on Facebook, still nothing. Out of anger but also out of derision, the Plombinoises, to whom it should not be told, met near the tourist office for a daily stroll in… Absurdity. Namely, walk to the Napoleon thermal baths to see the progress of the work. But past the Grand Hotel, there was nothing to see, not even someone to ask you to move around.

“To be resigned for a while, yes. To be resigned for a long time, no ”, summarizes Olivier, the second-hand dealer from Nostalgia, specialist in old radios, American number plates and other signs. In his newly bought, very spacious shop, a number of Plombinese kept sharing their concerns. What if the thermal baths don't reopen? Bernard Bensaïd has not had a good press lately, treated as a "health predator" by the weekly Marianne.

If the local communities are ready to untie scholarships to maintain and embellish this flagship of French hydrotherapy, it is up to the family group of Bernard Bensaïd to finance from its own funds a return to standards. In July 2020, visiting Plombières, the businessman had promised to invest 3 million euros. Promises that Lydie Barbaux, the mayor of Plombières, had not taken at face value, scalded by unfortunate precedents wiped out by the old team: "Like Saint Thomas", she only believes in what she sees while ensuring that it intends, with the support of the department and the region, to accompany and help the spa establishment.

The figures communicated by the Remiremont-Plombières tourist office are final, even if the rain spoiled part of the summer: this year, only 508 people visited the spa town office in June.

The economic repercussions on the city are felt in all the businesses, as in the owners of lodgings.

Sunday flea market in the streets of Plombières.

A haunt for curists, the hotel-restaurant L'Alsace only opened 20 out of 40 rooms. However, the faithful among the faithful came to the resort: Plombières and its atmosphere missed them, as did their spa friends.

Even if the calf's head with ravigote sauce and the blueberry pie are still popular with lovers of traditional good food, the turnover is much lower than in 2019.

The residence of Acacias, which relies a little less on this clientele, recorded a positive turnover from June to September compared to last year when the Covid-19 was more rampant.

But there too, in the establishment, the curists are sorely lacking.

Hope is in the pipes

In her office under the arcades of the former Palais-Royal built in the 18th century, Doctor Marie-Christine Aupic, a general practitioner but also a specialist in thermal medicine for thirty years, has observed an outbreak of rheumatic diseases among her patients in the region.

“Two years without treatment and our patients have trouble maintaining spinal rectitude and take analgesic positions even in the waiting room,” she explains.

The thermal refreshment bar allows curists to benefit from the benefits of several sources.

Curists from all over France, often younger, suffering from Crohn's disease or other mici were treated at the thermal baths, but also at the art-deco refreshment bar with a drink treatment: the water of the ladies has healing properties. .

After an improvement in their condition, these “nature worried” fear “plunging back”, continues the spa therapist who is hopeful that they will be able to come back next year.

Since the beginning of September, things have been going on at the Napoleon thermal baths.

The canalization work has started: 1.1 million euros must be released by the group to deal with the most urgent, explains the director of the Compagnie des Thermes de Plombières, Elisabeth Millotte.

Ahead of the critics, she promises that the curists will return to their funds, after sending a RIB in the offices of Plumbing. Refunds had not been honored at the group's headquarters. She would have preferred to be mistress in "her" home. But will the specialized personnel of the thermal baths continue to be there? From one year to the next, curists and employees met, very practical for delicate and intimate care when it comes to intestinal pathologies.

The thermal water is brought from the site of the Roman baths to the thermal baths that Napoleon III had built by a gallery designed by the mining engineer Sylvain Jutier at the turn of the 1860s. Over some 600 m, the old pipes of the gallery had been withdrawn in mid-September.

The Jutier gallery photographed on September 15, 2021.

Intermediate storage tanks for hot thermal water will be installed in the old thermal baths laundromat.

All of this will enable the distribution of thermal water to be automated in the treatment rooms, the swimming pool and the use of disinfectant products.

The work was entrusted to a specialist Grenoble-based company.

To which will be added the air handling unit.

The Regional Health Agency will check everything before the opening scheduled in 2022, according to the director of the thermal baths.

"An opening in March, as promised by Bernard Bensaïd", insists the mayor of Plombières, about the Napoleon thermal baths.

She was to receive the president of Avec, in September in Plombières.

A meeting that their respective agendas have not allowed them so far ... but the month is not over.

As for the downpours of Calodae and its Roman ovens in the belly of the earth, they will wait.

This gem, redesigned over the centuries, gracefully mixes architectural styles.

Another clientele comes to recharge their batteries.

The Stanislas bath is part of the Calodae center.

3D projects in compliance with ABF (Architectes des Bâtiments de France) standards are in the pipeline.

Plombières hopes that their reopening will not be postponed until Greek calendars.

Plombières: the spa hopes to return to its baths as soon as possible 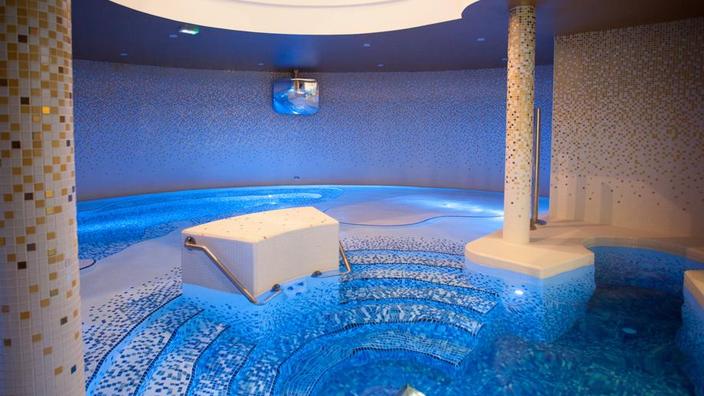 In the Grand Est, hydrotherapy's rejuvenation 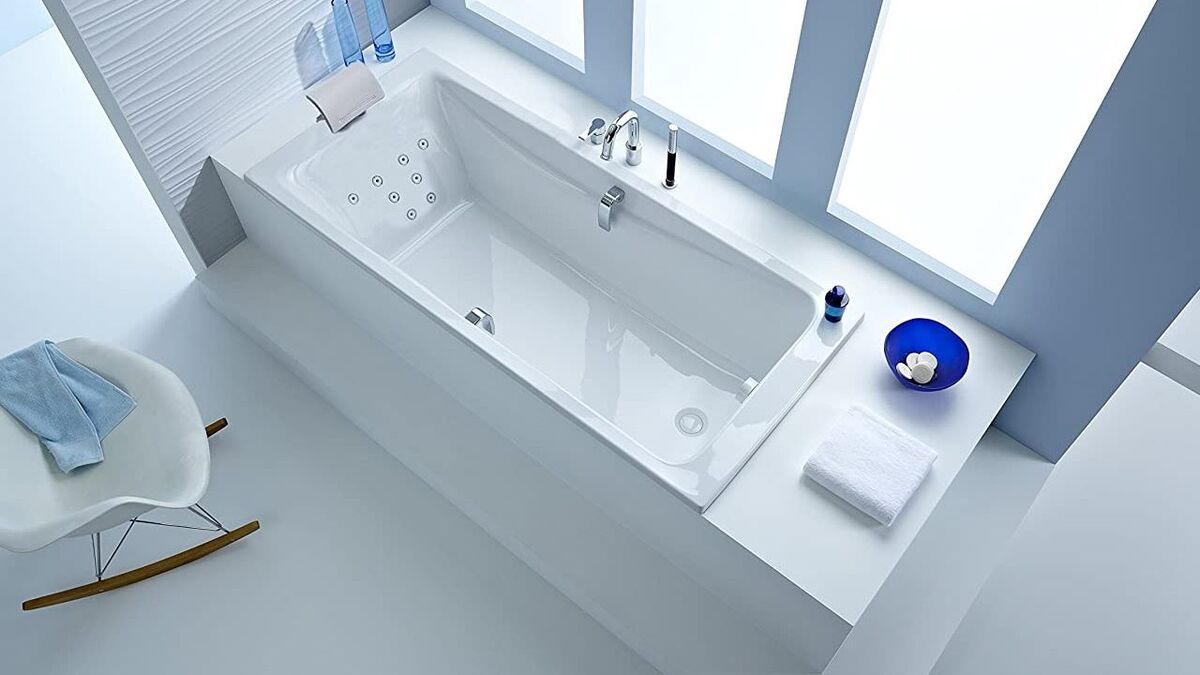 Whirlpool bath: The best models to relax and unwind 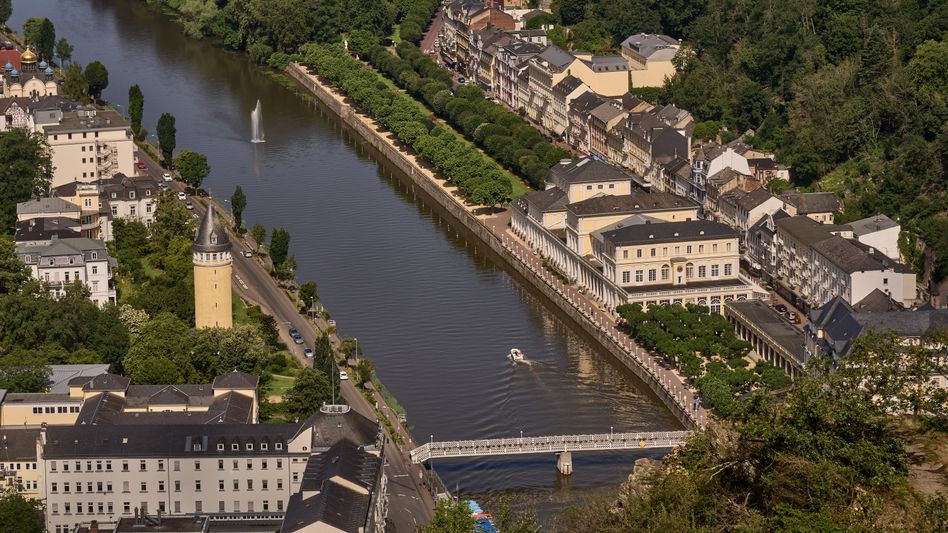 Large construction site in the middle of Oberstdorf: starting signal for a new thermal bath Continuing in the corona lockdown: But Therme Erding is doing a huge renovation - everything should be even more exclusive 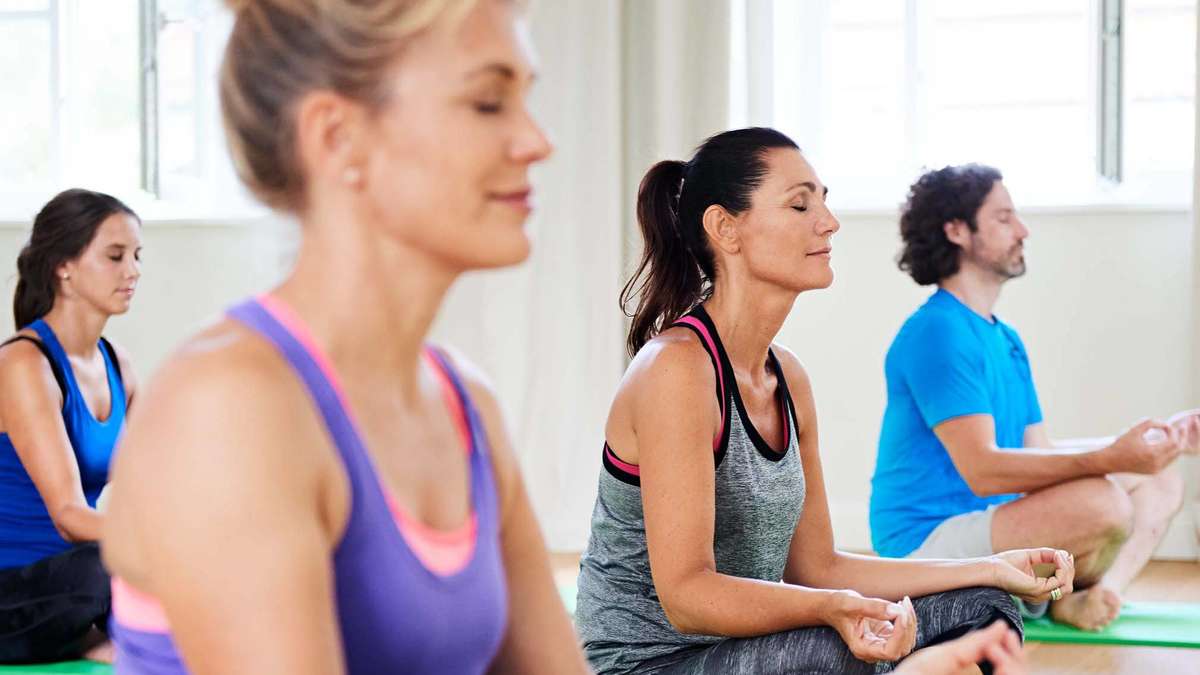 The cure is back: new bloom in Bad Tölz too?