Contemporary art comes to Paris for the Fiac

While a monumental work by Alexander Calder is being mounted on Place Vendôme (Ier), the Fiac, prepares its outside the walls in the jar 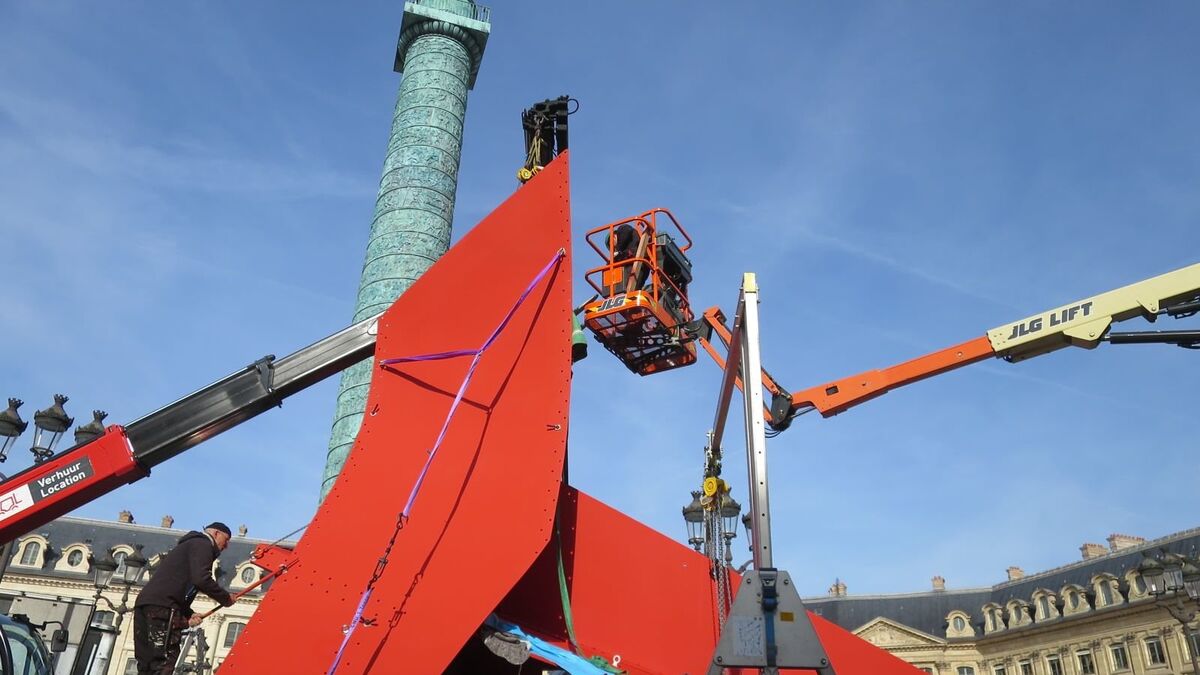 Place Vendôme is once again becoming a showcase for contemporary art.

From Monday to Friday, a monumental work by Alexander Calder is being installed in front of the facades of fashion houses and jewelers.

The International Contemporary Art Fair (Fiac) which will take place from Thursday October 21 to Sunday October 24 at the Grand Palais Éphémère gives the opportunity to discover creations in the heart of Paris, free of charge.

A huge work by Calder

It is in the open air, Place Vendôme, in the Tuileries garden (which exhibits 24 artists) but also in the Eugène Delacroix museum that creations will be discovered. That of Calder with its "red signal" and its 18 tons of metal is enough to impress. This Wednesday, the two large wings which should give it a wingspan of 17 meters long, 9 high and 6.5 meters wide were not yet in place. But the work created in 1975 by the artist and set up here on the initiative of the Gagosian gallery, already let imagine the monumental impression that this Flying Dragon will give. A year before his death Alexander Calder had also created the red spider - Le Grand Stabile Rouge - which has been sitting on the forecourt of La Défense since 1976.

In 1975, it was in Connecticut that the work was created and staged for the first time in the studio.

Here, behind construction barriers, every step by the installers is carefully studied.

The metal parts are assembled and secured with 750 hand-screwed bolts.

The restorer of the work, who completely restored it before its arrival in Paris, takes care of everything.

A can of paint ready to take out to wipe off any scratches.

This heritage work by the American artist must be perfect for its first presentation in France until January 2.

For the occasion, the third gallery of Gagosian, which will open next Tuesday at 9, rue de Castiglione (Ier) in the historic complex of the Hotel Lotti, will present, alongside other works dating from 1975, various documents of archive related to the sculpture as well as the original model of this flagship piece of the Fiac outside the walls.

Place Vendôme is used to this extraordinary exhibition.

Jennifer Flay, artistic director of FIAC, enthusiastically emphasizes her joy at seeing contemporary works appear in the City and in particular in the Tuileries Gardens.

“Throughout the weekend, visitors will see around thirty works being installed,” she emphasizes.

They will remain, for the most part, beyond the Fiac, until mid-November ”. 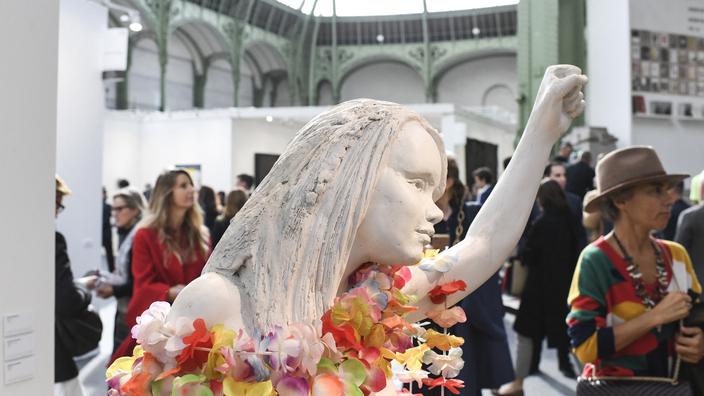 Covid: after the cancellation in 2020, the FIAC will be reborn in October 2021

Contemporary art comes to Paris for the Fiac 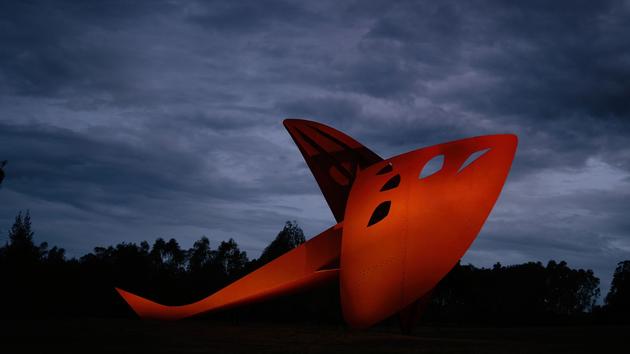 In Paris, the Fiac changes palaces

Tonique, Paris Photo on the market 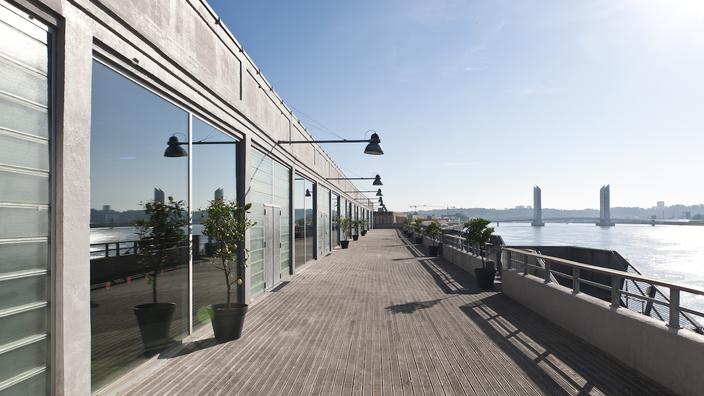 With its BAD fair, Bordeaux intends to compete with Paris in terms of art and design 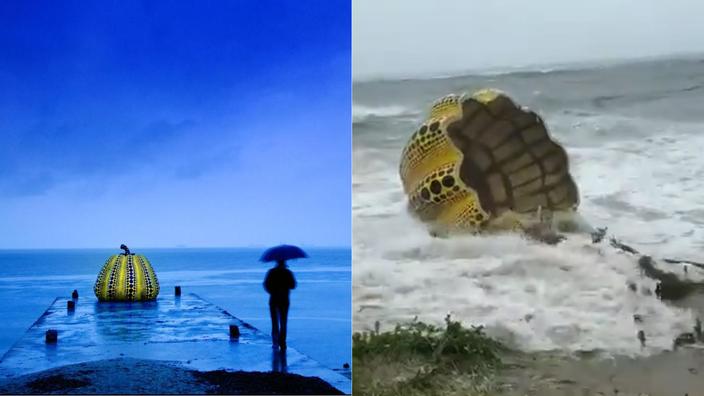 Yayoi Kusama's pumpkin destroyed by a typhoon in Japan 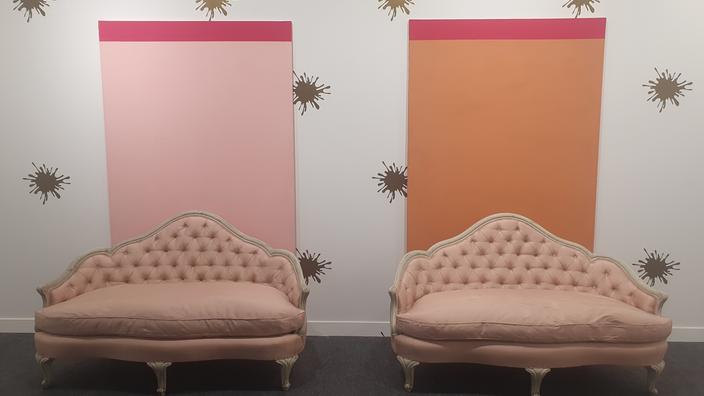 The renewed euphoria of Paris boosts Fiac 2021 and Asia Now 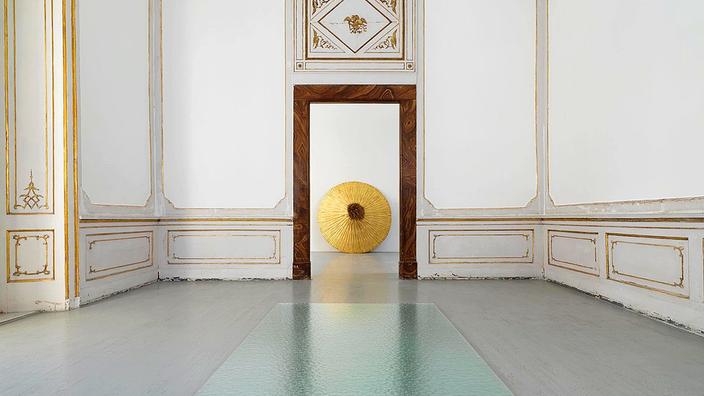