It promised to be very simple: to interview the US stars of "The Morning Show" via video conference from home. But our author didn't know what he was getting into.

Actually, we were only after Reese, but she wouldn't want to be without Jennifer.

The two women, Reese Witherspoon and Jennifer Aniston, are "best friends forever" and do a lot together.

We actually wanted 30 minutes, but "Little Big R" and her friend "Jen" only wanted 10 minutes.

15, the last word from the USA, and not a second longer!

So we sit relaxed at the desk in the evening, green tea, subdued lighting, comfortable clothes.

More comfortable on the bottom than on the top, as you do with video conferences.

The job involves being able to interview celebrities every now and then.

At some point you realize that they are "only people", although they are very famous.

Still, it was always a highlight, in the past.

At best, it used to be a propeller plane over the Alps, and in Venice one of these taxi boats was waiting right at the airport. With that we slowly drifted over the trembling canvas of the pale blue water over to the Lido. In a suite of the Hotel Excelsior, between gold leaf and brocade, a freshly showered Brad Pitt was waiting at a round table. While twenty other colleagues bombarded him with questions, we were then able to stare silently at the actor in his miraculous masculinity for a quarter of an hour.

Usually we used to go to an upscale hotel, where Ozzy Osbourne, Alicia Keys or Peter O'Toole processed the journals one after the other in a suite - sometimes annoyed, sometimes fatalistic, sometimes tipsy, depending on your mood.

Tricky liked to sit in the dark and roll gigantic joints.

Before that, you lounged in the soft armchairs in the lobby and could meet colleagues who had already been through it: "So, how was it?" At some point the management came with a clipboard and said "Go!", Elevator, suite: "Hello, I 'm Keanu! ”Five minutes before the end of the session, management peeked in through the door, made the internationally valid“ Five minutes left! ”sign, and then you had five minutes.

If the conversation was going very well, it would be five minutes more.

Today we sit in front of the computer and install Webex.

Somewhat feverish, because in 15 minutes it will be nine o'clock, then it's our turn.

We already have Zoom, Teams and Skype.

With "STRG" and "V" we copy the code that was sent to us into the appropriate field, and we are in the spaceport of Mos Eisley.

The screen is tiled with journalists from all over the world.

There is Stella from Brisbane and Sam from Anchorage, Luigi from Buenos Aires and Svetlana from Minsk, Bertram from Frankfurt am Main and Doris from Vienna.

You sit in your office, living room, bedroom or in front of

We're somewhere too, but we can't see each other.

Excellent, the daughters want to take a look at Jennifer Aniston and are already very excited.

The chats run down the side of the screen.

Sergio from Milan asks when it's his turn and how things are going now.

A Krystle from Palo Alto with a headset replies that he will be notified personally and then "moved" from the global waiting room into the equally digital anteroom for his interview.

He then receives another code by email, which then gives him access to his interview partner.

We take one last look at our notes.

Five minutes to the interview.

After 20 minutes we write to Krystle if we missed anything.

She answers immediately in the chat, no, everything is just delayed: "I'll keep you posted!" The tile from Stella from Brisbane turns black, it's her turn.

This global conference is being organized by Apple because "The Morning Show," the joint series by Aniston and Witherspoon, runs on its streaming service.

Not everyone sitting here is waiting for Jen and Reese.

Some want to talk to one of the directors, the outfitter, the lighting technician or Steve Carell.

It's like the entire team is just a push of a button away.

We get the rest of the pasta from dinner from the kitchen, but leave the loudspeakers on so we don't miss our call. The voices chatter, Svetlana was offline and is now online again, Krystle catches all the lost sheep. When we return to the desk, we have mail from a certain Baxter: “Hello Arno! The talents are having a break right now. We'll keep you posted! "

We ponder what that means and eventually come up with it.

The "talents" are Witherspoon and Aniston, and they're taking a break right now.

So we do that too.

Back in the kitchen, put on coffee this time.

People come and go from the dovecote of the virtual lobby.

Luigi from Buenos Aires is also waiting, he is now hanging limply in his armchair.

Bertram from Frankfurt am Main is completely motionless, he could also be a statue.

We claim that we are at

, it is "already nine o'clock", that this is not a zoological garden and that it is time for bed anyway.

In the drama that follows, we accidentally leave the microphone on.

Krystle writes: "Is everything fine, Arno?"

Shortly before ten o'clock our buttocks hurt, we run circles around the office and at some point start checking our emails.

No mail from Baxter or Krystle.

We mute the chatter from Mos Eisley and watch a few old clips on YouTube that feature Witherspoon or Aniston.

They'll get in touch.

They do that around eleven o'clock after we have nodded off for a while.

The mosaic of international entertainment journalism seems to have been completely replaced, only Bertram is still there and hasn't moved a millimeter.

We'll get back to you in no time, everything okay, we had overlooked three increasingly alarmed emails.

It's our turn in half an hour!

Would we have received our code yet?

Maybe in the spam folder?

Now we are in a new room, absolute darkness, it must be something like the antechamber of the stars.

A Steve, whom we didn't know yet, asks us via chat whether we are comfortable.

It’s about to start.

He reminds us once again that under no circumstances should we record the interview ourselves or take a screenshot.

Apple will record it and then send me the file.

We jerk our way around, push the plate with the cold pasta and the coffee cup aside, stare into the black with reddened eyes.

After a waiting time of almost three hours in total, the time has finally come, shortly before midnight.

Jennifer Aniston and Reese Witherspoon appear on our screen.

In separate tiles the size of a postage stamp.

To warm up and break the ice, we mention that Reese Witherspoon once lived there as a child that we call from Wiesbaden.

Great joy, clapping hands, and then Reese explains to Jennifer why she is so happy because she once lived in Wiesbaden as a child.

Oh, how nice that was, such a coincidence, and five minutes pass.

We ask our first question, to which Jennifer Aniston unfortunately answers at length, carefully choosing each word.

We hardly listen because we need some quotes from Reese Witherspoon, who is still happy about Wiesbaden.

After eight minutes we address Witherspoon directly, with the first question on our long list of important questions, we get tangled up a little, admittedly, we start again - and the screen goes black.

Steve answers and says happily: "Your time's up. Thank you, Arno!" And we're out.

The clock shows that our audience lasted exactly nine minutes and 38 seconds.

We have a feeling of existential helplessness, meaninglessness and uselessness.

In the morning the daughters excitedly want to know how it was with "Jen".

Sighing, we open the audio file that Steve or Baxter or Krystle has sent us in the meantime.

It turns out that the recording is disturbed about halfway through.

"You have such a great job!" They say.

Who wanted to contradict?

At least not us, not after tonight. "The Morning Show": When is the 2nd season coming in Germany? 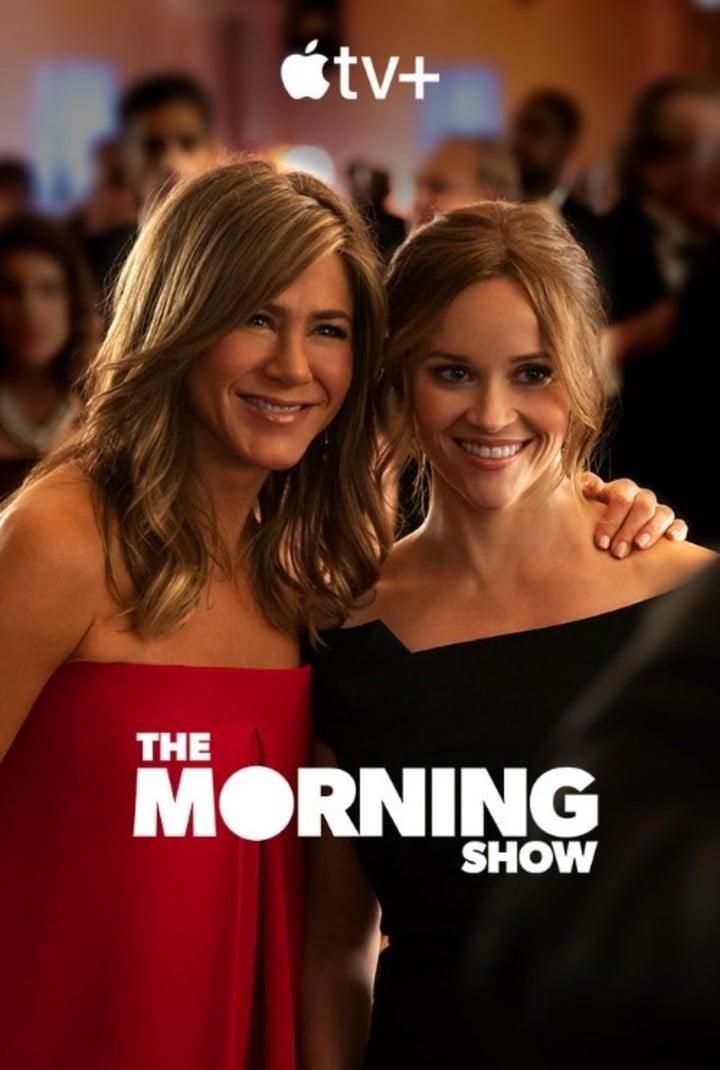 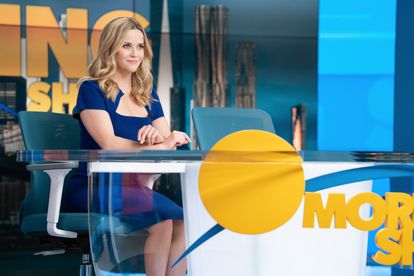 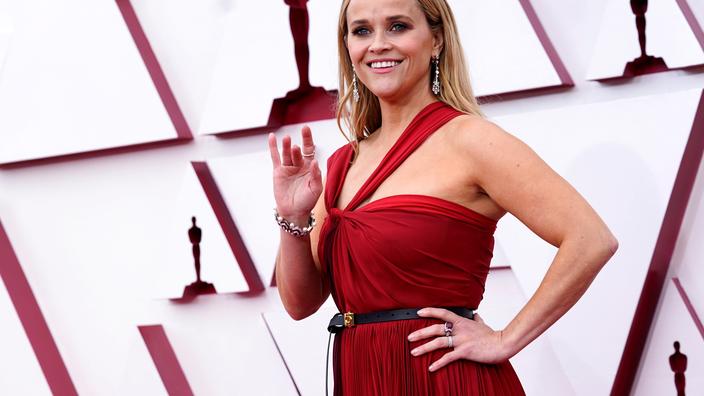 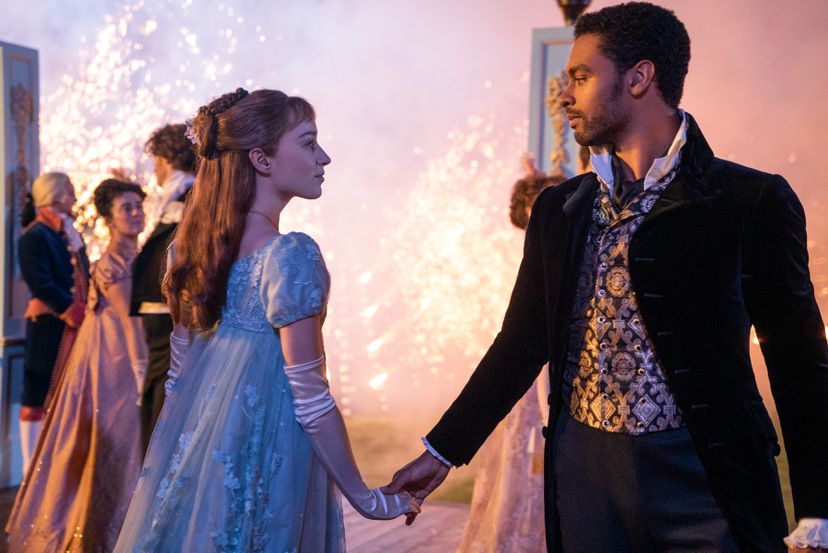