Over 100,000 cranes migrate over Israel and some winter here. Now, the peak of migration until mid-November, is the time to reach the Hula Valley and watch them. Details at Walla! Tourism

This is the time - take yourself and the children and reach the Hula Valley and other points where the cranes are concentrated, which right now are at the height of their migration from Europe to Africa, and stop by us.

The gray crane is one of the amazing birds that come to Israel.

Over one hundred thousand cranes pass through migration over Israel and around 40,000 remain in the country to spend the winter.

The passing / winter cranes in Israel come from Russia and eastern Scandinavia.

After the nesting season in the summer, the cranes set off towards the end of September and begin to appear in Israel during October.

The peak of crane migration occurs from mid-October to early November, when flocks of cranes can be seen (and heard) during the day and night, almost everywhere in Israel.

The Angels of the Reed: A journey following the cranes that stop in Israel

Tens of thousands of cranes resting in the Hula Valley (Photo: The Society for the Protection of Nature, Jonathan Meirav)

The peak of crane migration occurs from mid-October to early November (Photo: Society for the Protection of Nature, Jonathan Meirav)

The cranes live with the same partner all their lives (Photo: The Society for the Protection of Nature, Jonathan Meirav)

According to the main bird of the JNF, Yaron Tzarka, most of our cranes come from Russia in a family of a couple +2 and spend the whole winter as a family. The parents. Young crane that will travel with his parents, he could not do it. "

He said that in 20 years we will see a change in the amount of cranes winters here and probably one of the reasons is the increase in the number of gray crane prosperous as well as climate change factors cranes remain in North Africa, as The desertification processes are growing, as is the widening strip of the desert, which makes it very difficult for cranes to cross it, but not only do we have a change in the location of wintering cranes further north, as seen in the western migration route (Spain and France).

"Yesterday, 11,000 cranes were counted in the reedbed, and this was the first count," Zarka adds.

"They started arriving two weeks ago, a little early this year, and in time they will multiply when the peak is in November."

The JNF monitors the cranes using GPS and learns about their migration patterns.

Cranes appear in folklore and Nordic and Asian legends (Photo: Society for the Protection of Nature, Jonathan Meirav)

Cranes against the background of Mount Hermon (Photo: The Society for the Protection of Nature, Jonathan Meirav)

However, a significant portion of the migratory cranes remain wintering in Israel. Their main acute area is the Hula Valley where over 40,000 cranes spend between November and March. According to Jonathan Meirav, a senior birder at the Society for the Protection of Nature, smaller numbers also winter in the Jezreel Valley, the Hefer Valley and the western Negev. The non-wintering cranes in Israel continue south to Africa and tens of thousands spend the winter in East Africa, south of the equator.

According to Meirav, the cranes are fascinating birds that have fascinated man for thousands of years. "They appear in folklore and Nordic and Asian legends, and in places like Japan it is a bird with very great cultural importance," he says. "The cranes are strong migrants, able to migrate both during the day and at night, both in terms of thermal and active flight. In addition, the cranes are very loud, their voice is heard in the distance and voice communication is a very important tool for keeping in touch."

They come from Russia and eastern Scandinavia.

Cranes in the Hula Valley (Photo: Society for the Protection of Nature, Jonathan Meirav)

The young people go on a migration with their parents

The Society for the Protection of Nature notes that the cranes are also very "family": the pair show loyalty for many years and this is one of the only birds that also migrate in a family cell.

After the nesting season, the young go on a migration with their parents and also spend time together during the winter months, which is unusual in the world of birds.

"These days we are entering the peak of crane migration, and as mentioned, bands of cranes can be heard throughout the day and night. The best place to watch cranes in Israel is the Hula Reed - KKL-JNF, where tens of thousands of individuals winter," Meirav concludes.

Cranes in a rainbow in the western Negev (Photo: Society for the Protection of Nature, Meidad Goren)

The couple of the cranes show loyalty for many years (Photo: Reuven Castro)

"Bands of cranes can be heard throughout the day and night" (Photo: Fried Casamel, National Geographic Magazine)

Here the children will only interfere: a vacation at the Bezalel Hotel in Jerusalem - Walla! Tourism

Watch: A passenger tried to open the plane door on the flight - and tied to a seat - Walla! Tourism 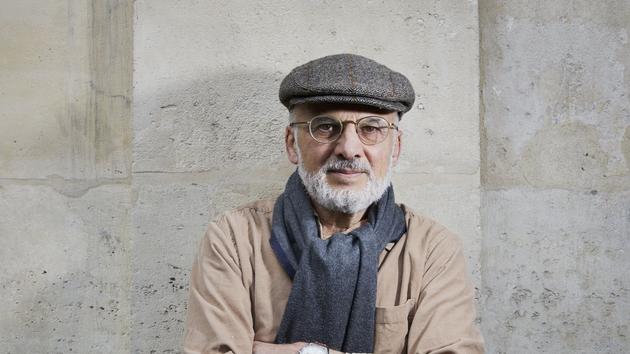 Roi Lulu on the "Simple Woman" storm: "Miri Cohen did something about me" - Walla! Celebs

I wish for us: Look how many Greeks have benefited this year only from tourism - Walla! Tourism

Bennett: "Understands the fatigue of life in the shadow of the corona, but this is the reality" - Walla! news