Covid-19: end of physical distancing in Mecca for vaccinated faithful 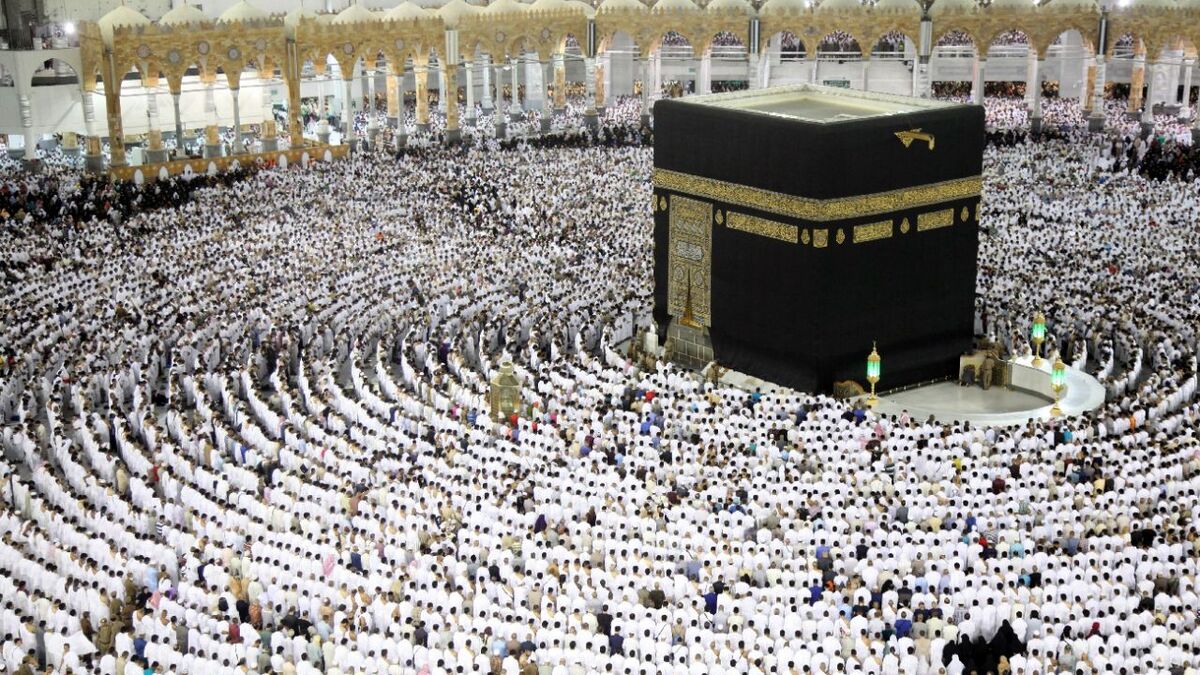 The first holy place of Islam regains its ordinary animation, or almost.

Vaccinated worshipers were able to pray side by side on Sunday in the Grand Mosque of Mecca for the first time since the start of the Covid-19 pandemic, after the authorities in Saudi Arabia lifted social distancing.

This mosque in Mecca (west), the first holy place of Islam, welcomed millions of Muslims before the spread of the disease at the end of 2019. Several restrictions limiting access to this site were then imposed before being gradually relaxed in recent months, especially for vaccinated pilgrims.

"The Great Mosque can (now) be used to its full capacity, with the obligation for employees and visitors to wear a mask at all times," the Interior Ministry said in a statement released by the agency. SPA official press.

Public places, such as transport, restaurants or cinemas, will also be able to operate at full capacity throughout the country and wearing a mask is no longer mandatory outdoors, according to the press release.

Prayers at a distance, far from the usual crowds

The signs on the ground marking the distance to be respected have been removed in and around the Great Mosque, built around the Kaaba.

This black cubic structure towards which Muslims around the world go to pray during the hajj, the great annual pilgrimage, remains however inaccessible.

On Twitter, SPA posted images of worshipers praying side by side.

Since the start of the pandemic, the videos and photos of a handful of Muslims praying far from each other in Mecca had been around the world, so contrasted with the usual crowds that gather at the site during pilgrimages.

Watch: The Grand Mosque in the Muslim holy city of #Mecca in #SaudiArabia operates at full capacity, with worshipers praying shoulder-to-shoulder for the first time since the #coronavirus pandemic began.https: //t.co/FNglJ9pa84 pic .twitter.com / O3Rn4dKPUH

In normal times, the hajj and Umrah (small pilgrimage), bring about 12 billion dollars (10.2 billion euros) per year to Saudi Arabia, which is trying to diversify its economy ultra-dependent on oil.

The government accelerated the vaccination campaign in early August, with the aim of reviving tourism, hosting sporting events and shows and easing restrictions.

Covid-19: end of physical distancing in Mecca for vaccinated faithful 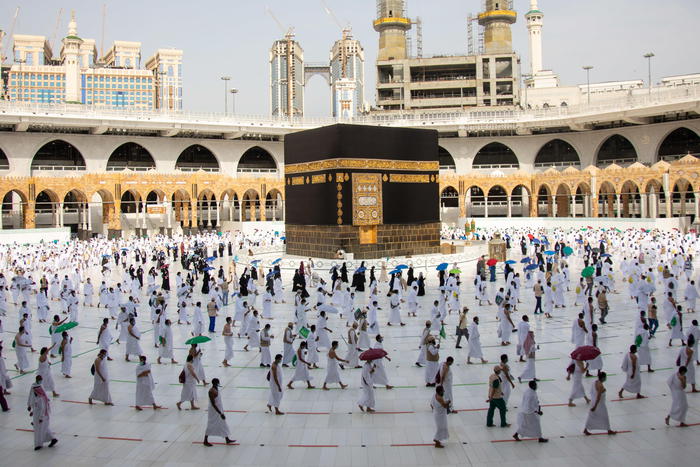 Covid: Mecca banned for non-residents for the second year 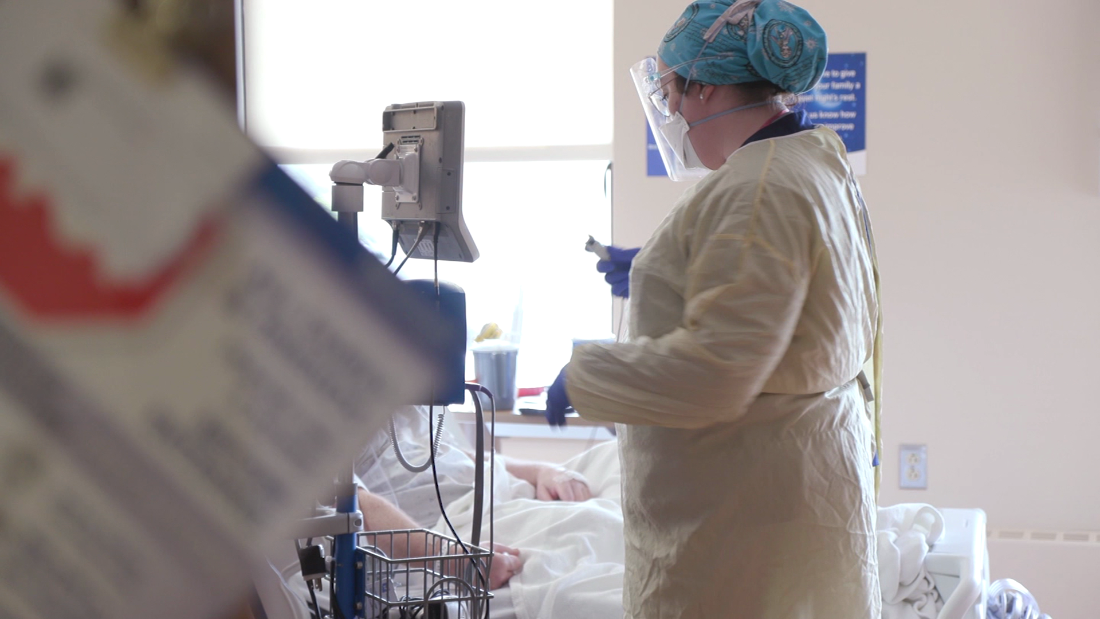 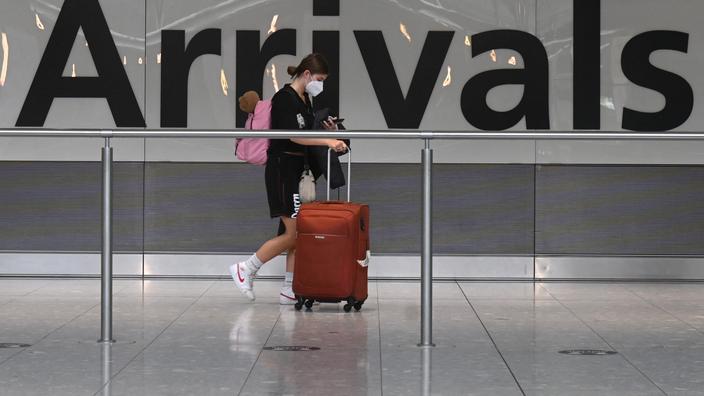 Covid-19: in Europe, measures are multiplying to contain the wave 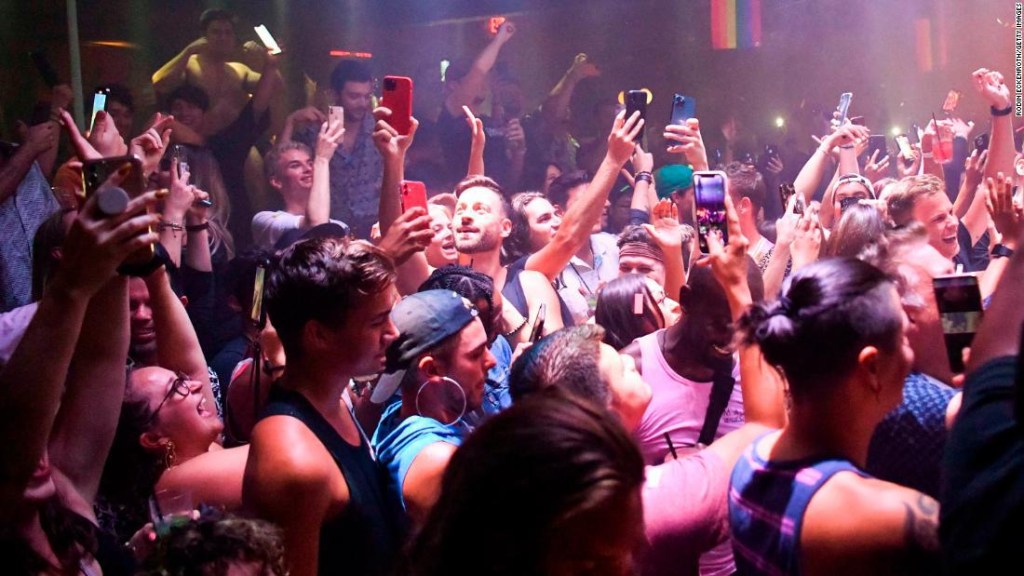 Here's what to know about California's reopening 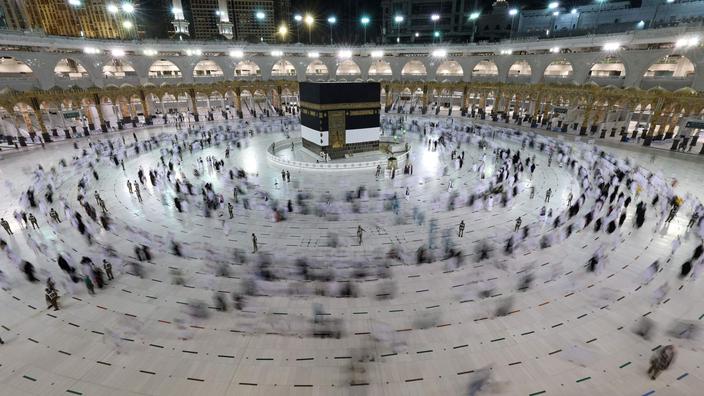 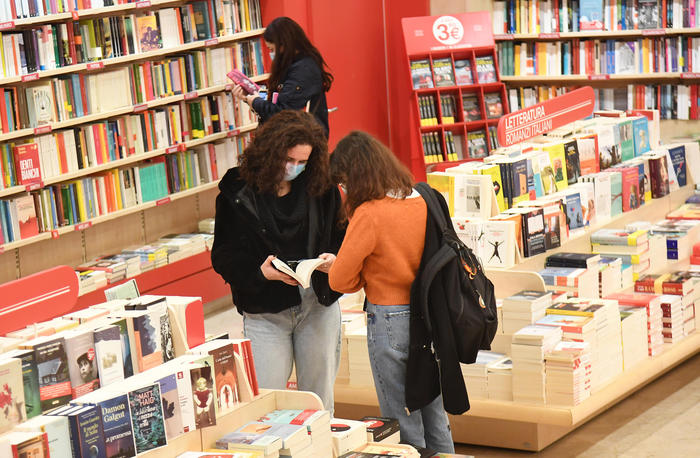