In the case of a 19-year-old woman who was killed, two men and a woman were sentenced to imprisonment in Lower Saxony. But murder could not be proven to them. 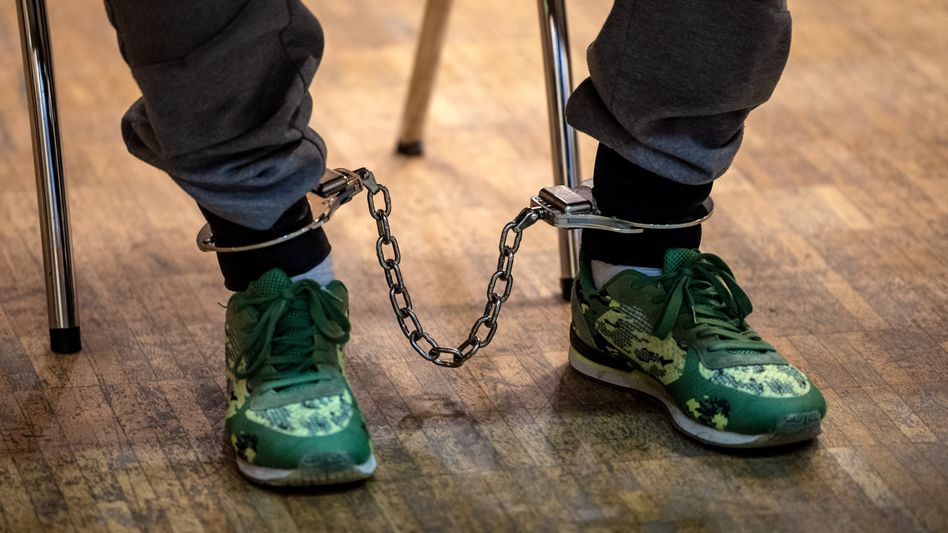 Defendant in court: who sank the 19-year-old in the Weser?

In April 2020, a dead 19-year-old was tied naked to a concrete slab and thrown into the Weser.

In the murder trial in the case, the Verden District Court has now sentenced the three defendants to several years in prison.

The chamber could not prove a homicide of the two men and the woman.

The exact circumstances of how the woman was killed are still unclear.

According to the court, it is certain that the 19-year-old died on the property of the 41-year-old defendant.

The naked body was tied to a concrete slab and thrown over a bridge railing into the river in the Lower Saxony district of Nienburg.

The presiding judge stated that it was a complicated circumstantial process in which there were only a few possibilities for clarification.

The chamber is therefore convinced that all three defendants know how the seriously mentally ill 19-year-old died.

But in court, the two men and the woman did not comment on the 19-year-old's death.

According to the court, it is most likely that she was strangled.

But it is also possible that she suffocated or was killed by being given too much salt, according to the presiding judge.

The prosecution had charged the three suspects with murder and called for life imprisonment.

The prosecutor had said in the final speech that the 19-year-old had been "bought" by the perpetrators like goods for 2000 euros and the remission of drug debts.

After that, the 41-year-old and the 54-year-old defendant tried to market the woman as a prostitute.

According to the prosecutor, they took advantage of the woman's predicament: when they realized that a business was not possible because of the woman's health, they wanted to get rid of their victim.

What exactly happened on the day the woman died is unclear.

Less than three weeks after the crime, a bargee found the body in the area of ​​the lock canal in the municipality of Balge in Lower Saxony.

Pleading in the murder trial: 19-year-old sunk in the river

Plea in the murder trial for drowned 19-year-olds

26-year-old in custody after throwing a bottle