Faced with the fifth wave, the Haut-Rhin hospitals are pushing back the walls and calling back staff to welcome more and more patients 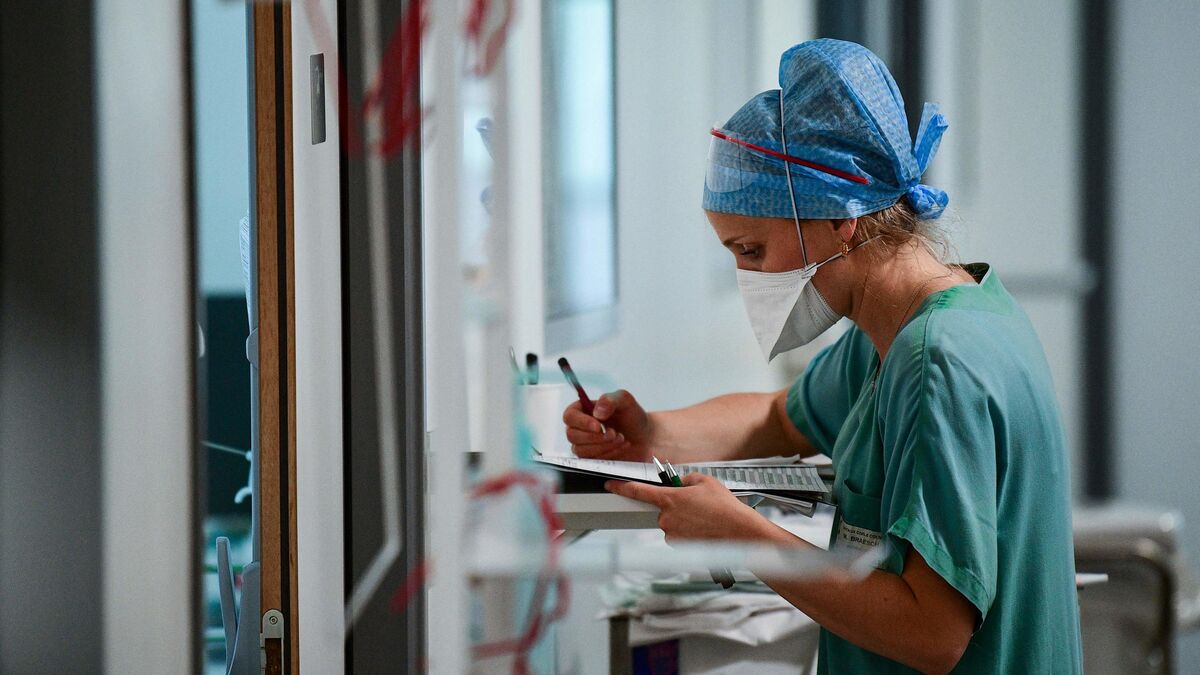 The fifth wave, the peak of which is expected after the holidays, is already putting hospitals on alert.

In the Haut-Rhin department, the Colmar and Mulhouse hospital services launched their “White Plan” on Wednesday, to cope with the influx of patients with Covid-19.

Faced with "a significant need for Covid-19 beds", the two establishments are reorganizing themselves to "recreate units dedicated to the care of these patients", which requires "in certain cases to postpone scheduled care activities", indicate the Hospital Group of the Mulhouse and South-Alsace region (GHRMSA) and the Civil Hospitals of Colmar (HCC).

Already severely tested by the Covid-19 epidemic during the first wave in 2020, of which Mulhouse was the epicenter, the two establishments are once again "faced with a rapid evolution of the epidemic", they indicate.

The White plan allows for the deprogramming of non-urgent operations and to request staff reinforcements in order to “ensure the best possible continuity of care”.

On Twitter, the president of the Grand-Est region, Jean Rottner, urged his citizens to be vaccinated, to relieve “exhausted caregivers”.

#PlanBlanc triggered on #Mulhouse and #Colmar 🚨

The caregivers are exhausted!

More than ever we need to protect ourselves and others.

Relieve caregivers and our hospitals!

There is an emergency 🆘 pic.twitter.com/iCxy67JoYB

The Samu also very much in demand

The Haut-Rhin Samu thus recorded an increase in calls linked to the coronavirus with "more than 20% of daily calls" which concern this pathology, according to the same source.

According to Public Health France, the incidence rate in the Haut-Rhin reached 410 against 311 for France, as of November 28, the last record to date.

The number of visits to the emergency services is also increasing, the statement added.

In the department, this Wednesday 166 people are hospitalized and 34 patients are in critical care due to a Covid-19 infection, according to Public Health France.

In 24 hours, 25 people were admitted to hospital, and 5 in critical care.

The Mulhouse hospital had briefly triggered the bench plan at the end of September-beginning of October, due in particular to the lack of caregivers in this establishment where nearly 170 unvaccinated employees were then suspended. 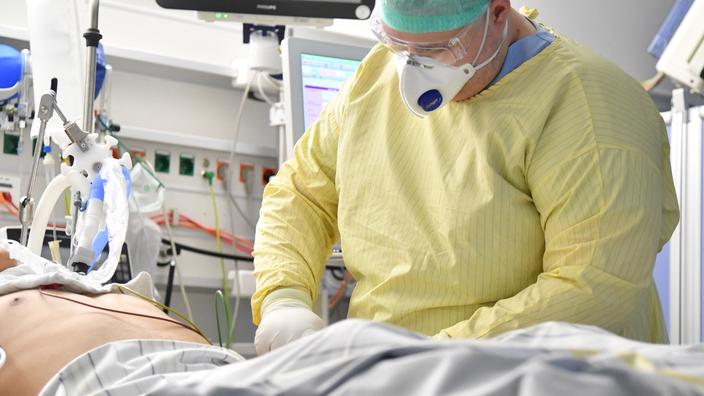 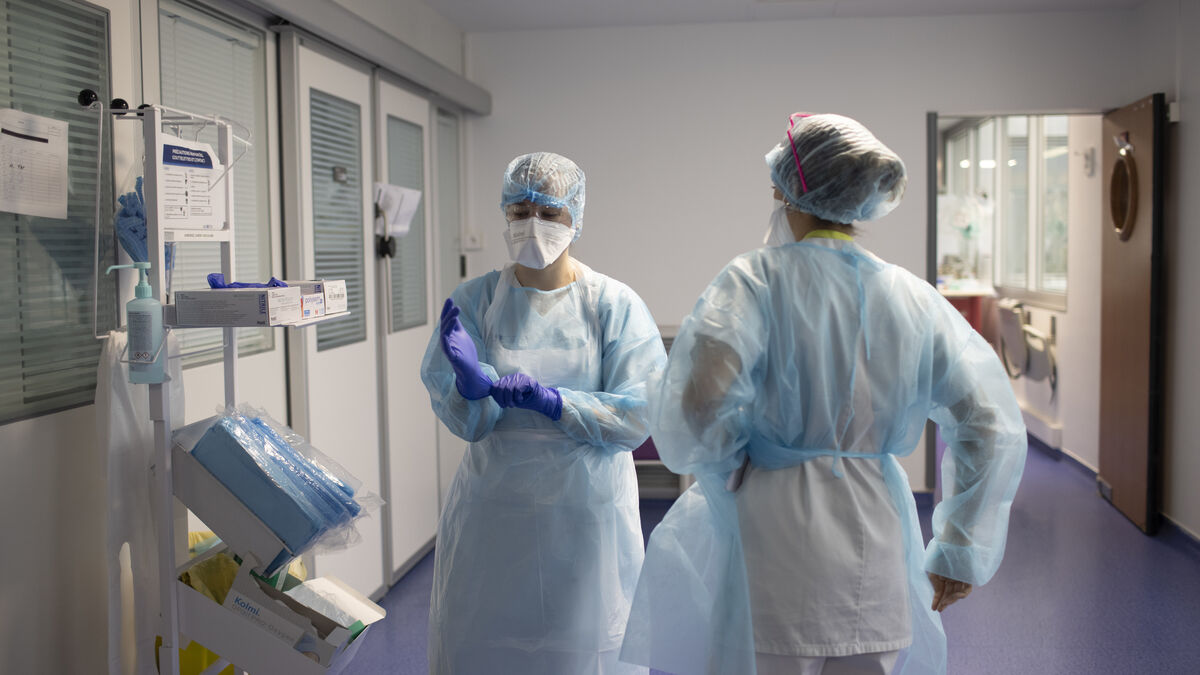 Covid-19: the White Plan launched in all hospitals in Ile-de-France 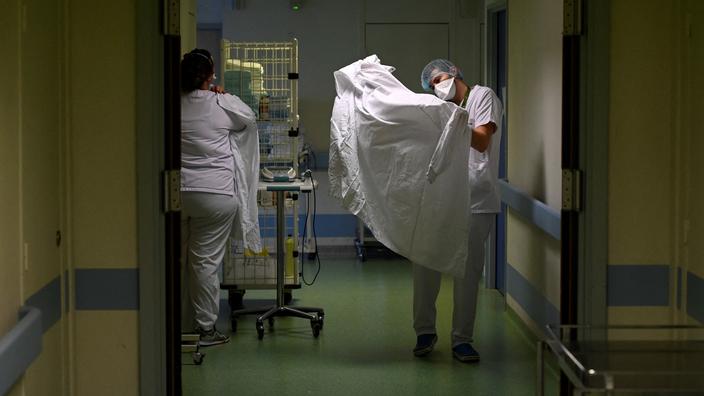 Covid-19: the white plan triggered in hospitals in Provence-Alpes-Côte d'Azur 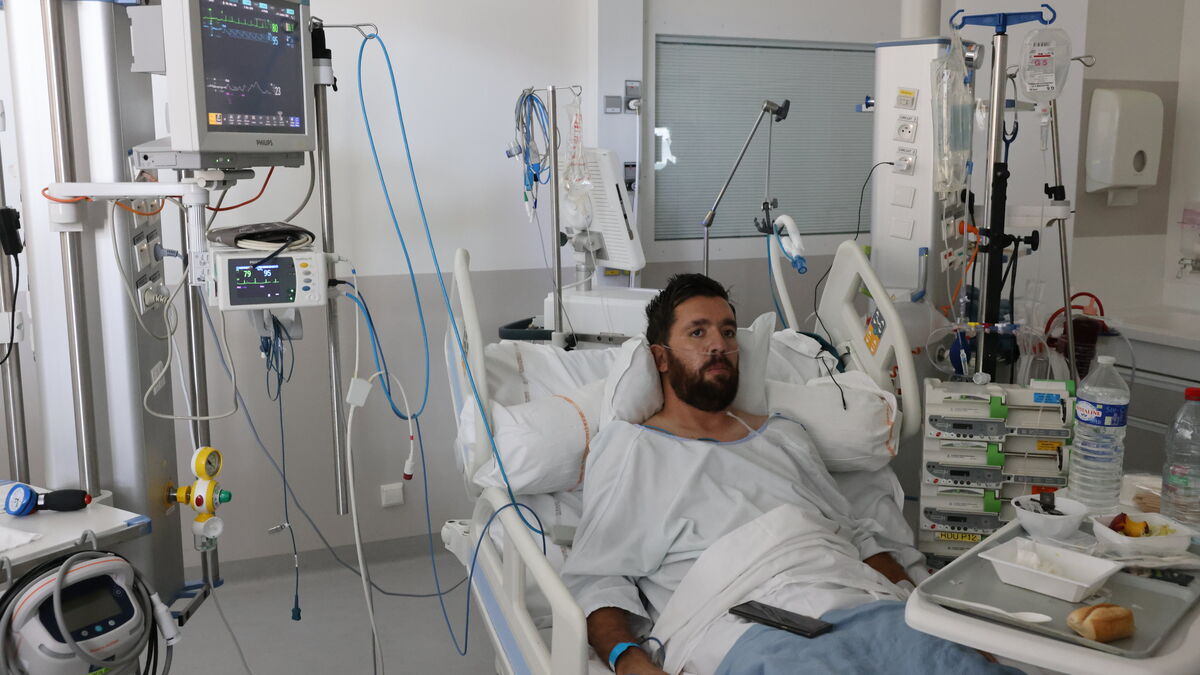 Covid-19: after Lyon and the Grand Est, hospitals in the Paca region trigger the White plan 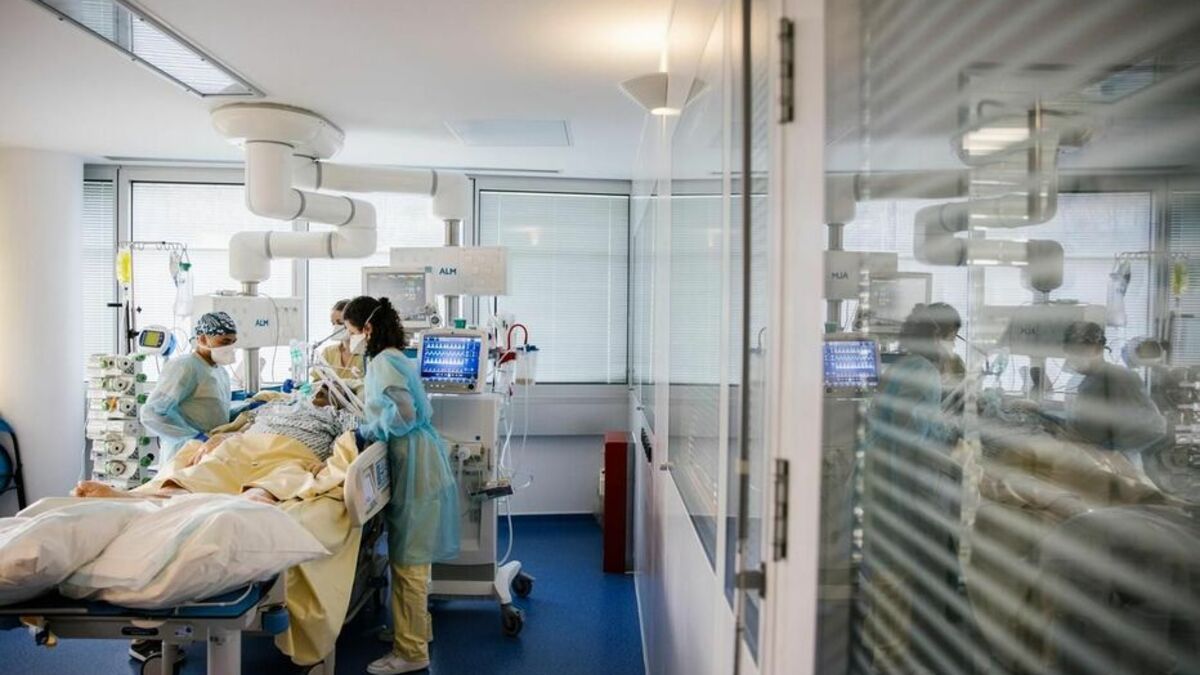 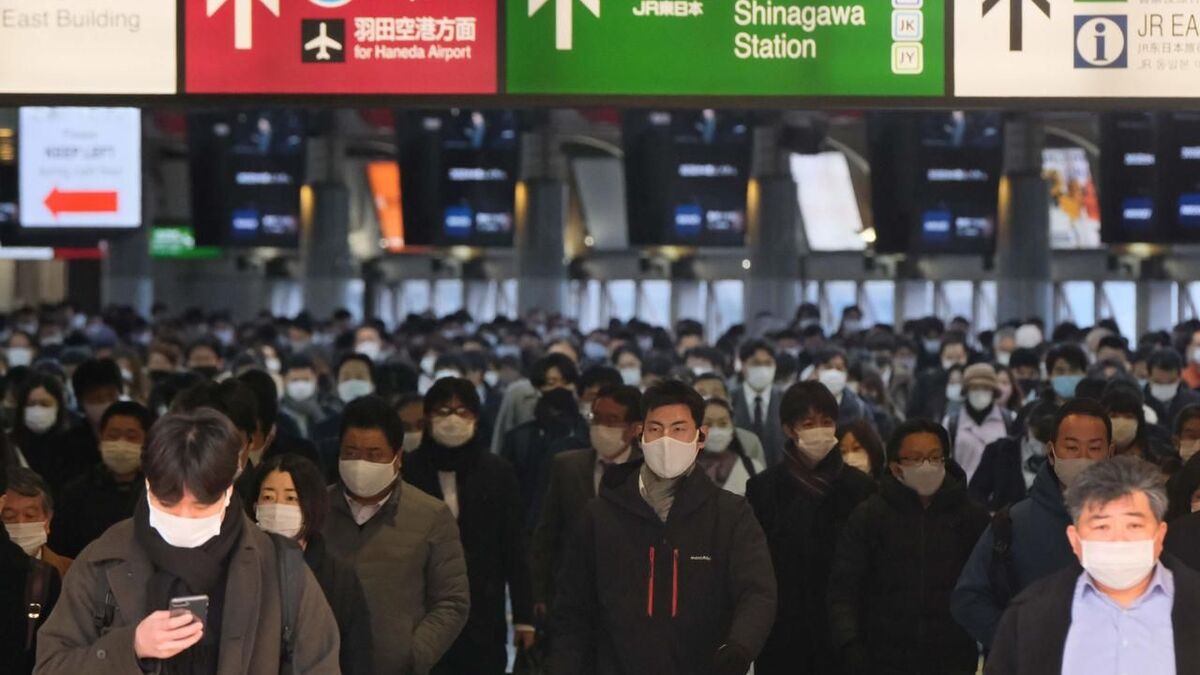 DIRECT. Covid-19: Japan eases restrictions to allow the return of its citizens 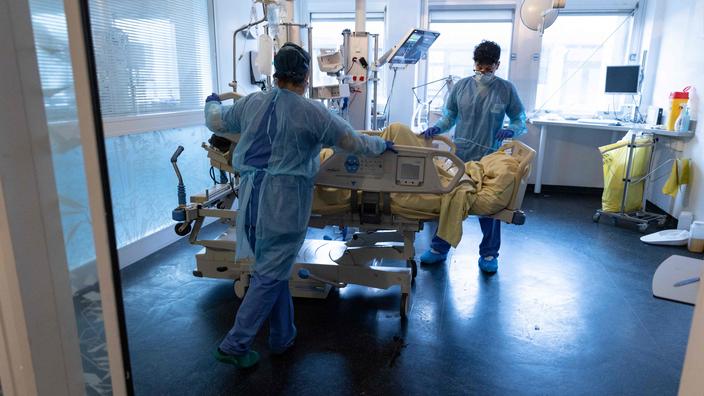 Covid-19: the white plan launched in hospitals in Île-de-France 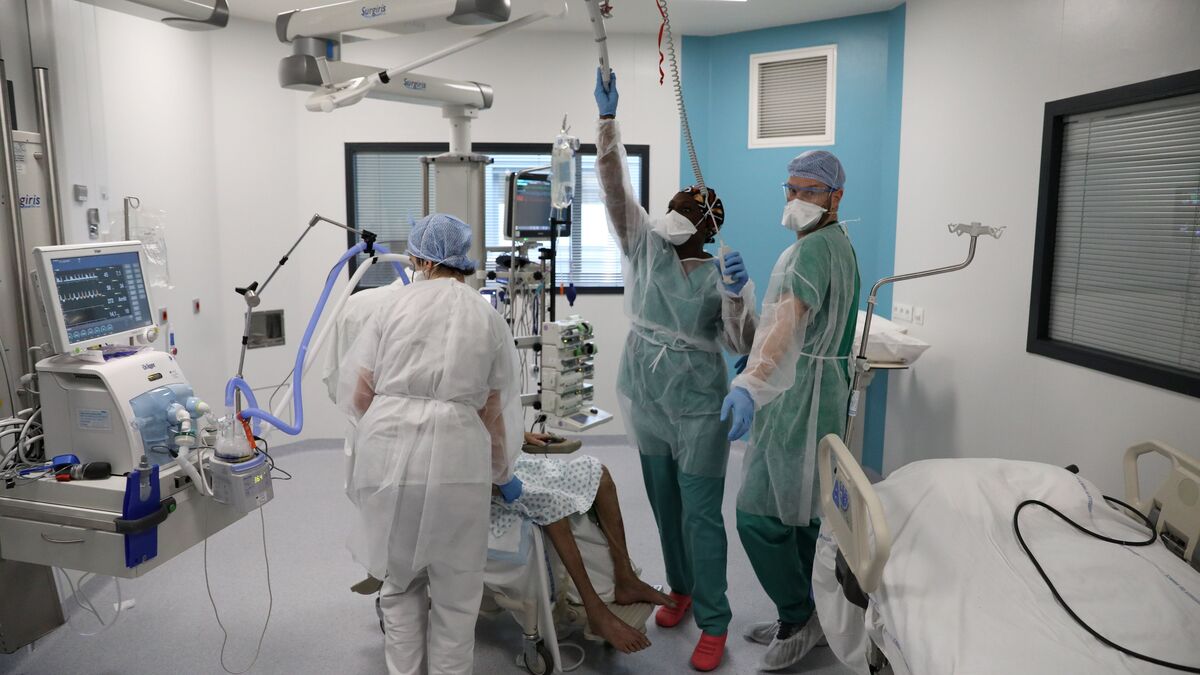 The bathrooms of the new international airport in Mexico are adorned with characters from wrestling
2022-01-13T16:05:40.001Z