The centenary of Marcel Proust and James Joyce's 'Ulises' will mark a year that starts full of news from writers such as Zadie Smith, Javier Cercas, Maryse Condé, Héctor Abad Faciolince, Siri Hustvedt and Michel Houellebecq, in addition to the Spanish translation of the Nobel Abdulrazak Gurnah and the Knausgard memoirs signed by his ex-wife

will be celebrating in 2022, 100 years since the death of the great French writer and as many as 100 years since the publication of the legendary avant-garde novel that broke with narrative conventions. Both will be the object of tributes and important rescues, but before looking back, the new year brings a motley editorial program of new fiction titles. Already in January they will launch

(Alfaguara), a novel by Elizabeth Strout that follows the story that started in

My Name is Lucy Barton

all our curses came true

, who this time writes about the Orthodox Jewish community in which she grew up. And two books of stories:

(Salamandra), which brings together the stories of Zadie Smith, and

(Nordic), the debut in Spanish by Elizabeth Geoghegan, student and friend of Lucia Berlin.

In February the stories of love and conquest that will hit bookstores include from the return of Agustín Fernández Mallo with a novel set in Venice,

The Book of All Loves

The Feast of Love

(Asteroide), by the American Charles Baxter, passing through

(Sixth Floor), by Tessa Hadley, the British author whose late triumph does not cease to illuminate celebrated novels like this one set in the London of the sixties.

, the novel in which Linda Boström tells her part of the story with the novelist and father of her four children, Karl Ove Knausgard; the award-winning and acclaimed

(Tusquets), in which the appeal of the love affair is connected to the promotion of class. Valentín Roma works with

(Periférica) on this same issue in the Barcelona of the 1990s, and Juan Tallón has that Spain as the background of

(Anagrama), the peculiar fictionalized account of the real disappearance of a sculpture of Richard Serra.

(Lumen), another long story in which the 19th century alternates with the years of AIDS in the United States, a theme that connects with the current pandemic. The Greek Petros Márkaris places the story of

(Tusquets) in the Athens of the coronavirus, and Nobel laureate Orhan Pamuk also writes about contagion and plagues in

The nights of the plague

(Random House Literature), his return to the table of planned news for March. That month also returns the author of

, the Mexican Brenda Navarro, with

(Tusquets) the trilogy that started with

. And he also puts an end to hers Eva Baltasar with

A Window to the World

(Nordic), which includes five unpublished works, and with the funny novel

Black literature is the one that best withstood the challenge of confinement and, according to what was seen for 2022, the one that conserves the most muscle. In April comes the new Don Winslow,

(HarperCollins), the beginning of a great series about the mafia that has its roots in years of investigation into its own origins of the creator of

. He will be in Barcelona in February to receive the Pepe Carvalho de la BCNegra. There we will also have Elmer Mendoza: the creator of

and one of the great renovators of the genre returns with.

She entered through the bathroom window

(Alfaguara). And Alan Parks, with a new installment about his brutal series in the Glasgow of the seventies,

, Lumen) who is starring in the Anglo-Saxon world a success as resounding as it is difficult to classify.

The chapter of heterodox tributes begins in January with the new novel by Rodrigo Fresán,

(Random Literature), dedicated to the father of Bartleby and

, and continues in autumn with the work of the Irish Doireann Ní Ghríofa

A phantom in the throat

( Sixth Floor), in which an eighteenth century poem intersects with memories of maternity. David Rieff selects the best texts of his mother in

The Book of Ana María Matute

(Blackie Books), an anthology of literature and life of the Catalan author. The novel that mixes research and self-fiction

(Sixth Floor), by the French Nathalie Léger, has at its center the American actress and director who triumphed at the Venice festival with the cult film

and was the wife of Elia Kazan. And from the world of cinema also comes the debut of Werner Herzog with

The Twilight of the World

(Blackie Books), the story of a Japanese soldier who continued to fight on a lost island after the end of World War II; and the book

(Tusquets), by Patrick Rotman, about the friendship of Yves Montand and Jorge Semprún.

Among the recoveries, the most notable are

(Gatopardo), by Charmian Clift, an Australian journalist who with her husband settled on the Greek island of Kalymnos and whose bohemian life inspired Leonard Cohen, among other artists; and

Aguamala, four days of rain in the city of Naples awaiting an extraordinary event

(Cliff), by Nicola Pugliese, a novel originally published in 1977 by Italo Calvino on the Einaudi label and which the author prohibited from being republished until its death (2012). Two 2021 Nobel Prize titles will also arrive in Salamandra, Abdulrazak Gurnah,

and his latest work,

There will also be a new book by Maryse Condé,

I, Tituba, the Black Witch of Salem

(Impedimenta), in which she fables about the story of that slave who was condemned in the famous 17th century trials, and the novel located on a plantation

The dance of water, by

returns with nine stories gathered in

(Transit), by Nora Eckert, reconstructs the story of Chez Romy Haag, a legendary transvestite club in West Berlin in the 1970s.

Mothers, Fathers and other notes on my royal and literary family

that Siruela will publish in January;

also to the Colombian poet and writer Piedad Bonnett with

What to do with these pieces

(Alfaguara), and to Héctor Abad Faciolince on the same label in May.

The Italian Domenico Starnone, considered by many to be an indispensable part of Elena Ferrante's mysterious identity, will return to bookstores with

(Lumen), and Eduardo Berti with

(Impedimenta), where he tells the story that emerged from the publication of

It costs more to know the editorial plans for the second semester, but there will be new books by Luis Mateo Díez and Bernardo Atxaga in Alfaguara. With the

by Maggie Nelson (both in Anagrama);

and (Salamander), by Amor Towles, author of

A Gentleman in Moscow;

from Asteroide. It was also published

in memory of memory

And, back to the beginning of this story about literature in 2022, there will be two important novelties of Marcel Proust:

The 75 folios and other unpublished manuscripts

(Lumen), and an important selection of his correspondence, which is published for the first time in Spanish in Cliff, still no fixed date.

The other unknown is when the novel that Almudena Grandes left written will come out;

although it is known that it will be this year and in Tusquets, the announcement is made to wait.

With information from Juan Carlos Galindo. 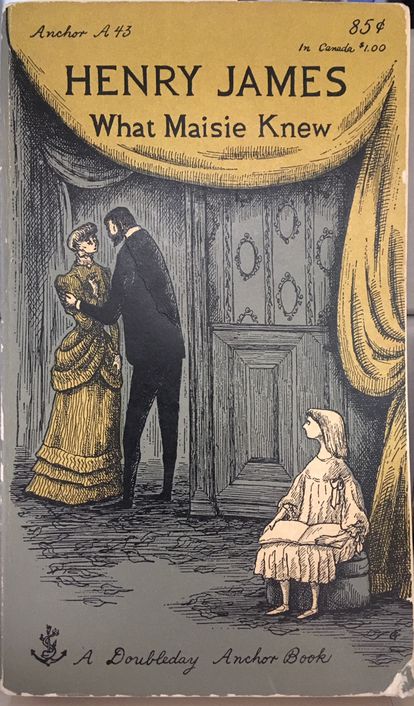 Jason Epstein, visionary editor who democratized the classics in the United States 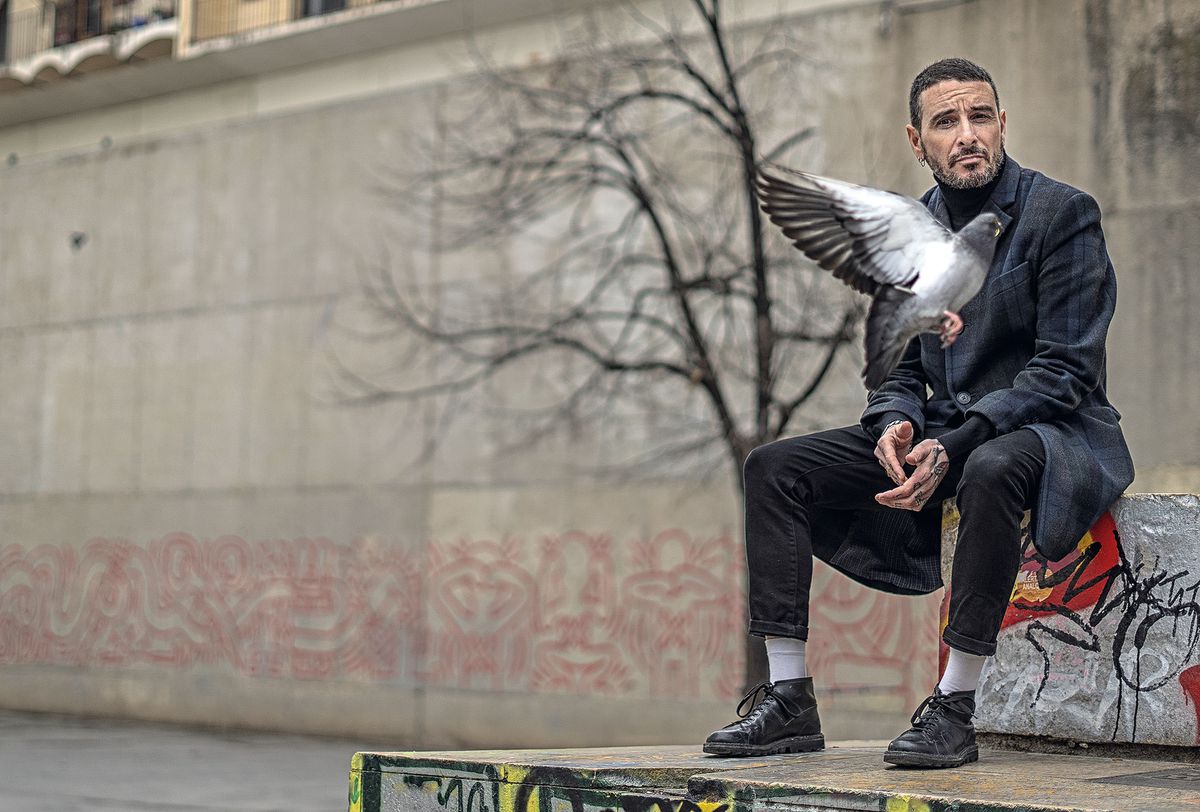 The writer who lives to fists with the official culture 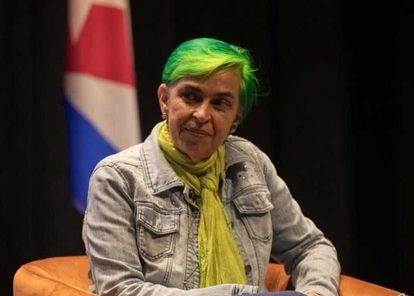 What's new by Nuria Labari, Montero Glez and other books of the week 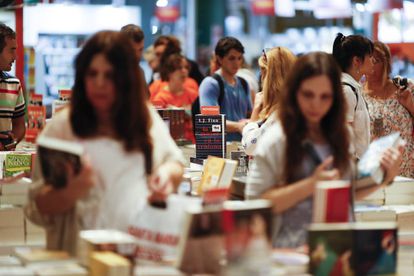 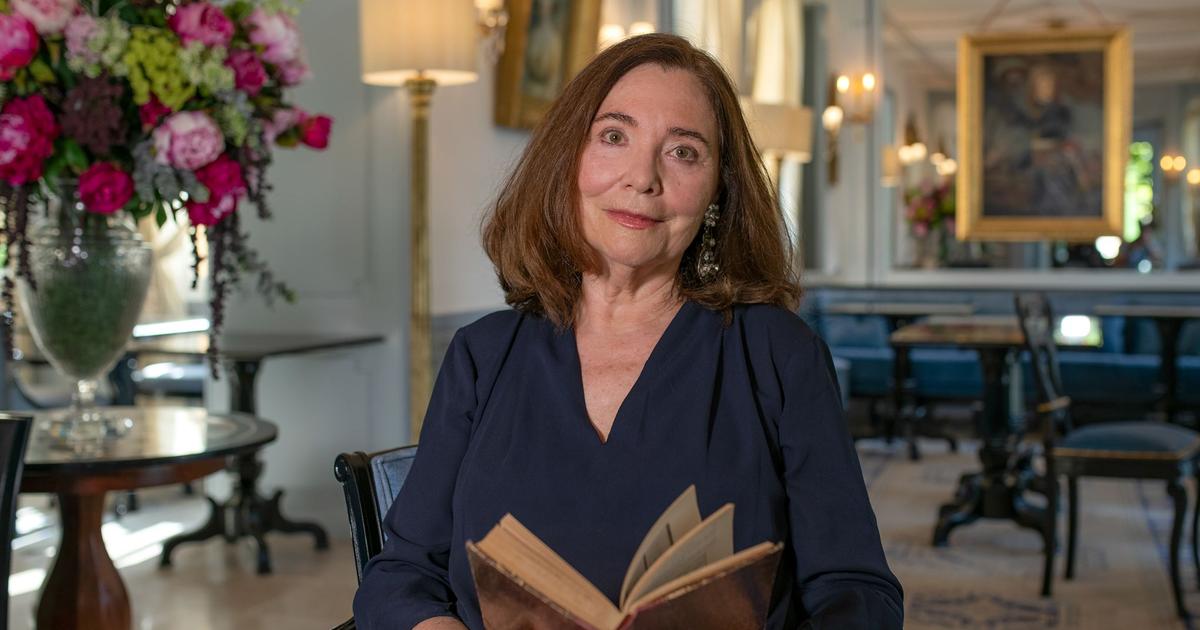 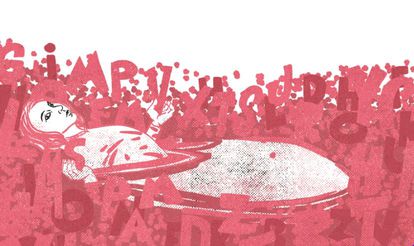 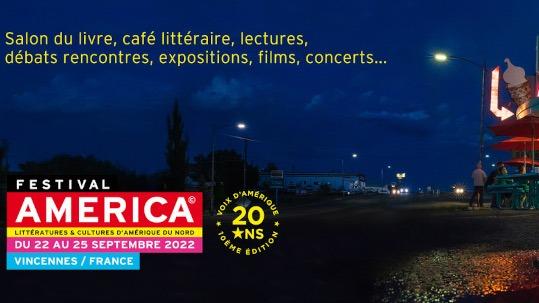 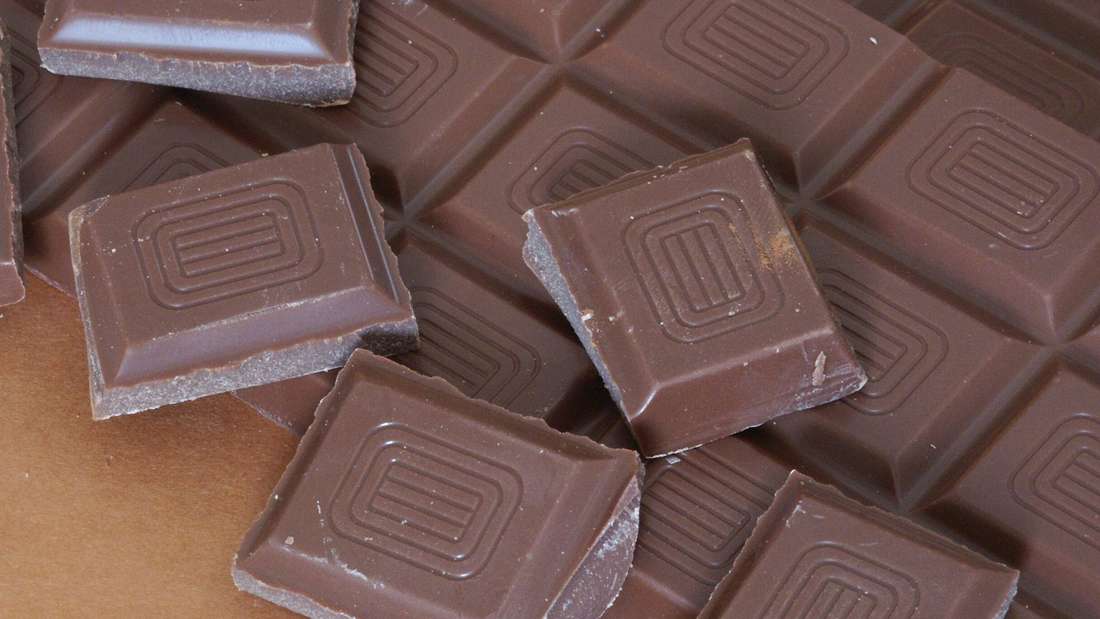 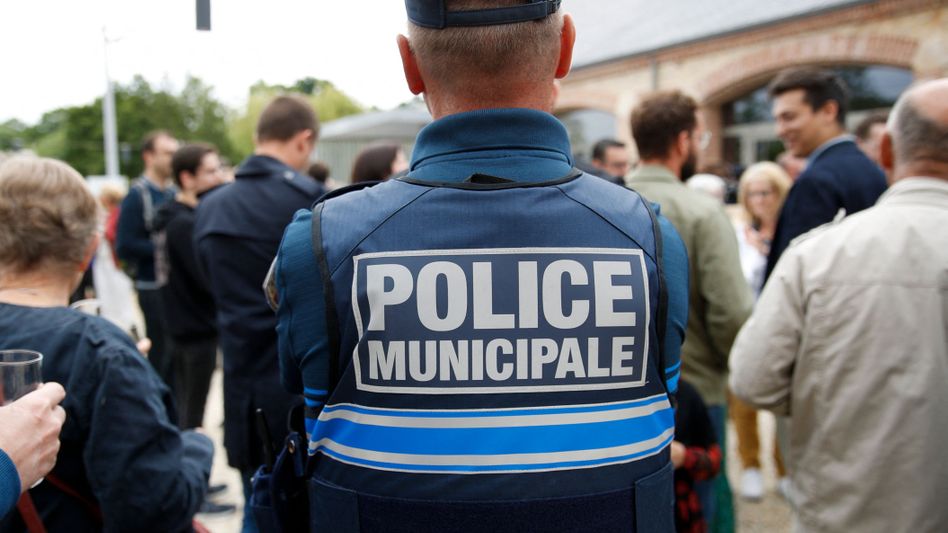 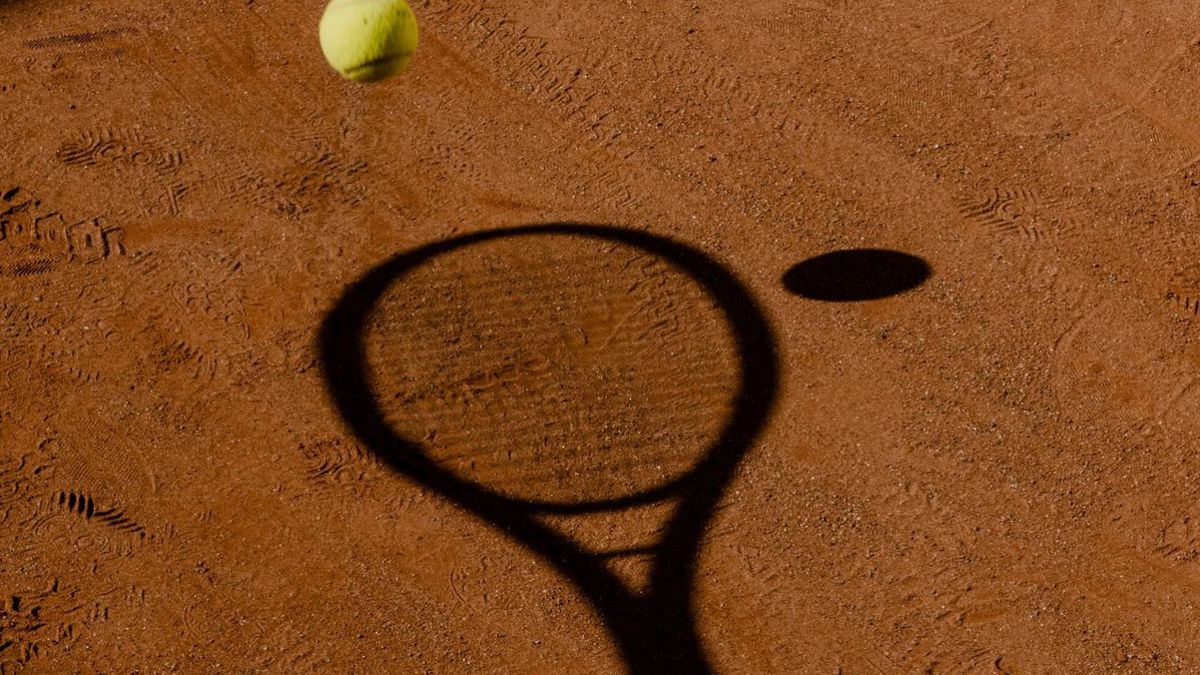 Musetti – Tsitsipas: at what time and on which channel to see the match live?