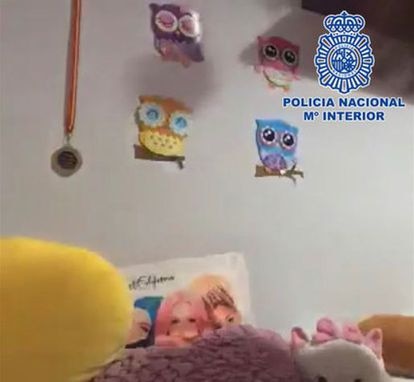 It was, without a doubt, a children's room: stuffed animals, cut-outs of owls and hearts, stickers... The photos that showed that bedroom, apparently as a girl, had been obtained during a judicial investigation for child pornography, which suggested that the minor who was there slept was at risk of being abused, at least online, by the network under investigation. But there were no names and no way to identify the owner of that room, other than clues from the photos themselves. So how to locate the victim and avoid greater evils? The National Police has achieved this after publishing on @policia, its Twitter account (3.6 million followers), three photos of the bedroom, which has been recognized by some users of the social network. The girl's parents have already been notified. And all in record time.

The police alert was released at 11.26 on Monday. The researchers posted a tweet with three photos and a strong message: “Very important. A minor could be at risk. Please take a good look at these photos and write to us at cgpj.bitpm3@policia.es if you recognize this room”. The images (already deleted from the tweet, once the goal was achieved) showed a wall decorated with four colorfully painted paper or cardboard owls and a sports medal, as well as some cushions; another showed a bed attached to a wall on which there are several cushions of stuffed animals, as well as the door of the room closed with clothing and bags on a rack; a third image revealed the doors of a pinewood-colored wardrobe, as detailed by Efe, with glued stickers. Although the quality was not sharp,You could see in this last photograph two drawings and some heart-shaped ornaments that decorated the dressing room.

Your emails have allowed us to identify the room (and in record time).

Our agents have already contacted the minor's relatives and investigations continue.

And the matter had one more complication.

The request for help should make it possible to locate the minor, but not publicly identify her, which would re-victimize her and, furthermore, could lead to a crime by the police (by not preserving by all means any element that could allow a minor to be identified victim of a crime).

Police sources have indicated to Efe that it is an open investigation of child pornography that is being followed by the Cybercrime unit and that it is currently prosecuted. In fact, the court has authorized the dissemination of these images to try to promote the investigations of the Police. The risk, therefore, was high for the researchers to attempt this movement, which was not unusual, although it was novel in its forms.

The case has been solved in just a few hours, according to the police themselves, which they have told in their account: “Your emails have made it possible to identify the room (and in record time). Many thanks. Our agents have already contacted the relatives of the minor and continue the investigations.” The agents, therefore, have been able to check the minor's information, despite everything, and have contacted the girl's relatives to alert them and to take action.

It is not the first time, nor will it be the last, that the National Police asks for citizen collaboration through its social networks to try to advance an investigation, as was previously claimed with radio announcements.

In 2018, for example, they broadcast an anonymous call to the Madrid Red Cross that turned out to be key to clarifying the crime of an 81-year-old man who died of suffocation after being handcuffed and gagged on February 4, 2017 in Santander.

In Germany, the police also arrested the rapist of a four-year-old girl in 2017 twenty-four hours after spreading the photos of the little girl as a last resort to reach the aggressor, who had posted images of the sexual abuse on the so-called "dark web". ”

Another detail of the room. 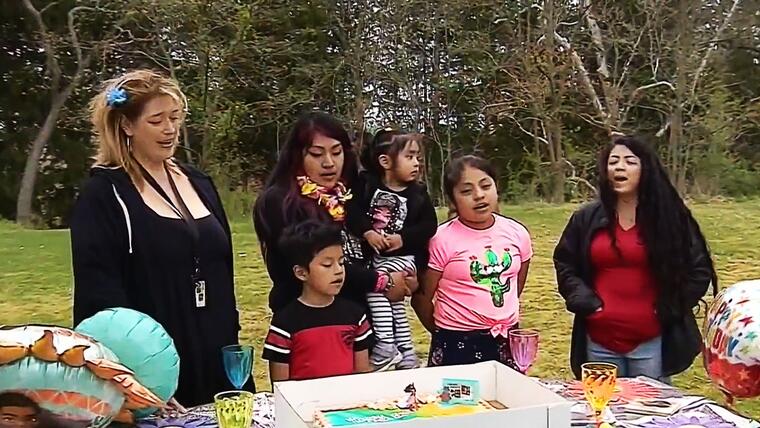 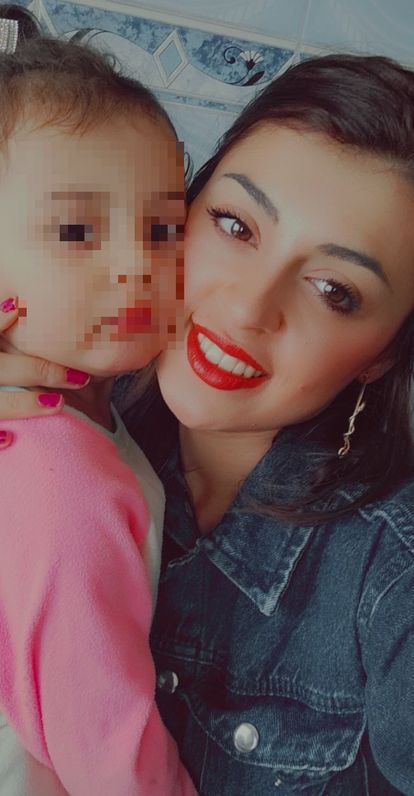 Maider's fight against the "kidnapping" of her daughter in Oran 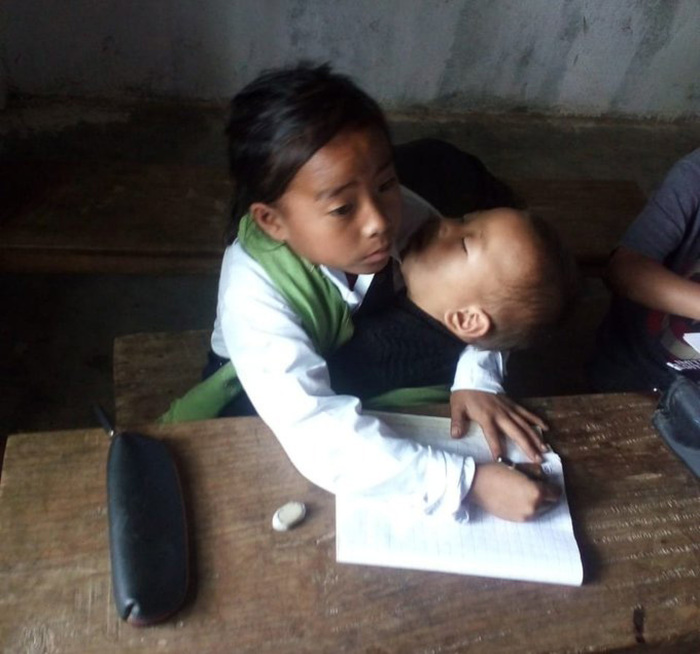 Ghost was seen live on "Cigarette Smoker" 77 years after her tragic death - Walla! Wind and horoscope

Searches for a 4-year-old girl who was missing in a fire in Jerusalem; Fire control achieved - Walla! news 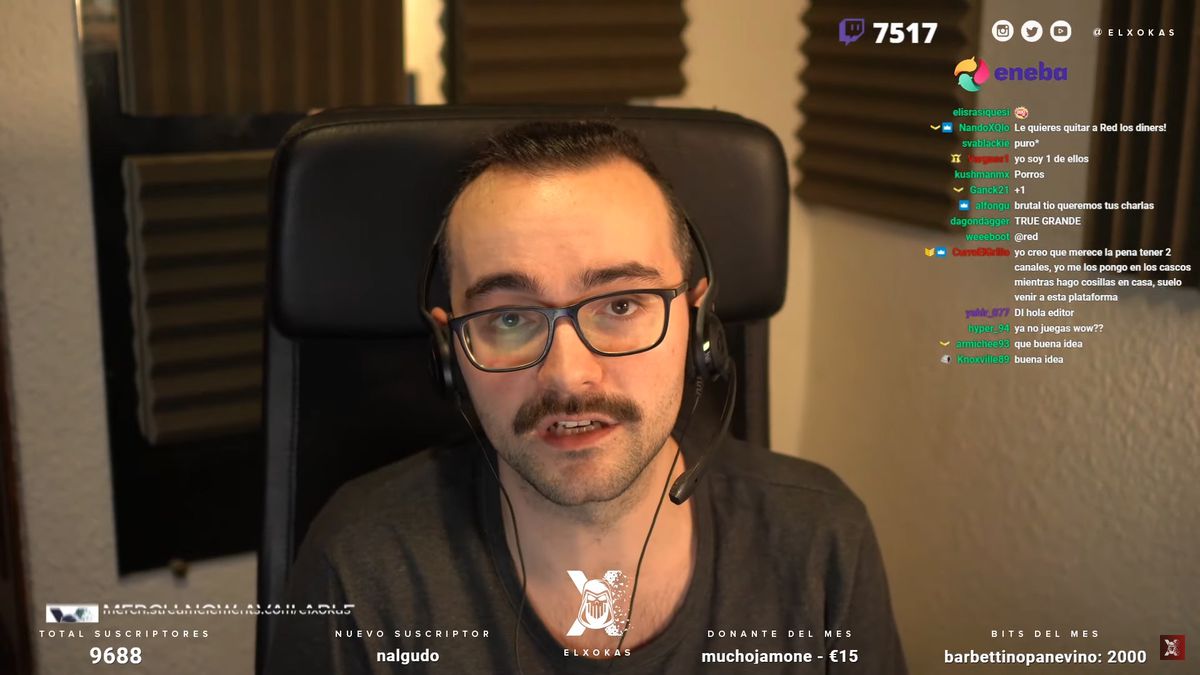 Waiting for women to get drunk to take them home: Xokas' "trick" may be a crime

An 8-year-old woman was raped and abandoned in Jerusalem, the police are looking for more victims - Walla! news

The gardeners were arrested on suspicion of abuse, the mothers refuse to believe: "There were no warning lights" - Walla! news