Argument against the drug basket committee: "Does not put in the basket the most expensive drug in the world based on unfounded patient numbers" | Israel today

Just before the decision on the contents of the medicine basket, SMA patients, a hereditary disease that causes muscle weakness as a result of neurodegeneration, claim that representatives of the Clalit HMO in the committee demand an additional tens of millions of shekels for about 100 new patients, who are not recognized at all. SMA, who do not receive any of the three drugs for the disease, which are included in the basket • Representatives of the association appealed to the heads of the basket committee to disqualify the Clalit representative due to a "screaming conflict of interest" • Liron Moeded, SMA patient That it could make her life easier: "I was left helpless and without medicine, allow me to save my life" 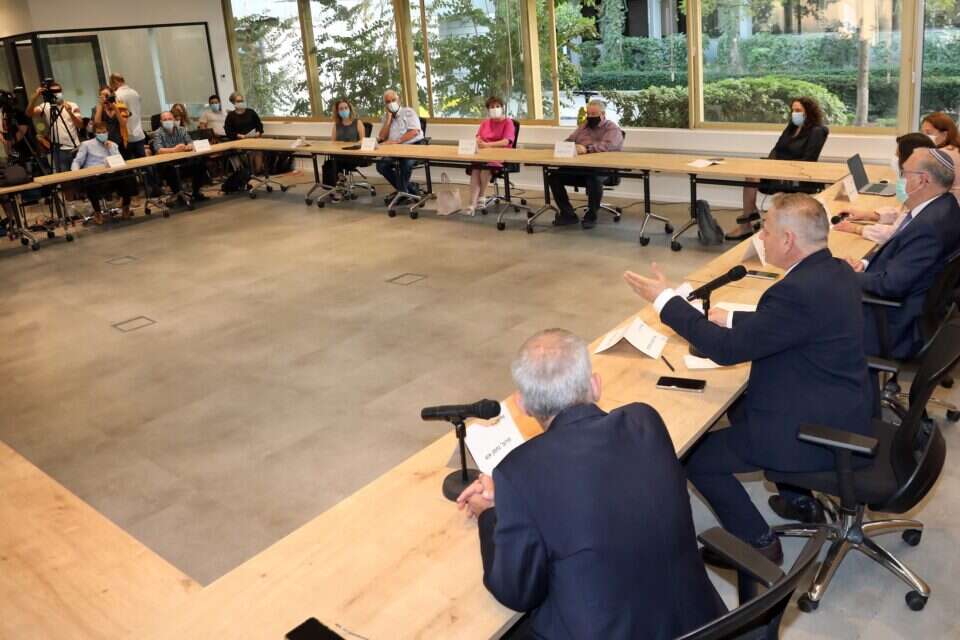 "The Ministry of Health's drug basket committee is presented with unfounded numbers of patients without any basis, and this led to the decision not to add a vital and new drug to the basket - and a patient with a rare disease has already paid a heavy price, receiving no treatment for a whole year." From an unprecedented letter of complaint in its severity revealed here for the first time and sent yesterday (Monday) to the chairman of the basket committee, Prof. Yonatan Halevi, and to the committee's center, Dr. Osnat Luxenburg, head of the technology division at the Ministry of Health.

The letter, which raises serious allegations about the way the drug basket committee works and the data that lead it to recommend the introduction or non-introduction of drugs into it, was forwarded ahead of the last day of the 2022 committee deliberations, which will begin this morning.

The letter was written by the SMA Families Association, a rare and deadly rare inherited disease that causes infants from the age of six months to develop advanced muscle weakness as a result of neurodegeneration and whose patients suffer from motor disabilities and severe disabilities to the point of inability to walk.

The disease has several types, one of which causes mortality in infants up to two years of age.

An earlier struggle has already succeeded

In recent years, the association's struggle has been one of the most prominent public and media struggles with the Drug Basket Committee, when in 2018, after an unprecedented public struggle, it entered the Spinnerza basket - the successful and groundbreaking drug for disease given three times a year to patients using a spinal injection, costing tens of millions Shekels.

In early 2020, another drug (Soljensma) entered the basket for the same disease, which is considered the most expensive drug in the world which is given once as a genetic cure only to infants up to two years of age and is intended for complete cure of the defective gene that causes the disease.

According to data from the health system, the Ministry of Health and the state budget the four health funds in the state medicine basket each year at about NIS 100 million a year for the expensive medicines for about 140 people diagnosed with SMA.

The budget funds the two drugs already included in the basket, which were introduced after a resounding public struggle and whose inclusion in the basket also included special agreements with the drug companies that manufacture the drugs and under which they pledged to fund the drugs to any number of patients beyond state funding. The drugs essential for the rare disease.

However, a year ago, a request was submitted to the committee for the inclusion of another drug, the third in number, for the same disease - the riseplamp, which was created by the pharmaceutical giant Roche.

The new drug is given at home as a solution in oral syrup and costs about one million shekels a year per patient.

She can replace the drug already included in the basket, the one given by injection into the back and only as part of a hospitalization.

Despite this, Clalit HMO, the largest HMO in Israel, claims in its official documents and protocols that there are about 100 patients (80 insured with it and another 20 at Maccabi HMO) who are diagnosed with this rare disease who do not receive both drugs, even though they are included in the basket And that they can reduce or prevent severe and fatal disabilities.

This is the first time in Israel that it has been claimed that such a large number of patients do not receive essential medicines that are fully funded in the public medicine basket by the state, when funding should be unlimited on the number of patients.

But these claims by Clalit, raised by Dr. Nicki Lieberman, the fund's representative on the drug basket committee and chairman of the fund's exceptions committee, had a very big impact on the committee members.

According to senior health officials, they were among the factors that led the commission not to put Roche's new drug in the basket as early as a year ago.

Israel Today has learned that similar allegations are being made to the committee and the Ministry of Health this year, with Clalit representatives in the committee claiming that in order to budget the new medicine for the basket, tens of millions of shekels must be budgeted for another 150-100 patients who were "discovered". You are currently receiving some medicine for the disease, but you will be required to get the latest medicine if it is included in the basket.

The legal hearing in which Clalit presented the allegations about data that Dr. Lieberman presented to the drug basket committee regarding patient numbers came up as part of the legal battle of 22-year-old Liron Moeded from Ariel, who is confined to a wheelchair and needs the risepiplam drug after she can no longer receive the injections. To the spine.

As part of Oded Clalit's long and exhausting legal battle, the fund claimed that there were another 100 patients who did not receive the drug, which seemed to be one of the main reasons for not funding Liron the new drug.

Oded asked Clalit to fund the new drug because the existing drug in the basket given by injection into the spine causes it "severe, abnormal and unbearable side effects," including severe pain that has been neutralized for months.

According to her, the same side effects caused her a life-threatening condition, which led her not to receive any medication for months, thus endangering her and greatly deteriorating her condition.

"I was left helpless."

An opinion was submitted to Clalit detailing her condition and the severity of the pain that appears after almost every injection, written by the doctors treating Liron at Dana Pediatric Hospital at Ichilov Medical Center, Prof. Aviva Fattal-Velevsky, director of the Institute of Pediatric Neurology, and Dr. Liora Sagi, center SMA Clinic.

However, the Clalit Exceptions Committee, headed by Dr. Lieberman, has four times rejected Moeded's request, claiming that if the drug is approved, the approval will require the fund to fund it for many more patients. By the National Labor Court and in the legal proceedings in which it is represented by Adv. Yael Friedel.

As revealed in "Israel Today" in September 2021, following Clalit's claims about the numbers of patients, the board of directors of the SMA Israel families association warned the management of the Ministry of Health that "the association has an official database of patients in Israel. We did not find any information about those 100 patients who were 'discovered' by Clalit and who are not treated. Have them in the basket and get them urgently. "

The association's board also warned that "a patient who is not treated can deteriorate at any moment and lose significant physical abilities, including damage to the respiratory muscles and loss of respiratory capacity to real life risk, but if this is incorrect information, we demand an official answer from the Ministry of Health. "Stop disseminating this information and use it in order to prevent patients from exercising their right in an exceptional situation to receive treatment that is not included in the basket."

"My fate depends on your decision"

Liron, a biology student at Ariel University, recently wrote a letter to the Drug Basket Committee, in which she wrote: "I can not function because of the consequences and the severe side effects it brings with it. Therefore, I had no choice and had to stop the treatment, which soon led to a physiological deterioration in my condition."

Yaron also wrote that "I was left helpless and without medicine, until I learned that there was a new medicine given in solution and I realized that my life was saved again. I turn to you and you, members of the basket committee, out of appreciation for the sacred work you do. "To have the opportunity to stop the deterioration of SMA in my body again, to strengthen my physical abilities and save my life."

The Drug Basket Committee and the Ministry of Health responded: "The application reached the Ministry of Health and was examined by the Legal Bureau. It was not found that what was said in the application raises a concern of a conflict of interest. "Being a representative of the HMO, and the roles he performs in this capacity (including being the chairman of the HMO's Exceptions Committee) do not constitute a foreign interest or raise a concern of a conflict of interest in relation to the committee's deliberations." 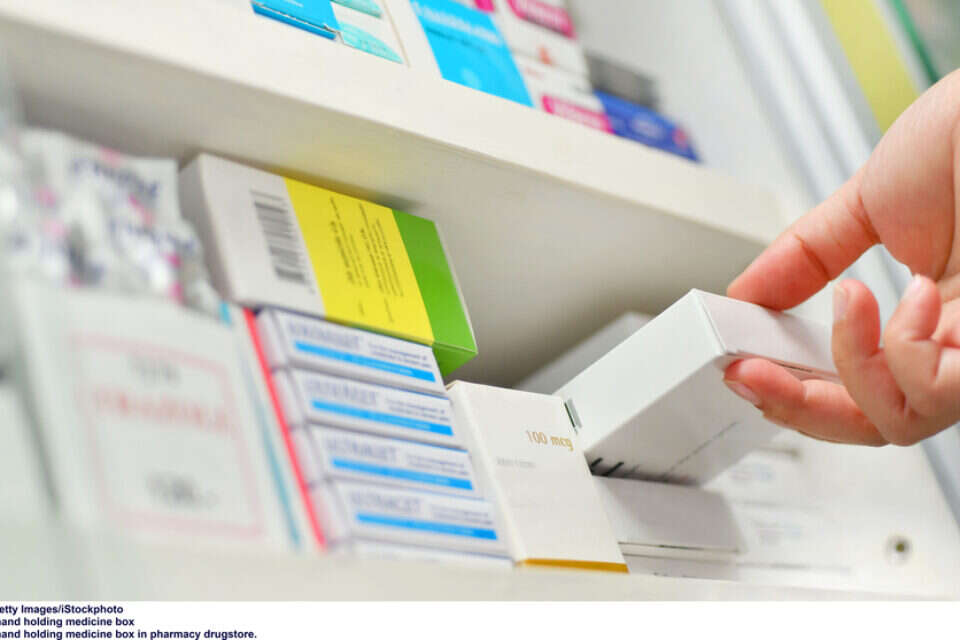 The drugs entered the basket, but were not approved for use Israel today

Myeloma patients petitioned the High Court: The decision of the drug basket | Israel Today must be reconsidered 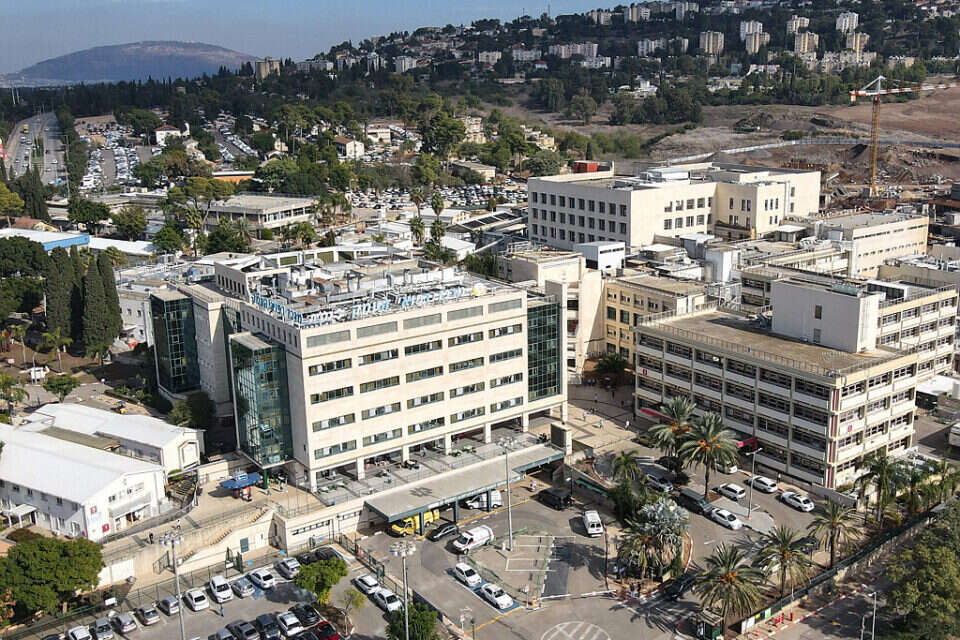 Despite the promises: The pilot for those suffering from depression has not yet begun Israel today

Neve Pharma invents patents for us - Walla! Of money

Researchers have discovered a new and alarming variant of the HIV virus - Walla! health