European report reveals the dramatic impact of vaccines: Israel ranks third on the continent in preventing death through the vaccine • A special analysis of the data conducted by Prof. Grotto for "Israel Today" reveals: Without the vaccines, the death toll would have skyrocketed • Prof. Grotto: "Proof that The vaccine is also effective in the omicron wave " 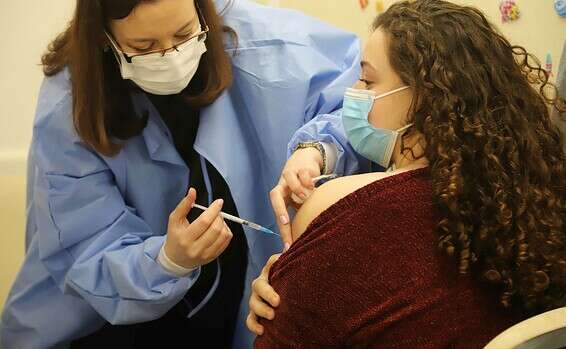 At least 20,000 Israelis have survived the deaths of corona vaccines in Israel, and without the vaccines the death toll so far could have reached 30,000 (including the 8,371 corona victims who have died since the epidemic began).

These dramatic data emerge from a special data analysis conducted for Israel Today by Prof. Itamar Grotto, former head of public health services at the Ministry of Health and Deputy Director General of the Ministry. The world's most important for monitoring diseases and epidemics is a cautious assessment because it only applies to people aged 60 and over.

Prof. Grotto, an expert in public health and epidemiology and a lecturer at Ben-Gurion University in Be'er Sheva, told Israel Today yesterday that "certain sections of the public and among experts currently watching the Omicron wave claim that this is proof that it is a mild disease 'like the flu', but it is "A false claim is that the important effect of the vaccines is not taken into account, which prevents severe morbidity and large-scale mortality even now in the face of the omicron wave."

Professor Grotto submitted his opinion on a petition filed against the closure of the sky,

According to Prof. Grotto, "An analysis conducted by the Center for Disease Control of Europe (ECDC) and published in November 2021, examined the number of deaths among adults over the age of 60 who avoided vaccinations in the countries of the World Health Organization, including Israel." This is because about 90% of deaths are over the age of 60. The study, which was published on the Eurosurveillance website, assumed that mortality prevention rates by vaccines are 60% after one dose and 95% after two doses. "

Indeed, according to Prof. Grotto, "the study shows that in the period between December 2020, the beginning of vaccinations in Israel and abroad, November 2021, Israel is ranked third in the number of deaths avoided as a result of vaccinations, and that 15,662 deaths were avoided during this period in Israel.

Prof. Grotto emphasizes that "the researchers' conclusions are that since the beginning of vaccinations in Europe, the lives of many adults have been saved through vaccination. Early and full application of adult vaccines has been linked to the largest decline in expected deaths. The reasons Israel ranks third in Europe are related And for its extensive coverage for those aged 60 and over. "

Grotto further explains that "another analysis I conducted based on Israel's mortality data at all ages, and according to the model published in the article, shows that 4,989 people died from January 1, 2021 to January 19, 2022 (in all age groups), and that without vaccines 24,661 people would die. The vaccine prevented 19,672 deaths during this period. "

"It should be emphasized that the study, and the analysis I conducted on the basis of it, do not address the role of vaccines in preventing the transmission of the disease and lowering the coefficient of infection, as was the case with the alpha and delta variants that were common during the test. "There is clear evidence that the vaccine prevents serious illness and mortality as a result of infection with this variant, even if its effect on the rate of transmission has not yet been proven. .

Prof. Galia Rahav, director of the Department of Infection Prevention at Sheba Government Hospital in Tel Hashomer, which is considered one of the most important and influential physicians in the Israeli struggle against the corona, told Israel Today yesterday that "the vaccine ended the third wave of the corona and saved many Israelis lives.

"In the current fifth wave, we can already see a decrease in the verified curve of those vaccinated with the fourth vaccine, and we also see that the more serious illness is more prominent among those who did not receive the fourth vaccine. There is no doubt that the vaccine protects against hospitalization, serious illness and death "In the history of medicine and humanity it is vaccines, and they - along with hygiene and sanitation like modern sewage treatment - have saved billions of people from death, disability and serious illness."

Dr. Jasmine Maor, director of the Infectious Diseases Unit at Wolfson Government Hospital in Holon and a member of the epidemic team at the Ministry of Health, told Israel Today that "vaccines remain the most effective strategy to prevent death and disability from corona, and studies published in recent months show that in Europe only vaccines "Prevented the deaths of more than a million people in less than a year."

"Similar data comes from all over the world, including Israel. The epidemic treatment team was a leader in the vaccination strategy in Israel and recommended the provision of the third and fourth boosters. The third booster caused the wave of delta disease in Israel to subside. "The current wave of illness in people over the age of 60 is significant and has contributed to protection against death and hospitalization, even though the vaccine is less effective in preventing infections."

Dr. Maor also called on those who did not complete the series of vaccines to hurry up and do so, explaining that “although the omicron is less violent, it can still cause serious illness in adults and immunocompromised people.

In addition, the long-term effects of corona infection in children are still unknown.

Beyond that, it is worthwhile to arrive protected also for the next wave, which may come with a new variant. "

The booster and omicron

Dr. Ina Ricardo-Lax, a researcher in Infectious Diseases and Virology at Rockefeller University, New York, Regional Director of the Association of Israeli Scientists Abroad ScienceAbroad, said yesterday that "it is important to understand about existing vaccines that have been tested and proven effective in preventing serious illness and death. "Relatively successful infection with previous variants is a bonus. The current variant is different enough for vaccines to be infected, but our immune memory, which includes other things besides antibodies, manages to protect us from serious illness and death in the current variant as well, especially if we got a booster."

"The booster has already been found to actually expand the immune response and allow better protection against variants, and all over the world the data show overwhelmingly that those who come to hospitals are for the most part unvaccinated people. "It will not happen to me."

The father of the policeman who fell in the attack in Bnei Brak: "Feels that the whole country is embracing us" - Walla! news

Sheerin went for a walk with friends in Mexico and was killed in an accident: "She laughed and smiled all the time" - Walla! news 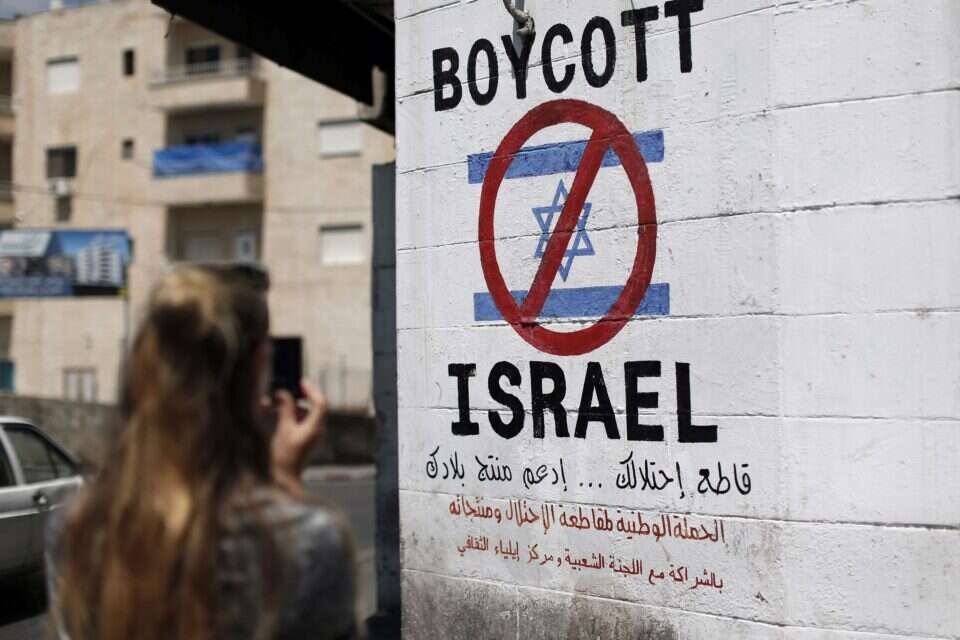 Why is an employee of the German "Adenauer Foundation" inciting against Israel and supporting terrorism? | Israel today

Zalanski's speech to Knesset members will be screened in Habima Square in Tel Aviv - Walla! news

Minister of Diaspora: Israel must offer an immediate solution to the Jews of Ukraine if they get into trouble - Walla! news 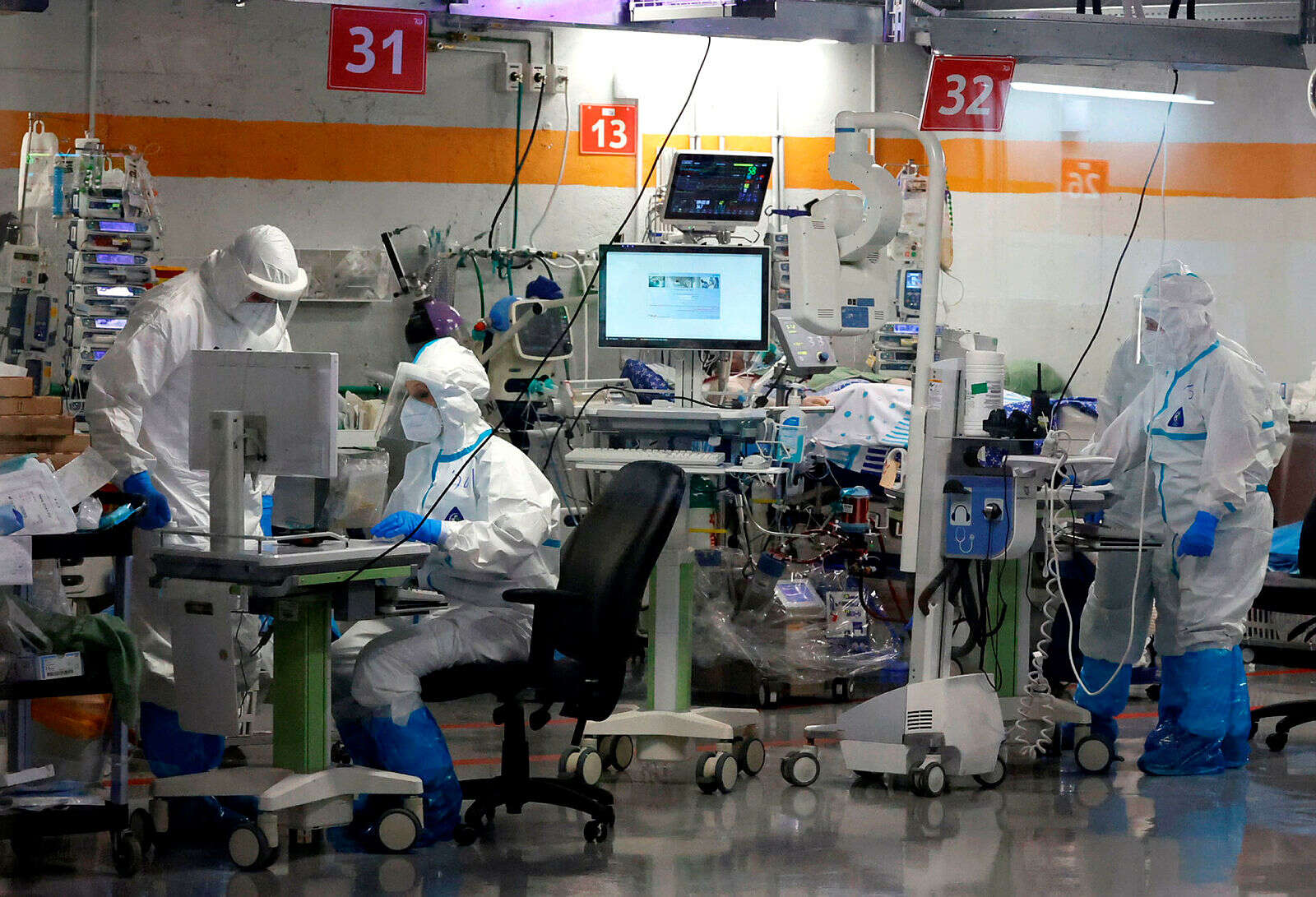 "Glad we delivered before there was a mess": Israelis return from Ukraine - Walla! news 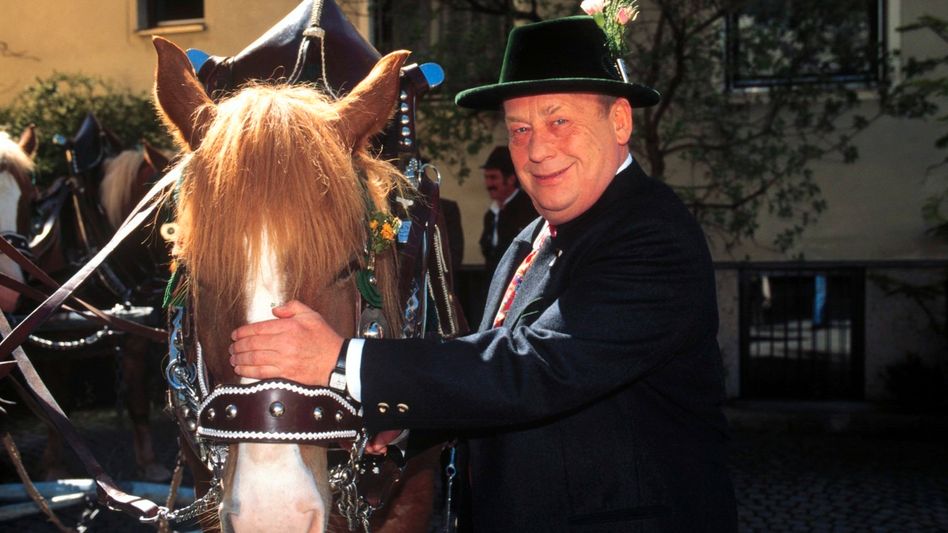