"A good canteen is a happy actor": behind the scenes of filming kitchens

They cook for the whole team, from trainee to star, sometimes in extreme conditions. Essential to the success of filming, cinema canteens are the nerve center, between shared happiness, tensions to be appeased and culinary tastes to be reconciled. 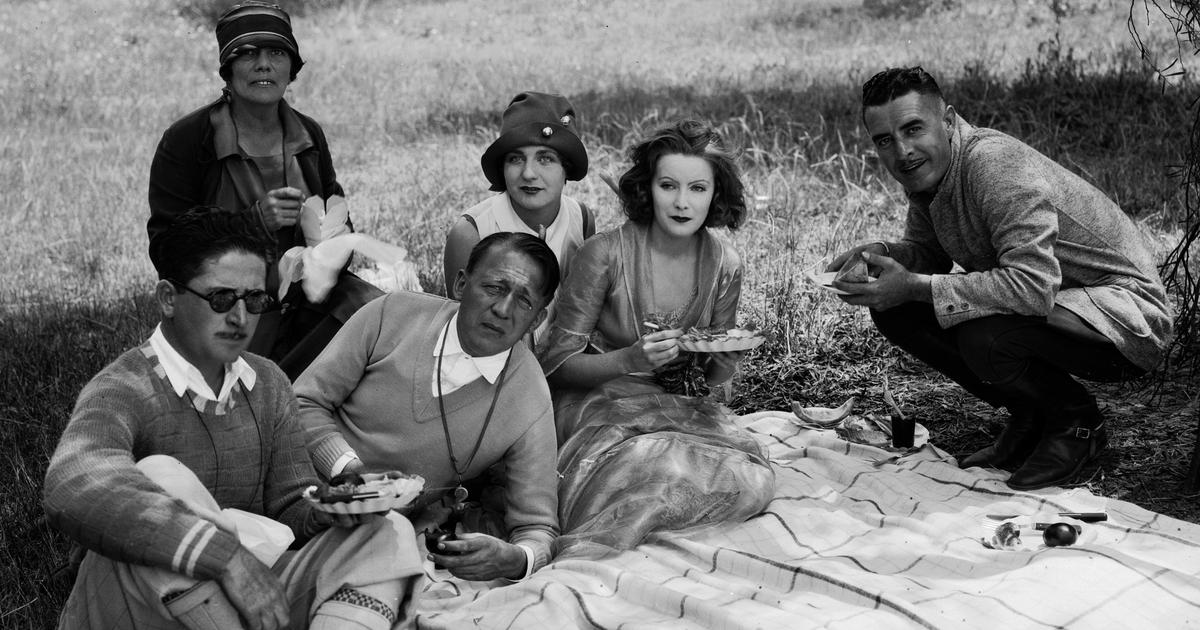 They are neither starred nor as famous as Alain Ducasse, Anne-Sophie Pic or Pierre Gagnaire, but can be proud of being sold out months in advance and of having hosted Léa Seydoux, Vincent Cassel, Tahar Rahim, Isabelle Huppert… In short, all the cream of French cinema.

They are the film canteens, the heads of catering, a consecrated word in the industry.

Every day, under their great barnum, after having unloaded their two tons of equipment, they concoct dishes with small onions for the teams.

The stakes are high: according to the adage imagined by Claude Chabrol, “bad canteens make bad films”.

Also, the most epicurean of French directors left nothing to chance: in order not to miss out on the sole meunières of the star canteen, Henriette Marello, he booked it months in advance.

“It's also the first job I book, even before my cinematographer,” agrees Pierre Salvadori, director of

It's the moment when the team is built, extended, when you have the feeling of being able to offer something more.

Shooting is physical and tiring: eating should be the reward.”

Read also“I was no longer a human being”: extras denounce the “toxic” filming conditions of the

Any good producer knows this: if you want to maintain the morale of the troops, you don't save on the menu (between 20 and 28 euros per person, depending on the quality).

“There can be mutinies if the canteen is not good.

When you've been up since five in the morning, outside in the cold, food becomes essential.

The catering is the soul of the shoot, the reflection of the atmosphere that also reigns there”, explains François-Xavier Demaison, bon vivant and winemaker in parallel with his career as an actor.

This strategic place of conviviality, meeting and sharing indeed crystallizes all the attentions, the tensions and the small pleasures of the team.

Maurice Chevalier and his company take advantage of a break in the filming of the film "Le Petit Café" to eat a picnic outdoors.

At the end of the table is director Ludwig Berger, Chevalier is seated next to him, Russell Mathews, Frances Dee, Stuart Erwin and Eugène Pallette follow around the table.

It is here that birthdays are celebrated, that announcements are made, that work plans are refined, that friendships and loves are woven.

“It is also here, around a good meal, that the overflow of a morning under pressure is evacuated.

Besides, I don't like working in the canteen, says Pierre Salvadori.

I go there to relax and get to know my teams differently, to have a real break.

The atmosphere has certainly changed a little over the years, because everyone is now in the water.”

In the 1970s, every employee was entitled to their half-bottle at every meal.

The unions had thus negotiated it, the labor code has since prohibited alcohol on the sets.

But the sweet contraband exists and the good mood persists:

"I remember the smile of Daniel Auteuil or Guillaume Depardieu at mealtimes," adds the filmmaker.

"A good canteen is a happy actor."

The very definition of a "good canteen", however, has evolved as changes have taken place in society.

With a few exceptions – like Gérard Depardieu and Benoît Poelvoorde, who were fed blood sausage and pig's trotters on the set of

–, the endless meat and charcuterie feasts dear to Claude Chabrol, Jean Gabin or Jean-Paul Belmondo belong to the past and to the mythical memories of the history of cinema.

Just like the image of the iconic Sophia Loren cooking pasta (“the secret of my figure”, she said) for her filming partners.

Today, the pace of work has accelerated and the time is no longer for dantesque feasts.

Recently encouraged by the action plan of the National Center of Cinematography, which will soon condition certain aids to the respect of virtuous obligations in terms of the environment, the cinema has gone green.

And it is on the plate that the revolution is most visible.

“It used to be that without animal protein on the menu, teams thought they would fall out of

starvation: it was revolt”, laughs Mathieu Delahousse, co-founder of Secoya Eco-Tournage, which accompanies productions towards a responsible approach.

“But today we prefer butter vegetables, Ottolenghi to Etchebest.”

Considered for a long time as an undernourishment, the vegetarian develops, like the organic and the short circuit, which respond both to new eating habits but also to the convictions of certain talents, like Audrey Dana.

Directed by the director in

Men on the Verge of a Nervous Breakdown

(released May 25), François-Xavier Demaison says: "As Audrey is an activist and very much in tune with the subject of her eco-friendly film, we ate cereals, seasonal fruits and vegetables, artisan bread, meat once a week.

Chocolate bars, sodas and all the products of agri-food groups did not enter the set.

With Ramzy, we had set up a parallel import system: bulgur has its limits.

But we played the game anyway… most of the time.”

Unlike the comedian, some do not hesitate to share their dissatisfaction with the production when the menu does not suit them.

"If there are complaints, the canteen does not stay," according to production manager Philippe Gautier.

"The boomerang effect is too violent: it tarnishes relations with the production and the director."

At the head of the Flexibility and Good Humor filming canteen from 1994 to 1999, before his acting career was launched, the Belgian Bouli Lanners remembers: "It was the most difficult job I have ever had. in this place.

Not only can the cantiniers act as a punching bag in the event of generalized stress, but they work in extreme conditions.

Dependent on the weather and a random shooting schedule,

"Everyone has an opinion on cooking, on how to do it," continues the Liège actor.

"It's gratifying to be asked where the products come from or to be congratulated, but hearing day after day 'my mother used to do it better' is exhausting."

Also, Martin Scorsese had found the parade: not content to have inspired a famous scene of the

with her tomato sauce with meat, Catherine, her mamma, also fed a small table of actors and members of the production on her shoots.

But entertaining 50 to 70 people with very different sensitivities is another story.

Because this is the very principle of catering: the menu is the same for everyone, from the machino to the headliner.

“The cinema is very hierarchical, but the canteen is the only truly democratic place,” explains Pierre Salvadori.

"Whether you're an actor or a trainee, you're in the same boat."

With one nuance: the actors can decide to have lunch in their dressing room to work, concentrate or rest.

"I was told that Marion Cotillard did not eat in the canteen, that she preferred to work in her dressing room", says Antony Cointre,

“But after testing my cooking, it always came back, even on other films.

A little pride that compensates for the small frictions that there can also be in our profession.

Because of the legendary whims of stars?

The common thing is the actor or actress who, because he has bare scenes, wants to keep the line and asks us for tomato-mozzarella or a ratatouille in the middle of nowhere, in the month of January. »

Mathieu Delahousse, who was stage manager before working at Secoya, has only one completely crazy request in mind: furious at not having had his snack at Les Caprices des Dieux, a French director had his filming stopped until until his desire is satisfied.

"But the talent that would call for a meal-mayo at three o'clock in the morning in the Périgord, I have never known."

Maybe on the American side then?

"They are sometimes annoyed at the idea of ​​sitting down, taking the time,

especially when they fell behind schedule,” says Pierre Deleau.

by David Fincher, or Keanu Reeves on the set of

"He offered us a little glass of friendship and complimented us on our kitchen, which we want to be modern, neat, well-dressed."

In Hollywood, there is little chance of finding this requirement on set: money is master of time there and

seem much more profitable and efficient than our extended lunches.

by Alfred Hitchcock (1955) In one of the scenes, Cary Grant tastes a quiche Lorraine, a guilty pleasure of its director, whose favorite recipe has been shared in many cookbooks.

by Marco Ferreri (1973) Friends decide to eat until death: a cult satire of consumerism and the bourgeoisie, carried by Marcello Mastroianni, Michel Piccoli and Philippe Noiret.

by Gabriel Axel (1987) The kitchen becomes the object of temptation for a community with rigorous morals.

A three-star meal, crowned with the Oscar for Foreign Film in 1988.

by Philippe Muyl (1993) Adapted from the play by Jean-Pierre Bacri and Agnès Jaoui, this comedy revolves around a restaurant kitchen that has become the characters' outlet.

by Brad Bird (2007) One of cinema's finest tributes to our gastronomy.

The food critic's final declaration of love for the four-legged chef's ratatouille is a marvel.

by Naomi Kawase (2016) In this tender and poetic fable, dorayakis, traditional Japanese pastries, become vectors of transmission and sources of friendship between two generations.

And this, even if the Covid has somewhat changed the situation in France: on large productions, it is sometimes advisable for certain actors to feast in their dressing room to limit the risks of seeing filming stop suddenly.

A small regret for the cantiniers who then lose one of the privileges of their work: meeting their idols.

“It's such an honor to cook for talents you admire.

I am thinking of Catherine Deneuve, Bill Murray, on the set of

in Angoulême, or Pio Marmaï and Romain Duris who, even if they ate in their dressing room during the shooting of The

, regularly came to greet us with a nice little word for the work accomplished”, says Catherine Paprocki, head of Cather'ing.

"The canteen allows you to see the true face of people: at the table as in life, the bigger the stars, the less they report it."

Bouli Lanners goes even further in his reasoning: “You really know someone when you see him interacting with the people who cook and serve him.

This allowed me to sort out, to identify those with whom I wanted to work or not as an actor and director.

This is perhaps the secret of a successful film.

"A good canteen is a happy actor": behind the scenes of filming kitchens

Who stole Yael Bar Zohar's bag in the photos of "Dancing with the Stars"? | Israel today

Watch: What happens when you ask 4 well-known chefs to produce a perfect combination of food and wine? - Walla! Binyamina Winery 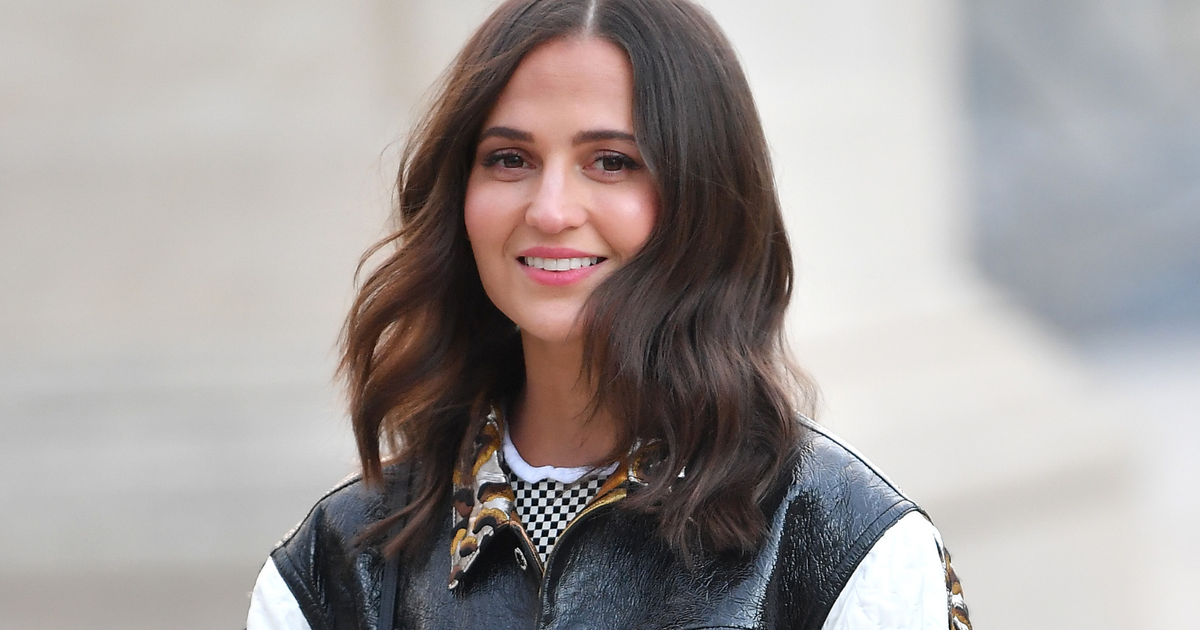 “I should have been taken care of”: Alicia Vikander reveals that she did not feel “protected” during the filming of sex scenes 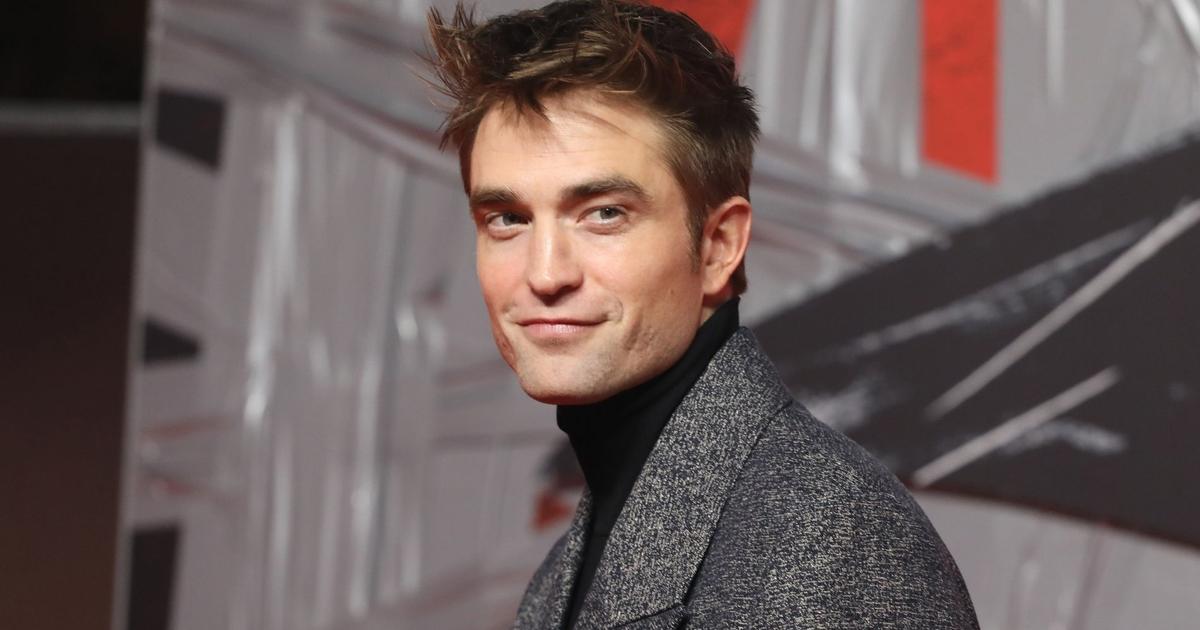 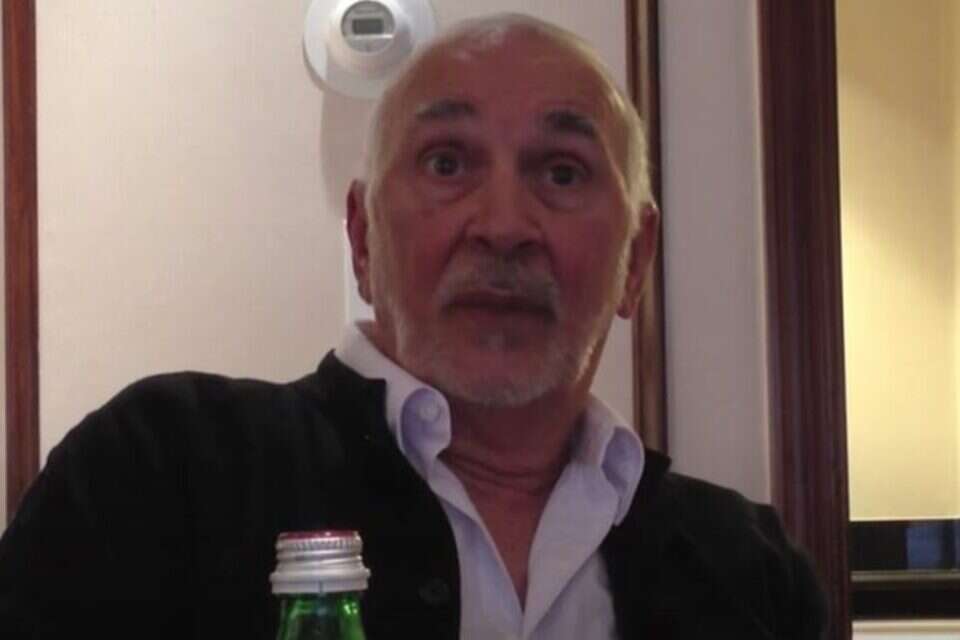 Behind the Scenes of "Euphoria": Everything You Need to Know | Israel today