Joke on the edge of an audience: Pope Francis wants tequila as a painkiller

Because of chronic knee problems, Pope Francis is currently in a wheelchair to protect the joint. On the fringes of an audience, he joked about an alternative pain therapy. 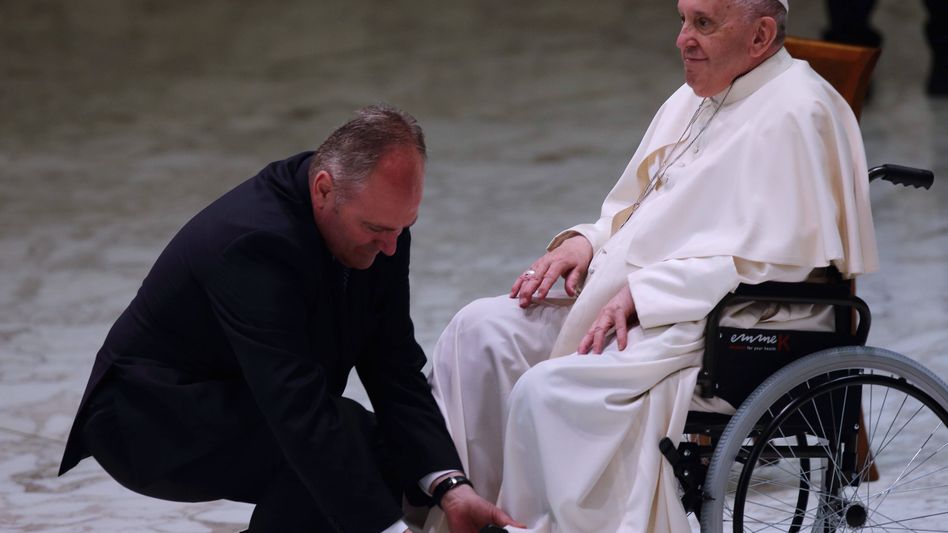 Pope Francis jokingly wished for a small glass of tequila as a painkiller for his knee problems.

'Do you know what I need for my leg?

A little tequila!” said Francis on the sidelines of a papal audience from his popemobile in conversation with a group of Mexican priests.

In a video that was posted on the online network Tiktok on Monday and spread there very quickly, the head of the church can be seen in the joking exchange in St. Peter's Square in the Vatican.

Francis had greeted the group of newly ordained priests, one of the ministers had asked him about his knee.

It was "very moody" because of that, Francis replied with a smile and then expressed his joking desire for tequila.

The Argentine Francis had already cracked a joke about tequila in 2016.

Shortly before a trip to Mexico, an enthusiastic priest called out to him: "We are waiting for you!" The pope replied with a grin: "With or without tequila?"

The pope recently had to cancel several audiences and other appointments because of a ligament injury in his right knee and chronic arthritis.

In an interview with the Italian newspaper Corriere della Sera, he said that he had to undergo treatment with injections.

Doctors advised him to put as little stress on the joint as possible and use a wheelchair.

Since the beginning of May he has also been taking appointments in public in a wheelchair and allows himself to be pushed.

Controversial statements on the political situation

He recently caused irritation with statements on the current political situation in which he relativized Russia's guilt for the war of aggression in Ukraine.

In an interview with the Italian newspaper Corriere della Sera, he said that NATO's "barking" at Russia's door could have led to Vladimir Putin's invasion of Ukraine.

While he would not go so far as to say that the NATO presence in neighboring countries "provoked" Moscow, it "maybe facilitated" the invasion.

Francis also condemned the "brutality" of the war, comparing it to the civil war in Rwanda in the 1990s that led to genocide against the Tutsi minority.

Joke on the edge of an audience: Pope Francis wants tequila as a painkiller 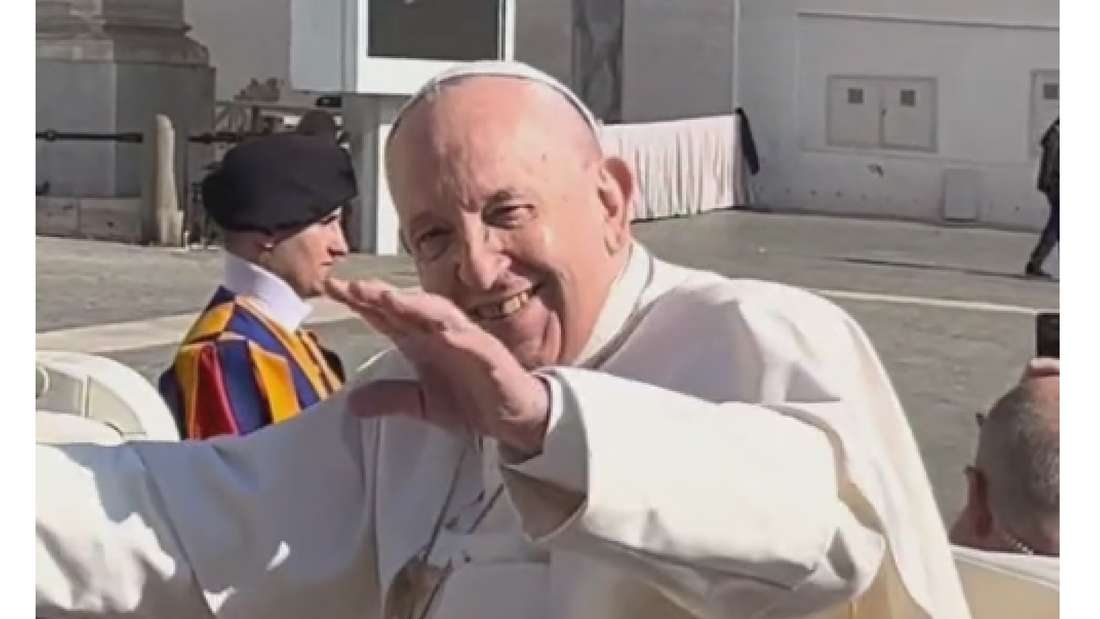 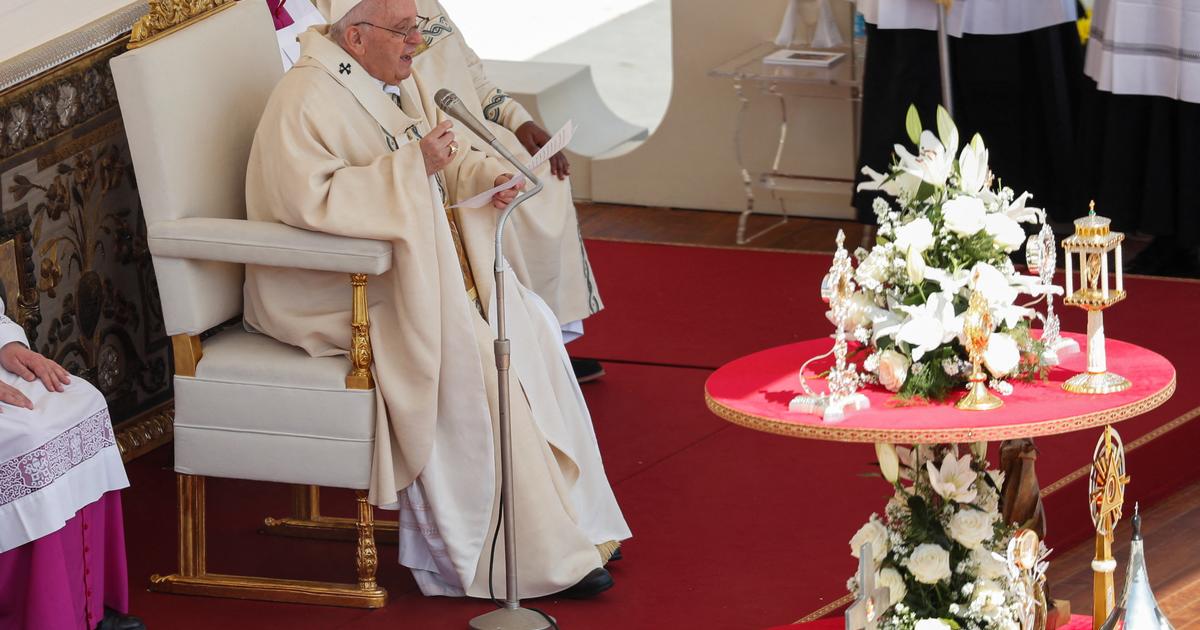 Pope, with knee pain, asks Mexicans for “a little tequila” 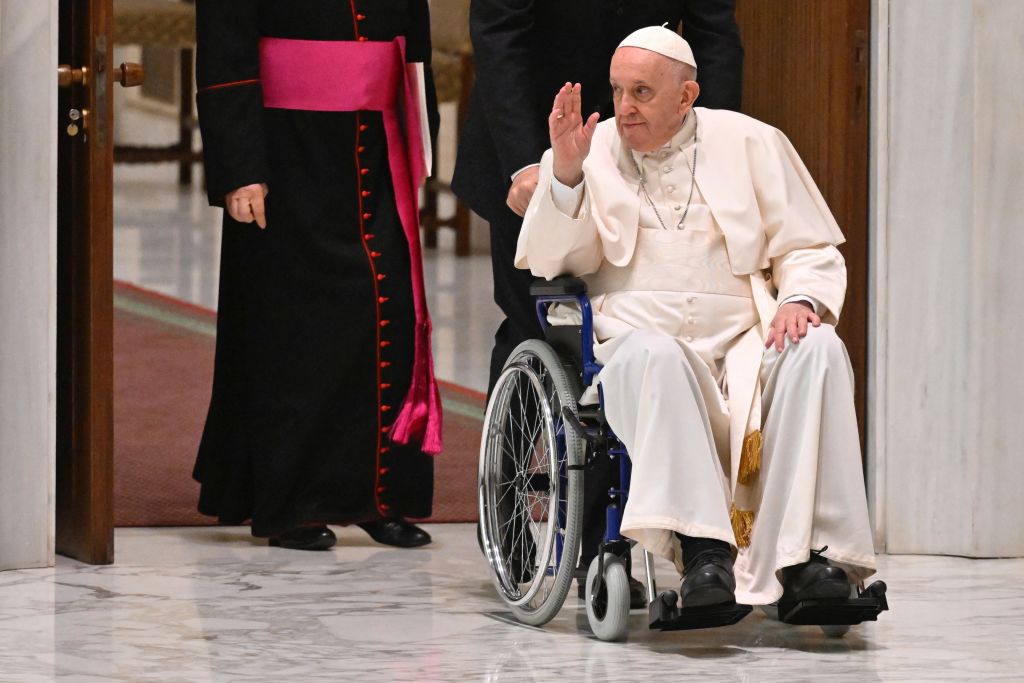 Pope Francis will not celebrate Mass on Tuesday due to knee pain, Vatican says

Pope: as a Church we need to return to the essential

Pope: today wickedness is in every state, perhaps even in the Vatican

Pope: politics thinks about life limits, not about old dignities