After an edition under health restrictions in 2021, back to normal for the Cannes Film Festival. The general delegate comments on eleven key words inseparable from the 75th anniversary of the event. 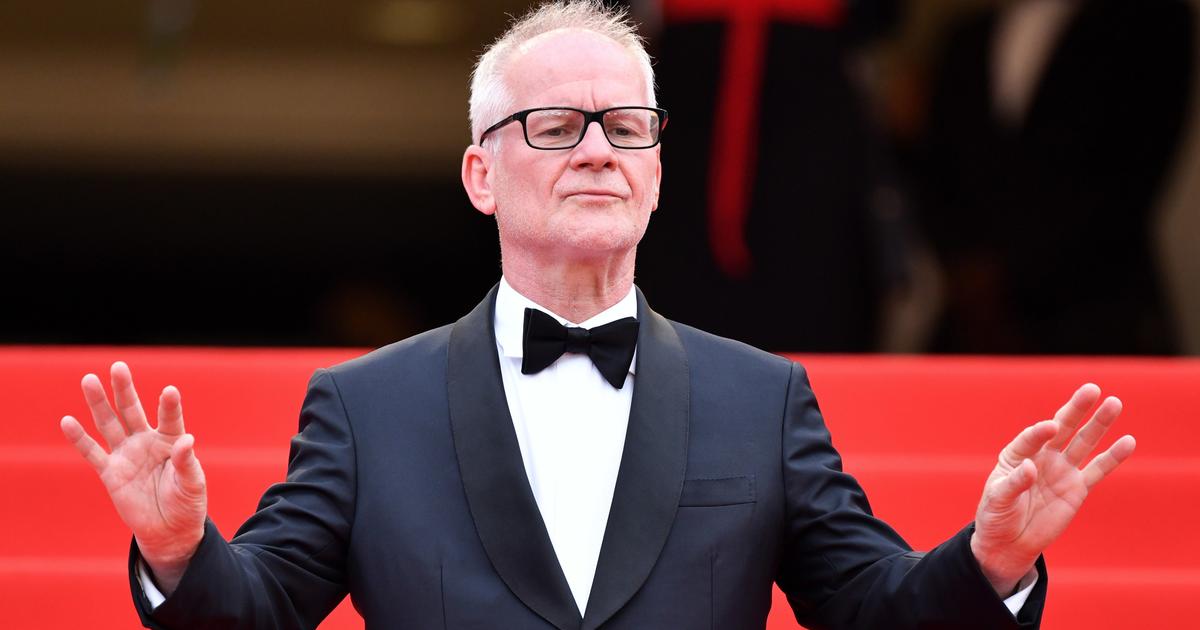 Tom Cruise, Kore Eda, Kristen Stewart, the Dardennes, Marion Cotillard, Tom Hanks… For its 75th anniversary, the Cannes Film Festival lives up to its reputation and its history: from May 17 to 28, it will welcome the greatest names of world cinema on the steps and at the Grand Théâtre Lumière.

In addition to the feature films that will compete for the Palme d'or, won by Julia Ducournau in 2021, the most anticipated French and American productions of the coming months will be presented in the other sections of the official selection (out of competition, Cannes Première, Screenings Specials):

by Nicolas Bedos, the biopic

on the King, by Baz Luhrmann,

, Chronicle of a temporary affair,

the documentary co-directed by Houda Benyamina on the former rapper Diam's, or

The actress was also chosen by the Festival to present the opening and closing ceremonies, broadcast for the first time live on France Télévisions.

"She is a wonderful actress and a leading woman who has the modesty to put her status and her aura at the service of this ceremony", comments the general delegate Thierry Frémaux, who, a few days before the start of the festivities, evokes the 2022 edition and remembers its greatest moments on the Croisette.

In video, the selection of the 75th Cannes Film Festival

“I'm reluctant to celebrate my own birthday, never having understood the relevance of self-celebrating.

On the other hand, I like to celebrate that of others.

I was in Cannes, a simple festival-goer, when the Festival celebrated its 50th anniversary: ​​a magnificent evening that I had fantasized about.

For this celebration, we want to look to the future, even if this anniversary reminds us that Cannes was born twice: in 1939, to become the “Freedom Festival”, when Venice gave in to fascism and Nazism (the event was cancelled).

Then, in 1946, when, in the dreams of post-war reconstruction, it was thought that culture and cinema would have a role to play.

These two births remain the foundations of the identity of the Festival.

“Twenty-one films will compete this year.

I have obviously seen them all and yet it is impossible for me to guess in advance to whom the jury might direct its choice.

Eight members, a president, discussions, debates… anything can happen and anything must happen.

The day before or the day after, they might have made different choices.

If we look at all the winners, and if we except the great injustice done to Pedro Almodóvar, Clint Eastwood or Andreï Tarkovski, who never obtained it, the list of Palmes d'Or is exemplary and representative. of what cinema was like in the 20th and at the start of the 21st century.

“In the old Palace, there were no steps that we know today.

In the “new Palace” (the expression is still used even though it is almost 40 years old!), there is this exterior staircase that has become legendary.

It was Yves Mourousi, already the author of the idea of ​​bringing the Tour de France to the Champs-Élysées, who had the idea for the red carpet.

Today, it remains as it is, and the Festival will never have given up on the strength of the ritual – there has to be a little of it left.

The ban on selfies five years ago was one of the most controversial and innovative decisions.

The institution does not submit to passing fashions.

A red carpet, it is lived, it is felt.

I remember my first time like it was yesterday: a mixture of fear and pleasure.

“Let it be said: the Cannes Film Festival is first and foremost a meeting place for film lovers.

We discover there a large part of the films which will be considered later as the best of the year.

We come to Cannes to see what we don't see elsewhere, to find fervor, respect, madness.

So as not to lose the meaning of things too: in 2022, there is war in Ukraine, in Yemen, in Darfur, there are beings who are suffering everywhere.

It is not a paradox to say that the filmmakers also invite us to reflect on all this, and that the Cannes Film Festival will take place “normally” without ever forgetting that the Ukrainians are fighting for their freedom.

“In 2017, the Cannes Film Festival was the first to invite platforms into its competition.

Their existence is one of the most profound upheavals in the moving image industry for a long time: it had to be taken note of.

The platforms produce what Hollywood no longer wants to do.

Just take a look at the diary of the great directors.

Unfortunately, platform films, Netflix for example, are not released in theaters.

Which stars will walk the Cannes Film Festival 2022 red carpet?

However, the Cannes competition can only accommodate films that are released in cinemas in France.

But the situation is changing, we should find a solution.

With Pierre Lescure, as with Iris Knobloch, who will succeed him in July, our role is to think about the future of the Cannes Film Festival.

But with the Top Gun films

, for example, with the opening film by Michel Hazanavicius, which comes out on the day of its presentation, we do hope that Cannes will help boost cinema attendance.

“I am a cinephile: all those who work for the glory of cinema are my idols.

But I am not a blissful idolater.

Afterwards, for certain great artists that we welcome, my legs tremble more.

And as I don't want to make a distinction by quoting names and forgetting others, I would only mention the visit of Diego Maradona (twice!) who particularly moved me, like that of U2 that we welcomed for the 60th anniversary.

Where the Streets Have No Name

on the Croisette was awe-inspiring."

“For me, 'Cannes women' means 'Cannes directors', because the issue of better representation is fundamental.

And it is evolving favorably: symbolically testifying to this the Palme d'or awarded in 2021 to Julia Ducournau for

But the debate is not without pitfalls, nor ideological shortcuts that skew its content.

Nor without tactical behavior that ignores the truth: I still haven't understood why so little emphasis has been placed on the fact that ALL the first prizes at Cannes 2021 (feature films, short films, Camera d'or, documentaries , etc.) were won by female directors.

All the same, it is a memorable fact.

Instead, we heard ourselves say: “The Festival does not go far enough”.

We must of course persist in this direction, but remember that the Festival is not the cause but the consequence: the cinema is made upstream of it.

In 2022, we received 23% of films directed by women submitted for selection and this figure is reflected in the final official selection.

Fifteen years ago, it was 10%: the progress is obvious.

Making selections that reach 50% in 2022 will mean that we establish quotas without saying so.

However, positive discrimination is not included in our regulations.

Until then, we had never seen in history a festival rejecting a film because it is directed by a woman, but we should not see men deprived of selection simply… because they are men. »

“Hollywood is almost the co-founder of the Cannes Film Festival and it is sometimes a little strange to read in the press: “Hollywood is back in Cannes”.

The studios have never left Cannes: Paramount, Universal and Warner are coming this year, Sony Columbia and Disney not long ago.

I was struck, after the Oscars, by this message received many times, sent by American professionals: “Fortunately, Cannes remains.”

In their eyes, the fact that Cannes has only cinema as its agenda and does not compromise with political correctness is a treasure to be cherished.

We think so too.”

"Cannes is a way of inviting those who make cinema in our time: Valeria Golino, Rossy de Palma or Yousry Nasrallah this year, respectively at the head of the juries of Un Certain Regard, the Caméra d'or and Court Footage.

Or Vincent Lindon, the president of the competition jury, a great actor and a man of conviction accompanied by a young, unexpected jury.

It will take courage to fulfill this difficult role in these troubled times of Russia's war of aggression in Ukraine.”

“The first is Moulin Rouge, in 2001, with Nicole Kidman and Baz Luhrmann.

The last, this incredible closing ceremony of Cannes 2021 with the Palme d'or awarded to Julia Ducournau, Spike Lee who improvises and drops the name too soon and Doria Tillier who saves him before the gong.

That said, to do justice to Spike Lee, who was a magnificent jury president, he was not mistaken: he simply believed that the order had changed and that he had to start with the Palme d'Or.

Cannes in the future

Its future is also that of cinema.

And this future will be radiant if we keep intact the convictions which are ours, the collective and universal spirit which makes them their strength and this humanity, this fraternity, which reign between artists, professionals and the public. 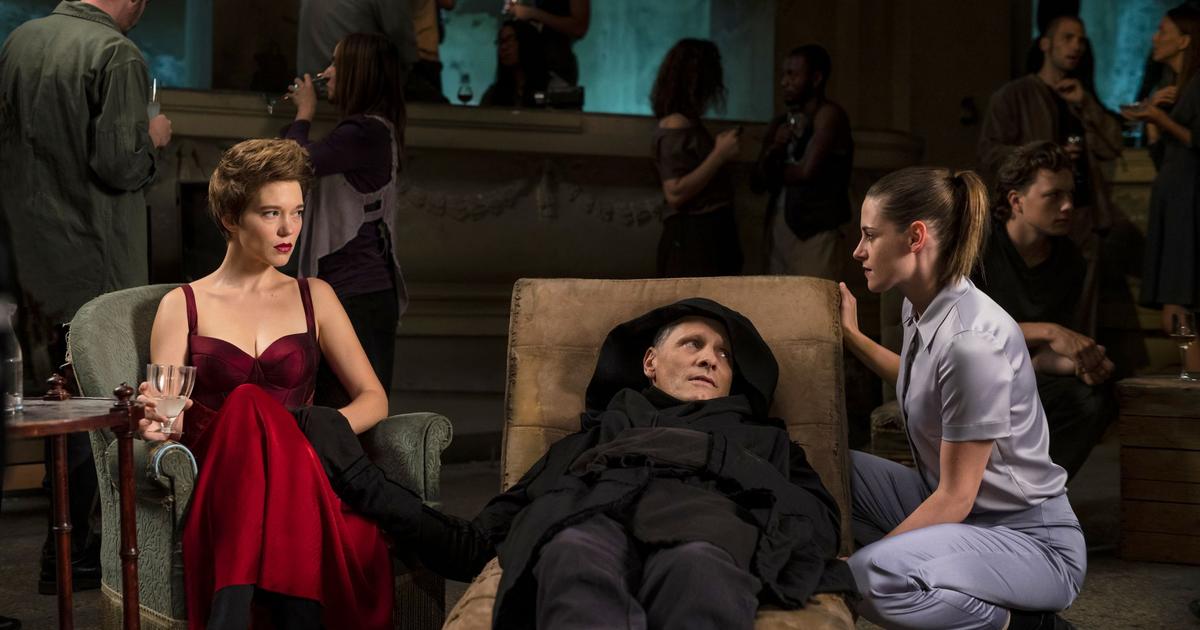 Cannes, a festival from before 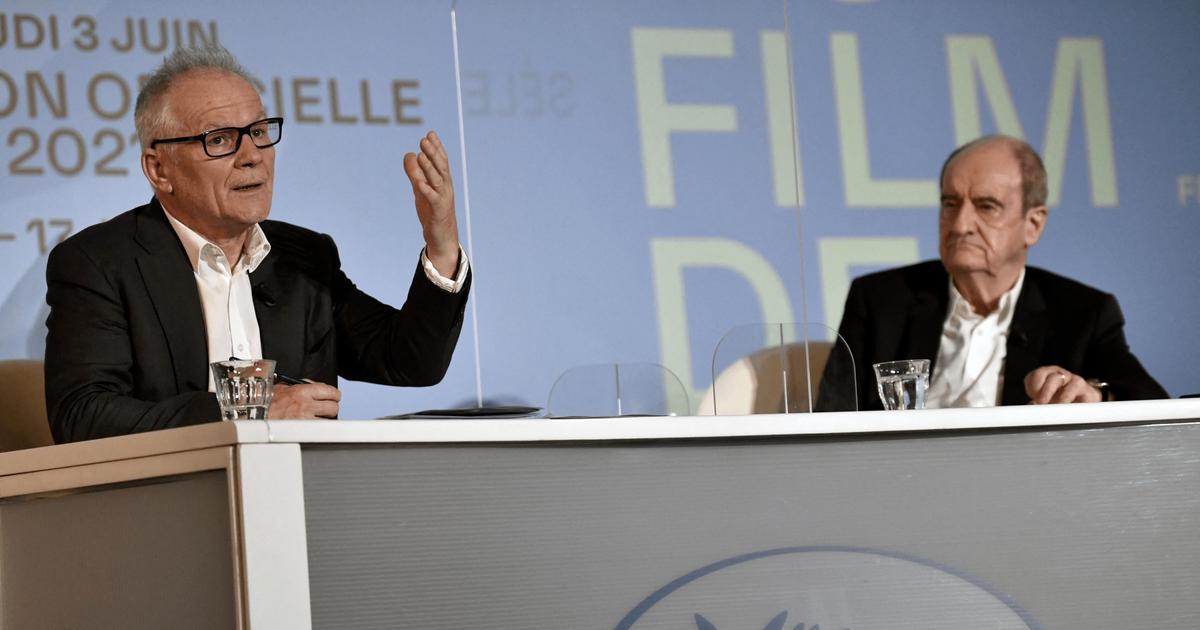 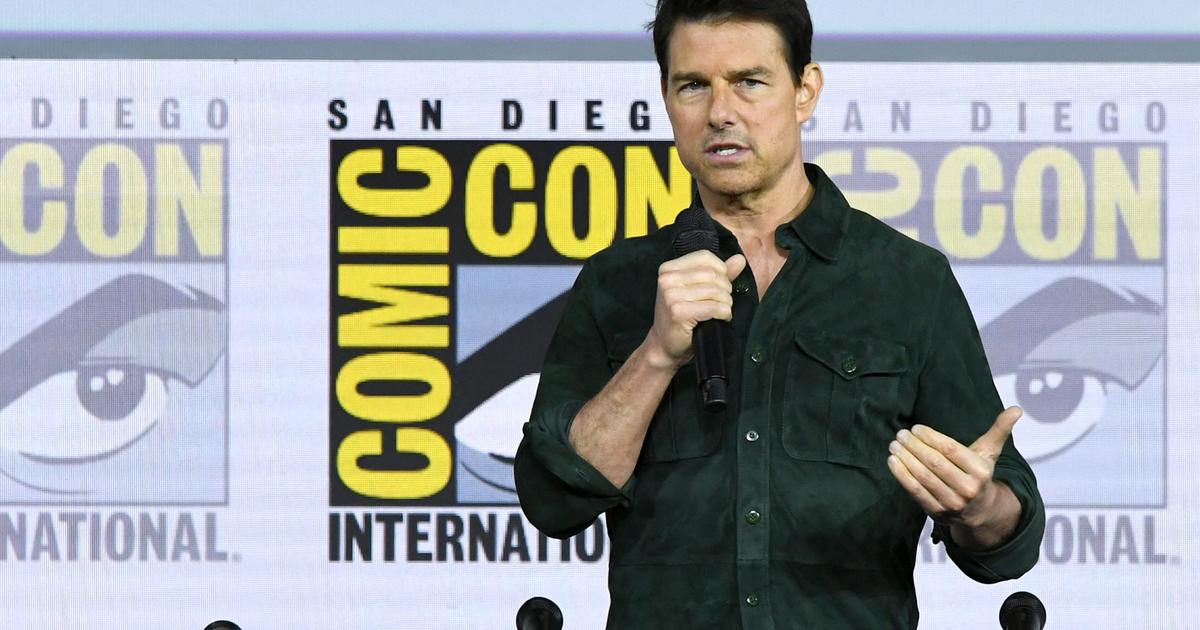 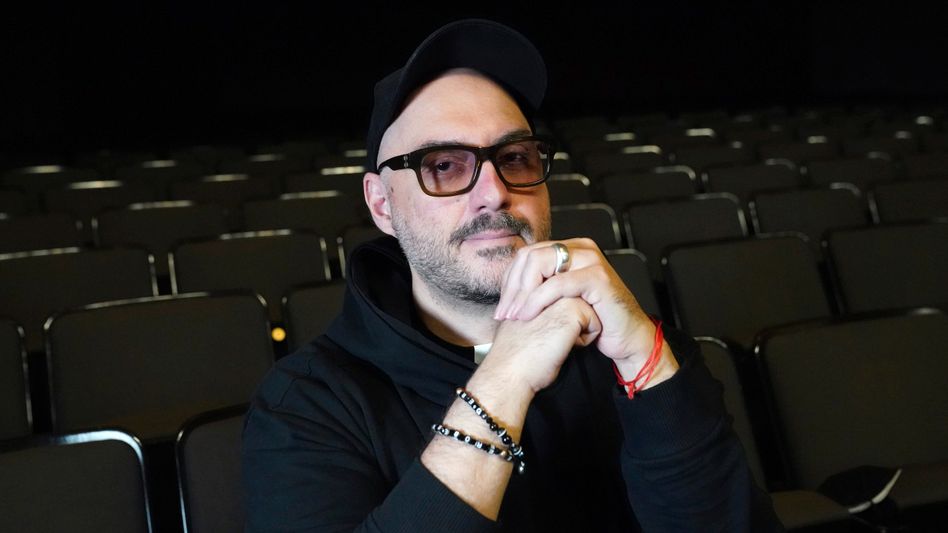 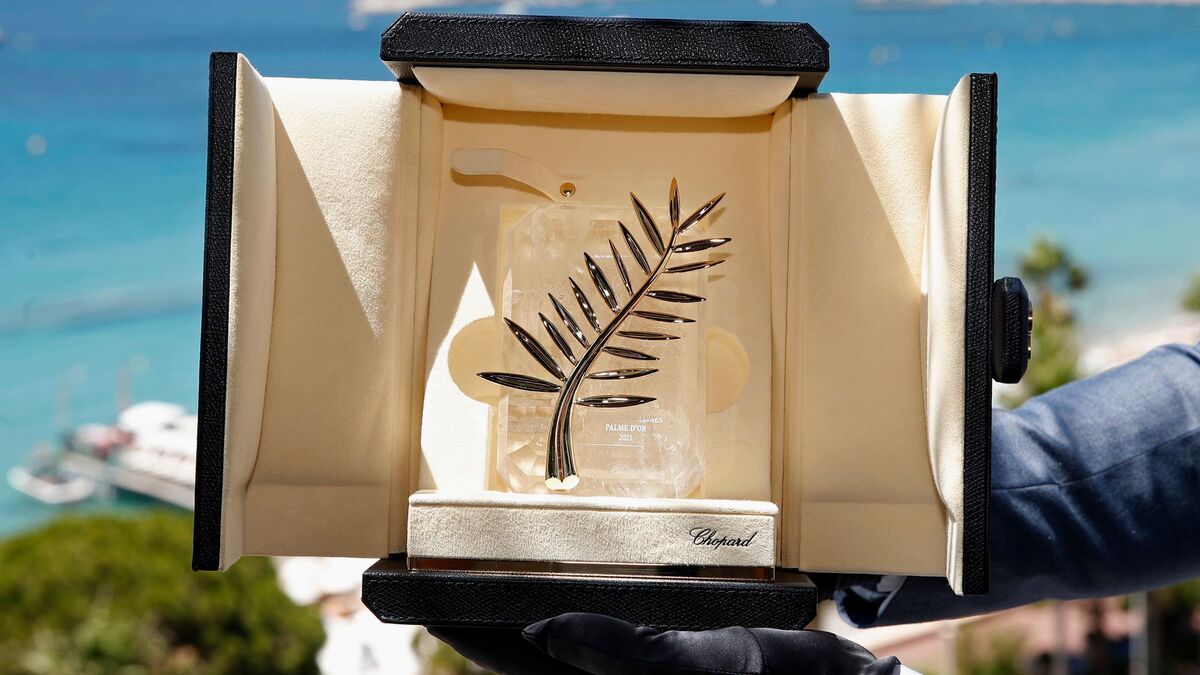 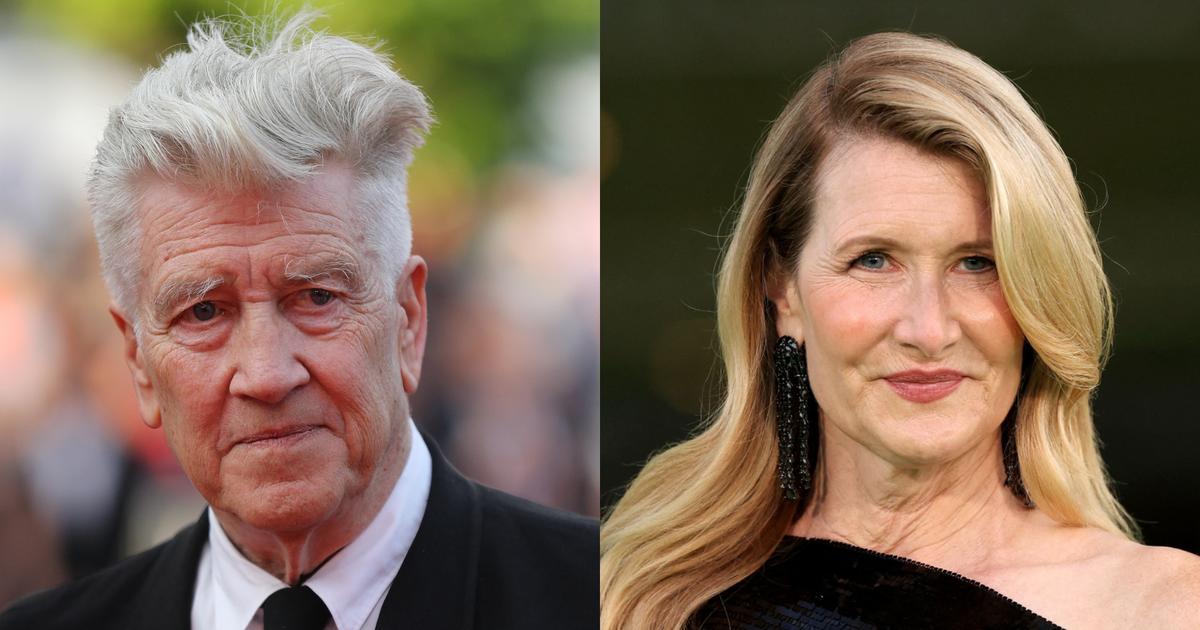 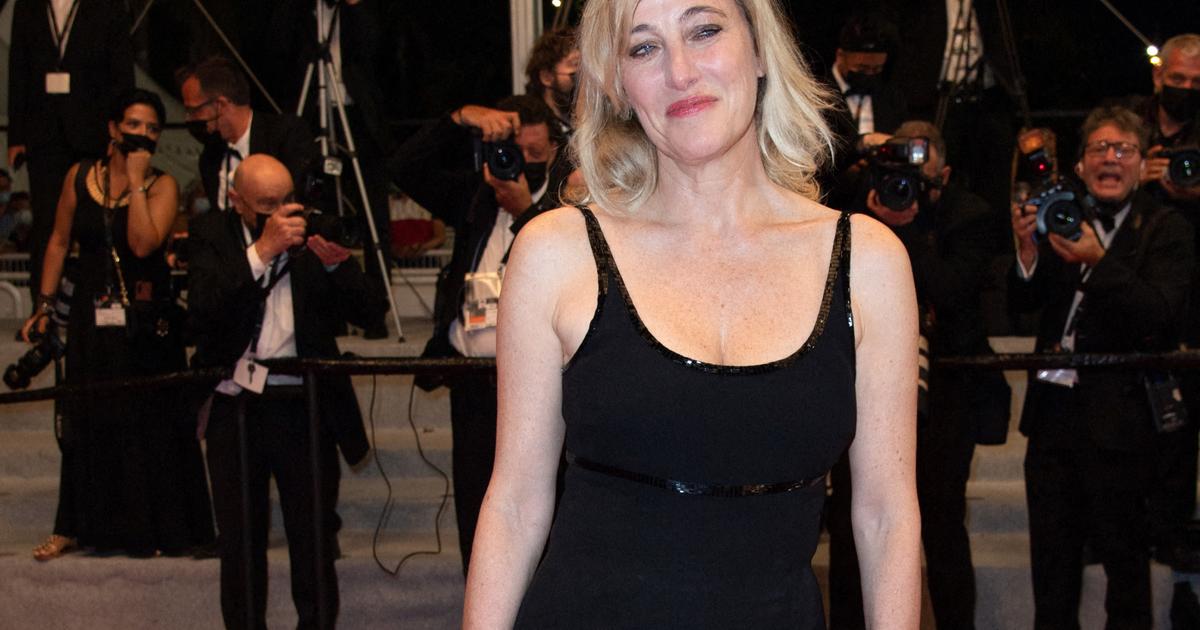 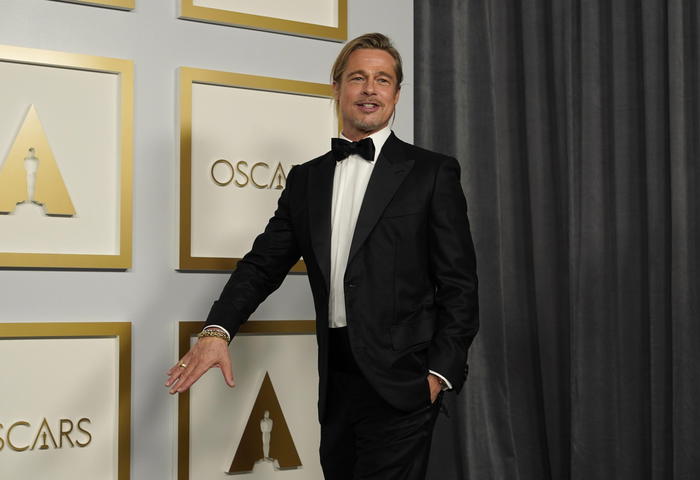 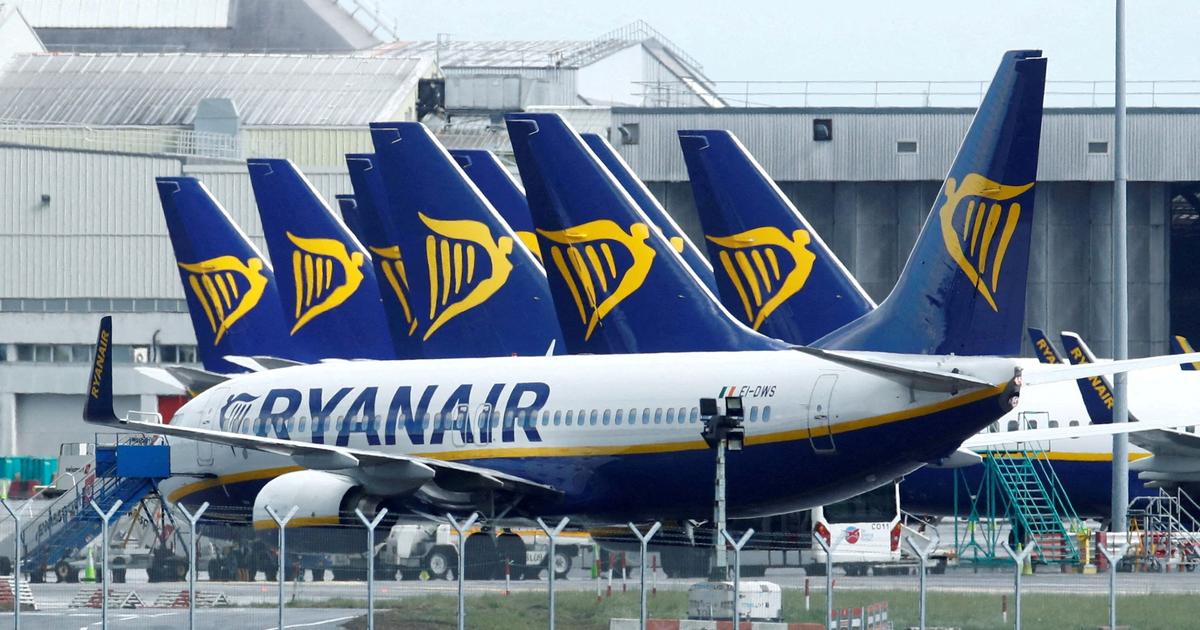 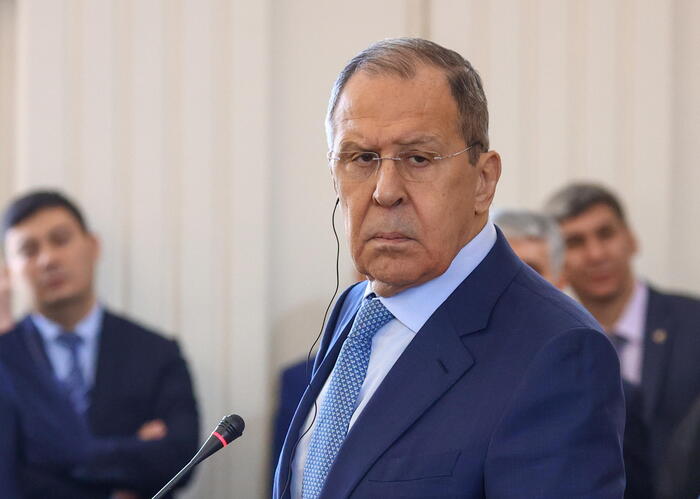