Quentin Tarantino visited the digital fair OMR in Hamburg. He didn't want to join in the jubilation about the brave new world, on the contrary. His stubborn appearance became a funeral service for film art.

Please explain.” Quentin Tarantino at his performance in Hamburg.

First of all: No, which film will be his tenth and last, Quentin Tarantino did not reveal during a performance on Wednesday in Hamburg.

Because he doesn't know himself, as he assured quite credibly.

Times in the entertainment business, they're not ones that make Tarantino feel inspired.

He left the impression that if it were up to him, he could already stop making films, watch his son grow up and write a book now and then.

The digital push that is currently changing Hollywood's business model is not Tarantino's thing.

That's no surprise statement for the Pulp Fiction director.

He was never secretive about his opinion on streaming services.

But he has seldom spoken publicly about Netflix and Co. as clearly as in Hamburg, and that makes him a wonderfully bad-tempered guest for an event that actually wants to celebrate digitization frenetically.

Even the name that the fair gives itself sounds like rejoicing at its own horniness: it calls itself OMR, online marketing rock stars.

Everything here revolves around digital business.

In courses called »master classes«, you learn »advanced analytics for online shops« or: »How you get everyone talking about your brand and your SEO rocks it!«.

First of all, the suddenly rising daytime temperature rocks the visitors, young people sweat in the sun and 27 degrees in the inner courtyard of the fair between food trucks and Red Bull sales stands.

A live drummer drums infernally loud against a DJ's beats.

It's stuffy inside, but almost nobody wears a mask.

Maybe that contributes to the excited mood: finally crowds, parties, other people again.

The fair oscillates between a pop event and a training course, with the event character clearly predominating.

The stage with three huge screens has dimensions that Pink Floyd didn't even dare to dream of in the seventies;

when music is playing, the bass booms right in your stomach.

Most of the time, however, there is talk, because here more or less well-known personalities come and go and report on their business, intended to inspire and explain, to set an example.

Like journalist and activist Rutger Bregman, who became something of a star when he freaked out Fox News southpaw Tucker Carlson during an interview.

Bregman brings the reassuring news to the OMR: Humans aren't as bad as people claim, the species actually want to cooperate and support each other.

That's definitely good for business too.

"Does this product make people happy?"

In general, good business and good deeds can no longer be separated from one another.

At least that's what Ashton Kutcher thinks, next to Tarantino the second specialist in the US entertainment industry to appear at the OMR.

Kutcher may not be quite as fresh as an actor, but apparently he's on the ball as an investor.

The question he asks himself before investing in a company: "Will this product make people happy?".

And it has to be sustainable, of course.

Like the plastic cups from a German start-up, which are said to simply dissolve in the dishwasher without leaving any residue.

Saving the world through consumption, wonderful.

Judging by the cheers and the amount of cellphones held in the air, Kutcher was the clear winner of the day in terms of audience favoritism.

After that, the enthusiasm curve flattens out, despite the fact that the names are still big.

But perhaps there is too much self-marketing involved, even for the marketing people.

Rapper Xatar is promoting his new hip-hop label, his bbq franchise (which appears to be in trouble, he ominously suggests) and Fatih Akin's new film about his life.

Shirin David is supposed to talk about images of women, but then it's more about the perfume that she released with a large chain.

The highlight of the program actually, but as I said: Kutcher's victory with the audience could no longer be denied.

And Tarantino clearly has no desire to curry favor.

Interviewer Steven Gätjen asked him whether he saw himself as a brand and how he cultivated it, and Tarantino unpacked his bad mood.

Wonderfully refreshing after all that inspirational buzz.

What exactly is that supposed to mean, he asks Gätjen back.

How should he be a brand?

Well, Gätjen tries to explain the original screenplays and such, these films that everyone knows.

Tarantino dryly: "According to this definition, Mark Twain and Charles Dickens are also brands." In any case, he is not, but a film director and author.

So much for that.

After that, the conversation gets a little lost in mostly familiar anecdotes about the screenplay for Pulp Fiction and his very first film, which he made while still working at a video store ("was really bad").

But after 20 minutes, Tarantino is wide awake again, it's now about streaming and the consequences for the cinema.

The consequences for his work.

And with it the question of whether his last film, which triggered so much speculation, will still exist at all.

Then Tarantino throws a verbal slap in the neck

At the moment nobody knows how the cinema will continue, says Tarantino.

It will be a few more years before that becomes clear.

But he already knows one thing: »If the industry to which I belong should then have drastically turned away from the model of exploiting films in the cinema, then I will no longer be interested.

It's not my job to make television.«

Of course, the creative freedom with streaming services like Netflix is ​​greater because the success of a film is not measured solely by the box office results of the first weekend.

The tyranny of the box office doesn't matter there.

Then Tarantino verbally smacks his neck: “But none of these films mean anything.

I'm not saying they're bad.

Whether you follow him or not, there is someone sitting on the stage who mourns the loss of cinema as the world knew it, who can hardly hide his pain at the feared demise of this art form.

A moving moment in an environment that revels in digitization dreams and promises for the future.

And then Tarantino also says that he doesn't own a smartphone.

The leader of the fair, who is sitting next to him, almost falls off his chair.

The rows of seats are already clearing while Tarantino is still speaking. 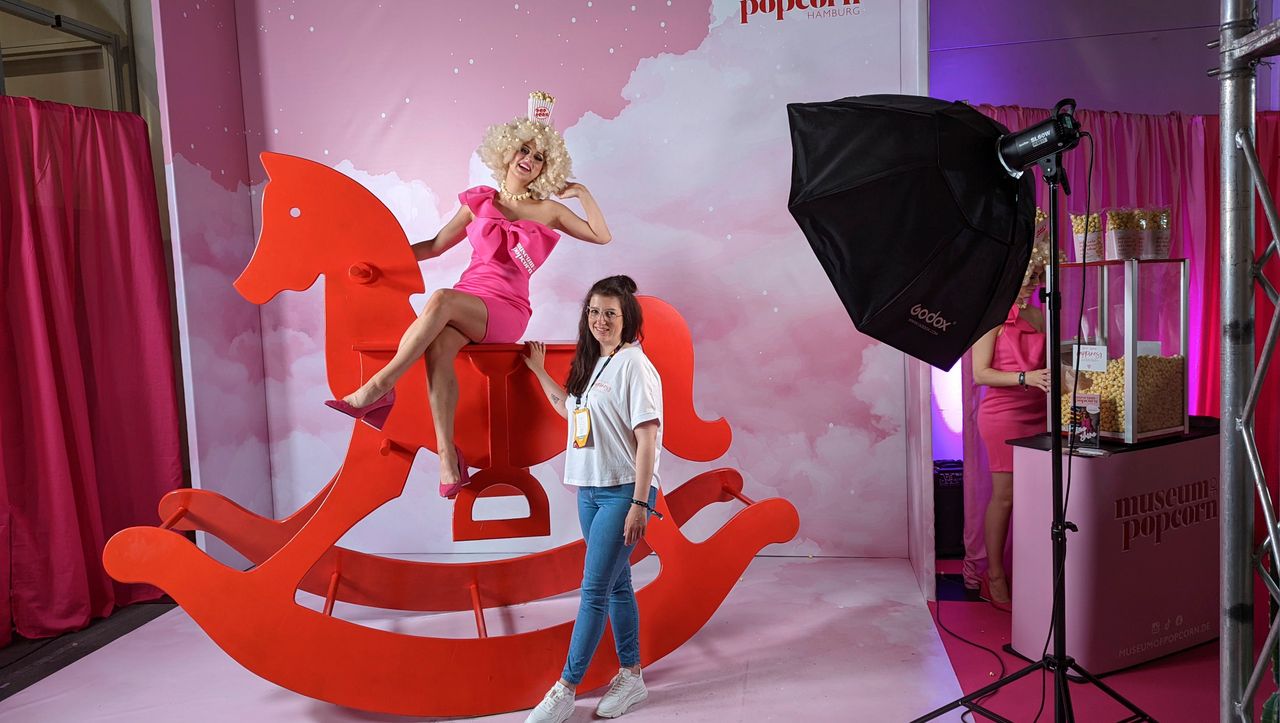 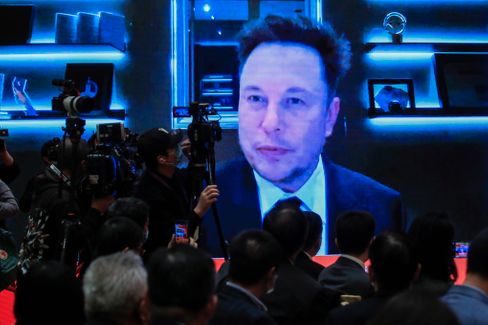 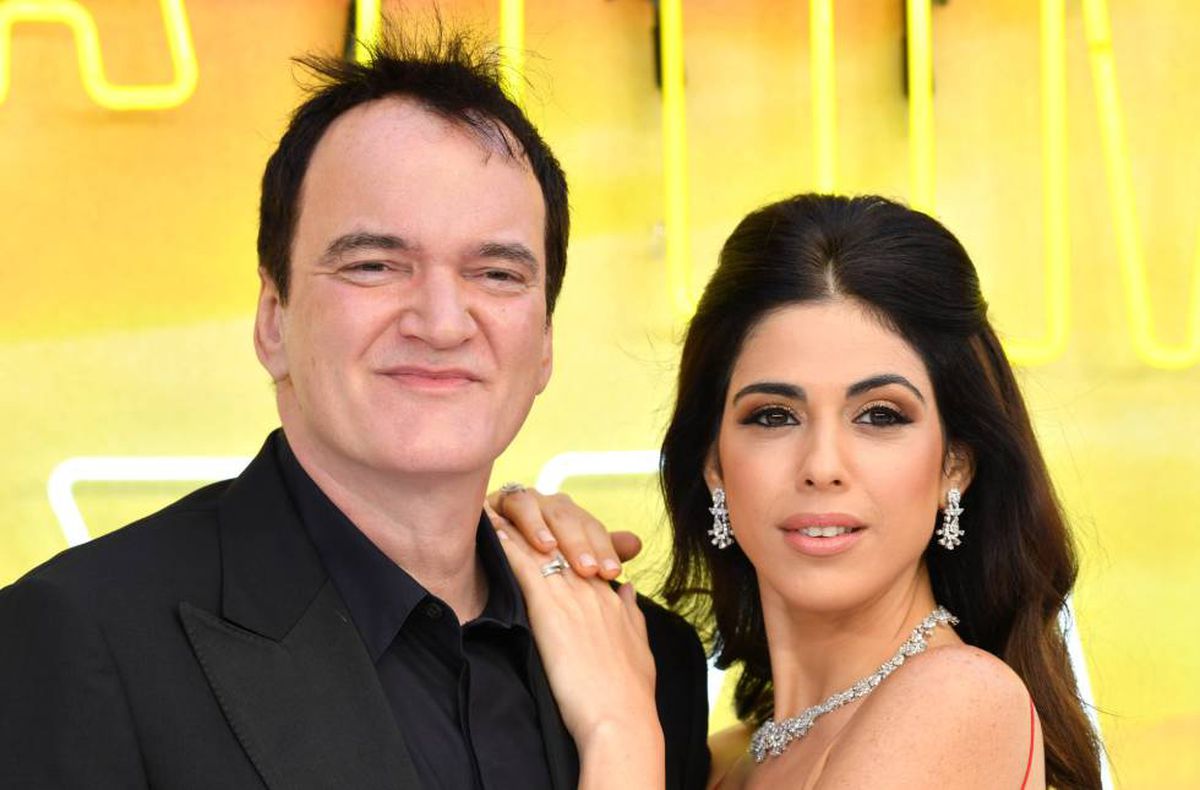 Quentin Tarantino and Daniella Pick are expecting their second child

From "Saleh Shabati" to "Release My Edge" - 74 questions about Israeli cinema - Walla! culture 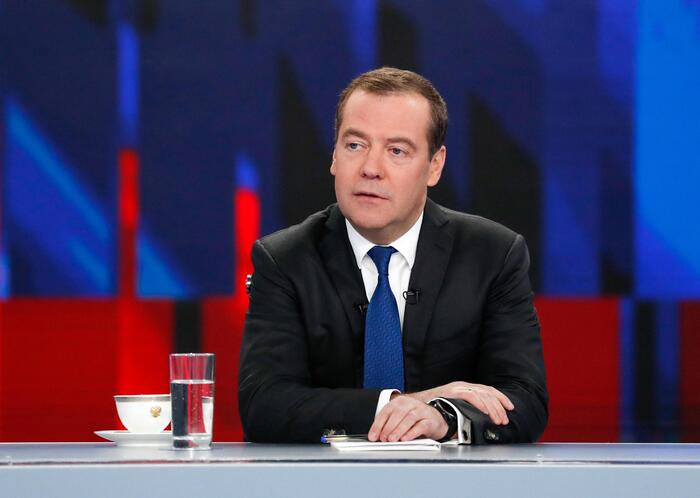 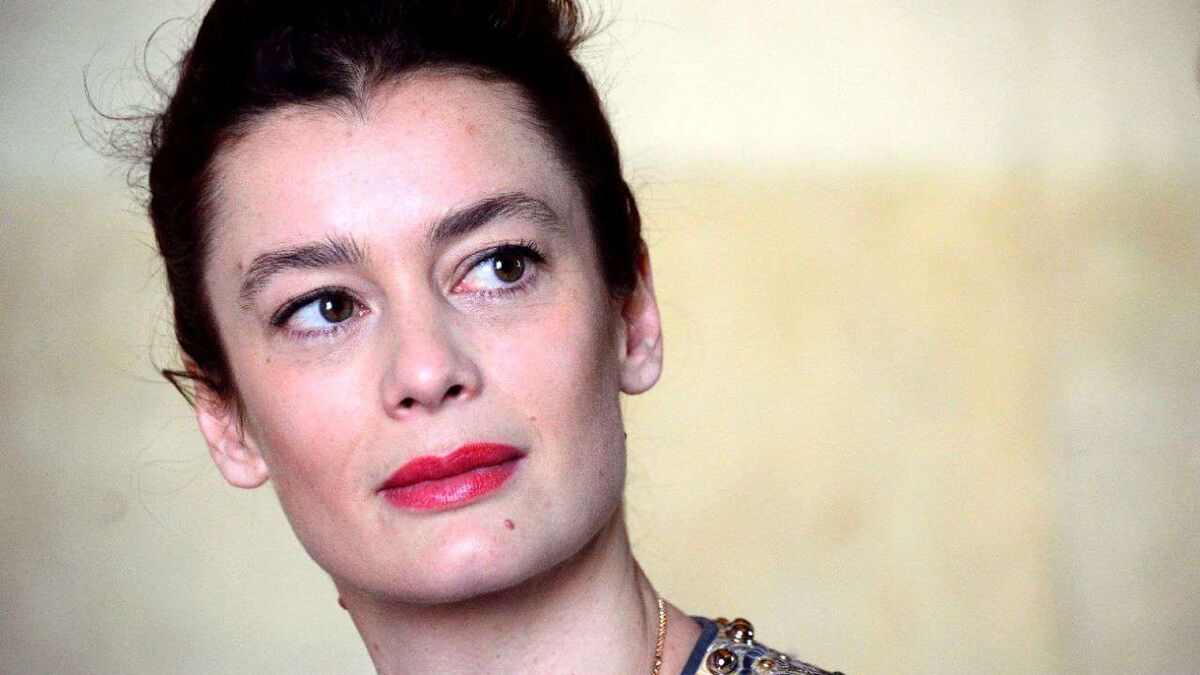 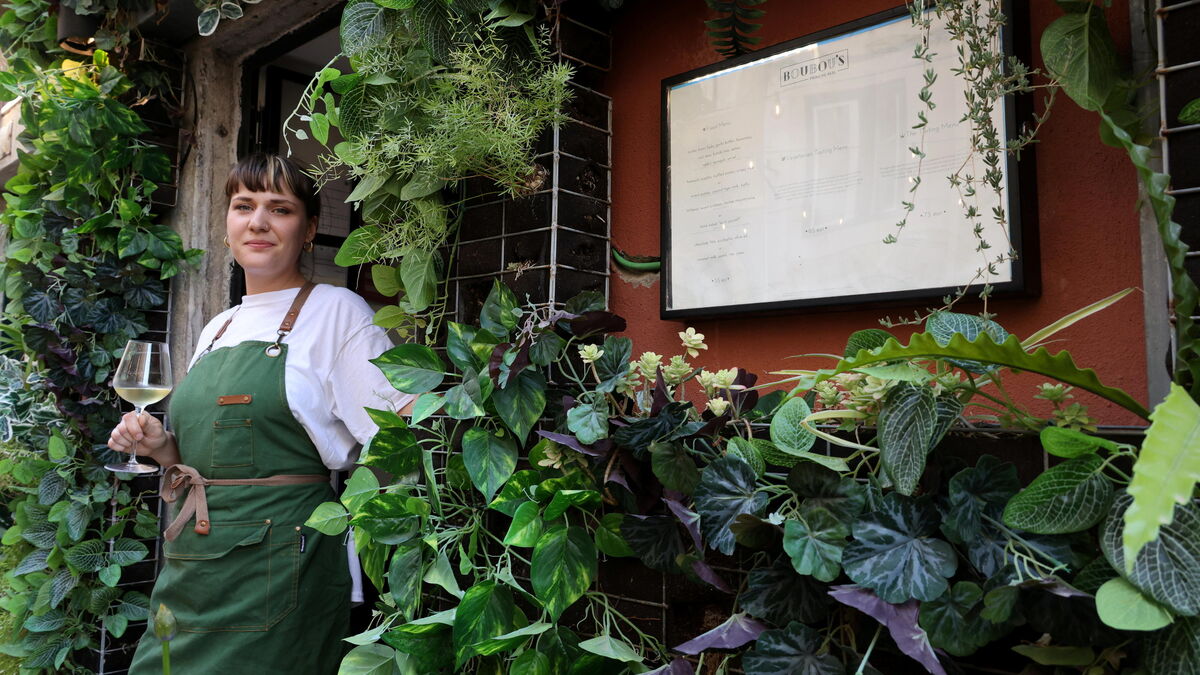 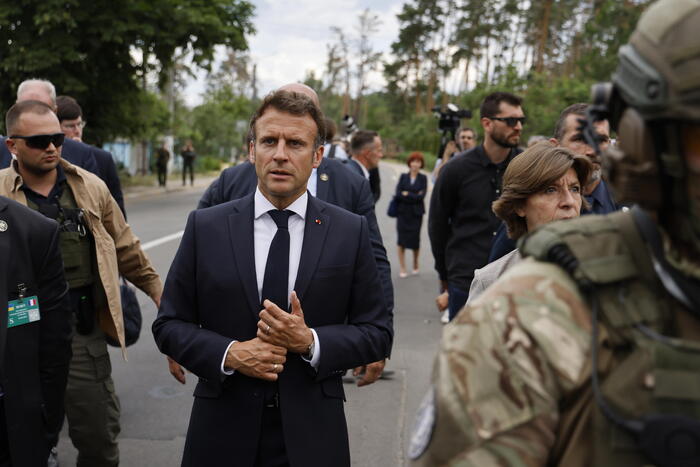 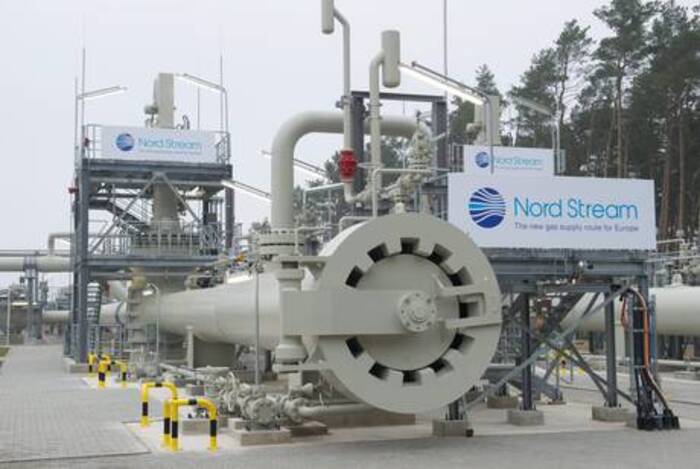