The theory that points to a Jewish notary, Arnold van den Bergh, as the possible accuser of the girl who wrote the famous diary provokes a bitter controversy among historians Visitors to the Anne Frank House Museum, dedicated in Amsterdam to the author of the most famous Holocaust diary, have been asking the same question for decades: who denounced her in 1944?

A book published this January in the Netherlands points to a Jewish notary, Arnold van den Bergh, as the possible informer of the girl, hidden from the Nazis in the annex of that same building, along with her family and four other people.

The notary's membership in the same Jewish community as the Franks has generated a stir, but the clash has occurred between the police and forensic method applied in this new investigation of the Frank case and the academic rigor demanded by historians.

The investigation that reveals the secret never told,

the work has been published by the American publishing house HarperCollins in twenty languages.

In the Netherlands, the Dutch version was in the hands of another label, Ambo Anthos, who withdrew it last February, apologizing “to anyone who was offended”.

With no release date for now in Germany, the book has had no problems in the rest of the world.

It is signed by Canadian biographer and poet Rosemary Sullivan.

She has interpreted the work of the team made up of a Dutch journalist and filmmaker, guided by the American Vince Pankoke, a former FBI agent.

, in the original English version— and have used artificial intelligence and data processing (

They have also consulted, among others, with a behavioral psychologist.

They wanted to know why a respected Jewish notary could have informed the Nazis of the Frank family's hideout at 263 Prinsengracht in the Dutch capital.

For six years, they have been ruling out about 30 suspects and a score of possibilities.

They have also speculated, given the time elapsed and the gaps in the information about the arrest.

Only his father, Otto Frank, returned from the extermination camps.

His daughter not only symbolizes innocence in tragedy, Anne Frank is an icon as well known as an international brand.

According to the book, it is "almost certain" that the employees of the Dutch Jewish Council had a list of addresses of those who were hidden, and among them, "it could include that of the family of Anne Frank".

It was an organization created by the Nazis in the occupied countries to attend to their communities, separated by force from regular life, and it is added

that Arnold van den Bergh, one of its members, "had contacts in high Nazi circles."

So he "could have relinquished that inventory at any time."

is approached by reviewing all previous work for new clues, and Pankoke stresses “that it is appropriate to speculate on what might have happened, and to analyze the personality and situation of the suspects.

But always looking for the evidence that proves, or not, your conjecture”.

In a telephone conversation, he acknowledges: "We are not 100% sure, but from our perspective, this notary was the probable cause of the raid that he carried out with the Franks."

It seems to him that he did it to save his family and himself, that is, "he was a victim, because the criminals were the Nazis."

that they felt “compelled to present our conclusions, although we cannot prove it beyond a reasonable doubt”.

Keeping quiet was not a good idea "because it could have been a time bomb if discovered by anti-Semitic or neo-Nazi groups."

Otto Frank shows Queen Juliana of the Netherlands the family hiding place, during the commemoration of the 50th anniversary of Anne Frank's birth.Bettmann (Bettmann Archive)

The speculation has stirred up several of the Dutch historians specializing in the Holocaust and the Jewish Council itself.

Bart van der Boom, a professor at the University of Leiden, is part of the group of experts that has refuted the thesis of the book, and assures that "there is no evidence that this body had the addresses."

He describes its members as respected people in their community: “They believed that opposing the Nazis would be much worse.

The idea that they would give a list to the Nazis is ridiculous.

The Jewish leaders did not decide who would be deported and they did not take charge of gathering the people for it.

That is one of the numerous errors of the author of the book”.

He goes on to say that the Jewish Council "was criticized by all after the war for collaborating with the occupier,

team points to the statement of a German translator who had heard mention of the lists, "but that information is not credible," it abounds.

In his opinion, “an amateur work has been publicized;

He has written on her behalf to Rosemary Sullivan "appealing to her academic conscience, but she only says that she trusts the research."

Both he and his colleague, Bart Wallet, Professor of Jewish History at the University of Amsterdam, deplore a sentence by the author in the English version.

After stating that the notary, who died in 1950, “saved his family by giving the Nazis addresses, including 263 Prinsengracht,” he writes: “Perhaps he too paid a price.

She died of throat cancer.

In a strange way, it was kind of appropriate: she lost the ability to speak.”

that, “with a proper peer (expert) review process, the book would not have been published that way.”

they maintain that he should have been the notary until the contrary is proven.

Contrary to what is expected of a valid argument.

Pieter van Twisk, the Dutch journalist who led the investigations, admits that they expected criticism, especially in the Netherlands.

“I was not prepared, however, for the toxic atmosphere created.

We were not looking for a Jewish traitor, as has been suggested, and we believe that Otto Frank knew or suspected who ratted them out, because he said he did not want his children to suffer for it.

There are specialists who agree with us and dare not speak to preserve his reputation.

It also seems to him that the Dutch publisher Ambo Anthos "has been able to drop the book for fear of a lawsuit by members of the Van den Bergh family";

she did not want to go to court with victims of the Holocaust.”

Pankoke, for her part, indicates that the book “is Rosemary Sullivan's interpretation of the interviews she did with us and the reports of our work.

There is a difference between what she interprets and the investigation itself.”

Then she exposes if all this is not because "the collaboration with the Nazis and the fate of Anne Frank strikes a sensitive chord" in the Netherlands.

Flowers and stones on the tombstone of Margot and Anne Frank near Lohheide, Germany. Alexander Koerner (Getty Images)

The other main piece of evidence presented in the work is an anonymous note about the alleged denunciation, sent after the war to Otto Frank.

The original has not been found, but a copy of the writing, known to academics, was among the documents of a Dutch police investigator, Arend van Helden, who investigated the matter between 1963 and 1964. The paper says that the notary Van den Bergh revealed the Franks' hideout to the Nazis, and that the department that received the tip-off "had a list of addresses (of hidden Jews) also provided by him."

Forensic examination by Pankoke's team confirmed that the copy "had come off Otto Frank's typewriter a couple of years before 1959."

According to the former FBI agent, they wondered "if the note was taken seriously in its day and if the lead was good."

They consider it so, after discovering "that due diligence, an adequate review, had not been applied to confirm those allegations."

For Bart Wallet, the person who wrote it “misquotes the Nazi institutions, showing a lack of inside knowledge to make such a statement about the notary”.

These types of notes, he continues, were frequent after the war "as gossip, or to settle accounts."

In his opinion, if the list of hidden Jews were true, "we would be facing one of the greatest traitors of the war and it would have been known,

To all of the above, there are added doubts about the whereabouts of the notary since the beginning of 1944. Anne Frank and her family were found by the Nazis in August of that year.

Pankoke points out that Van den Bergh "was trying to go unnoticed or else he hid, because details are missing here."

However, another Dutch historian has just found a wartime diary with an entry that places him in the town of Laren, near Amsterdam.

Van den Bergh obtained the necessary documentation to pass himself off as a Jew who was only a quarter of a Jew, and thus had freedom of movement.

But a Nazi colleague who wanted his office managed to get that circular annulled.

Due to this, and with his three hidden daughters since the end of 1943, the two historians consulted believe that he and his wife went into hiding at the beginning of 1944.

His descendants recalled that same thing in the seventies, since the family survived.

“A friend of mine, who is a professor, has described this controversy as a case of academic arrogance.

When historians don't like our findings, they reject them.

That the notary hid does not prove that he did not give the lists to the Nazis before or after.

the lists to the Nazis.

the lists to the Nazis. 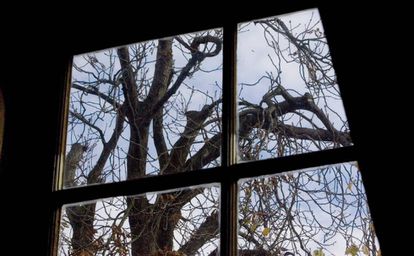 The Anne Frank House: memory of the Holocaust, between commerce and personal appropriation 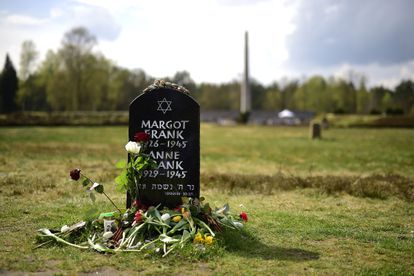 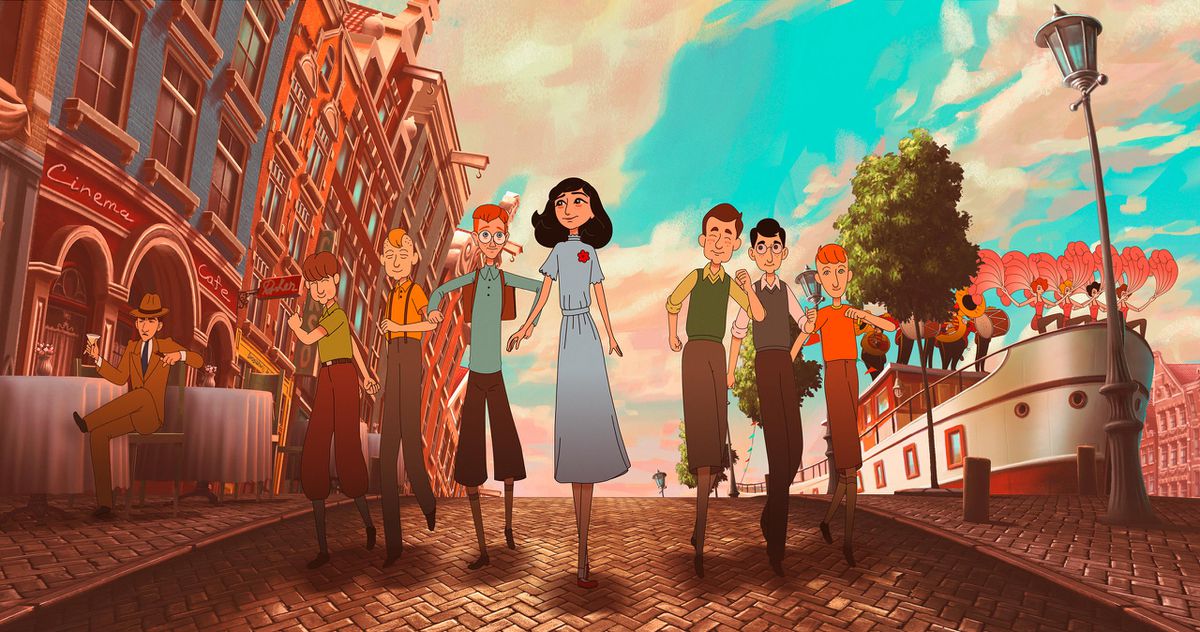 'Where is Anne Frank': great ideals and questionable animation for the film about Anne Frank's diary 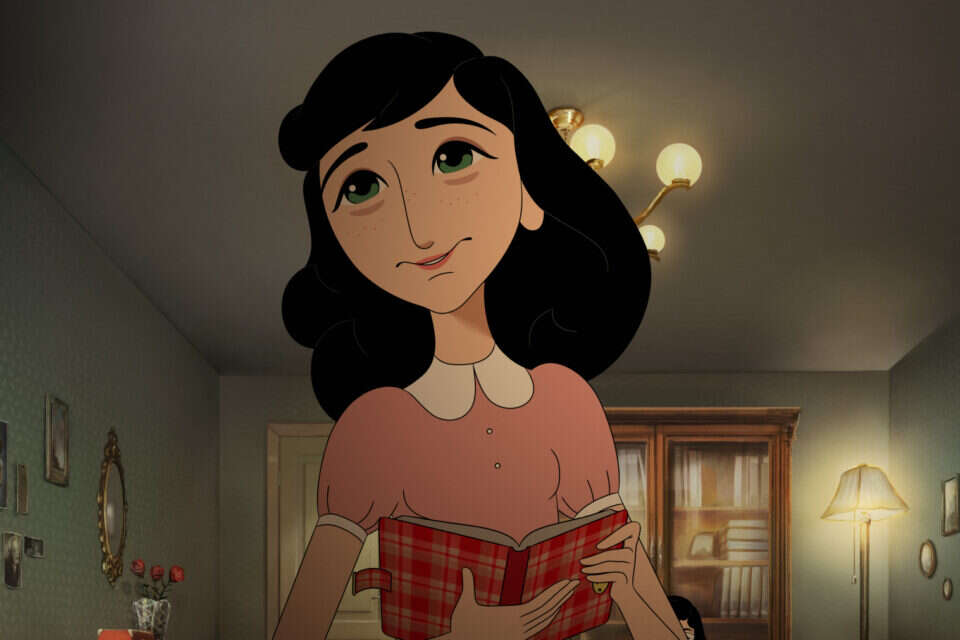 How do you dub Anne Frank? | Israel today