Animal rights activists and pigeon haters can agree on one thing: there are too many pigeons in German cities. The solution: gentle birth control. In Hamburg, politics blocked itself. Until now. 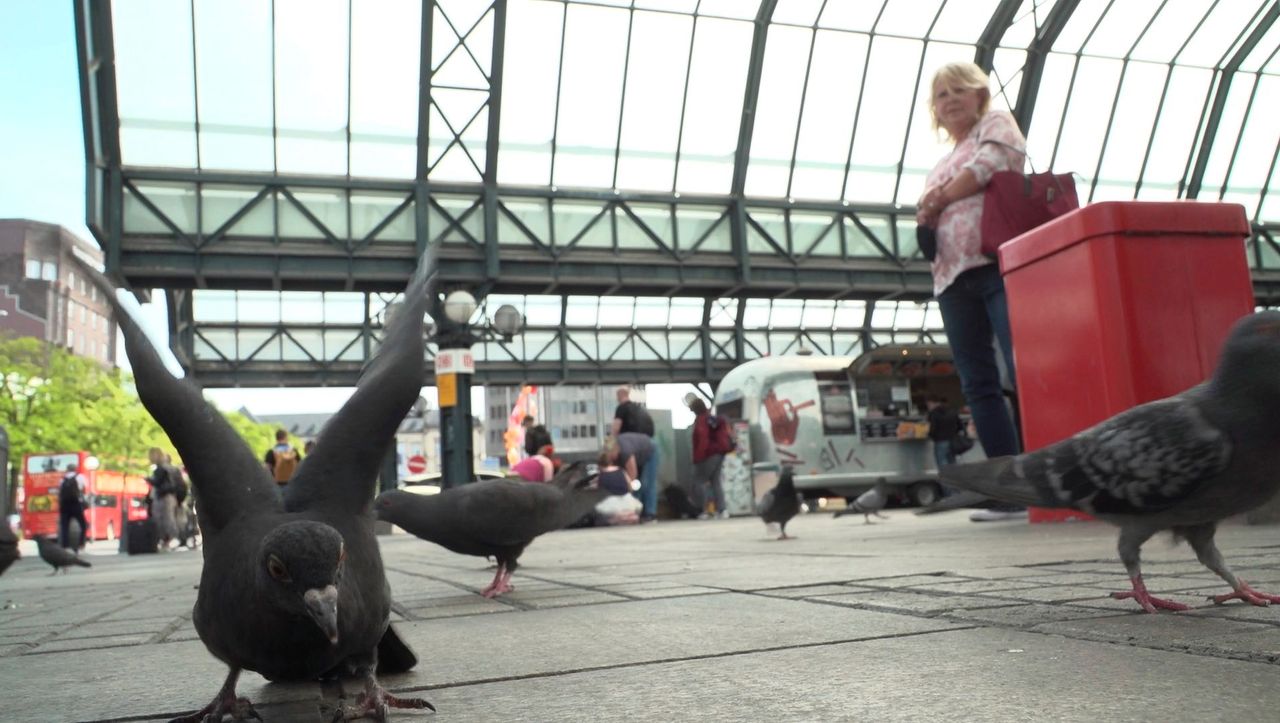 "Should I open again?"

Every day, volunteers like Andrea Scholl climb up to the roof of Hamburg Central Station.

There, they believe, lies the solution to the city's bird problem.

And leave some of your own.

Despite all deterrent measures.

The dove, the animal of peace, has a miserable image in German cities.

"What do you think of the pigeon?"

»I don't think the pigeons are okay at all.

They really are the plague in Germany, they fly around here all the time, shit all over..."

»They say they are rats of the air.«

"You can't park a car without it being cheated..."

Andrea Scholl also knows that there are too many pigeons in the city.

Your solution to the pigeon plague is as surprising as it is gentle.

operates a pigeon loft in the main station for targeted birth control.

»Well, in addition to feeding, watering and cleaning, we also check whether new eggs have been laid and whether there are hatching eggs.

Of course you have to look everywhere, including up there and down there.

And here I see an egg, for example.

This is from a floor layer.

Volunteers come every day to replace eggs that have already been laid with plaster dummies.

»That means: 800 chicks prevented – and their offspring.

Such a chick also becomes sexually mature relatively quickly and then starts just like the parents.

And then breeds up to eight broods a year.«

The population can only be reduced effectively through controlled breeding sites such as in the main train station.

It would take more such pigeon lofts in the city.

The problem: nobody wants to pay for it.

»The problem is there, everyone knows about it.

Because the pigeons have been multiplying rapidly for a long time, there is a feeding ban in public places in Hamburg, as in many German cities.

The thought: If man does not provide convenient food, the pigeon would rather turn back to nature.

It's just that nature in the city isn't that great.

»Here you can see, for example, what the pigeon brought with it from the outside.

There's another one down here, too."

In Hamburg's Steilshoop district, Scholl's association runs a dovecote for cases of hardship.

»We are now going to our disabled pigeon loft.

There are pigeons in there that can no longer go out into the street.«

65 pigeons are cared for here.

Many have diseases and mutilations, some as a result of animal cruelty.

In fact, there is all sorts of animal cruelty that you can imagine or not imagine.«

There are laws against animal cruelty.

But for the anger about the healthy pigeons no authority felt really responsible.

This could change now.

A legal opinion from Berlin recently found that pigeons are not wild animals, but pets.

And if they can't be assigned to any owner, the municipality has to take care of it.

So far, the city of Hamburg has preferred to invest in defensive measures and cleaning staff.

But the report has led to a rethink.++

This process could take years.

But if it ultimately means that there are fewer pigeons in the city, everyone should be able to live with it: animal rights activists and pigeon haters. “Sancho” shies away from the stage – Oberammergau Passion Donkey replaced Ponies rescued from poor husbandry - nobody wants them New regulation: cats are threatened with castration and chipping

Because of the Ukraine war: are there still enough eggs at Easter? Experts sound the alarm Munich: The deadly business of the puppy mafia - Daisy and Goofy were only six weeks old