The fictitious marriage, the diamonds and the apartment "in cash": the dispute that ended in court - Walla! Real Estate

They have been a couple for 19 years, but legal and economic issues, along with the rules of the community to which they belong, have made it difficult to decide whether an apartment the husband bought is considered joint property. What a ruling

The fictitious marriage, the diamonds and the "cash" apartment: the dispute that ended in court

They were spouses for 19 years after getting married in no way, but legal and economic issues, along with the rules of the community to which they belong, made it difficult to decide whether an apartment the husband bought was considered joint property.

What did the judge rule?

They were a couple.

He is a jeweler after a difficult divorce and three children from a previous marriage and she is a single kindergarten teacher who became pregnant by him.

Her father demanded that her husband marry her, as is customary in the Bukharian community, but since the man, as mentioned, was divorced, he was afraid to go through the rabbinical steps again, he did not agree to marry in a 'regular' wedding and therefore her father married them in a private wedding.

After 19 years and two children together, the couple divorced and the woman demanded half of the apartment he purchased about a week after the rupture, which was bought, among other things, from money that was deposited in the divorcee's account.

In hearings held in the Tel Aviv Family Court, the divorcee claimed that they were married in a fictitious wedding, her father's 'combine'.

He said the couple snuck into a ballroom while another wedding was taking place, waited patiently for the event to end, her father consecrated them with private kiddos as he is not a qualified rabbi, then caught the photographer and asked him to photograph the couple as if they were married.

Later, and after the cross-examination conducted by attorney Tiki Parter, the woman's attorney, the man admitted that there was indeed an event in the hall featuring 100 guests and that he tore the wedding film in order to conceal evidence from the wedding before the rabbinical court.

For tearing up the wedding ribbon the woman even filed a complaint with the police.

This way you will know which treatment will help you

After Judge Ezekiel Eliyahu ruled that there was a marriage, but not according to the religion of Moses and Israel, the man also tried to claim that they were not considered public figures, in an attempt to reject the presumption of cohabitation that gives a woman a share of his property.

Throughout the court hearings, he tried to portray the woman and the mother of his children as a "hitchhiker" living at his expense.

He claimed to have managed separate bank accounts, with each party depositing funds into his account - the rents from inheritance flats that were owned by each before the marital relationship.

At the cross-examination he turned to the divorcee's attorney and told her: "I would have funded her vehicle from Emile, the surgery she did on her body is also a part of me, the diamonds are from me."

When the man was asked if the woman cared for his ailing mother, he claimed she had a caregiver, but the judge noted that when his late mother was ill she lived with them in the apartment, indicating her commitment and dedication, a fact that is not self-evident.

The woman was able to prove that the bank account in the name of the man alone was in fact a joint account from which the household expenses were paid.

The judge noted that the couple had lived under one roof since the beginning of their relationship, and that from this marital bond they had two children in common who lived with them under one roof.

The judge noted that the man's answers substantiate the woman's claim that both parties belong to the Bukharian community and therefore she gave great respect to her partner.

Therefore, it would not have occurred to her to require registration in her name out of respect for him.

The judge added that all household expenses also reflect the same patriarchal conduct and that the man treated her with patronage.

"The surgery on the body is from me, the diamonds are from me" (Photo: ShutterStock)

Following his cross-examination by Advocate Perter, the man dismissed the woman's willingness and desire to donate a kidney and performed fitness tests for this purpose. When asked why she would be willing to donate a kidney, he replied: "I do not know." Years of work to treat him and accompany him to the doctors, he claimed she resigned because "she saw that in kindergarten she would not get anywhere."

The judge ruled that the couple were publicly known and therefore the rule of sharing applied In order to institutionalize the relationship between them.However, in view of the property regime applicable between the spouses, the judge noted that both parties must prove or contradict the intention of sharing regarding each of the apartments purchased or sold during the life together.

Whose apartment is this?

The first apartment, purchased before the parties knew each other, was owned by the man and sold about eight years after the couple began their relationship.

The second apartment was purchased after 6 years of marriage.

The parties have never lived in this apartment and it was intended to serve as a pension security for them.

When they met, the woman moved into the first apartment he owned.

After eight years of cohabitation, as stated, the man offered to claim that they would sell the apartment and buy another apartment because the apartment was on a main road, which disturbed his sleep and because the house became obsolete.

They decided to buy a new, quieter and larger apartment that would suit the whole family.

The man claimed that the funds from the sale of the first apartment were deposited in his account for the purpose of purchasing only another apartment for himself.

According to him, the second apartment, registered in his name, was purchased in cash from money he accumulated in his job and from a loan he received from a diamond dealer, a work colleague who died and therefore could not testify.

He did not want to give the colleague's name nor did he present in court any document relating to the loan.

About a week after the outbreak of the marital crisis, and 13 years after living in a rented house, he purchased the third apartment and registered it in his name.

For this purpose he also sold the second apartment.

According to the woman, during the 13 years they lived in rent only "we said save for the house, do not buy air conditioners, do not renovate, do not buy furniture, save electricity, save water. If I knew, I too could save myself half a million today, I won and got rent, where All my money? Invested in this man who promised me mountains and hills and promised me that he would take care of me all my life because I am his wife. So why did he not say to me from the beginning, 'Listen, what is mine, what is yours, take care of yourself'? "

The judge noted that throughout the woman's testimony was credible and credible and was given from her heart's blood.

As for the man, it was determined that he did not present a clear version as to the sources of financing of the third apartment.

His version was full of contradictions and he refrained from submitting to the court the contract of sale of the second apartment despite the myriad decisions and warnings in the matter.

He ruled that the woman was entitled to half of the rights in the third apartment purchased from the proceeds from the sale of the second apartment and the funds that were in the divorcee's account, some or all of which were saved during the cohabitation period.

The ruling states that the apartment, which was purchased for a total of NIS 2 million, will be sold and the woman will receive half of the sale amount.

In addition, it ruled that the man will pay the woman a total of NIS 25,000 in legal expenses.

The fictitious marriage, the diamonds and the apartment "in cash": the dispute that ended in court - Walla! Real Estate

Financial relations and real estate tax agreements - the way to get an exemption from praise tax and purchase tax - Walla! Sentence 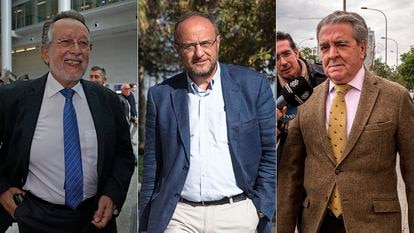 The group suspected of serving as a money launderer: this is how the method worked - Walla! sport

"Islands, extortion and money laundering": A well-known contractor from the south was detained for questioning on suspicion of fraudulent offenses - Walla! news

Stabbed him in his bed: life imprisonment for an apartment owner in Haifa who murdered his sub-tenant - Walla! news

A former police officer was arrested on suspicion of helping criminals launder hundreds of millions of shekels - Walla! news