Uncomfortable weather mix: Heat, heavy rain and hail at the start of the week

Heat mostly accompanied the people in Germany at the weekend. It will be uncomfortable at the start of the week: a mix of heat, heavy rain and hail has been announced. Heat mostly accompanied the people in Germany at the weekend.

It will be uncomfortable at the start of the week: a mix of heat, heavy rain and hail has been announced.

Kassel/Offenbach - "Sweltering and thundery" is how the German Weather Service (DWD) in Offenbach describes the start of the new week.

The DWD had already announced another heat wave for Germany and warned of extreme heat stress.

The DWD expects up to 36 degrees, especially in the eastern half of Germany.

In addition to these high temperatures, there are also occasional stormy showers and thunderstorms, as a weather expert from the DWD explained on Sunday (June 26).

The Omega weather situation has Germany firmly under control.

According to the DWD, this is a special high-pressure area.

The whole thing looks like an omega on the weather map,” describes Jung.

In addition, the weather is very stable, the heat is accompanied by severe storms.

In the coming week, Germany is expecting heat and sometimes severe storms.

And that of all days on the day of the dormouse (Monday, June 27th).

A farmer's saying goes that the weather on that day determines what happens in the next seven weeks.

According to meteorologists, however, a weather pattern for the summer is often established around the day of the dormouse, which then continues, writes

In the coming week, the temperatures should remain stable - however, local storms are expected again and again.

"The focus of the storms is on the heavy rain," added the meteorologist.

Accordingly, large amounts of rain can pour down in a small space within a short time - up to 40 liters per square meter in one hour are possible.

But hail and heavier gusts of wind up to hurricane-like gusts could also accompany the thunderstorms.

Heavy downpour and hail on Monday, especially in southern Germany

Due to heavy downpours and large hailstones, storms are likely on Monday, especially in the south, the eastern low mountain range and in parts of the middle.

With cloudy skies in the north and west and more sun than clouds in the east and south, temperatures will range from 22 to 36 degrees on Monday.

Heavy downpours, hail and gusts of wind are also reported to accompany the thunderstorms on Tuesday.

The south and south-east, the eastern low mountain ranges and the extreme east of Germany are particularly affected during the day - with maximum temperatures between 22 and 28 degrees.

The weather expert predicted severe thunderstorms until Friday, and the situation only calmed down a bit on Saturday.

But it's not just the storms that pose dangers, the heat is still dangerous: "At night it only cools a little below 20 degrees, so there is an increased burden on the circulatory system," says the DWD meteorologist.

People should drink enough and avoid the hot midday sun.

With these tips you will get fit through the summer despite the heat.

Uncomfortable weather mix: Heat, heavy rain and hail at the start of the week 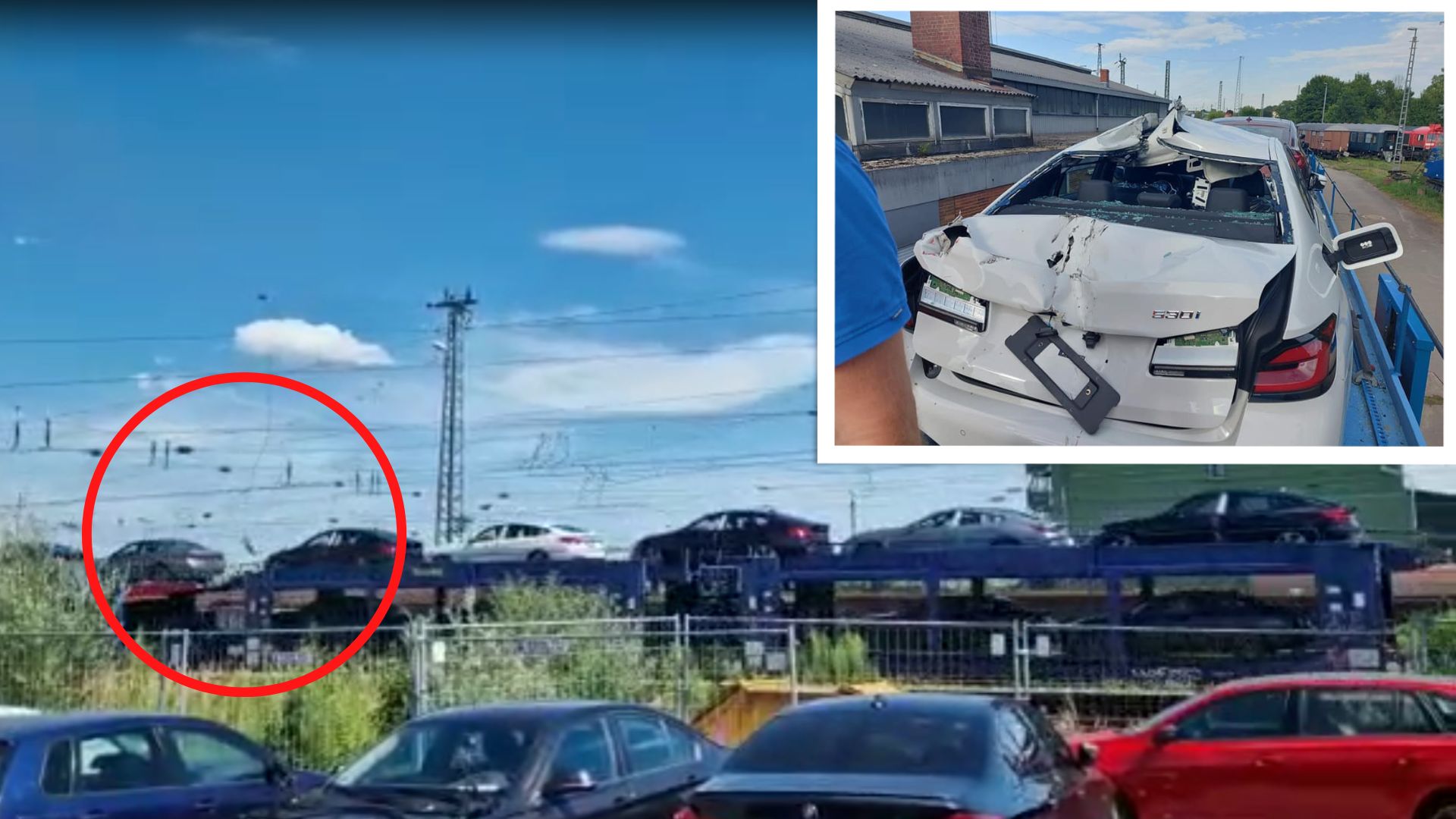 It also thunders over Munich: thunderstorms move over southern Bavaria after mega heat 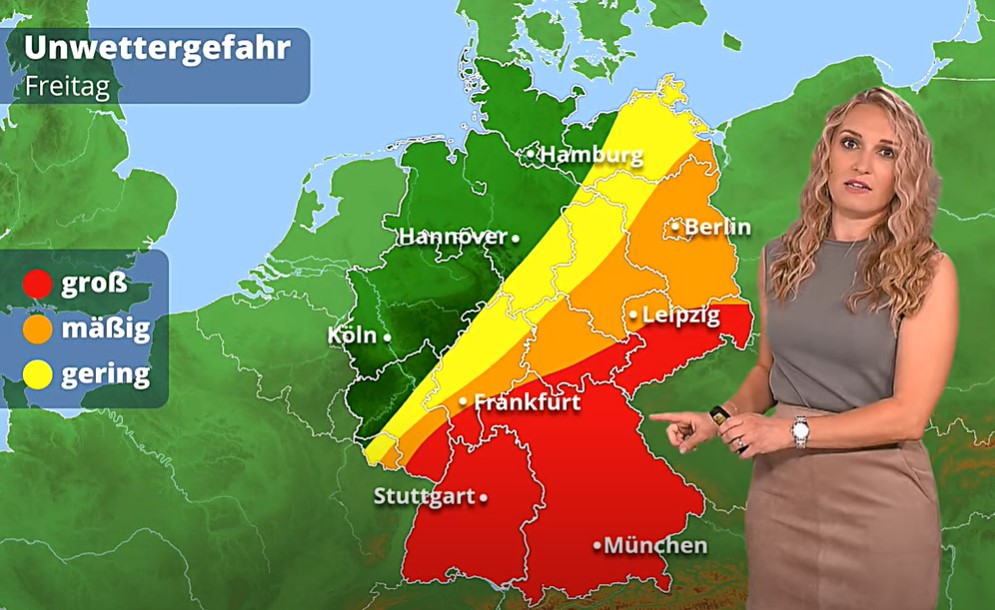 After the heat wave, storms threaten in Bavaria: hurricane "fires up" thunderstorms on Monday - Munich is also affected 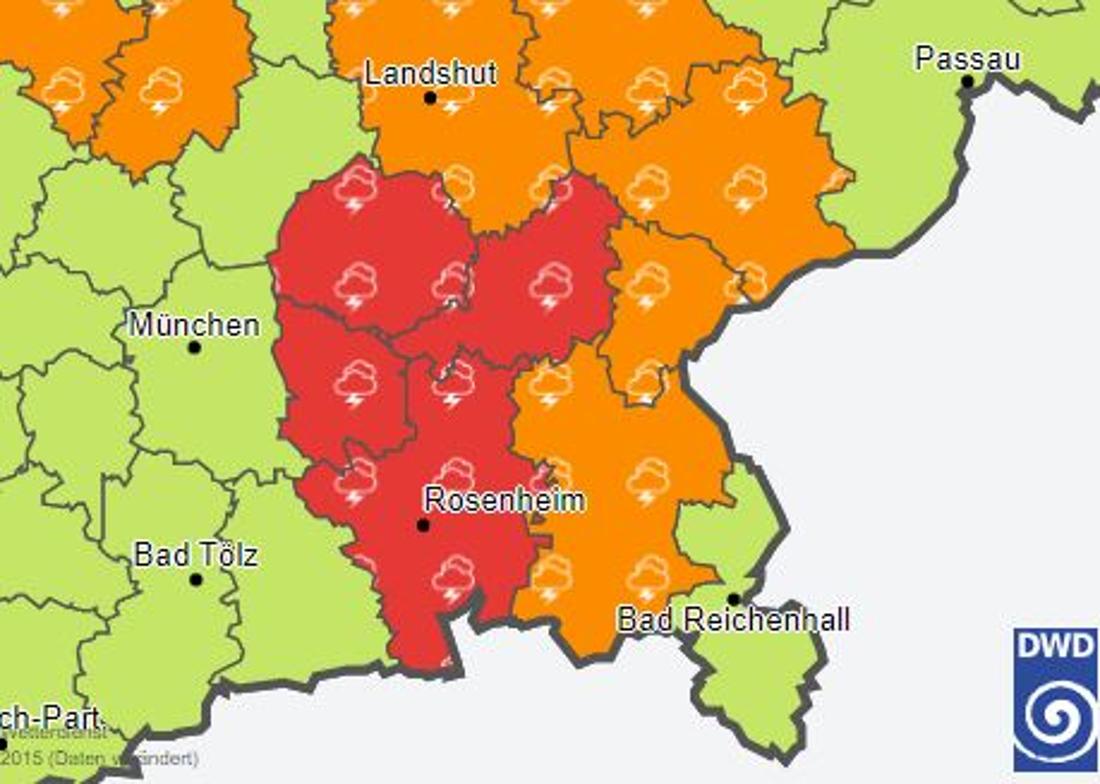 Weather in Germany: Heavy thunderstorms at the weekend - but the next heat wave is imminent