Lightning and thunder: weather service warns of further storms after the heat

Germany was sweating profusely recently. Temperatures are now falling below 30 degrees in many places. However, new storms are brewing. Lightning has already caused major damage in many places. 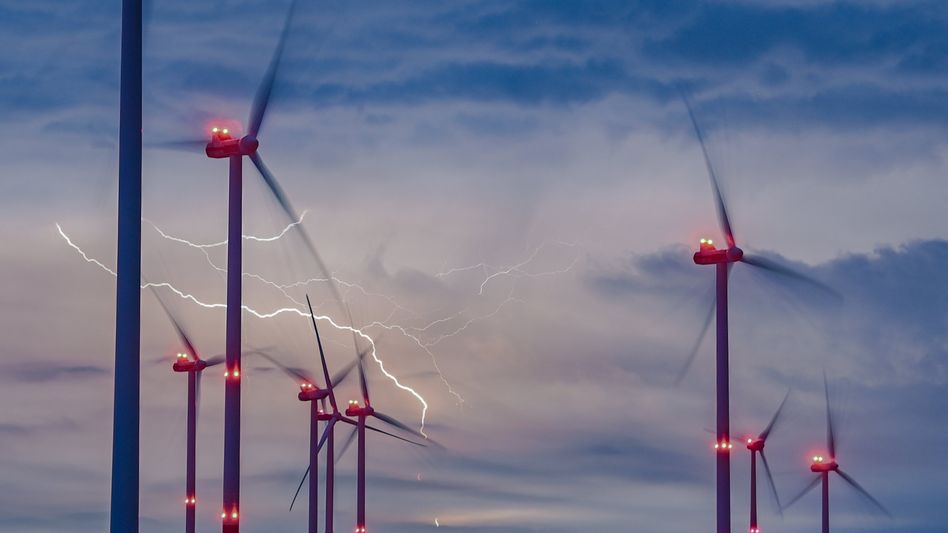 It's getting cooler again after the heat of the past few days, but there is still a risk of thunderstorms in parts of Germany in the coming days.

After up to 37 degrees at the start of the week, it will be at least a little cooler over the course of the week, as reported by the German weather service in Offenbach.

From the Alps to the Baltic Sea it will be mostly cloudy on Wednesday and there could be showers and sometimes heavy thunderstorms.

In the north-west, west and later also in the south-west it will be clear to sunny and it will remain mostly dry.

The temperatures are between 23 and 29 degrees.

According to the meteorologists, there are still last showers and isolated thunderstorms in the north-east at the start of Thursday.

On the other hand, it will be very cloudy in the extreme west and south-west during the course of the day, and showers and thunderstorms can occur here.

This also applies to the edge of the Alps.

Burned out holiday home on Usedom after a lightning strike

Friday starts mostly overcast, although according to the forecast there can also be storms in the east and south-east.

In the west, the clouds will loosen up over the course of the day.

In the west, temperatures will rise to 20 to 24 degrees, in the east up to 28 degrees, on the Oder and Neisse even up to 30 degrees.

At the weekend, the weather is expected to calm down with a new high pressure area.

Only in the south is there still a certain risk of showers and thunderstorms.

At the start of the week, lightning strikes have already caused extensive damage in a number of places in Germany.

A thatched cottage on Usedom was struck by lightning during a thunderstorm on Tuesday morning and burned down.

A family of five from Thuringia was woken up by a loud bang and immediately left the house in Karlshagen unharmed, the police said.

However, the lightning set the roof on fire.

According to the police, the fire in two barns near Augsburg caused damage of up to one million euros.

According to witnesses, lightning was also the trigger here.

First, one of the two barns went up in flames on Monday – then they jumped to the second building.

A fire also broke out in an apartment building in Upper Bavaria, probably due to a lightning strike.

According to the police on Tuesday, it is assumed that the lightning on Monday evening triggered the fire in Piding in Berchtesgadener Land.

"The situation is currently relaxed," said a fire department spokesman for the dpa.

There are still embers and open fires, the emergency services are busy with residual extinguishing work.

"It's not as bad as yesterday, we've got everything under control."

In the meantime, an armored recovery vehicle requested by the Bundeswehr is on its way, as an army spokesman in Dresden said.

The Dachs-type armored engineer is to cut a 12-kilometer swath between two endangered areas of forest that are contaminated with ammunition.

The major fire broke out in Gohrischheide last Thursday and spread towards Mühlberg (Brandenburg) on ​​Friday.

At times, more than 800 hectares were in flames, including around 500 hectares on the Saxon side.

According to a recent study, the increase in heat waves worldwide can be clearly attributed to climate change.

Nevertheless, the extent of the effects would be underestimated, according to a study published in the journal "Environmental Research: Climate", on which researchers from Imperial College London and the University of Oxford worked, among others.

Heat waves have become more frequent and intense, and are directly responsible for tens of thousands of deaths worldwide, the researchers write.

The scientists had analyzed to what extent specific extreme weather events such as heat waves, extreme precipitation, forest fires, tropical cyclones and droughts can be clearly attributed to the influence of climate change. 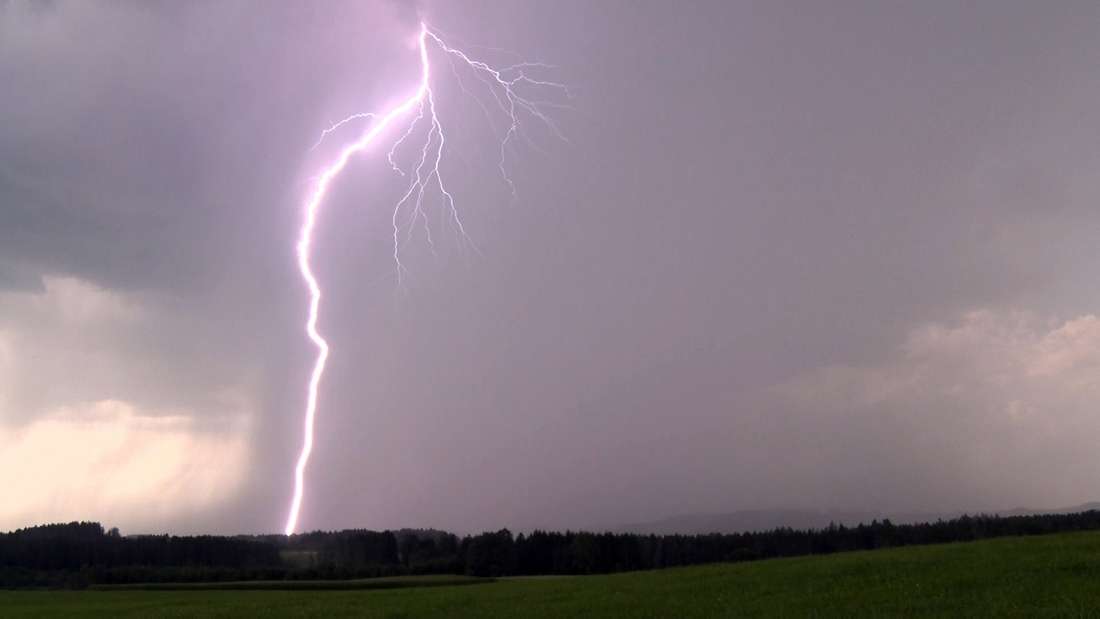 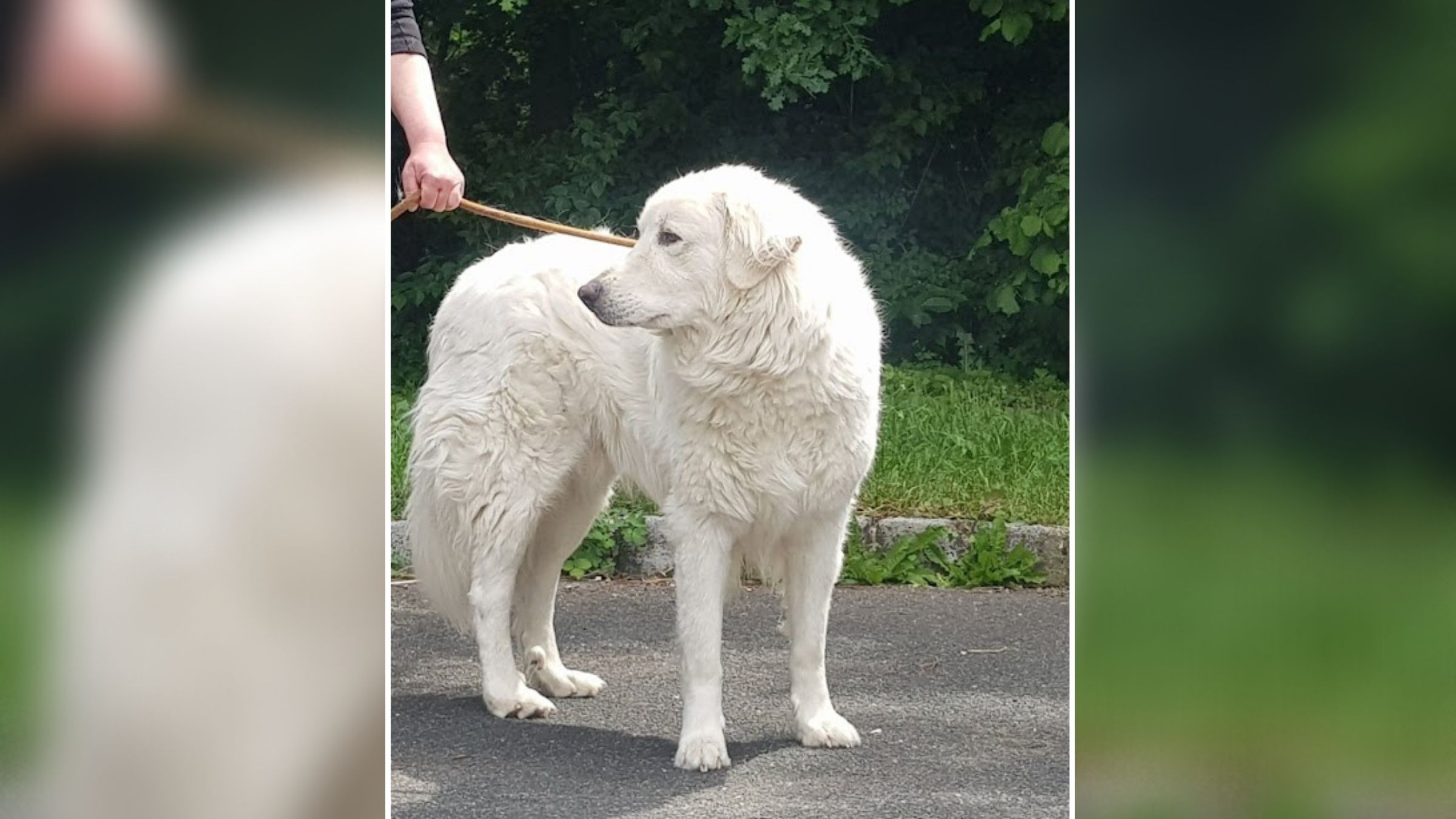 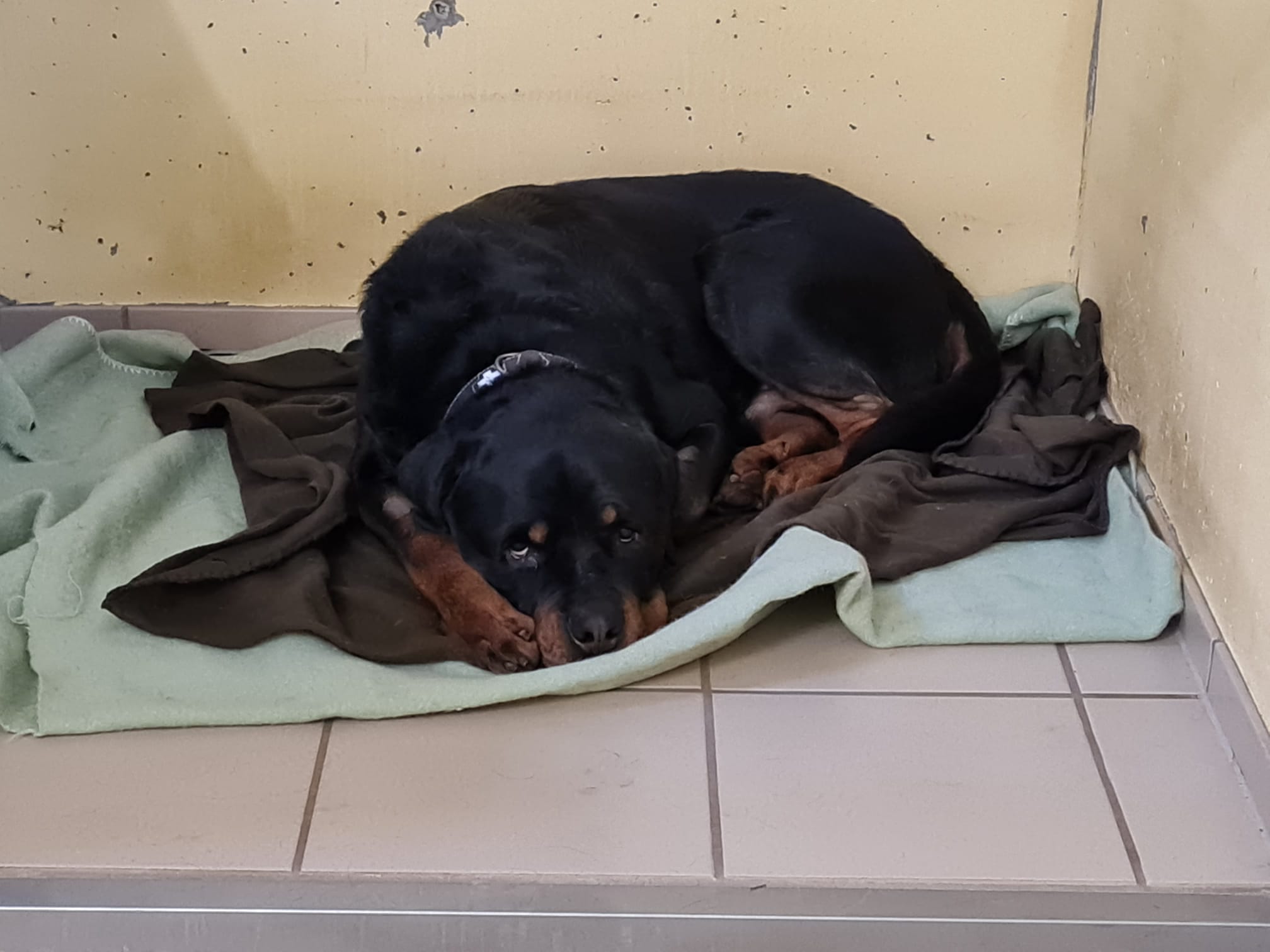 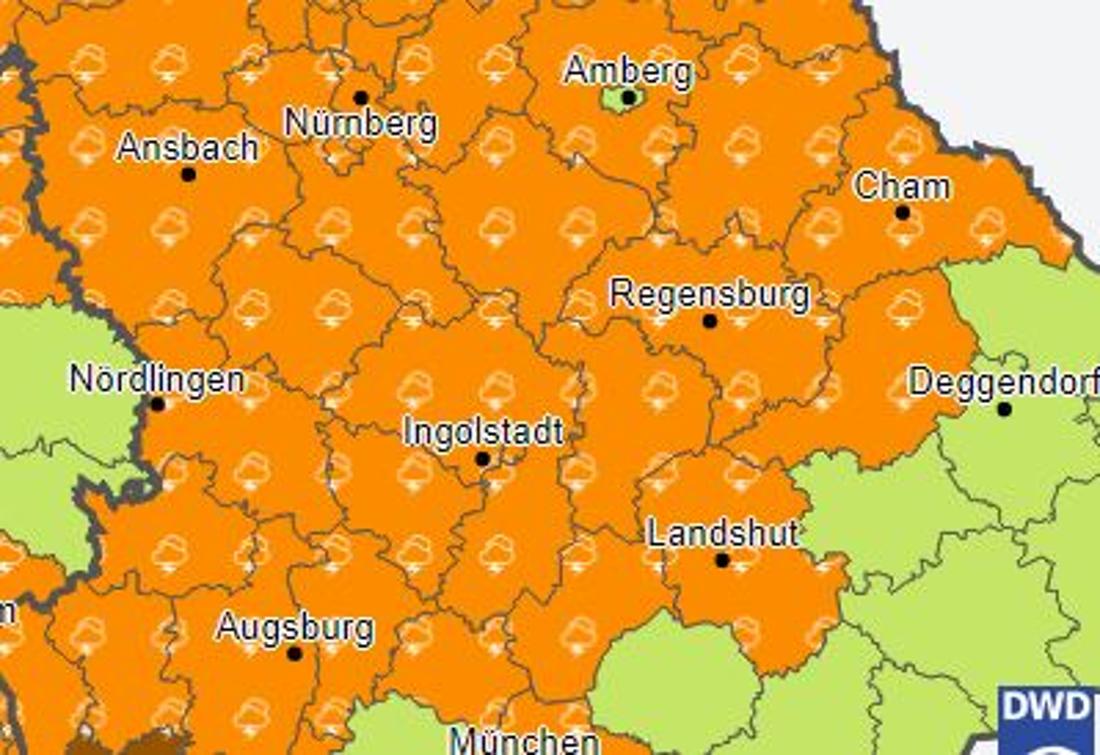 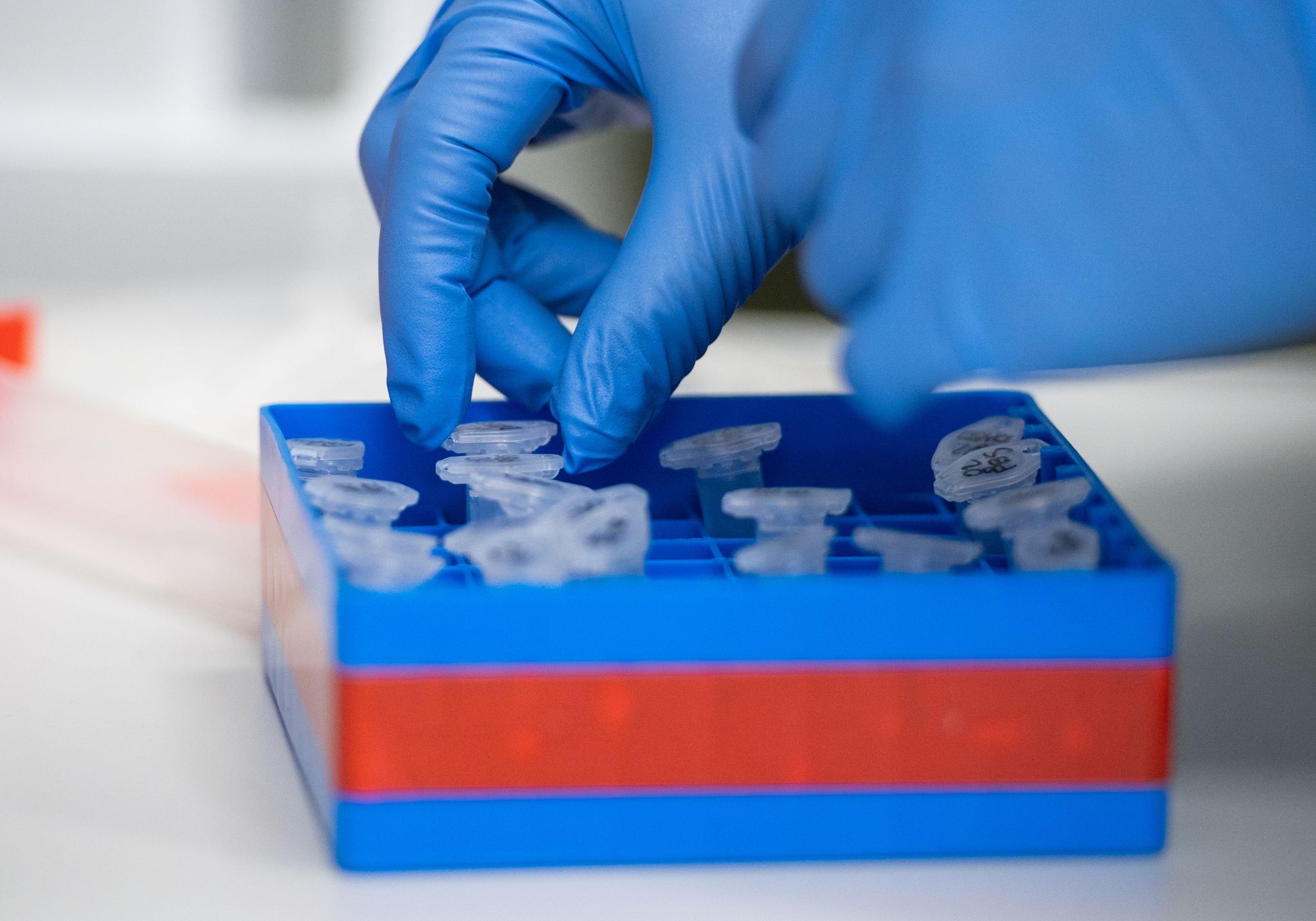 While the sun is shining in Munich: Bitter warning for southern Bavaria - all clear tomorrow evening