Cate Blanchett and Steven Stokey Daley: “Often we dress either to hide or to reveal ourselves”

For its 9th edition, the LVMH Prize was awarded to Englishman Steven Stokey Daley. Actress Cate Blanchett, ambassador for the event, presented the trophy to this new fashion talent. Conversation. 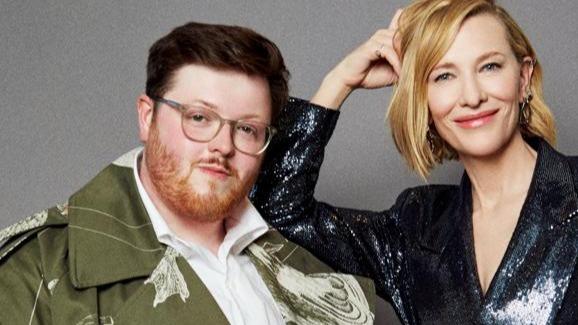 ” (“Gosh… It’s like an Oscar!”) The young Englishman Steven Stokey Daley hugs the golden trophy of the 9th edition of the LVMH Prize, rewarding a promising talent in fashion, that a multi-Oscar winner, sublime woman with a magnetic and benevolent gaze, has just given him.

On this improvised stage, Cate Blanchett does not play.

The Australian-American star is really happy to see the emergence of this young generation of creators focused on beauty and ethics.

This prize has already been a springboard for designers who are now world-renowned, such as Nensi Dojaka (winner of the previous edition), Jacquemus and Marine Serre.

The endowment of 300,000 euros and mentoring within the LVMH group aim to help the winner develop and promote their brand.

Like all the nominees, Steven Stokey Daley is inhabited by the historic vocation of fashion designers: to make people dream.

But also by the new role taken on by this prodigious industry: to be a vector of sustainable development.

Read alsoDelphine Arnault and Hoyeon: "Fashion is not a sprint but a marathon"

It is in this spirit that he has designed, under his SSDaley label, a collection that hijacks the codes of the fantasized wardrobe of English private schools, a universe opposed to his own since he comes from the working class of Liverpool.

There's punk in it, but soft, rounded, sprinkled with flowery patterns.

Her fashion thwarts identities and questions the unwritten rules of tradition.

And we rejoice, on this British jubilee day, to launch this meeting between these two subjects of Her Majesty.

– Steven Stokey Daley, how are you feeling?

I did not expect that !

I am still shocked, overwhelmed and so happy!

Cate Blanchett, what did you think of the finalists and the winner?

– I am amazed by everyone, and I must say quite moved by the message and the story of Steven's collection, which values ​​British craftsmen.

I am from Australia, I know the fragility of certain know-how lost forever.

That you managed to show us that with your collection really touched me.

In fact, I started working on this collection during the pandemic, in full confinement.

Nothing entered the interior of the country, so I made it my mission to find the best local artisans, to highlight our heritage, those who work with silk, spinners and spinners of Scottish wool, weavers and Irish linen weavers…

Do you think the pandemic has taught us anything or that we will go back to business as before?

– This period has necessarily changed our outlook and our way of working.

Forced to look at what we had inside, we notably rediscovered small local crafts.

– I think the big brands are inspired by this emerging generation of designers who have in their DNA a responsible approach in terms of practice, image and relationships with others.

Even in the way they treat employees and customers, they drive change.

– My generation shares the same values, it's almost second nature for us to be eco-responsible.

But if I did upcycling, it's also because I couldn't afford to buy luxurious fabrics... By pushing me to play with materials that I had already used, sustainable development also allowed me to practice my job !

On this subject, you preach a convinced: Cate Blanchett, you made the headlines for having walked the red carpet with dresses that you had already worn in the past…

– I love beautiful things, and when we have the privilege and the luxury of being able to wear a couture garment made expressly for you, it would not only be sad but inelegant and absurd to wear it only once!

You'll laugh, when I arrived in Cannes with a sumptuous dress, some journalists, looking a little embarrassed for me, slipped me quietly: "I think you've already worn it..." I replied : "Yes I know !"

Where I had thought of a form of celebration, they saw inattention…

– This is a way of educating and sensitizing the public: showing the world that a piece of clothing can last longer than just one evening, however chic it may be!

Your professions, fashion and cinema shape the imagination and have often accompanied societal changes, sometimes announcing them: do you think this is still the case?

– The future is always shaped in the minds of artists.

This is where the dream begins.

We tell a story and we invite people to enter it, whether it's a film, a fashion collection, a choreography or a book... They enter an imaginary landscape without preconceived ideas , all possibilities open, offered.

To come back more concretely to your question, in our respective sectors, even if we are not the worst polluters, we produce quite a lot of waste.

We can do better and demonstrate that it is possible to reduce our carbon impact.

– Fashion is a form of theater that carries a message about society and can drive change.

She shows how to be poetic, how to dream and be ambitious without doing any damage!

Cate Blanchett, thanks to your job, you were able to wear clothes from all eras, even Queen Elizabeth's clothes, which were not very practical...

– Everything can be reinterpreted today, Nicolas Ghesquière

has done well with basket dresses in its fashion shows!

I love inhabiting these silhouettes as much as their spirit: it's the great privilege to enter the imagination of creators.

For me, even if obviously the relationship with the director is essential, when I have to interpret a character, it is with the costume designer that I start the conversation, with him that the psychology of the character takes shape.

Basically, there is a big difference between what we think we are, who we aspire to be and who we really are… Often, we dress either to hide or to reveal ourselves.

Fashion understands this perfectly, it accompanies and facilitates our desires, our aims and our inspirations.

– Today, fashion no longer prescribes clear lines to follow, everyone can draw from a thousand different wardrobes without having to show who they are…

People often ask me questions about identity, but – and maybe that's why I'm an actress – my identity is so fluid!

Obviously I am not an amoeba, I have a solid moral base and strong convictions, but my identity is fluid…

I started doing theater as a teenager, in a national company.

For a while, I even thought I was going to make it my career.

It's interesting what you say about building a character through clothing.

Me, I first think of a character to define his look.

So it's not the habit that makes the monk…

– No, it's the monk who makes the habit, the character defines the clothes.

For a collection, I create my little universe with six or seven characters…

– Thank you… I write their whole story, their background… It's a lot of work, too much writing!

But all this information defines the garment, the cut, the material, the details, what the person can do with it and in what situation...

Artists, by definition, you live from the desire of the other: is this need for public recognition a brake or a driving force?

– Paying attention to how you are going to be welcomed before you even start work is putting the cart before the horse, a dangerous way of working.

One cannot first think of what is going to happen.

I imagine it's the same for a collection, you just have to move forward, one step at a time.

I forbid myself to think about the outcome, or how the result of my work will be perceived.

Otherwise, I could not move forward…

– We wouldn't get up in the morning anymore… But it takes courage.

I, for example, am filled with fears and doubts.

But at the end of the day, we get up and do what we have to do.

When the film comes out, I go back under the duvet thinking: “Anyway, no one is going to see it”… and that's often the case!

The idea of ​​doing everything so that people like it is so unpleasant, precisely.

And at the same time, it's so brutal to be seen, to do a job that lives off the public...

Do the prices help to move forward?

– I experienced something very strange this year, and very unexpected: I received three important prizes.

You have to understand that as an Australian, I would never have imagined being recognized and awarded outside of my culture.

I still can't believe it, it's very intimidating for me, and I imagine you, Steven, must feel the same way when this international group that is LVMH gives you an award….

At the same time, the prizes are rewarding, but it is the failures that allow us to learn.

The path to success – whatever that means – is a bumpy road.

I know, it sounds a bit like advice from a mother, but it's so true: you don't learn much by winning a prize, you shouldn't lock yourself into it.

Cate Blanchett, based on your experience, would you have any advice to give her?

Ask my children, I am constantly on their backs…

So, a question you would like to ask him?

What music inspires you?

And: where do you see yourself in five years?

I'm obsessed with it, I listened to it a lot during the preparation of this collection.

And in five years…

I hope to be happy and in agreement with my choices.

No, don't answer, call me next week!

Cate Blanchett and Steven Stokey Daley: “Often we dress either to hide or to reveal ourselves” 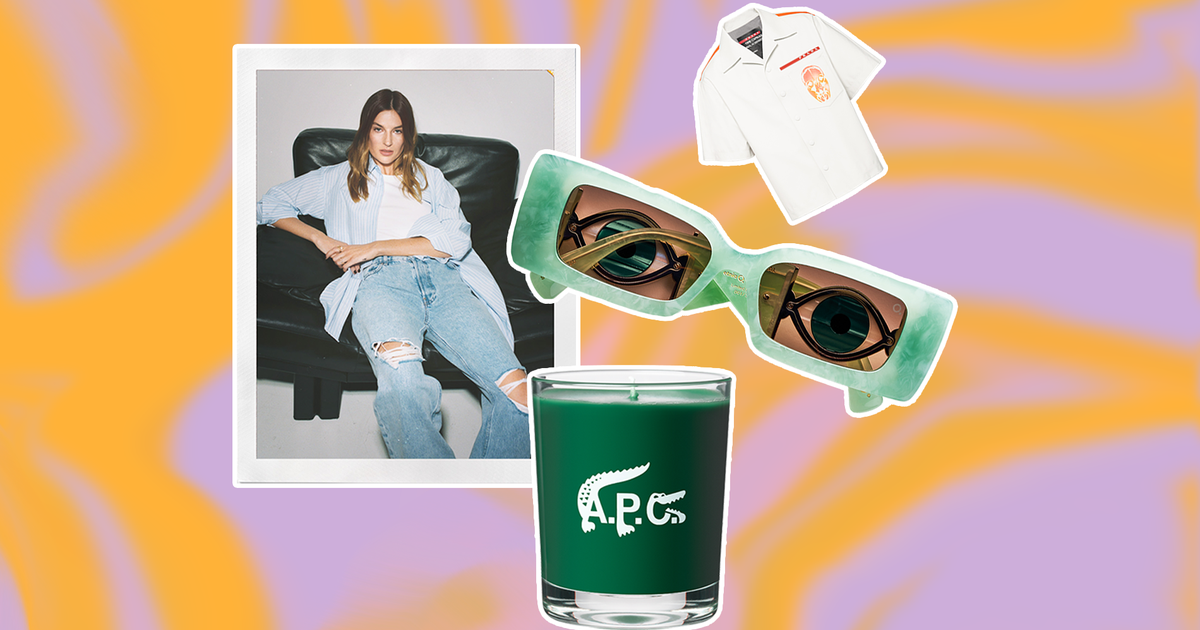 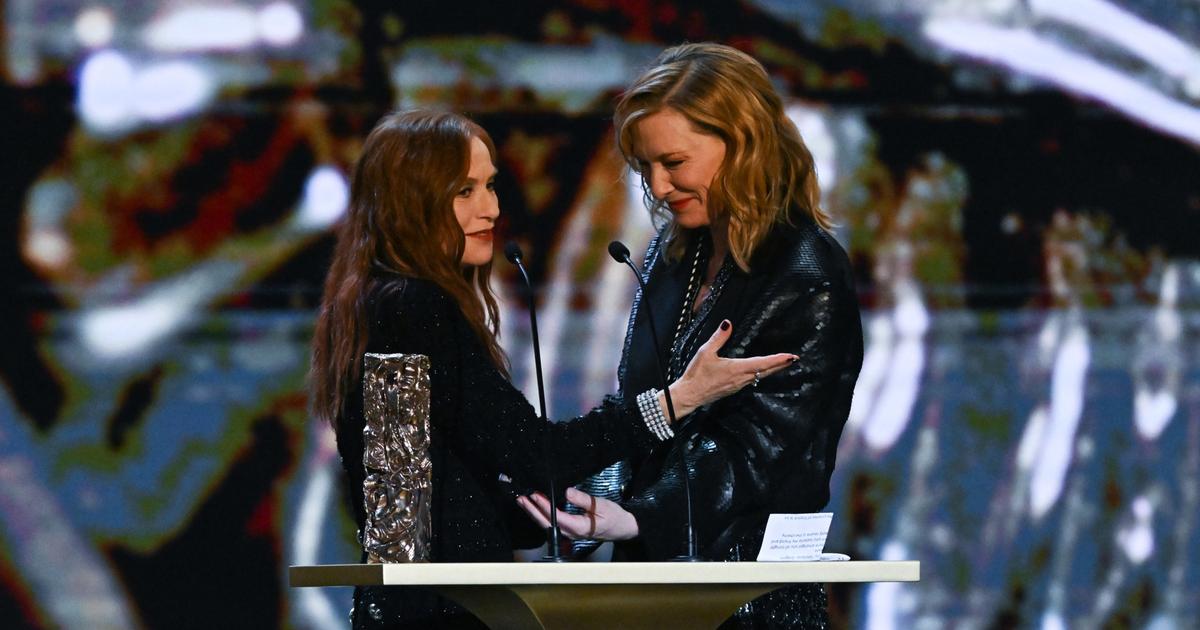 Fell from her feet: Selena Gomez's leak on the red carpet - Walla! Fashion 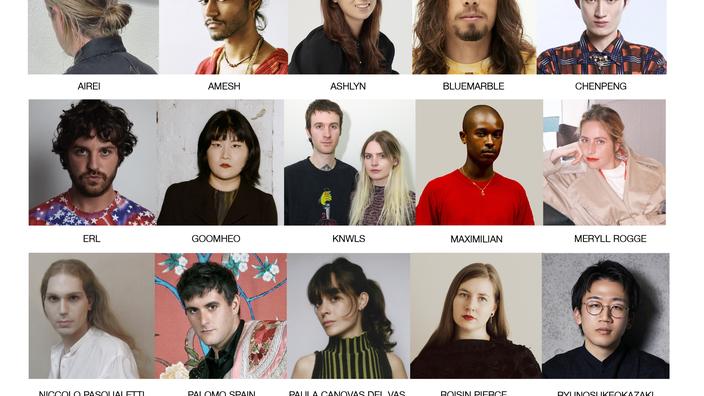 The LVMH Prize announces its semi-finalists 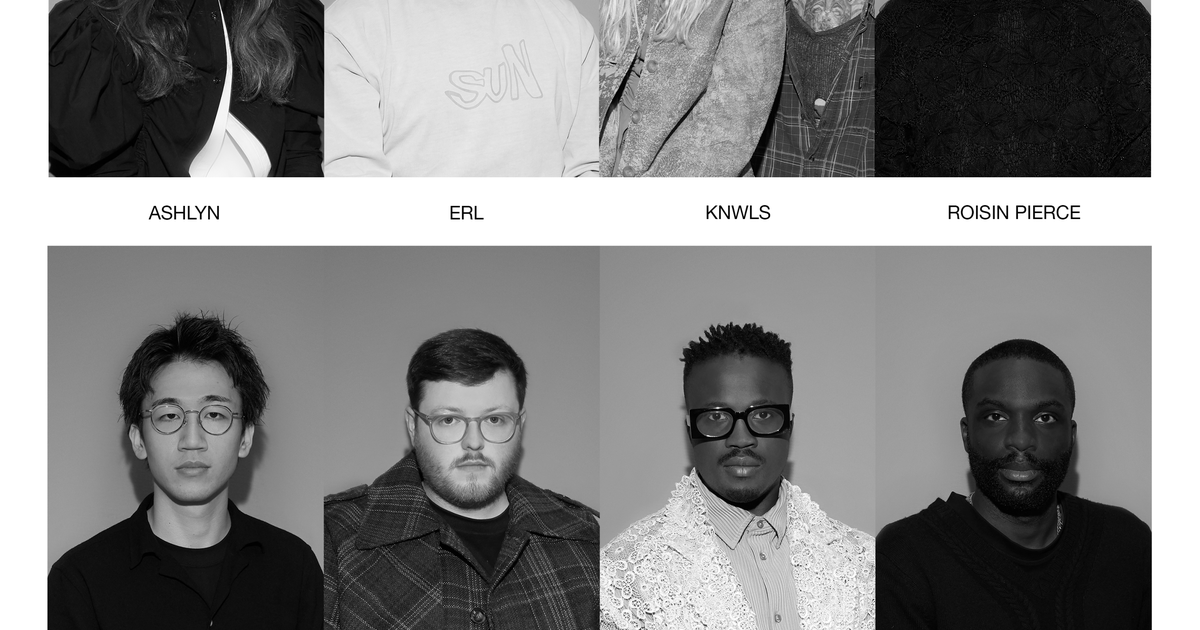 Who will be the next Jacquemus? 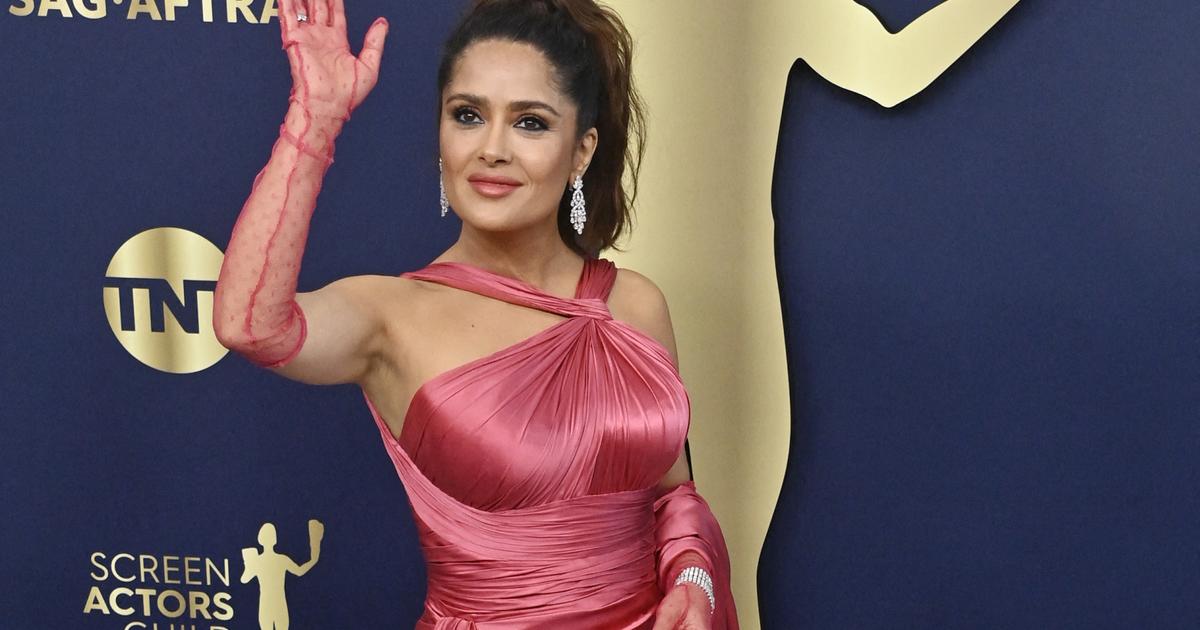 Colors, sheaths and necklines: the looks of the SAG Awards 2022 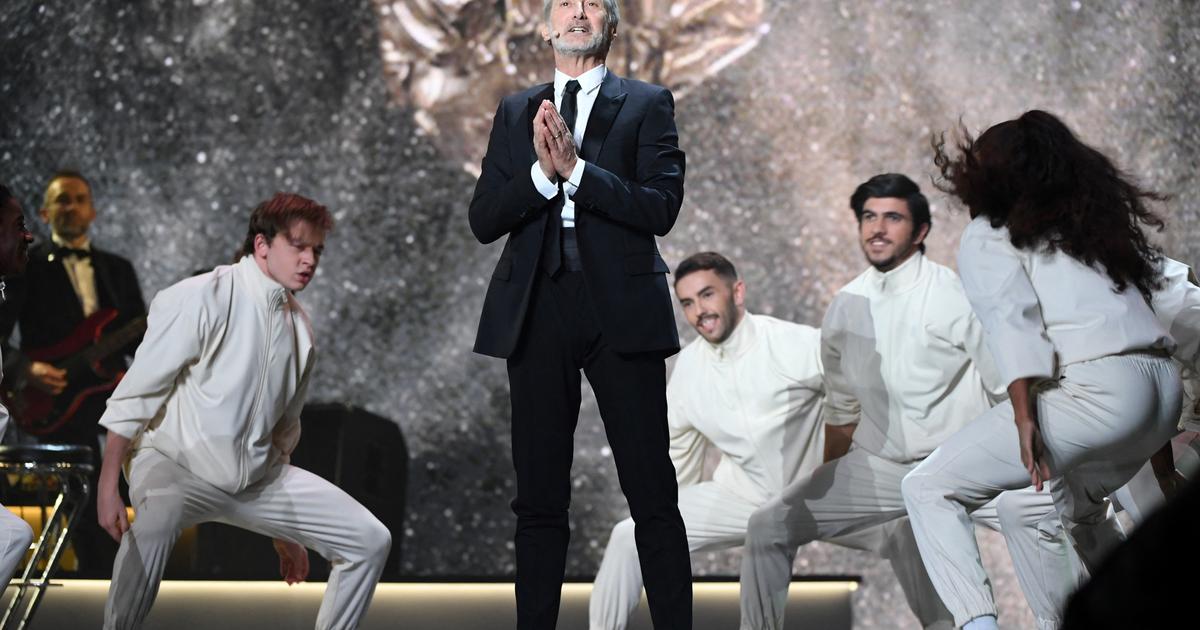 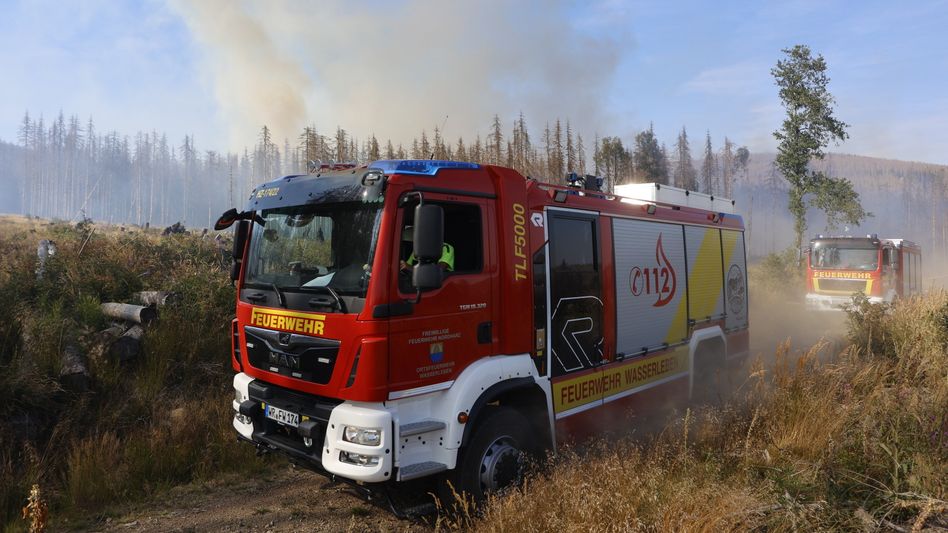 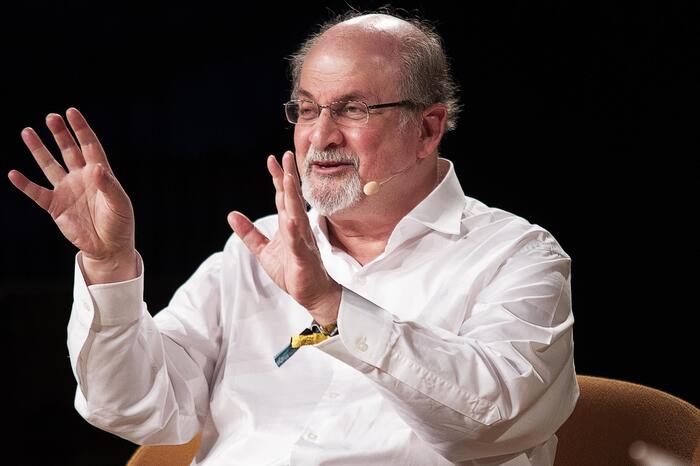