After a smaller format 2021 edition, due to the pandemic, the Rencontres d'Arles are unfolding this year with forty exhibitions. The Madame Figaro-Arles Photo Prize, created in 2016, is entered for the sixth time. Among the photographers participating in the festival, eight women... 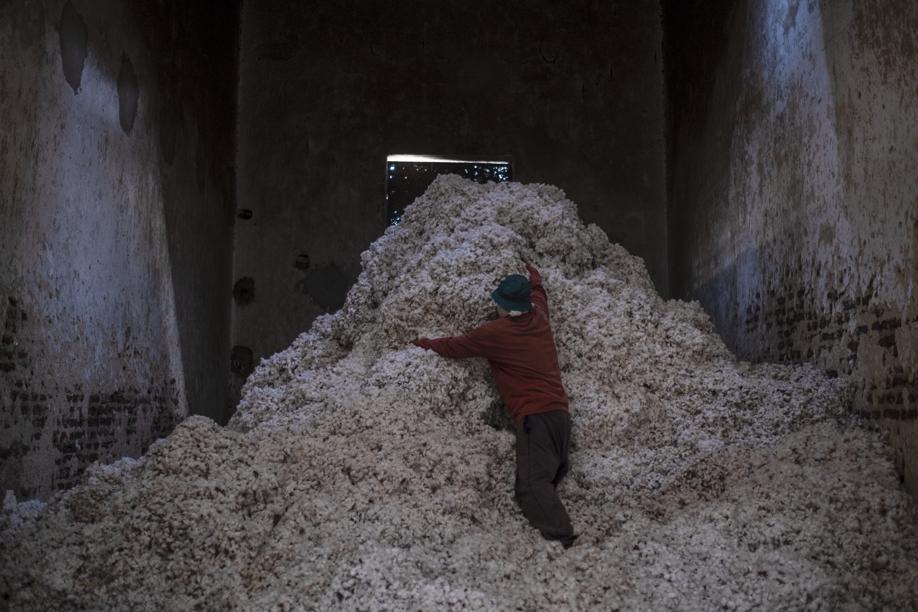 She works on the identity, visibility, memory and representation of black people.

The daughter of parents born in British Guiana, she is particularly interested in the lived experiences of Caribbean communities, and in the relationship to their place of origin.

She uses drawing, video and different photographic media, and offers installations that incorporate the architecture of exhibition spaces.

In 2022, an artist residency at Loghaven Artist Residency (Knoxville, Tennessee) and an exhibition at the Hartnett Gallery (Rochester, New York) are planned.

The gel transfer technique, which has become his signature, thus leaves visible traces of abrasion specific to each place of exposure.

Mika Sperling is the youngest of eight children, born in northern Siberia in 1990, where her family lived for twenty years before moving to Germany when she was one.

She studied photography and book design at Darmstadt and Bielefeld University of Applied Sciences, then at the San Francisco Art Institute, where she earned an MFA in 2018. Her work combines photography and writing. on questions that she draws from her childhood, with the objective of facing her inner fears and overcoming her traumas.

I Have Done Nothing Wrong

asks the question: how to break a family and societal taboo?

By speaking, or alternatively by taking photographs.

The title of the project, evocative, is polysemous: on the one hand, it quotes the words of a grandfather refusing the accusations, and on the other, reveals the voice of a confused child.

Today, Mika Sperling, armed with her vulnerability and driven by her resilience, rejects shame by surrounding it with images and words.

I Have Done Nothing Wrong,

Prix Découverte Louis Roederer, at the church of the Frères-Prêcheurs.

Born in 1988 in France to Algerian parents, Maya-Inès Touam claims the point of view of an emigrant granddaughter to build her work between the shores of the Mediterranean, bringing into play an identity that is both intimate and foreign.

A graduate of the Beaux-Arts de Paris in 2013, she conducts research that is both anthropological and dreamlike, using different media (photographs, drawings, sculptures, etc.) and using personal or symbolic objects.

In 2017, she was awarded by the Alliances Foundation in Morocco.

In 2021, during a residency at Fondation H in France, she extends her research to the diasporas of the African continent in the country, offering a postcolonial look at immigration.

What creative space for a woman and a child of Algerian immigrants?

It immerses itself in the work of the French painter, draftsman and engraver Henri Matisse (1869-1954), and offers a new visual vocabulary, playful and thought out in rhizome.

Born in 1994 in Courbevoie, near Paris, Perrine Géliot graduated from the Beaux-Arts de Paris in 2020, exhibited at the Silpakorn Gallery, in Bangkok, as part of a residency at Silpakorn University in 2018. In 2021, his work was shown alongside that of other young artists in the exhibition

at the Palace of Fine Arts in Paris.

She was nominated for the Tara Ocean residency.

His photographic objects offer a vision of a dream landscape, where sculpture and image mingle, photography becoming a material in its own right.

His exhibitions evoke travel and dreams in a physical and contemplative approach.

“It's the magic of an image that appears in the dark that led me to photography.

At the Commanderie Sainte-Luce, for this exhibition that I am sharing with Sandra Rocha, I am offering a photographic journey to the heart of the image and its possibilities.”

Sandra Rocha and Perrine Géliot, first edition of the Pernod Ricard Mentorship, at the Sainte-Luce Commandery.

An image from the series

Born in 1977 in Halle (Germany), she graduated in Darmstadt in 2002 in design and communication with a focus on photography.

From 2007 to 2011 she studied at the Academy of Visual Arts in Leipzig, Sylvia Ballhause participated in several group exhibitions and international festivals.

In 2018 she took care of the Darmstadt Days of Photography.

She thus comments on her series

: “In August and September 2012, I worked as an artist in residence on the island of Halsnøy, on the west coast of Norway.

During this residency, I often walked along the coast.

Very quickly, I realized that I could not exclude the landscape that surrounded me from my work.

But the landscape of the island did not inspire me as much as the sky, No moment, no form never returns.

Only photography can capture the different shapes of clouds and classify them.”

, The Songs of Heaven, at the Monoprix.

Focus on the Photo Prize

The prize recognizes a woman whose work combines excellence, originality and vision of the world.

The image is part of the DNA of

, who has long liked to combine creation and photography.

She will produce a series in the pages of

and will receive an endowment of 10,000 euros with the support of Women in Motion, a Kering programme, which will enable her to offer some of her prints to the Rencontres d'Arles.

BMW has also been a partner of the prize since its creation.

This visual artist explores the concepts of memory.

Born in Cairo in 1991, she received her Bachelor's degree in Boston.

She believes in the ephemeral nature of the experience.

Experiences, objects and moments in the physical world only last when they are transmitted.”

For her, a photograph is an object that contains memories and meanings.

His work, shown in London, Boston, Paris, Cape Town and Bamako, links past and present.

The exploration of time, like introspection, allows him to understand himself.

A Crack in the Memory of My Memory.

at the 12th edition of the Bamako Photography Biennial and was awarded the prize of the Center Soleil d'Afrique.

"The first seeds of my identity were planted in El Mehalla Al Kobra, where I was born," she says in the preamble to her

series on El Mehalla, the city of Egyptian cotton, an important center for the harvesting and weaving.

is a search for its identity and national identity.

If a tree falls in a forest,

to the Cruise area.

Born in Calcutta in 1973, Sukanya studied painting at the Fine Arts department of Baroda University, and animation at the National Institute of Design in Ahmedabad.

She is the winner of the FLOW Photo Festival Wall Exhibition in 2020. She has also received commissions for Five Million Incidents (series of events organized by the Indian Goethe Institut and the Raqs collective) and Flash France 2017-2018.

A multidisciplinary artist who works in painting, photography, animation and film, she is interested in the small details of urban life, popular culture and how our memory changes.

In recent years, Sukanya has worked on found and discarded photographs from his personal archive.

“These works were conceived from gelatin photographs of

money from my own family's archives, most of them faded, damaged and with no indication of provenance.

They have become the framework from which the work allows viewers to be drawn into an immersive experience of crystallized time.

Bani Abidi was born in 1971 in Karachi, Pakistan, and now works between Berlin and the Pakistani capital.

She uses video and photography as a medium to comment on politics and culture, often using humorous and absurd vignettes.

She studied visual arts at the National College of Art in Lahore and the School of the Art Institute in Chicago.

His work is exhibited in the collections of the Museum of Modern Art and the Guggenheim Museum, New York;

the Spencer Museum of Art;

from the Margulies Collection in Miami.

It is also shown in other collections of private as well as public institutions. 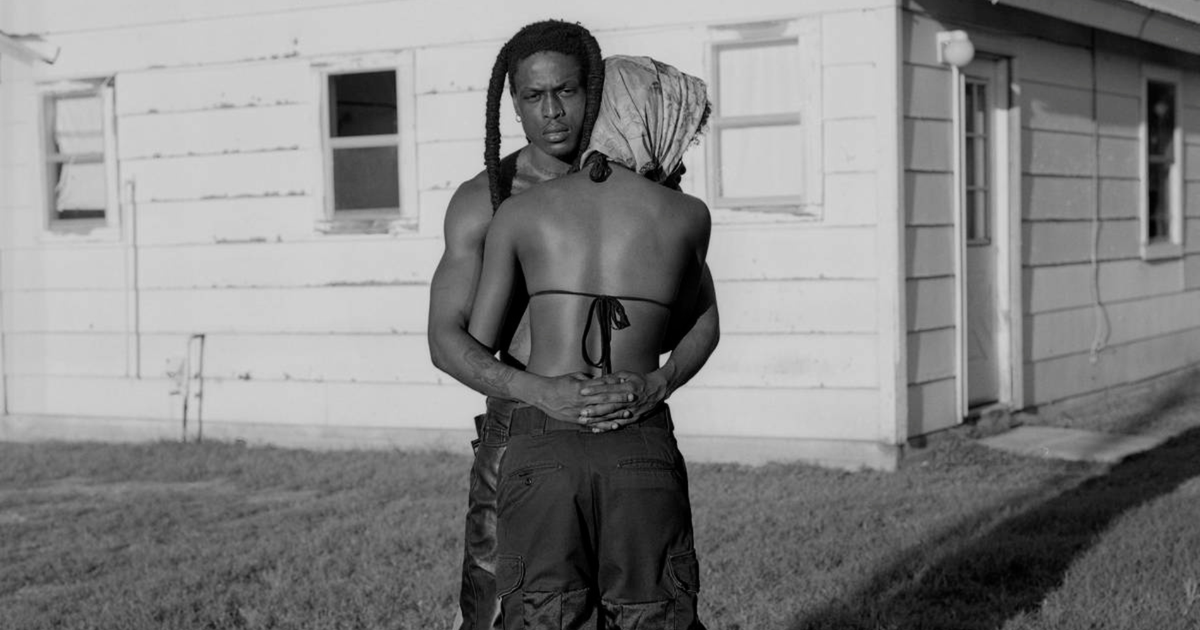 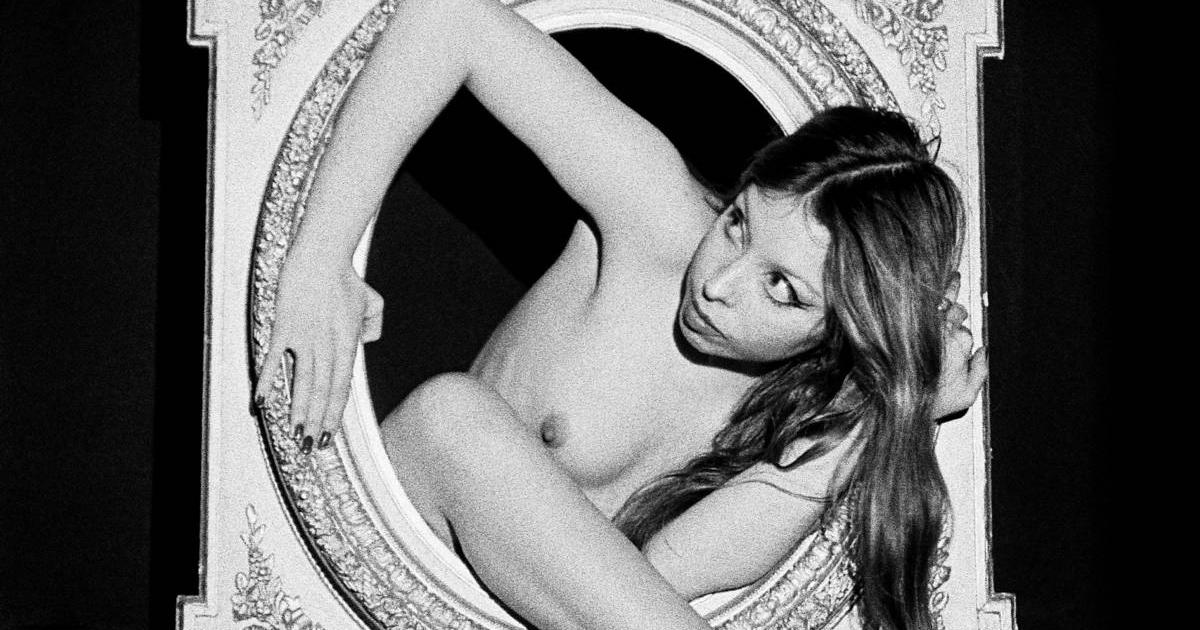 In Arles, the political and subversive images of the pioneers of feminist art 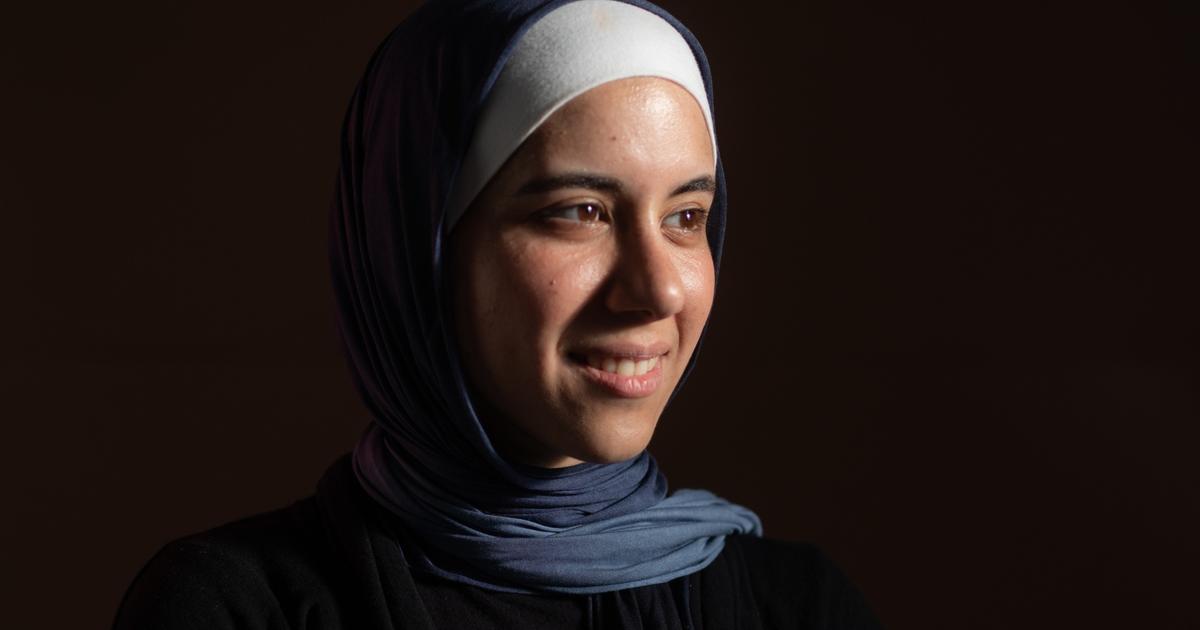 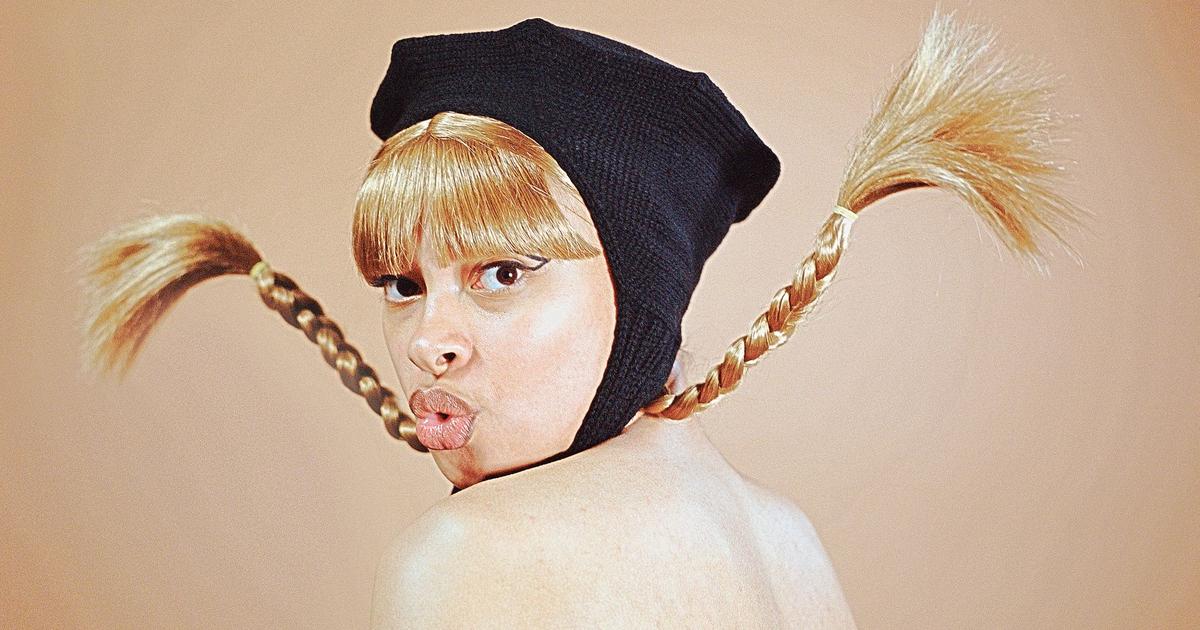 In Arles, young photography in the sights of Dior Parfums 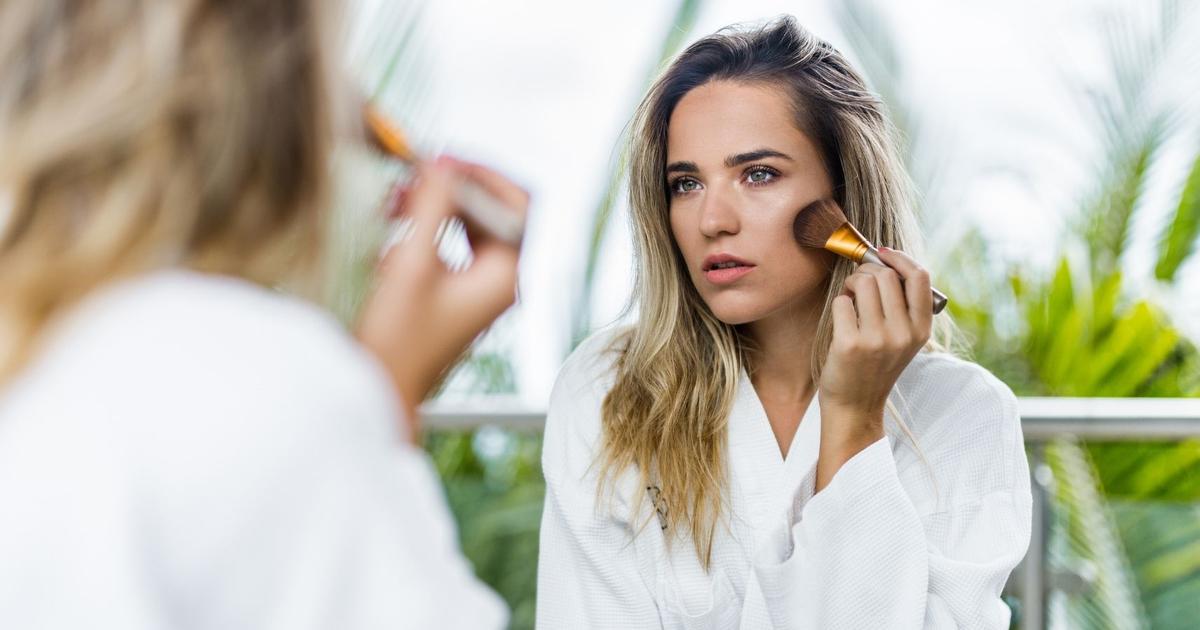 The 5 best products for a perfect complexion 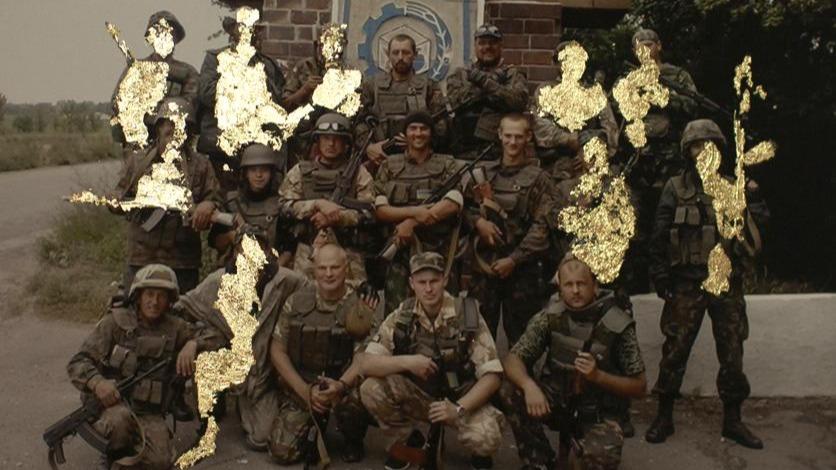 Wiktoria Wojciechowska, Donbass photographer: "I wanted to show what these soldiers and their families were going through" 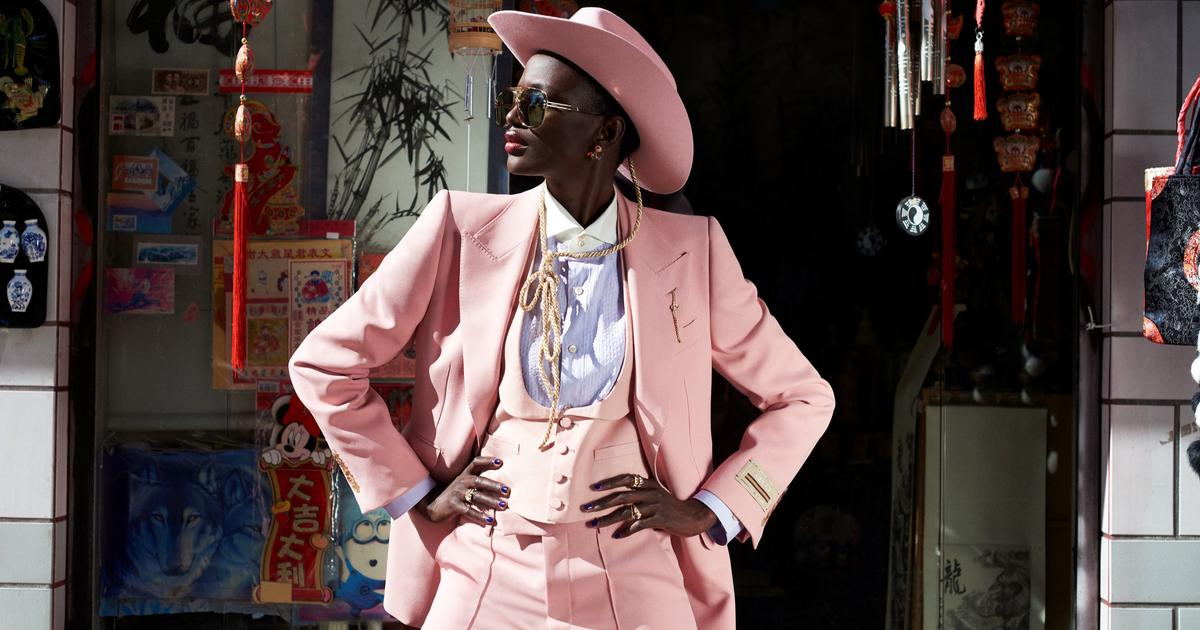 Eythar Gubara, winner of the Madame Figaro-Arles 2021 Photo Prize: "I photograph women like heroines, what they are in life" 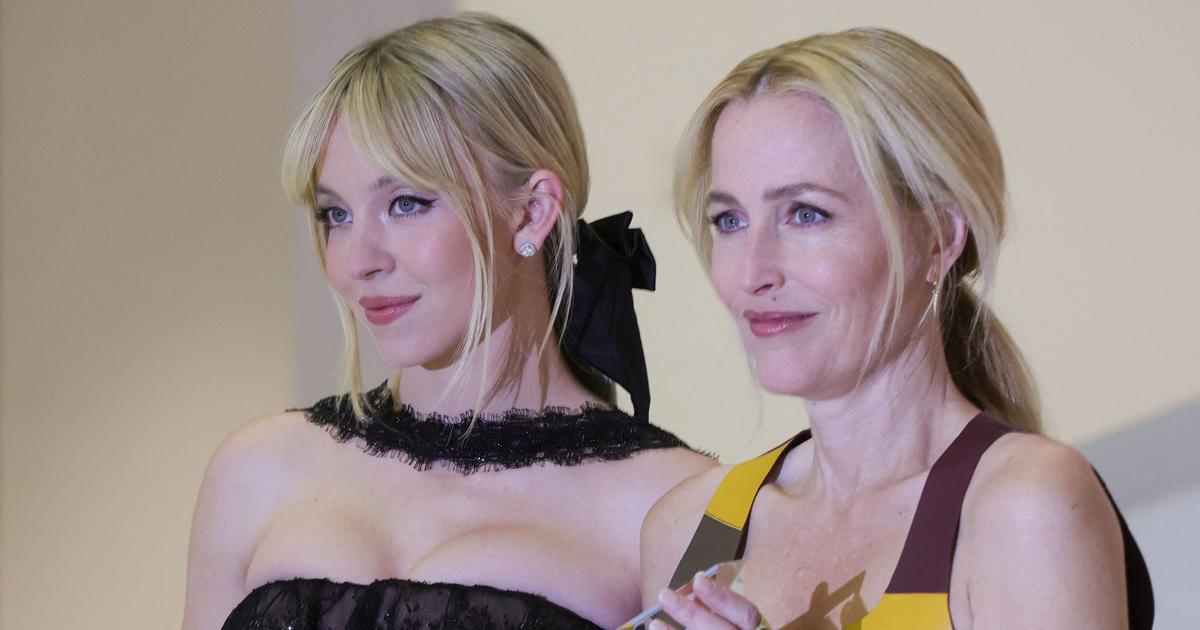 After the din of Halo, CanneSéries heads for dreamlike and baroque