Do not fly to Europe! A queue of 1.5 km passengers at the airport - Walla! Tourism

The unimaginable queue of passengers documented outside Amsterdam's Schiphol Airport meandered for more than a mile and a half in the open air. Watch Walla! Tourism

Do not fly to Europe!

A queue of 1.5 km passengers at the airport

The unimaginable queue of passengers documented outside Amsterdam's Schiphol Airport meandered for more than a mile and a half in the open air.

If you are on your way to the Netherlands, you are asked to arrive with a minimum of luggage

We have been accustomed lately to seeing endless queues of passengers struggling to get to their flight on time.

These are due to massive delays in check-in and security checks at airports across Europe, the United States and Australia.

But it is possible that Amsterdam's Schiphol Airport set a new record yesterday (Monday) morning, in terms of the number of passengers queuing to get to the first checkpoint.

Traveler Erwin George, a lecturer in the Department of Urology at the University of Michigan in the United States, tried to return home after attending a conference in Amsterdam.

He filmed a video showing the long queue of passengers, standing one after the other for more than a mile and a half outside the airport terminal.

In fact, the endless line of passengers extends far beyond the temporary tent complex designed for just this purpose - to accommodate the expected queues at the airport, which we recently reported at Walla!

Strikes, sanctions, cancellations: Do not fly to Europe on these dates this summer

Three hours just to get to the checkpoint

George said the video he took from the back seat of the taxi with which the airport arrived documents only about 60 percent of the entire queue.

He said security personnel told him that on Monday morning, the average wait to arrive at the first checkpoint alone was about three hours.

Similar scenes developed today (Tuesday), and many complained in despair about the situation.

"It was the worst experience of my life," said Lizzie, an EasyJet passenger.

More than any other airport in Europe, Schiphol seems to be dealing with great difficulty with the sudden return of passengers.

This is after the dismissal of many workers, including security inspectors during the Corona plague.

Naturally, this is a lengthy process, as security teams are required to undergo in-depth background checks.

In an effort to reduce the delays and disruptions that have plagued the airport over the past few months, Schiphol has artificially limited passenger load ratios, informing airlines that it can handle no more than 67,500 passengers a day throughout the month of July.

And yet, passengers are asked not to arrive too early

The Dutch national airline, KLM, which is headquartered in Schiphol, has also reduced the number of flights by 13,500 a day due to a shortage of security staff.

Yet despite the chaotic scenes seen yesterday and today in Schiphol indicate that they will be able to increase their capacity ceiling to 73,000 passengers a day, starting August 1st.

"All efforts are focused on minimizing the impact on passengers," said Patricia Vitalis, chief operating officer at Schiphol Airport.

"In July, most airlines and travel agencies indicated that after making some adjustments, the vast majority of passengers would be able to go on vacation. We are grateful for the tremendous effort of our partners, passengers and colleagues, which is required to make this happen."

Do not fly to Europe! A queue of 1.5 km passengers at the airport - Walla! Tourism

Extraordinary warning to flight attendants and pilots: Do not send luggage to the plane - Walla! Tourism

One of the signs of aviation chaos in the world: Airlines are "losing" children - Walla! Tourism

Despite the hustle and bustle in Europe, Israelis are also choosing low-cost for this coming summer - Walla! Tourism

Familiar with the free solution that shortens the queue at Ben Gurion Airport? A guide to flying on Passover - Walla! Tourism

Europe collapses: in Amsterdam flights are restricted, in Germany hundreds of flights are canceled - Walla! Tourism

Step by step: what to do when the suitcase gets lost at the airport? - Walla! tourism 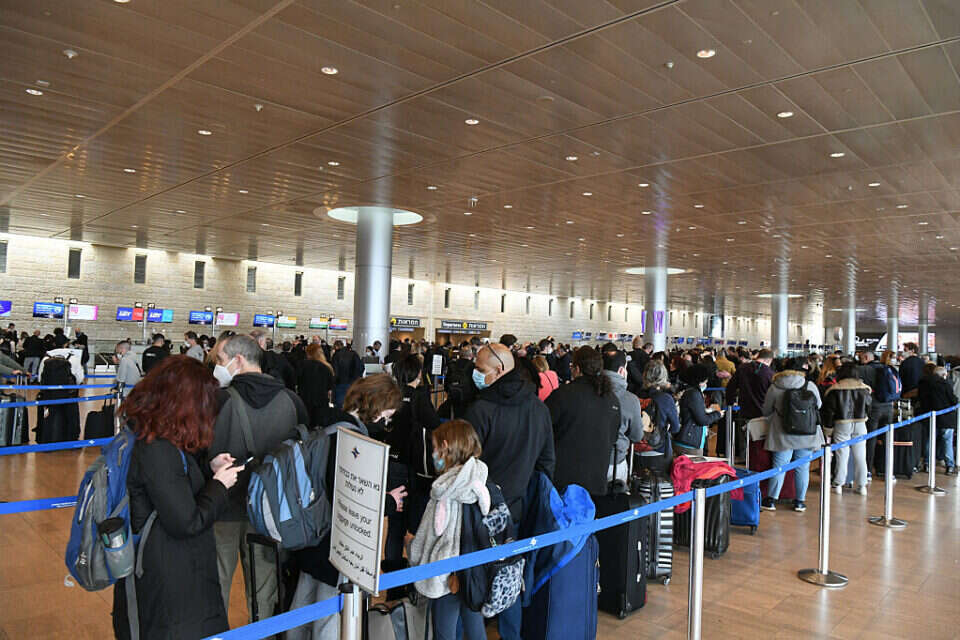