Killed a commander in the north of the Strip. Abu Mazen: we condemn the Israeli aggression (ANSA)

Hail rockets were fired from Gaza to the south and center of Israel where alarm sirens had previously sounded.

This was announced by public TV according to which there have been various interceptions by the Iron Dome.

So far there are no reports of victims.

Missile warning sirens are ringing in parts of southern Israel.

The military spokesman makes it known.

Among the areas, those of Ashkelon, Yavne, Ashdod where the population is going to shelters.

The United States urges all parties to avoid further escalation.

This was stated by the spokesman for national security of the White House, John Kirby, about the tensions in Gaza where Israel has launched the 'Breaking dawn' operation.

The military spokesman said that "special forces and artillery" have hit "six military posts" of Islamic Jihad in the Strip.

"A number of the organization's operatives - he continued - were neutralized during the attacks."

Israeli Defense Minister Benny Gantz authorized the recall of 25,000 soldiers from the reserve.

This was announced by commercial television Kan.

Their framing, the broadcaster noted, will take several days during which it will be possible for Israel to verify whether the crisis with Gaza can still be contained, or whether it is destined to spread.

Abu Mazen's presidency condemned "the Israeli aggression against the people in the Gaza Strip" and called for "an immediate end".

The Wafa agency reports that the Israeli "occupation forces" are "responsible for this dangerous escalation".

Abu Mazen's presidency called on the international community "to force Israel to stop the aggression".

Thousands of people attended the funeral of Tayassir Jaabari, the Islamic Jihad military commander responsible for the northern sector of the Strip, killed today in an Israeli attack on the Gaza City apartment where he was hiding in Gaza today.

His body was transferred from the Shifa hospital to the al-Amari mosque - in the old city of Gaza - and then to the Sajaya ward where he lived and where he was buried.

In the crowd - despite the high personal risk - the leaders of the al-Quds Brigades, the military wing of Islamic Jihad, stood out.

Unmanned planes of the Israeli military aviation could be seen in the sky.

"Our reaction will not be long in coming," Islamic Jihad warned during the funeral.

Apparently this was a warning for an upcoming rocket launch towards Israel.

An atmosphere of war was immediately created in Gaza.

Many took advantage of the first hours of uncertainty to run to petrol stations, to crowd supermarkets and fruit and vegetable markets.

There is also a strong fear among the population that a new military confrontation with Israel could cause further cuts in the supply of electricity, which is already reduced to six consecutive hours every sixteen.

The Israeli army confirmed the

organization were killed during the

Among the victims there is also a 5-year-old girl.

According to the same sources, the budget is set to rise further.

"The army just hit Islamic Jihad targets in Gaza. This is an operation to remove a concrete threat against Israeli citizens and in areas close to Gaza."

"The government of Israel will not allow terrorists to threaten citizens. Anyone who tries to hit us knows that we will reach them."

The Israeli army has called the operation launched in Gaza against Palestinian Islamic Jihad 'Breaking Dawn', a definition which means 'the arrival of a new day'.

The military spokesman said this, adding that "a special alert" was declared on the country's home front.

The Iron Dome, the missile defense system, has been deployed to cover up to 80 kilometers inside Israel, including Tel Aviv and Modin.

TEL AVIV IN THE SIGHT

"Tel Aviv and all the other Israeli cities are in our sights": said the political leader of Islamic Jihad Ziad Nahaleh, quoted by Israeli public radio. "In this campaign we do not place any red lines.

Tel Aviv will be our goal.

We will hit all the cities of the occupiers.

In the next few hours they will see our reaction. "According to Nahaleh, all Palestinian armed factions must join in this effort. The broadcaster noted that Nahaleh, which normally operates from Beirut, was on an official visit to Tehran two days ago.

Israel is hitting targets in the Gaza Strip.

In the Israeli rear, the state of alert has been raised.

More details will be provided later, the spokesperson added.

"The situation in southern Israel is tense. We are not looking for a conflict, but we will not hesitate to defend our citizens, if necessary": this is the message addressed today by Defense Minister Benny Gantz to the leaders of Gaza, after repeated threats. in recent days by Islamic Jihad to conduct attacks on Israel.

"To our enemies, especially the leaders of Hamas and Islamic Jihad, I want to say that time is up. This threat will be removed, one way or another."

The escalation on the border between Israel and Gaza came four days ago following the capture of Bassam a-Saadi, the head of Islamic Jihad in the West Bank.

The military wing of his organization has decreed a state of maximum alert among the militiamen and has threatened attacks.

Israel fears in particular anti-tank rocket attacks from Gaza against Israeli vehicles passing along the edge of the Strip and has closed several arteries and a section of the railway to traffic.

Gantz also accused Hamas and Islamic Jihad of "holding hostage" the people of the Strip and of being the cause of their suffering, due to the prolonged closure of the crossings between Gaza and Israel.

In an attempt to avoid an escalation, Egypt has mediated between Israel and Islamic Jihad.

A UN exponent, according to the media,

he also visited a-Saadi's family to reassure them about the health of his relative after news of his being injured during his capture.

Addressing the international community, especially those who have tried to calm the tensions, Gantz assured that "Israel behaves in a responsible and controlled manner". 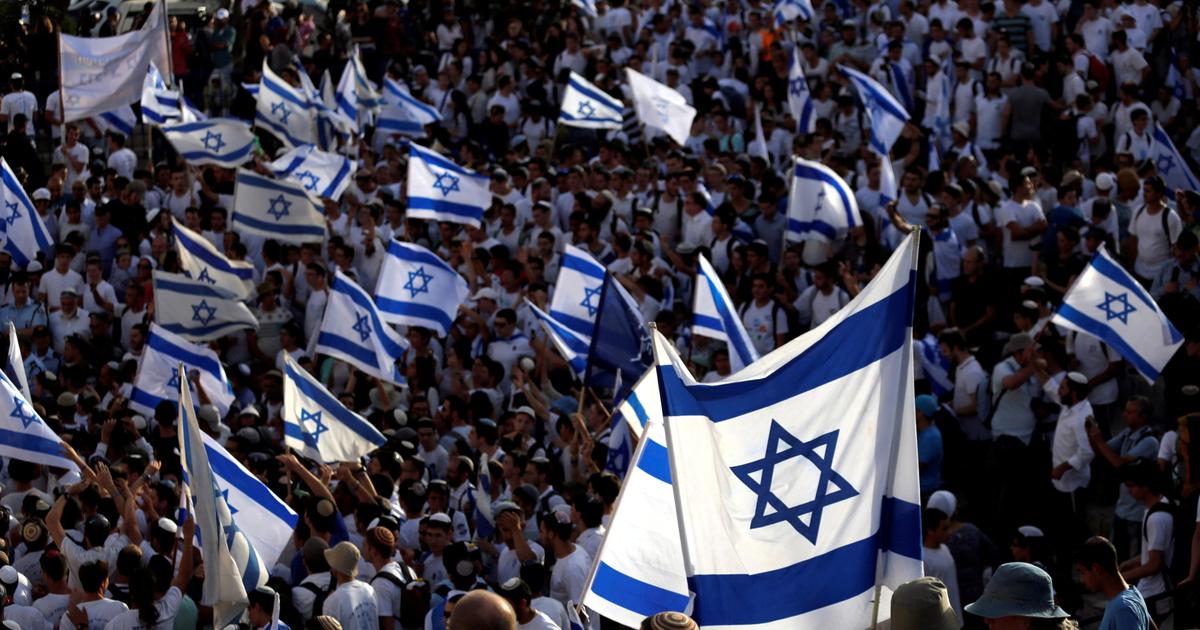 Israel: fears of violence for the "flag march" in Jerusalem 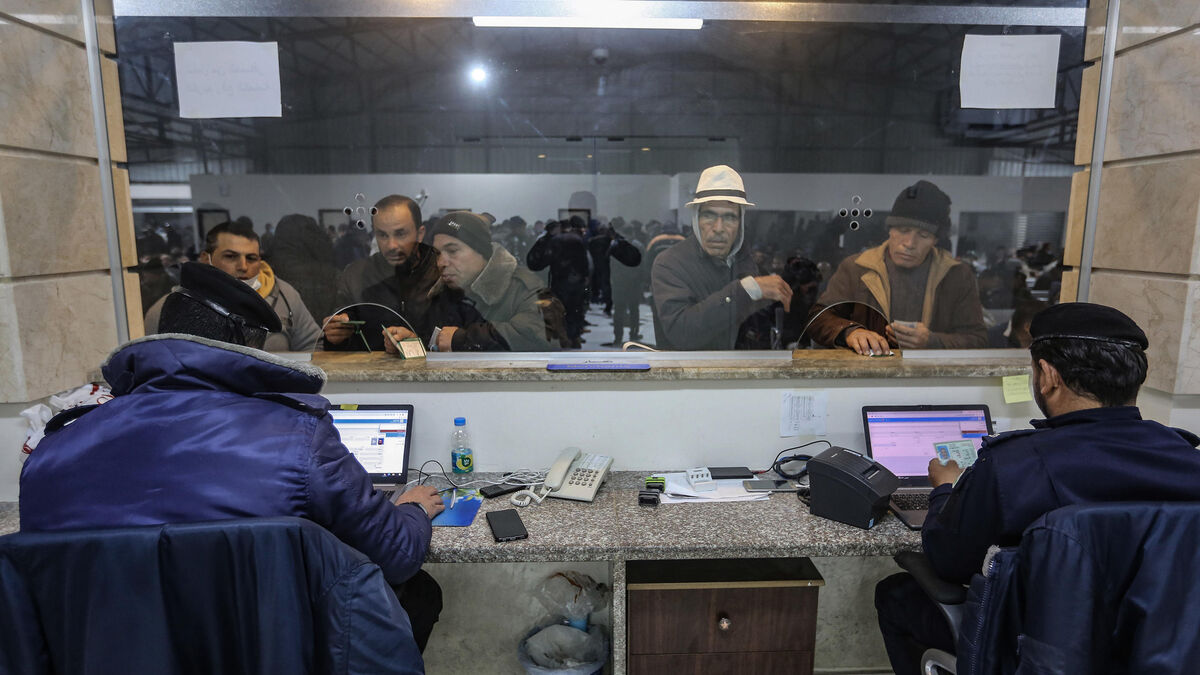 What has changed in this escalation? The Gazans have a lot to lose - Walla! news

"We attacked an important and significant target of Hamas, responding disproportionately to the shooting from Gaza" - Walla! news 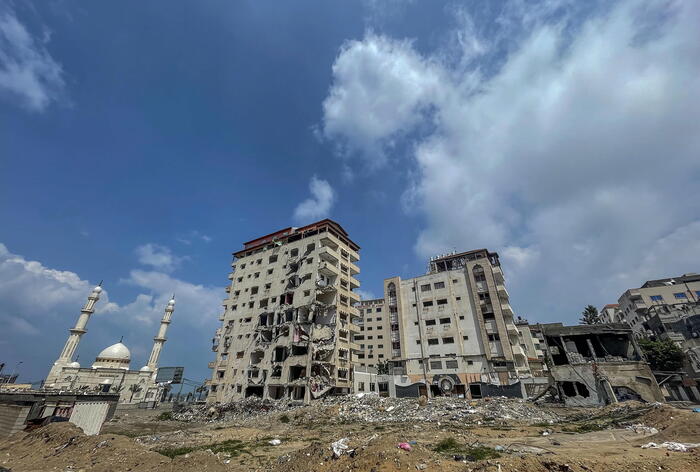