Waiting for Calenda's moves. + Europe: the pact is fine

It is awaited for the next moves by Carlo Calenda after the "pact for the Constitution" made yesterday by the Democratic Party with the Italian Left, Verdi and Di Maio. The Action leader will speak in the early afternoon on TV. While waiting for the interview, from Lucia Annunziata to In mezz'ora, + Europa is speaking, reaffirming support for the "government pact" between Letta, Calenda and Della Vedova. (HANDLE) 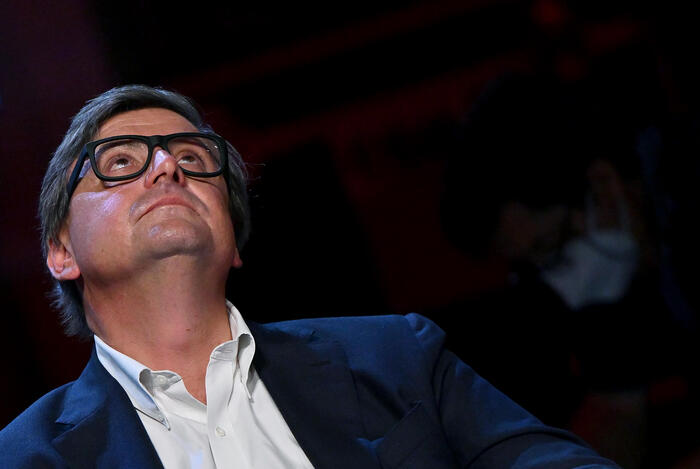 It is awaited for the next moves by Carlo Calenda after the "pact for the Constitution" made yesterday by the Democratic Party with the Italian Left, Verdi and Di Maio.

The Action leader will speak in the early afternoon on TV.

While waiting for the interview, from Lucia Annunziata to In mezz'ora,

is speaking , reaffirming support for the "government pact" between Letta, Calenda and Della Vedova.

The Secretariat of + Europe reiterates its strong appreciation for the pact signed last Tuesday by the Federation + Europe / Action with the Democratic Party.

In particular - informs a note - the Secretariat appreciates the words used yesterday by the Secretary of the PD Enrico Letta, who reiterated how the pact between PD and Federation + Europe / Action is a government agreement based on the Draghi agenda and on the European position and Atlantic of our country, while the agreements with other lists are electoral agreements, aimed at not delivering the victory at the table of the alliance led by Giorgia Meloni and Matteo Salvini.

If new elements of evaluation of the pact emerge, the Management of + Europe will meet to discuss and take decisions.

One piece at a time,

Enrico Letta is building the front that will challenge FdI, Lega and Fi to the vote on 25 September

The latest agreements are that of the Democratic Party with the Italian Greens-Left and with Civic Commitment, signed in two meetings at the Nazarene, first with Nicola Fratoianni and Angelo Bonelli and then with Luigi Di Maio and Bruno Tabacci.

A few days ago, there was the one with Action.

These are separate agreements, "but compatible with each other", explains Letta.

In the sense that the Democratic Party acts as a hinge between forces that struggle to get along: Action on the one hand, the Verdi-Si list on the other, Di Maio & C on the other.

It is a road made of bends and climbs, but "necessary" explains Letta, because the electoral law requires alliances: it is the only way to try to win ". There are also distinctions not only semantic:

the one with Action is" a government pact "

, explains Letta, the one with the Greens and the Italian Left" is not ", it is" a pact for the Constitution ", to try to avoid the risk that the united right could conquer" 2/3 of Parliament.

Because at that point - underlines the Pd secretary - Salvini and Meloni could upset the Charter on their own. "The result is somewhat the effect of the Cubist framework.

On the other hand, "the electoral law does not provide for the indication of the prime minister or an electoral program before", recall from the Democratic Party.

For Letta, "the most complicated game has been closed", that of alliances.

But the definitive seal of Carlo Calenda is still missing, who is now officially called to a parallel race with Si-Verdi and Di Maio.

The Action leader will officially speak today, interviewed by Lucia Annunziata at In mezz'ora, on the agreements signed by the dem leader.

Even if the reading of those few tweets he writes is indicative: "You win with a credible government proposal, very clear in the pact signed with the Democratic Party. You lose if you add a contradictory pact compared to the first with people who have discouraged Draghi" .

From the Nazarene there is "the will to go forward in understanding with Action".

On the other hand, with Calenda there is a greater feeling if you look at the Draghi experience, to which Verdi and Si have always opposed.

But with them, Letta points out, the Democratic Party has done "a great job on environmental and social sustainability".

Fratoianni also closes the gap: "Differences must not become an obstacle to convergence. We are in the countryside to prevent the worst right from getting the better of".

While Bonelli tries to open a glimmer of dialogue with Calenda, inviting him to drink tea: "Maybe reiterating the differences, but talking is always good".

The 5 Stars remain out of any agreement, "guilty" of having brought down the government: the Democratic Party and Action do not want them, despite the pushes of the Italian Left to involve them.

That the situation is articulated is also confirmed by the division of uninominal: 70% of the seats due to the combined Pd-Action will go to the Pd and 30% to Action.

20% of the seats due to the pairing between Pd and Si-Verdi will go to Si-Verdi and 80% to the Pd.

According to the first calculations of the secretariats, the result of the orientation of the distribution should be: 59% Pd, 24% Action and 13% Si-Verdi and 4% Di Maio.

Still on the subject of seats, it is still unclear whether Di Maio and Tabacci have accepted the invitation to stand as candidates on the proportional lists of the Democratic Party: "The reasoning is in progress", explains Letta.

In addition to the one with the M5s, the day marks the definitive break also between Pd and Renzi.

Waiting for Calenda's moves. + Europe: the pact is fine 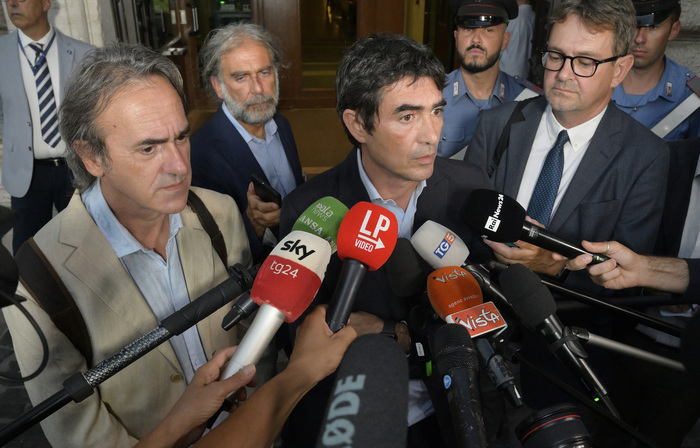 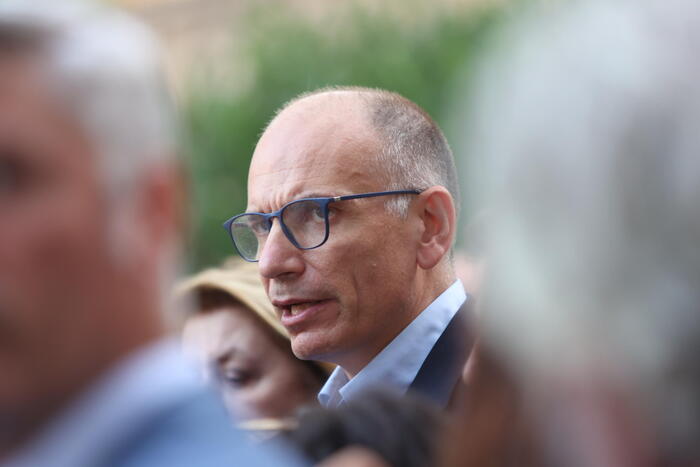 Read, with the center-right democratic alarm. Salvini, the people are sovereign 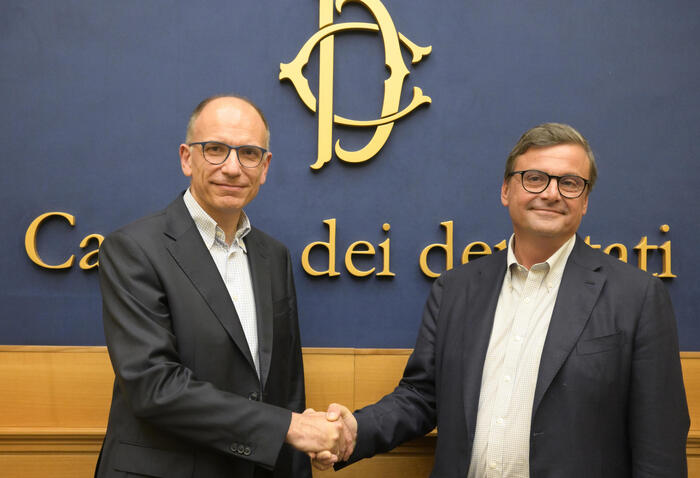 Elections: there is a Letta-Calenda agreement, tension with Si and Verdi 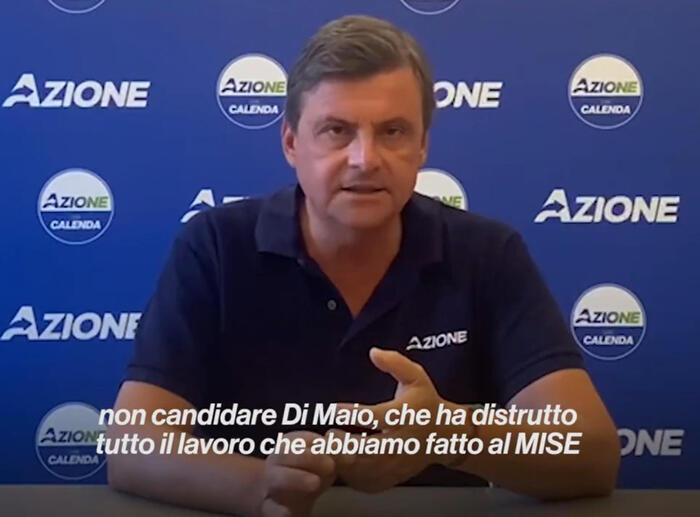 Elections: Calenda, if Letta says no, she is responsible for the breakup 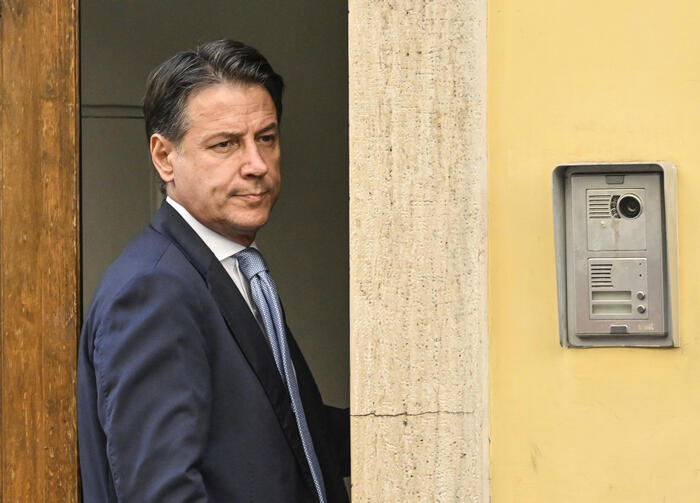 Italian left and Verdi postpone the agreement with Letta, 'further reflections' are needed Pact for solidarity and future: Hamburg and Kyiv are now city partners 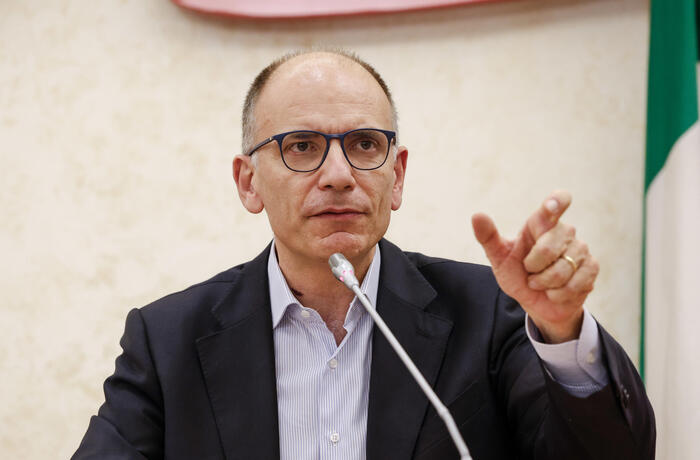 Elections, appeal by the Democratic Party: 'Proceed to the alliance without veto'