Atlantic and Mediterranean coast: why swimmers get their legs bitten

On the beaches of the south of France, summer visitors had the unpleasant surprise of being caught by a fish that had disappeared from our side

They're not piranhas, but watch out for your legs!

Since the beginning of summer, holidaymakers have been bitten when swimming in the south of France, both in the Atlantic and in the Mediterranean.

This Monday alone, on the large beach of Hendaye (Pyrénées-Atlantiques), dozens complained.

The injuries were caused by "schools of fish", according to Yann Huynh-Tot, head of the rescue station concerned.

"We are used to stings, jellyfish, but this is the first time that I have seen this phenomenon," he explained to our colleagues from Southwest.

This misadventure happened this weekend to Mathéo, a young man on vacation in Théoule-sur-Mer, near Cannes (Alpes-Maritimes).

As he was swimming in 50 cm of water, he felt something gnaw at his ankle which he kicked free.

“I didn't have any pain because I moved immediately,” he says.

A reflex that Inger Lise, on leave at Cap Taillat (Var) did not have two years ago.

This bather had her toe bitten by a species lurking in the sand, when she was having fun giving bread to the fish.

More fear than harm, but she left her nail polish there.

These leg biters have a name: triggerfish.

The species may be armed with 14 teeth at the top and 8 at the bottom, strong enough to allow it to crush shells and shells of crabs or sea urchins.

Its bites are not painful and pose no risk to humans.

There are many tropical varieties of this fish such as the Picasso or king triggerfish.

But the one that we most often come across towards the Bay of Biscay and on our Mediterranean shores is none other than the gray common triggerfish, spotted with light mottling with bluish reflections.

The appearance in the middle of summer of this species, renowned for not being afraid of humans, coincides with its reproduction phase, decrypts Benjamin Lafon, technician trainer at the Sea Aquarium in Grau-du-Roi (Gard).

This would explain the aggressive behavior of this animal, anxious to protect its nest and its territory.

During this phase, the female digs a hole in the sandy bottom to deposit her eggs and ventilate them.

During this time, the male protects the nest until hatching and prevents any intruder from approaching it.

The triggerfish is classified as a “vulnerable species”

Usually these fish are not found in swimming areas, but with the warming of the seas and oceans, they seem to be expanding their territory, as explained by the trainer of tropical species.

The increase in water temperature pushes them to hunt more intensively, sometimes to the detriment of swimmers' ankles.

As on earth, heat peaks have multiplied there.

Off the French Mediterranean coast, in mid-July, the water averages 21 to 22°C.

This year, we recorded up to 28 ° C, tells us Samuel Somot, researcher at the National Center for Meteorological Research (CNRM).

Since 2015, the triggerfish has been classified as a "vulnerable species" by the International Union for Conservation of Nature, a victim for several years of overfishing which has reduced its population.

The IUCN therefore recommends releasing it in the event of accidental capture.

After almost disappearing from our shores in the last century, global warming seems to be working in its favour. 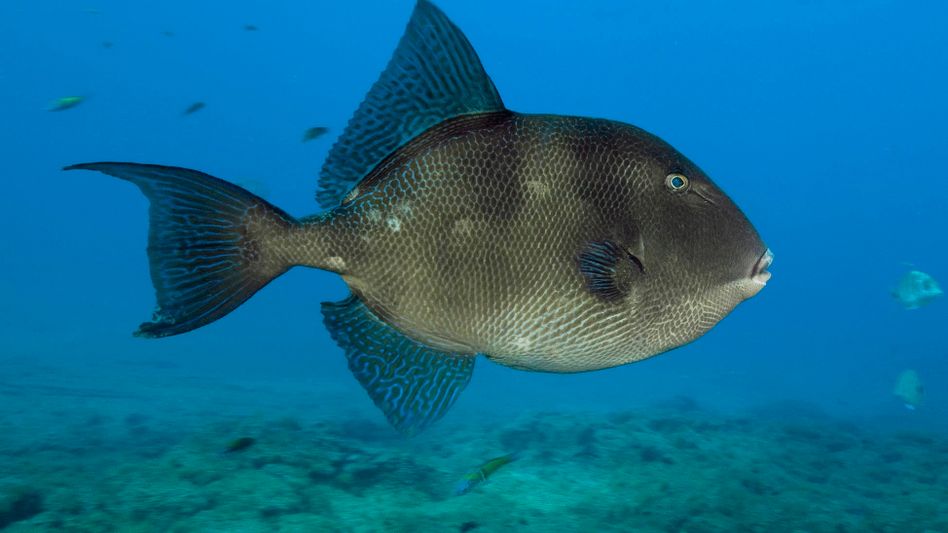 Atlantic and Mediterranean coast: why swimmers get their legs bitten 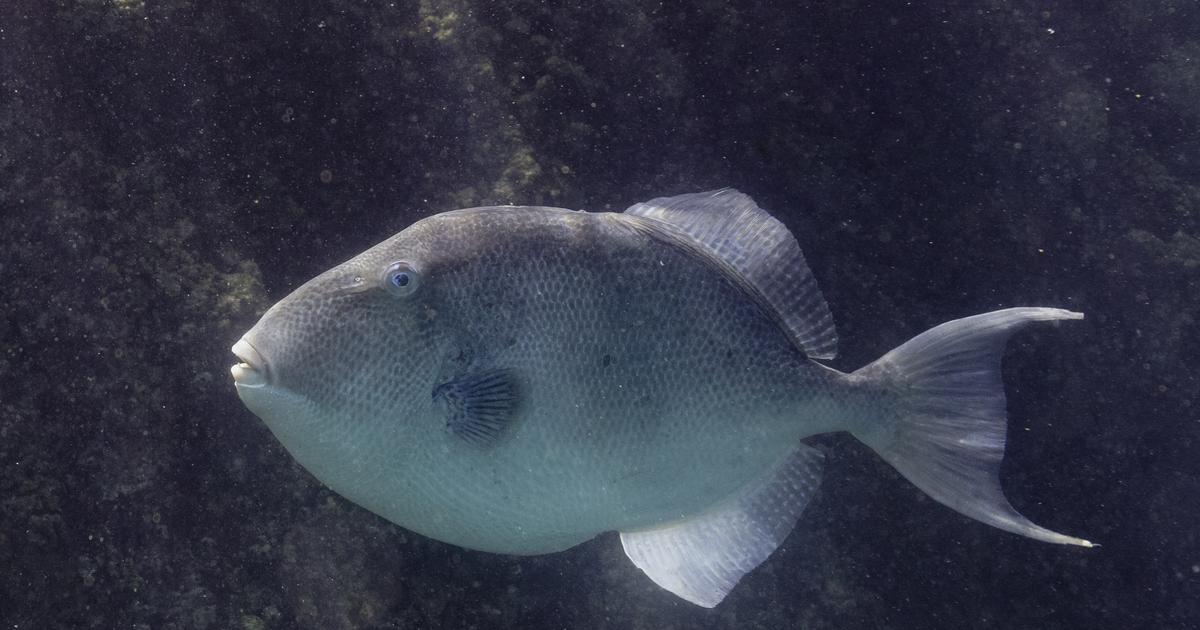 On the French coasts, the triggerfish bites the legs of swimmers on the shores of the beach 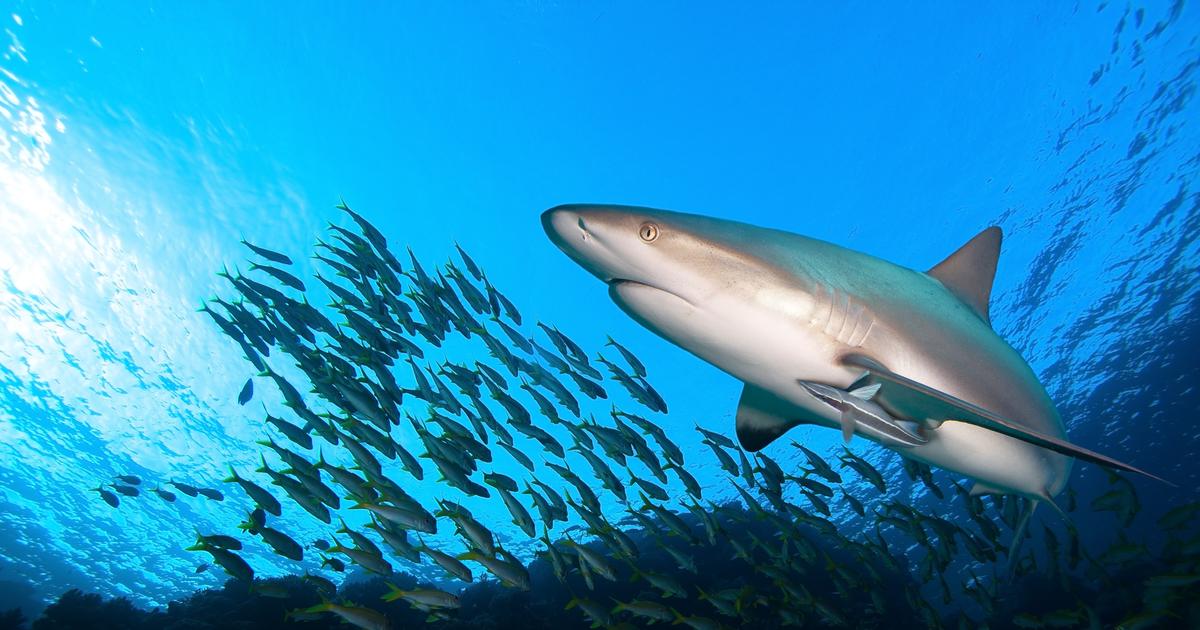 Poisonous fish on the North and Baltic Seas: Beware of the "weever"&nbsp; 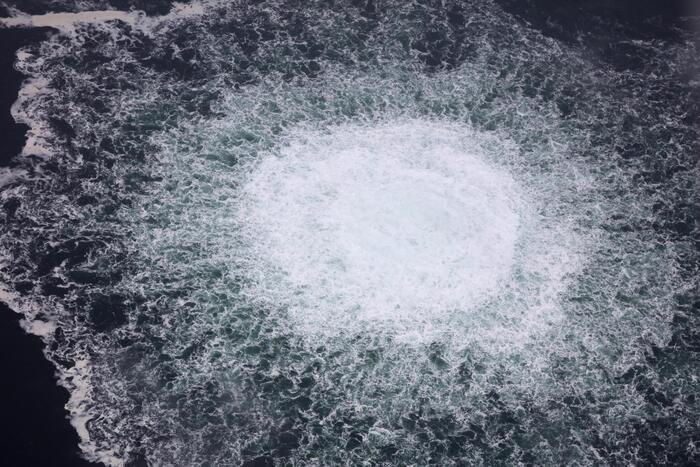