"Aida" at the Salzburg Festival: war can be so sterile Created: 08/13/2022, 18:40 By: Markus Thiel Living images à la Oberammergau also characterize the second edition of Shirin Neshat's production. © Ruth Walz It is the second premiere attempt for this "Aida" at the Salzburg Festival. You won't be happy with Shirin Neshat's revised direction either. There's a great new Radamès for that. At t It is the second premiere attempt for this "Aida" at the Salzburg Festival.

You won't be happy with Shirin Neshat's revised direction either.

There's a great new Radamès for that.

At that time she was honored as the central star of the opera world, today she is a leper because of what is said to be an unclear attitude towards Russia.

With strong bronze make-up she made her role debut as an Ethiopian princess, today blackfacing is over.

And then the dress, embroidered with crystals from the festival sponsor Swarovski, as well as the costumes of the 24 slaves.

In 2022 something simple in dark blue will do.

There are five years between the first premiere of the Salzburg "Aida" and the new production this summer, they are worlds apart.

For Anna Netrebko, the 2017 production was a diva vehicle.

Nobody expected a radical revision and it wasn't opportune either.

The Verdi cracker is used in Salzburg as a box-office bell to lure traditionalists.

And yet there are a few sharpenings, cautious attempts at ambition.

Videos by Shirin Neshat can now be seen on the monumental Ytong blocks by stage designer Christian Schmidt.

Bedouin women in black glaring accusingly at the camera, a comment on the ever-war-hungry hunks.

Later you follow a procession with a corpse on a wave-swept coast.

Amonasro is stabbed to death

The stretcher, carried by mute men, is also performed live, with Amonasro on it, who was brutally stabbed to death at the end of the triumphal picture.

Now he suddenly wakes up to haunt daughter Aida's brain as the Phantom of the Opera.

This is strange, but also necessary.

He still has a duet to sing.

During the changeover breaks, you see huge, black-and-white faces shaped by life and suffering, projected on the curtain, and whispers come from the loudspeakers – it usually takes too long.

So Shirin Neshat dares to come out of cover a bit.

The constant murder, the oppressed women, the torment of exile, all of that now shines through.

The living pictures, a kind of Oberammergau with the flavor of the Foreign Legion, receive a cautious commentary.

And yet everything remains fatally clean, germ-free and infinitely harmless.

As if war and oppression could be understood as an aesthetic phenomenon.

Piotr Beczala made his debut as Radamès, here with Elena Stikhina (Aida).

This year the premiere is a Divo vehicle.

Piotr Beczala risks the Radamès for the first time, he achieves great things.

His lyrical past is heard in every bar, it's the voice of a lithe stylist.

Added to this is a substantial portion of vocal ore.

Beczala has no trouble with dramatic moments like at the end of the fourth act, but always remains flexible.

The high Bb at the end of the great aria, which hardly anyone succeeds like him, he can start in buttery, relaxed mezzavoce.

And the fact that everything sounds as if Lehár left behind his best opera is only good for Verdi.

Elena Stikhina draws her Aida with finer hatching than the opulently moody Netrebko.

The turmoil of the slave is now also noticeable, there is enough power for the big tones, later stiffening creeps in.

Vocally speaking, Egypt's princess would be a better match for Radamès.

The Swiss has so much charisma that for a few minutes one forgets that she is not directing.

Luca Salsi's powerful Amonasro was there in 2017, as was Roberto Tagliavini.

He has a beautiful voice, but remains neutral as king.

Erwin Schrott (Ramfis) gets intoxicated again with his granular bass-baritone and has his own idea of ​​tempo and sometimes also intonation.

The chief conductor of the Théâtre de la Monnaie in Brussels knows what Verdi, the singing staff and the audience need.

In 2017, Riccardo Muti was still on the move with delicacy, as a careful balancing artist, so much now seems more direct, more earthly, also as if disenchanted - listen to the introduction to the Nile scene: What should shimmer with Verdi is experienced as if under neon light.

The Vienna Philharmonic delivers brilliance by the book, some things are too loud.

The silky prelude, the fading of the final duet, on the other hand, can hardly be heard so delicately anywhere else.

Shirin Neshat has to face a boo storm.

One would not have expected this with such vehemence.

But perhaps even this gala community has understood: a half-concert performance has become only a one-third concert. 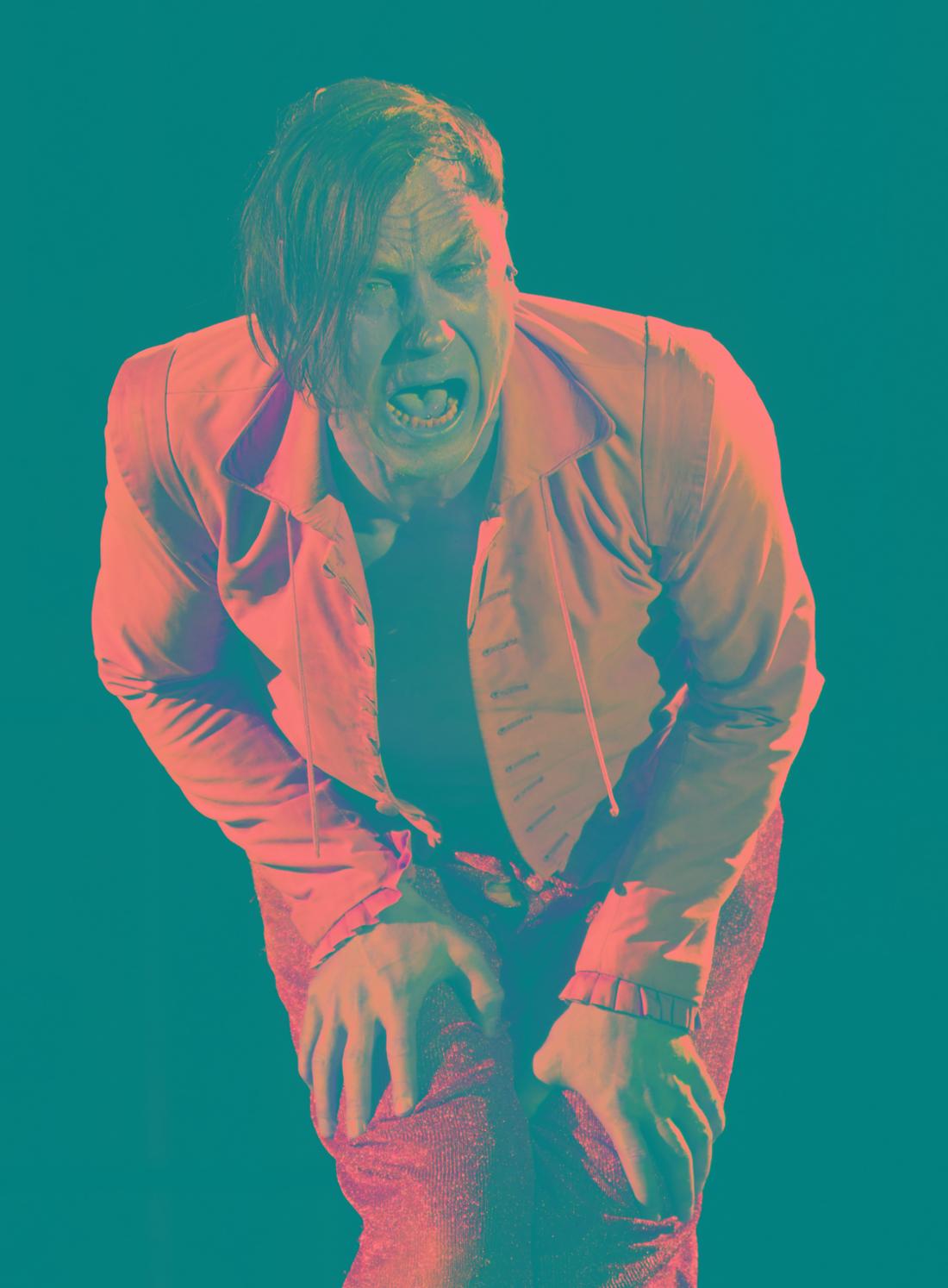 Lars Eidinger retires as Jedermann at the Salzburg Festival! 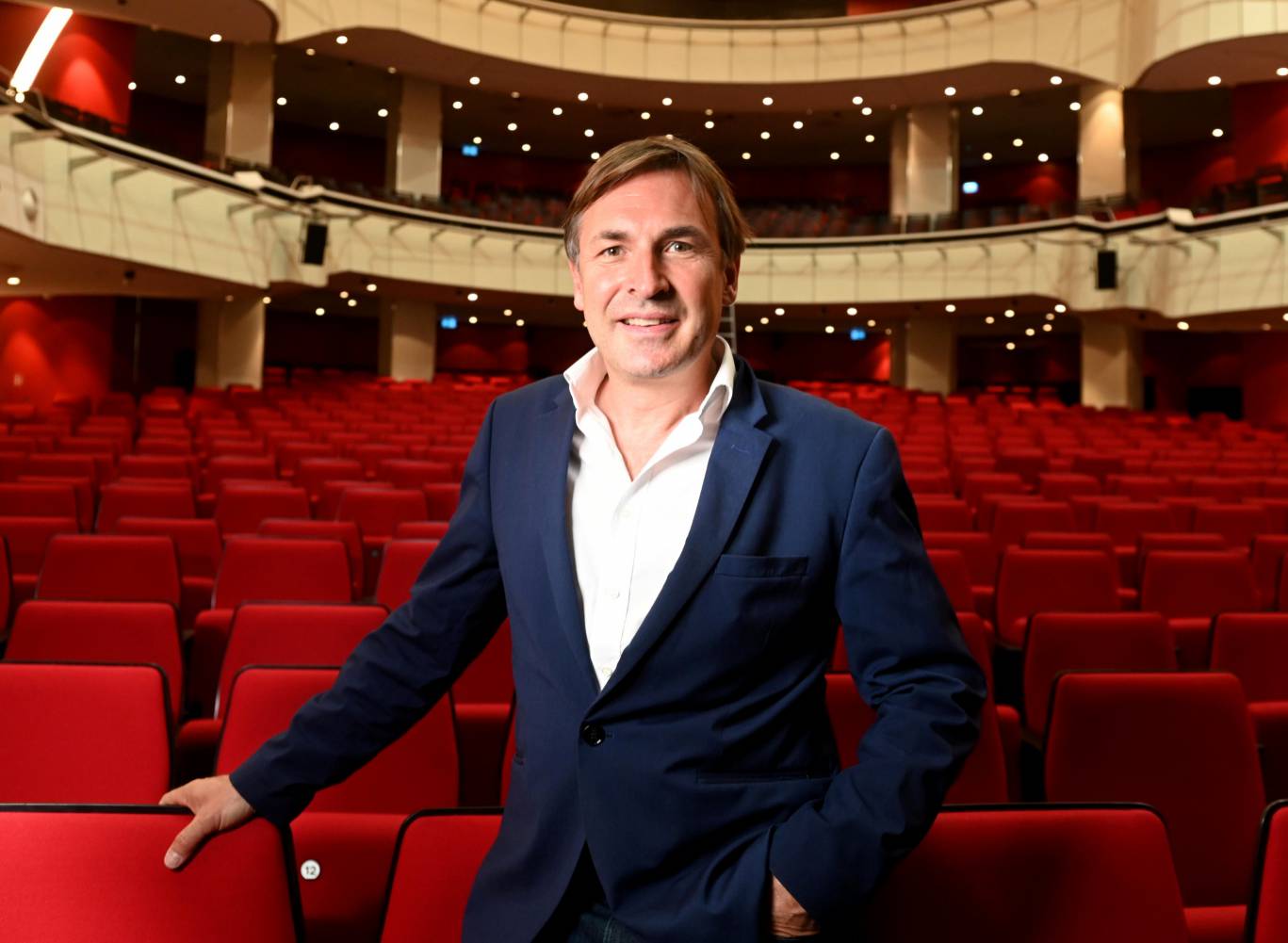 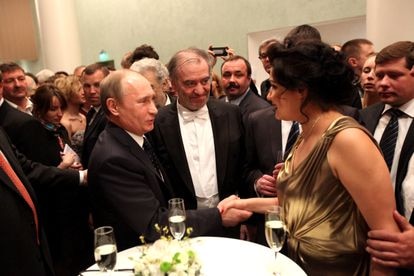 I'll show you: Anna Netrebko at the Castle Festival in Regensburg "Iphigenia" at the Salzburg Festival: A terribly terrible family

Angela Merkel in the cheap jet: Departure from the Salzburg Festival is dragging on

Damascus University announces the start of registration for the supplementary course for fourth year students in the open education system
2022-10-02T11:19:03.108Z