Günter Wallraff would not have thought that an assassination attempt on Salman Rushdie was possible after such a long time. Here the journalist tells what it was like to hide him at home under the highest security precautions. 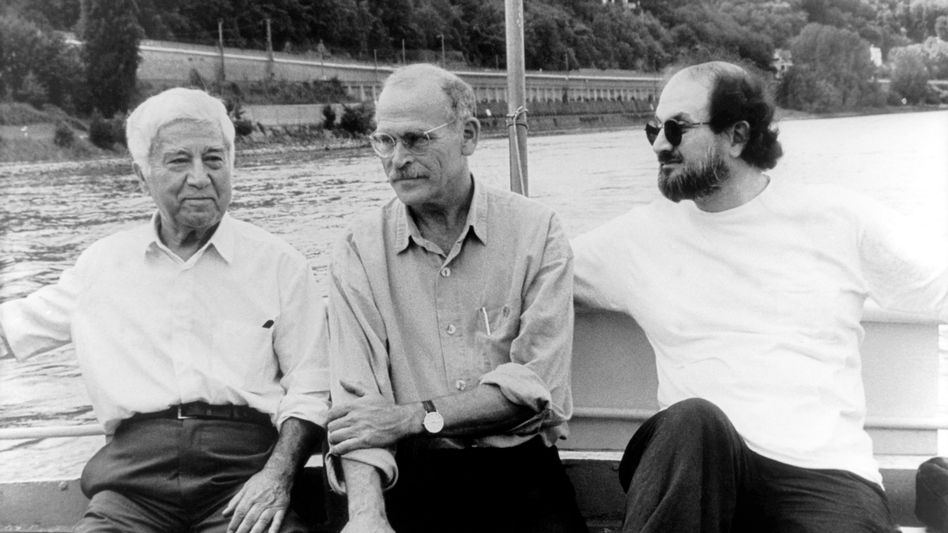 Aziz Nesin, Günter Wallraff and Salman Rushdie on a boat trip on the Rhine in 1993

One of my best friends at the time was Aziz Nesin, a now deceased author and satirist from Turkey.

He was also threatened with death because, among other things, he also satirically dealt with Islam.

In an attempted assassination attempt on him, 37 people were murdered.

He was at odds with Salman Rushdie.

Both received death threats for their satirical lyrics, so they had that in common.

I wanted to bring them together so they could get to know each other and reconcile.

Salman Rushdie had a high bounty on his head, he was world famous and his life was in danger.

It was difficult to even get him here.

The airlines have refused to carry Rushdie.

Because of the alleged danger to the other passengers.

So I chartered a private plane, the pilot only realized who he was transporting in the air.

On the return flight we didn't dare to do that either.

The bounty was simply too high, the pilot could have changed his mind in the air.

I then placed an advertisement in the newspaper and called for a boycott of Lufthansa.

The pressure was enough for them to give in and finally let him fly, as did other vulnerable public figures, such as politicians from Israel.

how did Rushdie come to live with you?

After he spoke to Aziz, I offered him to stay with me for a longer period of time.

I had made it my business to bring him together with politicians.

That should provide support and protection.

He was pretty much avoided and basically abandoned.

Didn't you have the feeling that he had enough support?

No, on the contrary.

Norbert Blüm was immediately willing to help, as was Kurt Biedenkopf.

Helmut Kohl let me know that "for political reasons" he felt unable to receive him.

How do you have to imagine that when Rushdie lived with you?

The highest security precautions applied, security level 1. This means that an attack must be expected.

Around the clock, day and night, the state security guards stood in the garden themselves.

Rushdie had a good relationship with them.

But it was a big burden, he was never alone.

The walkie-talkies at night were so annoying that he couldn't sleep well.

Armored cars were parked in front of the door, and one of the security personnel had even dressed up as a homeless man and was sleeping on a bench nearby.

Was there a dangerous situation?

But once again we became very aware of the danger.

Whenever we wanted to leave, it was always very cumbersome, you had to register and have it approved beforehand.

We went out to the terrace of a hotel on the Rhine and ate there.

Then a waiter, apparently of Arab descent, recognized Rushdie and said to him: I'm on your side and I would advise you to dress up.

On the other side of the Rhine is the Iranian embassy, ​​I could pick up the bounty there.

After the incident I offered Rushdie to take him to my makeup artist who would have completely disfigured him.

He refused, for understandable reasons.

It would be a self-abandonment for him.

Just a few years after he was sentenced to death by fatwa, Rushdie said in a SPIEGEL interview: "I don't want to live in this isolation any longer. Last week I even went to a book party.

Not because my situation has become safer, but I have to show that the only way to resist terrorism is not to let yourself be terrorized.

It's caution and at the same time a refusal to be a prisoner in my own country any longer.' Was that a trade-off: a safer life or a good life?

The mullahs had announced that they would ensure that Rushdie "was stuck in his rat hole for the rest of his life."

But he didn't want to hide.

He is a citizen of the world in the ideal sense.

He didn't shy away from the risk and deliberately went public.

He wanted to stand up to his enemies.

One of his biggest mistakes, he once said, was initially giving in to the English authorities who wanted him to distance himself from The Satanic Verses.

Is it even possible to endure such a permanent danger, or did he have to suppress it?

He decided to ignore that.

He is no hermit, no recluse.

He needs the company, that's where he thrives.

Did you expect that now, after all this time, someone else would try to kill him?

I wouldn't have thought it possible.

And I'm sure neither does he.

We still know too little about the perpetrator to speculate what the political consequences will be.

But if you look at what the pro-state Iranian media are writing about kissing the assassin's hands, it becomes clear that this will have political consequences.

According to "Bild am Sonntag," Interior Minister Faeser shares responsibility for the knife attack on Rushdie with Iran.

There is still no public distancing by the Iranian government from the fatwa, on the contrary, it still exists.

So Iran has an obligation and has a responsibility.

I am glad that such clear statements are now being made by the government.

It took a long time.

Günter Wallraff shocked by the attack on Salman Rushdie 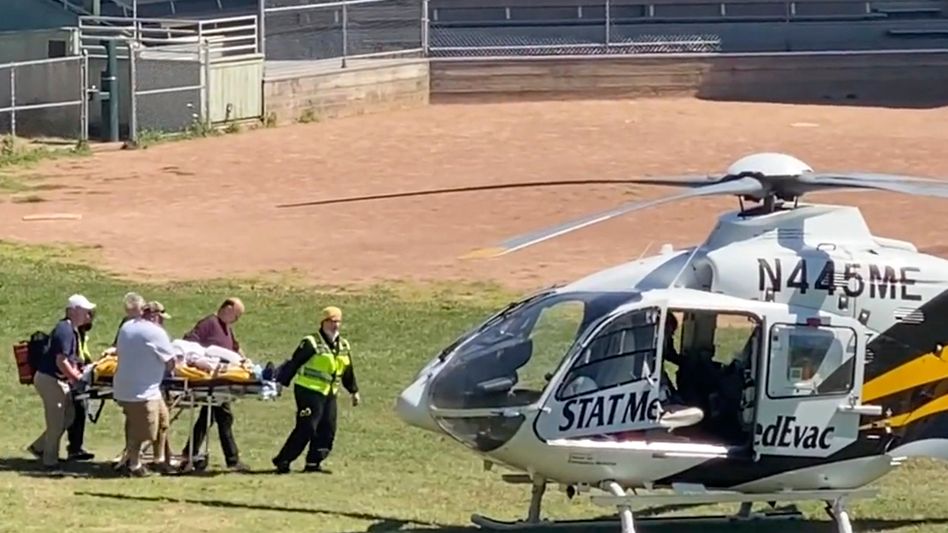 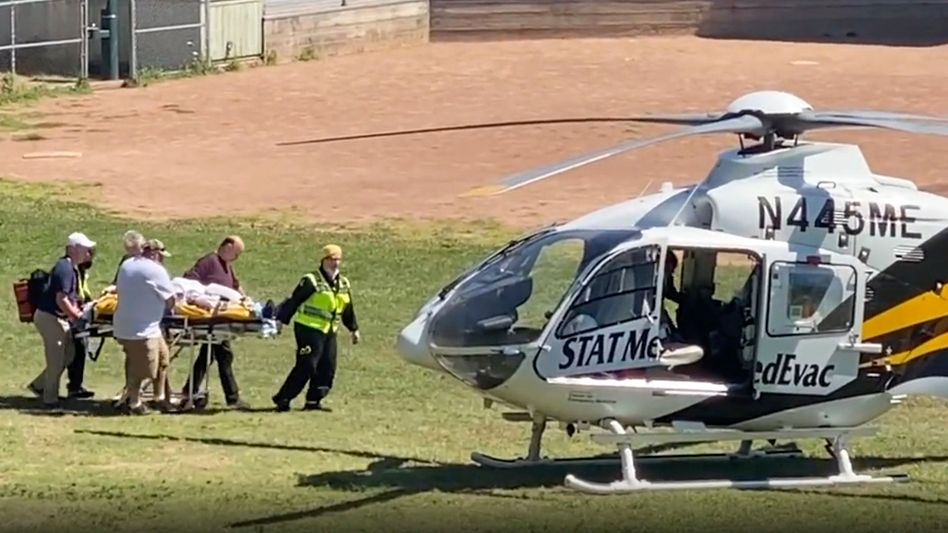 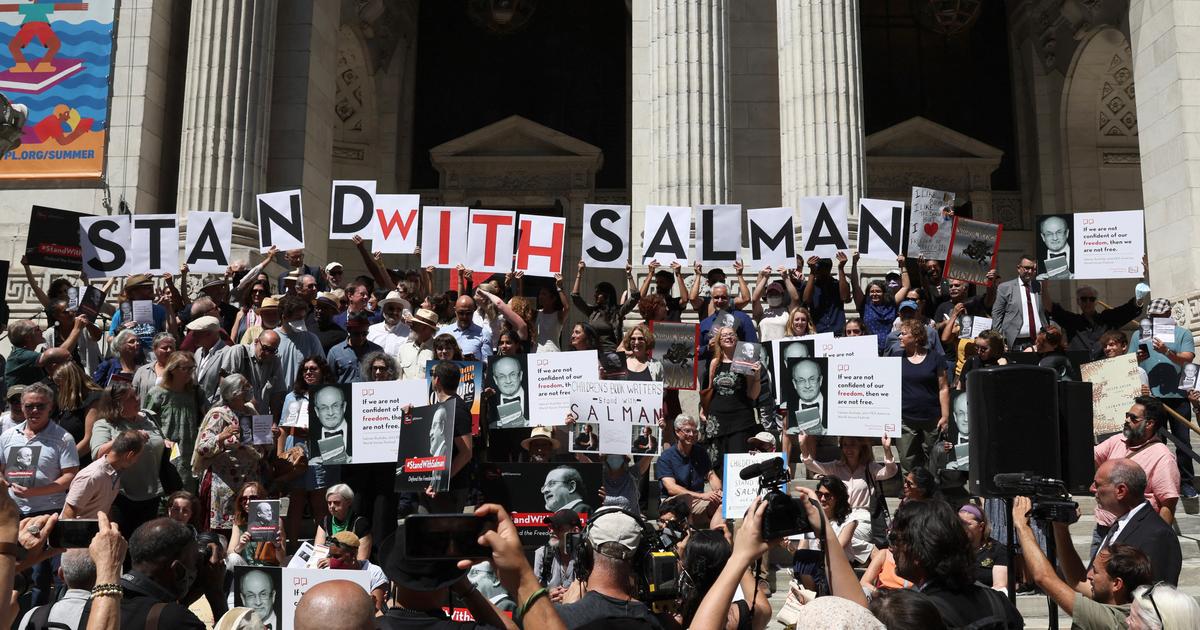 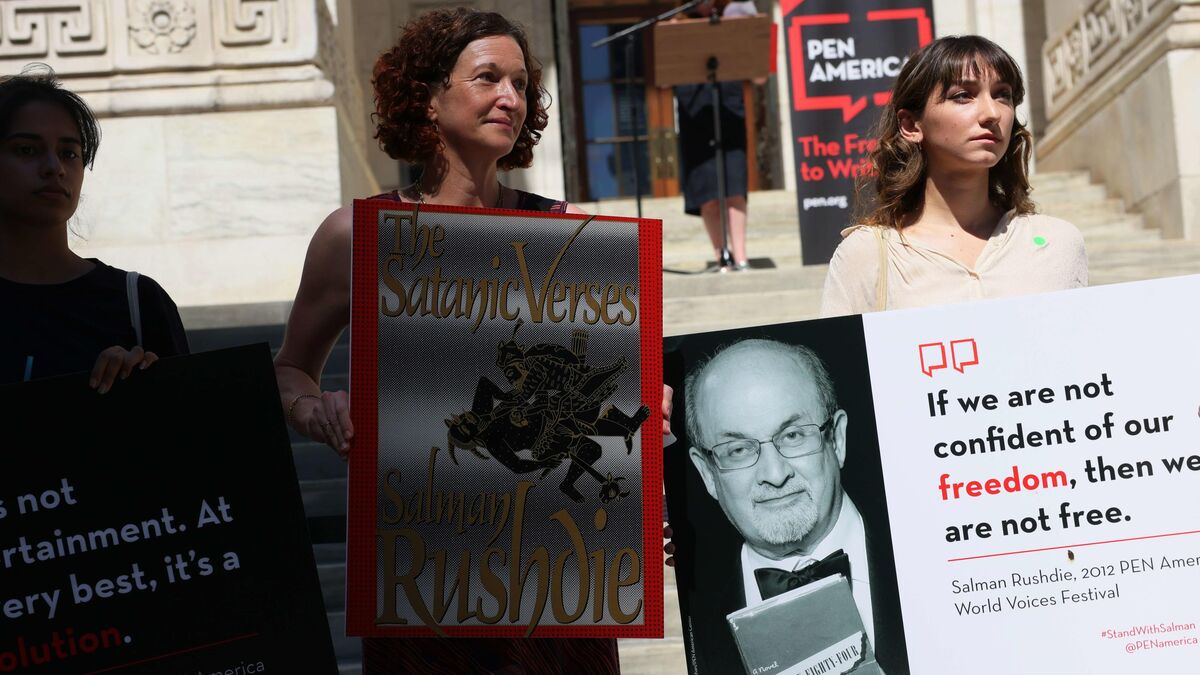