"I show the history of the Hebrew language": the director who is not afraid to deal with languages Israel today

Nurit Aviv's track record already includes dozens of movies, including the Israeli classic "Snail" • The focus of her work for the past 20 years is the Hebrew language - and the lives of its speakers • She says: "Language is the most amazing thing the human race has" 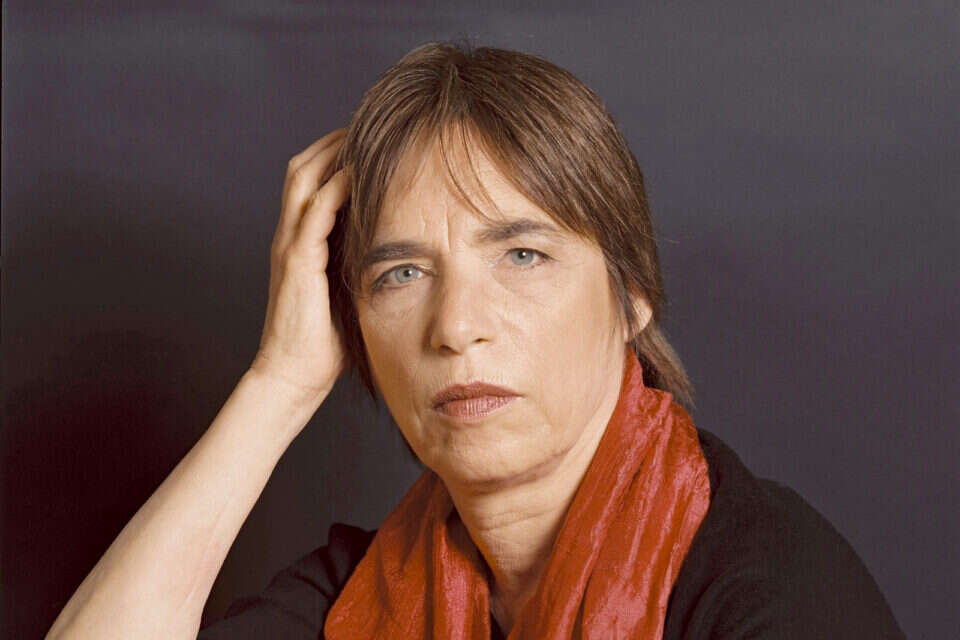 Photographer and director Nurit Aviv has a very impressive record.

She began taking photographs at the age of five, published her first photographs at the age of six and a half (in the children's weekly "Haaretz Shlenno"), studied cinema in Paris (in the merry 60s), was the first cinematographer in France (and the first in the world), photographed the Israeli classic "Snail " with the Lol group, and shot dozens of films for world-renowned directors such as Ennis Varda, Michal Bat Adam and Amos Gitai.

Meanwhile, for the past two decades, the 77-year-old Aviv has mainly been making documentaries dealing with languages.

In 2004, she directed "Language to Language", which focused on writers and poets, such as Aharon Appelfeld, Agi Meshaul, Haim Oliel and Meir Wiseltier, who write in Hebrew, even though it is not their mother tongue.

The film won the DocAviv Festival and led to the creation of other films, including "Holy Language, Sheft Hul" (2008), "One Language and One Language" (2011) and "Yiddish" (2020), all of which continued to explore and delve deeper into the Hebrew language (and its neighboring languages ) and into the lives and world of the people who speak, study and breathe it.

In this sense, Aviv's new film, "Words that remain", which will be screened the day after tomorrow (Tuesday) at 13:45 as part of the Docutext festival, continues the trend by presenting six people (among them the writer and translator Zohar Almakais and the artist Anat Fik) who remember the languages ​​that accompanied their childhood : a variety of Arabic-Jewish, Spanish-Jewish and Persian-Jewish dialects.

All of them were written in Hebrew letters, all of them have a Hebrew-Aramaic component, and all of them are disappearing from the world.

From the movie "Words that remain",

"The idea for the new film came from 'Yiddish,' the previous film I made," says Aviv during a telephone conversation from her home in Paris.

"As you know, Yiddish is written in Hebrew letters, and that's how I started thinking about other languages ​​that were written in Hebrew languages. In the film I address people who heard these languages ​​in their childhood and whose words left their mark on them. Moreover, the memory of the words, or the language they heard as children, also made some people with whom I spoke to create new things from this place. What's interesting is that despite dealing with dead languages, a film actually came out that talks about what is alive and not what is dead."

You have been dealing with languages ​​in your films for almost 20 years.

Where did your interest in the field come from?

"It started with the film 'Language to Language'. I talked to writers and poets, I studied the history of the Hebrew language and the debate about the old and the new Hebrew. Then I moved to the work of translation and talked to people who translate from Hebrew into their native languages. I basically show the history of Hebrew. When I made the first film, I didn't know that my work for the next 20 years would revolve around Hebrew and languages ​​in general. It goes in so many directions. It's endless. I'm learning all the time. The most amazing thing the human race has is language and its translation, and my interest in the subject is only Growing from film to film."

You started out as a cinematographer and were actually a pioneer in your field.

"Yes, but I didn't know it then. My father was a photographer. He gave me my first camera at the age of 5. I don't know how to look at the world without a frame. I have a kind of 'disease' where I see everything only in frames. So what What kept me busy is not that I am the first woman in the field, but where I need to put the flashlight so that the photo comes out the way I want, or how I get the lighting engineer who works with me to agree to put the flashlight exactly where I ask. That was the problem, not that I was a woman."

And how did you come to shoot "Snail"?

"I don't know how they came to me. I think they saw a short film I made about the student uprising in Berlin in 1968. A very strange thing happened: in the middle of our meeting, a roll of film suddenly fell apart in the middle of the room and we spent hours together - with Eric, Uri, Schissel and the director Boaz Davidson – By rolling it back. After it happened, it was already clear that I was continuing with them. I have no idea how they got to me. Davidson must have heard that there was a camerawoman. Maybe because I had my own camera? Maybe that's why. One thing that leads to talk, there is no planning. I never planned to be a director or settle in Paris. The only thing about me that is planned is my films. They are very, very planned, they just seem simple."

"I show the history of the Hebrew language": the director who is not afraid to deal with languages Israel today 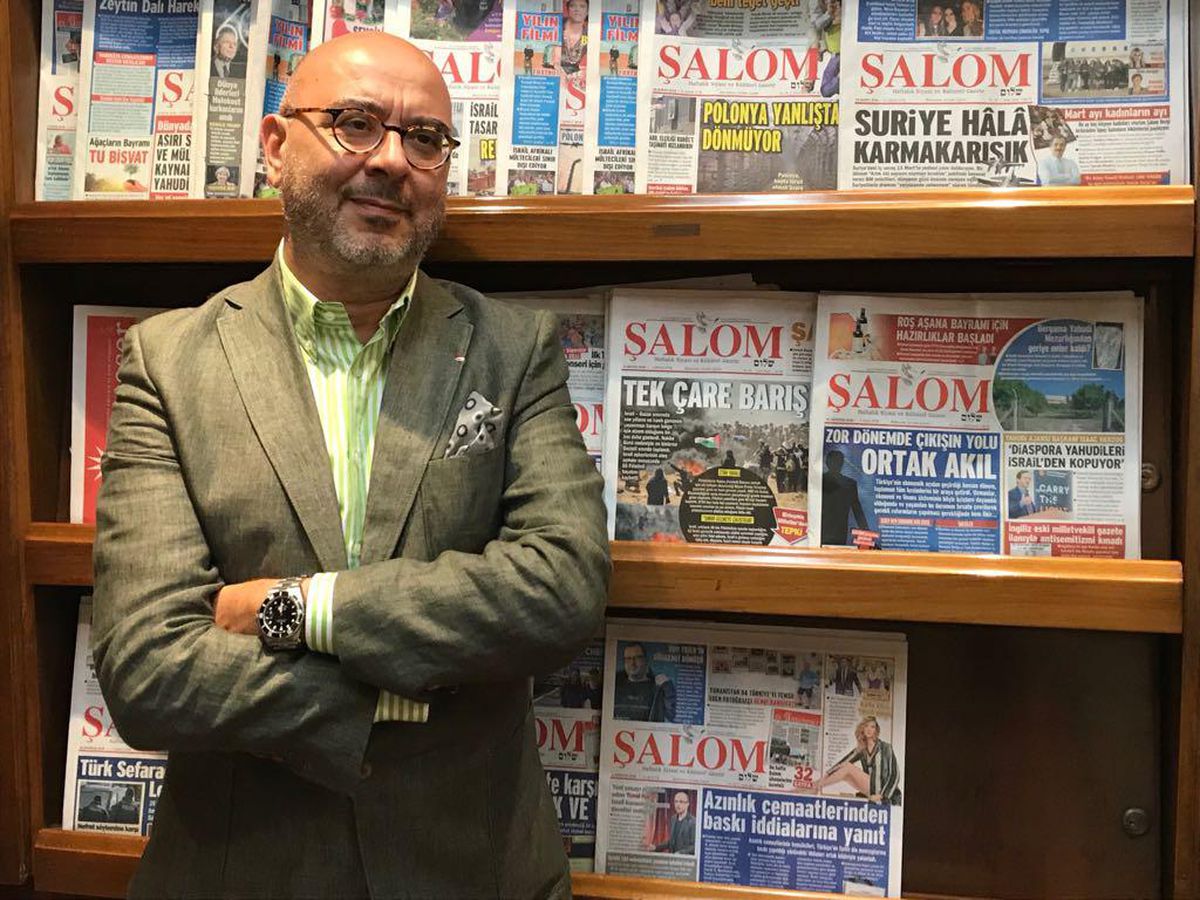 The last Judeo-Spanish speakers in Turkey 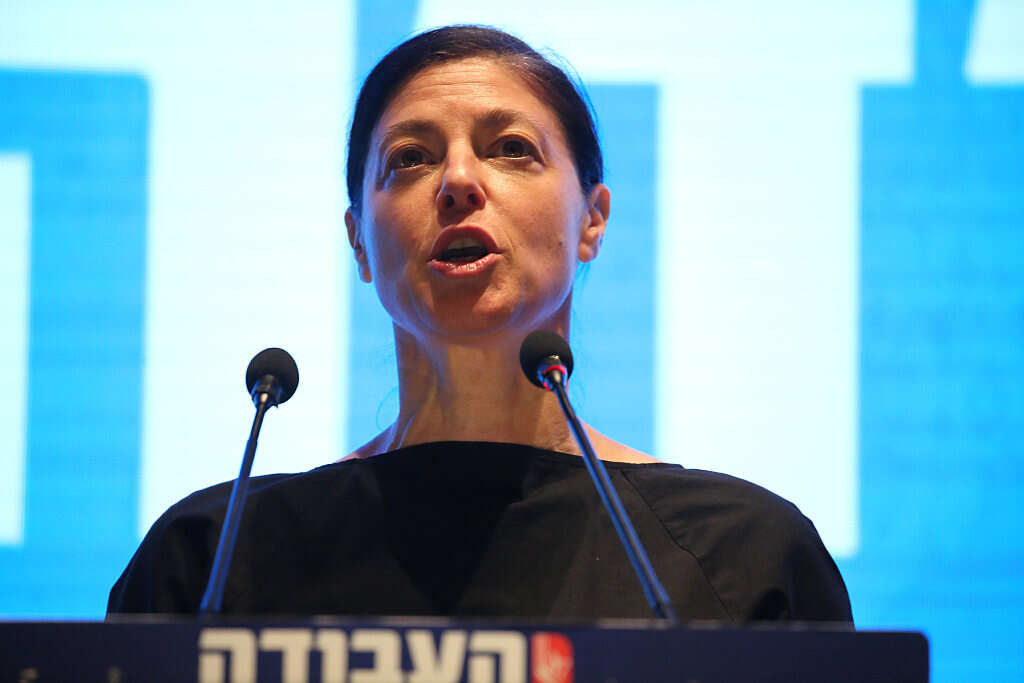 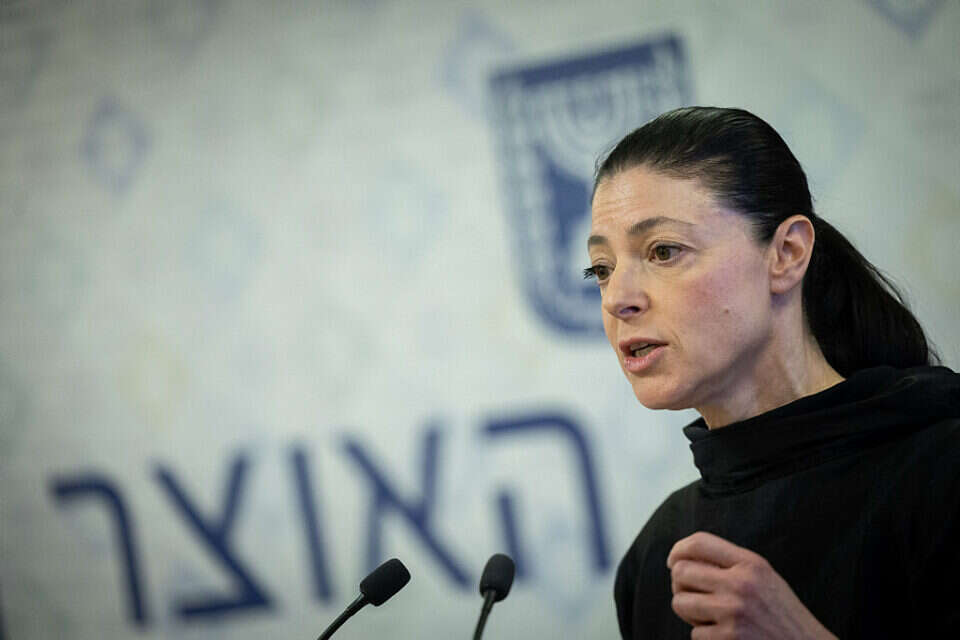 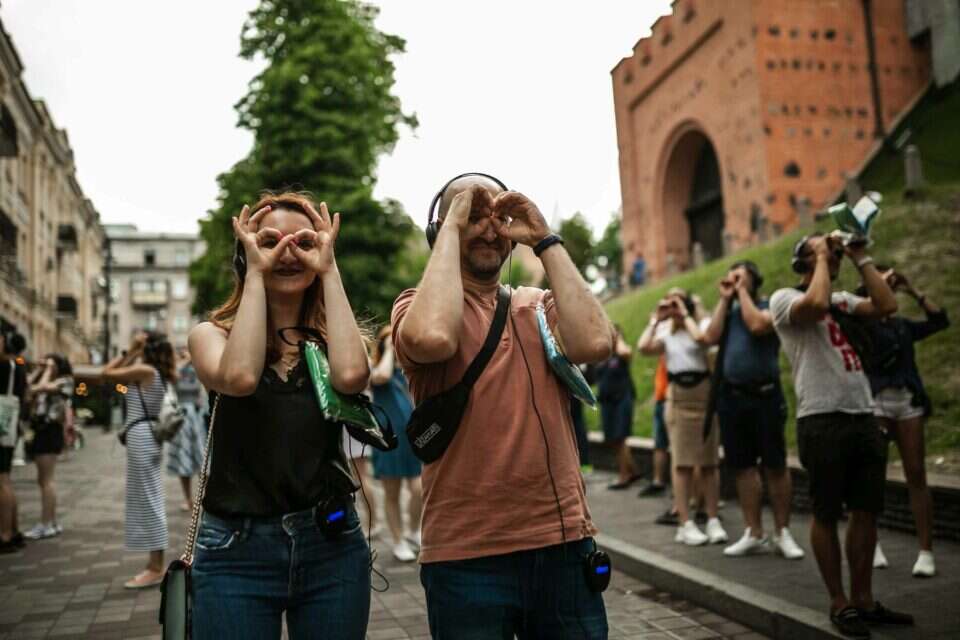 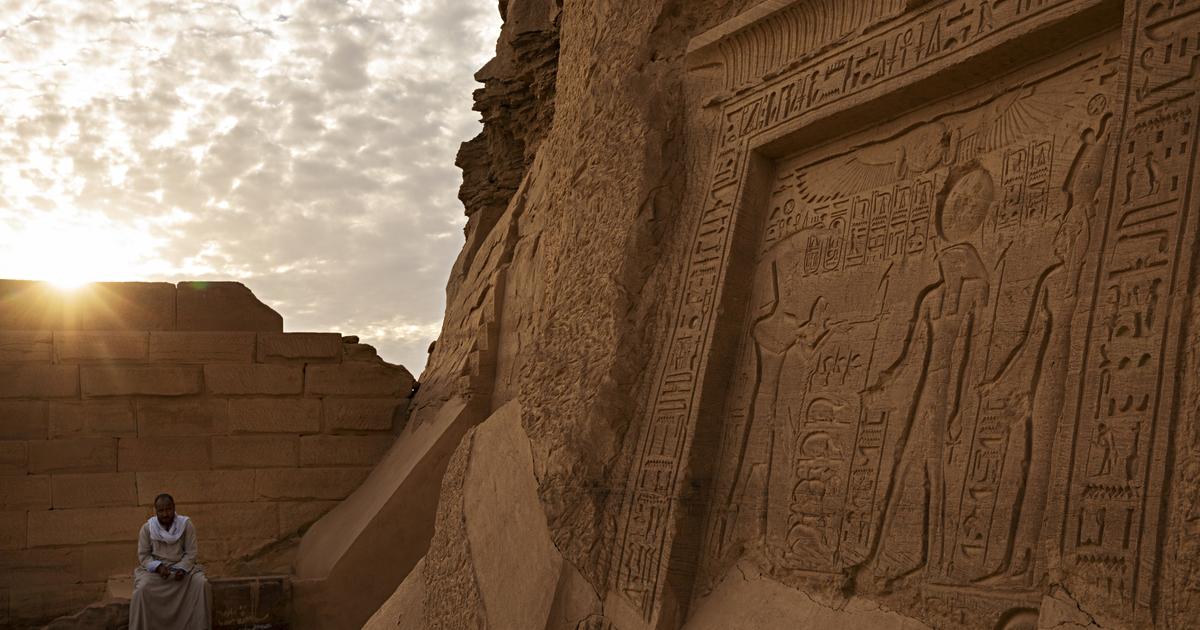 In Egypt, in the footsteps of Champollion: 200 years ago, he deciphered hieroglyphics 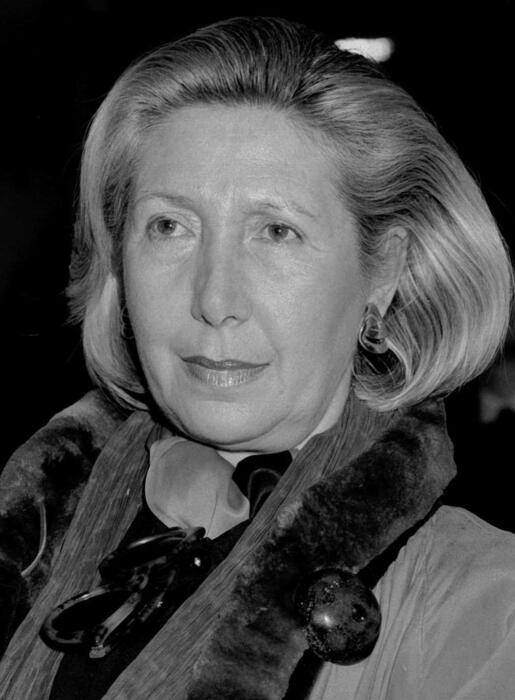 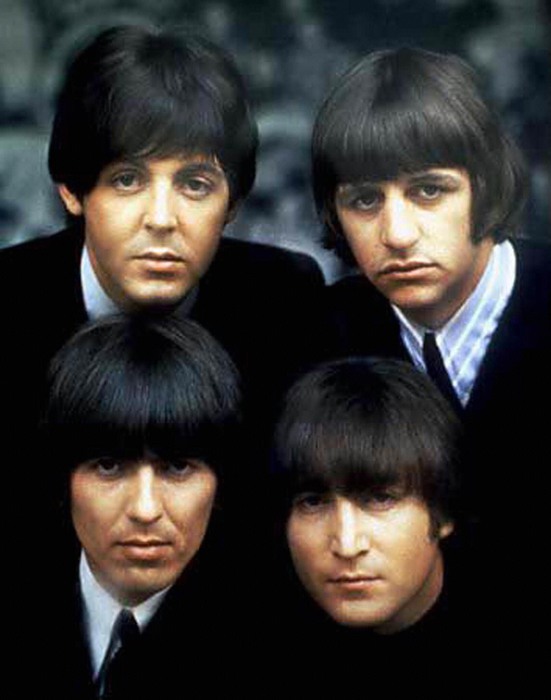